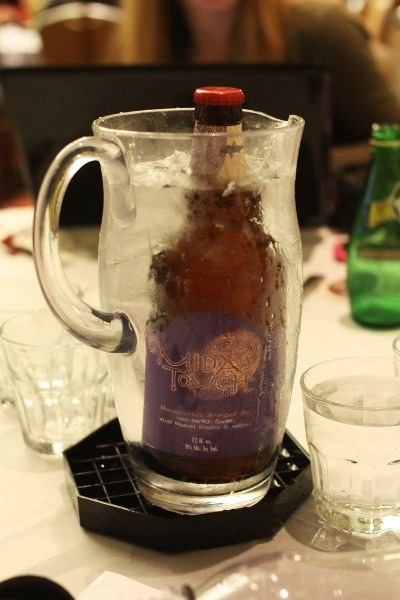 Thanks to sweet Shana, I had was carting around a 4-pack of delicious Dogfish beers. She brought them from her home state since she knows our household loves beer.

All we were missing was an ice bucket. 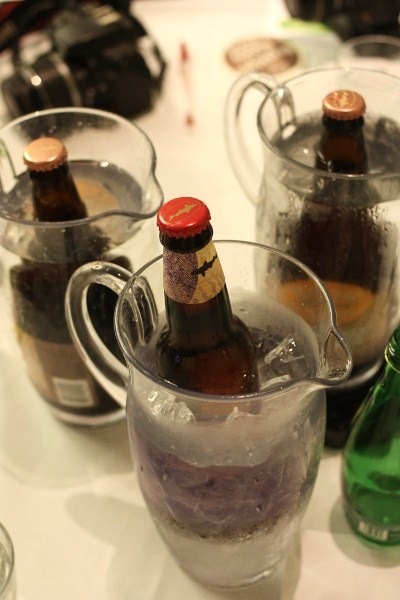 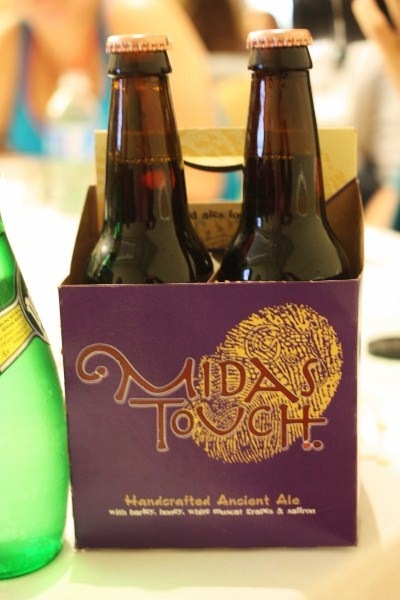 We tried multiple attempts to get the caps off… 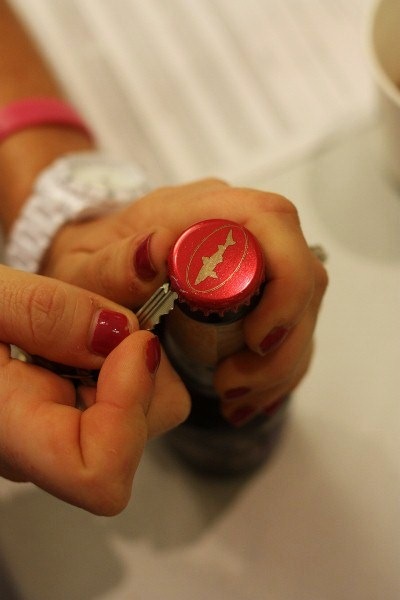 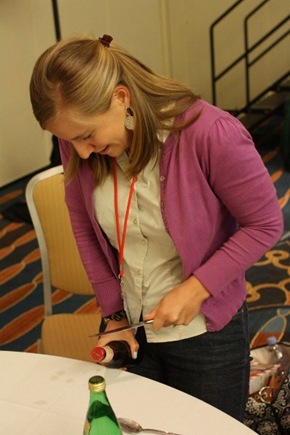 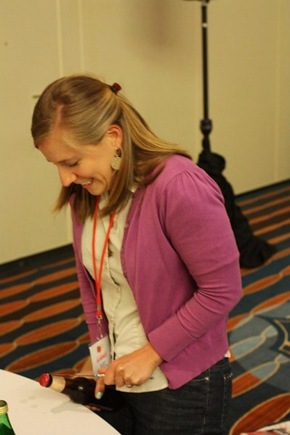 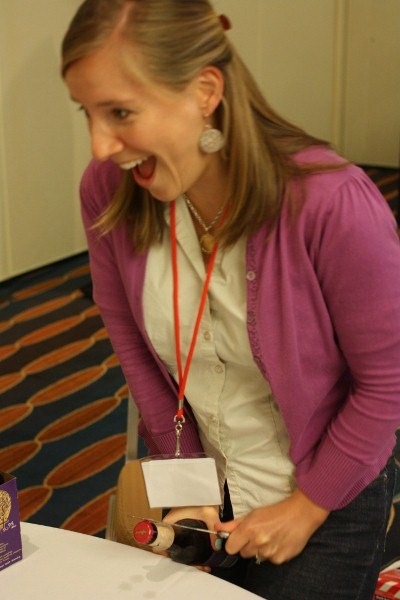 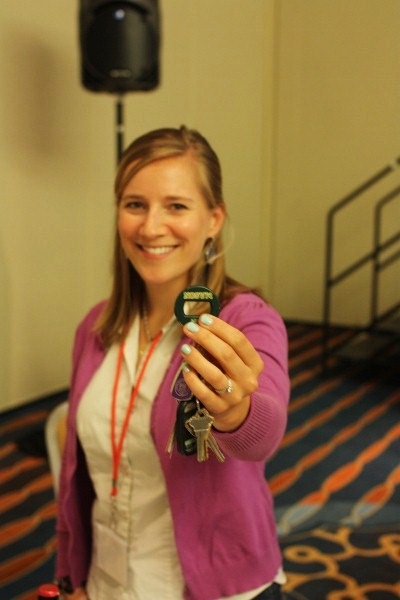 Gretchen and Anne were fans 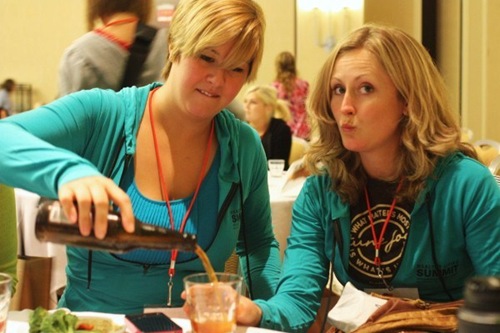 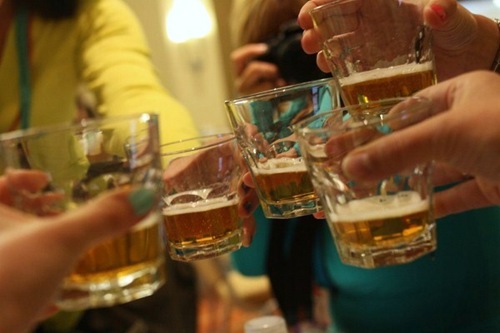 We split these among about 10 ladies, so everyone just had a taste – deliciousness! Loved the saffron Midas Touch! 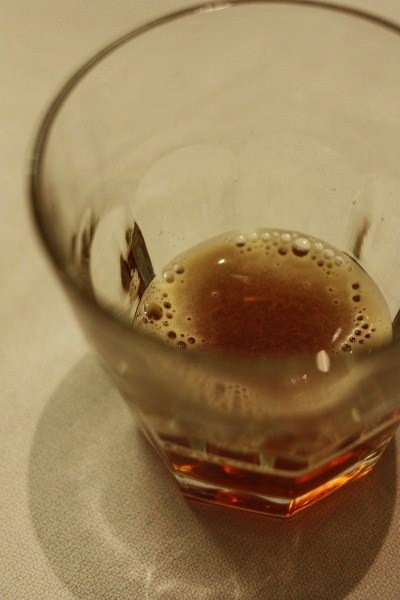 The conference ended with a bang (I ended up giving my Lulelemon giftcard back to the pot for another winner…guilt) and then we were free to play! 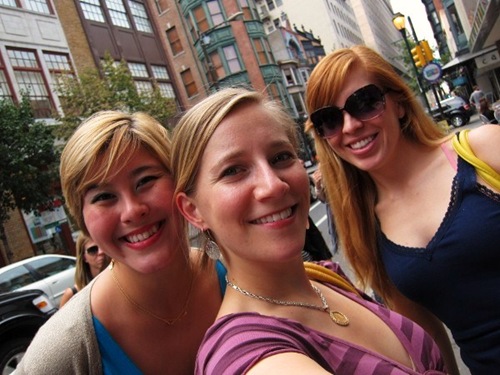 A random handful of us headed to a really awesome wine bar called Vintage! 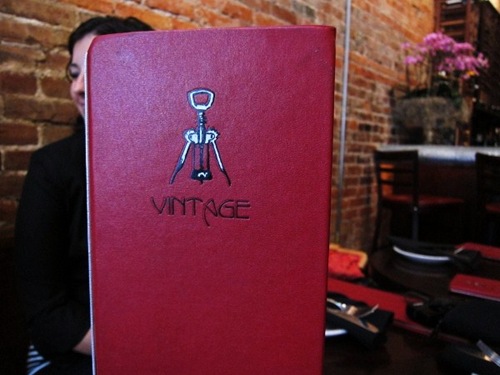 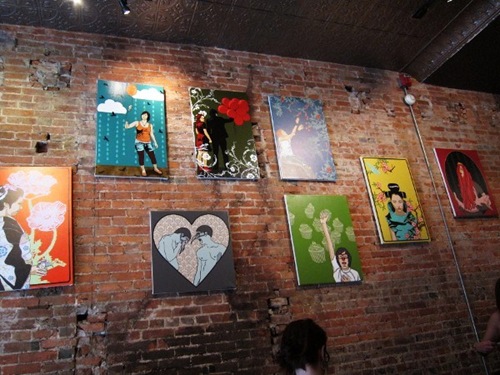 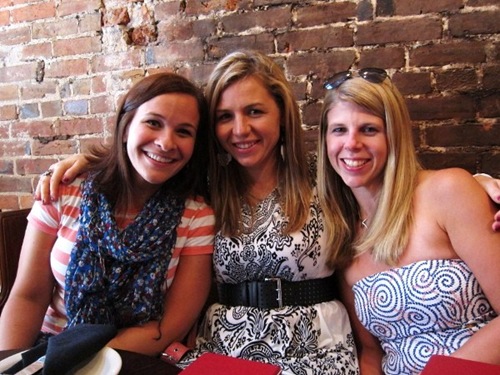 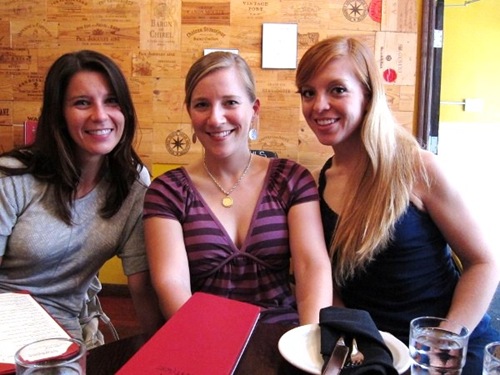 We ordered glasses of wine – go red!! I had the El Minor ’08 Shiraz from Australia [jammy, earthy, medium bodied] 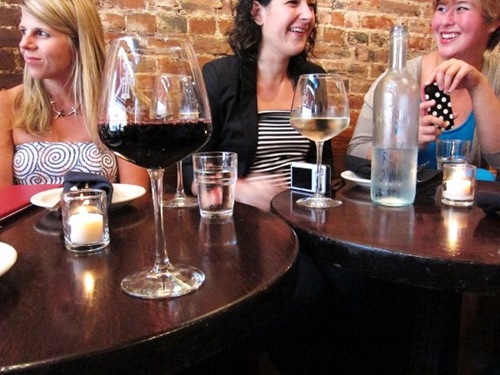 And I ordered a salad for the first part of dinner. Decided to start off on the right foot! 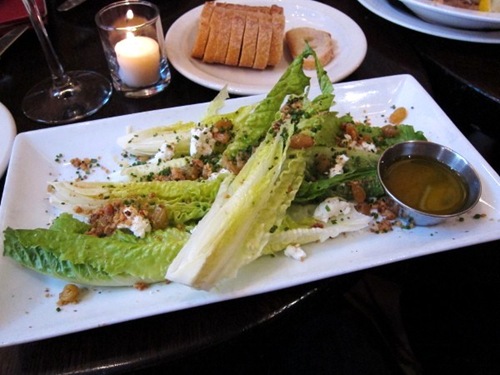 With some of Beth’s calamari on the side! 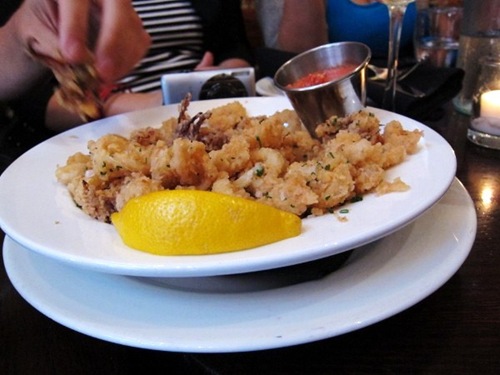 After our bites, we headed to the next bar. Hopping around just sounded easier than a big sit-down dinner for 15. 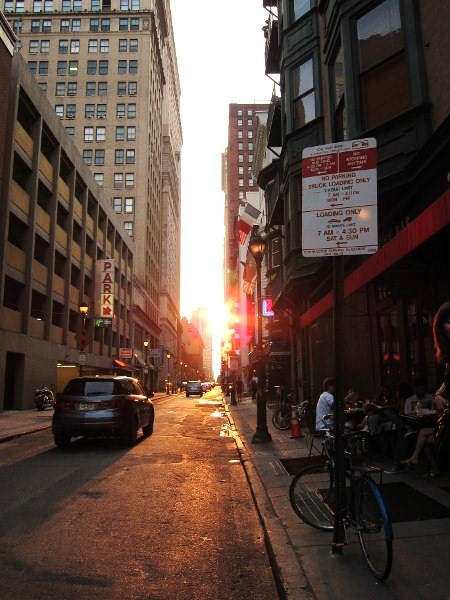 Next stop was a whiskey bar called Time 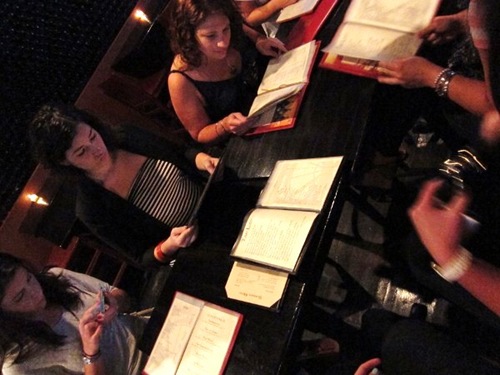 Where we found PUMPKIN BEER! 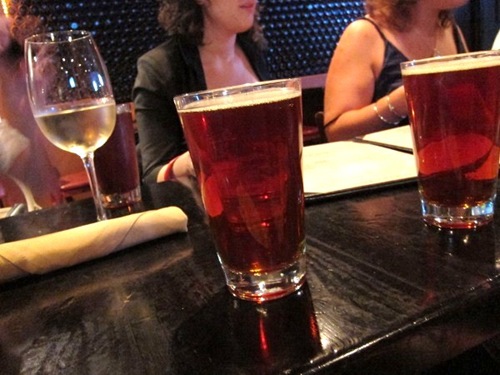 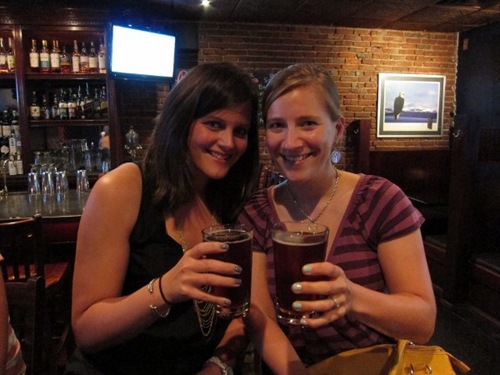 The beers were awesome – but they were high alcohol and I was pretty much done for the night afternoon.

Until Meghann arrived and brought up the topic of gelato!

We went to Capogrio and sampled the Burnt Sugar flavor….omg. 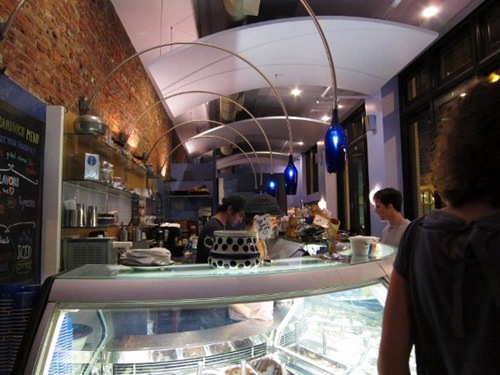 Heaven, when combined with dark chocolate.

After 2 drinks and dessert, I started to fade. I’ve been up since 5 and our evening started early – feels like midnight to me! I’m ready to rest.

Had a wonderful time tonight, and ready for some Quaker Oats for breakfast!!