Mondays are my new favorite day of the week!!! Forget Fridays and the weekend. Tonight is GOSSIP GIRL!! I’m having major withdrawal since I caught up with the episodes 🙁

This afternoon was spent curled up on the couch with my notes + textbook. I feel a lot better about the big concepts we’re going over – all of the enzymes + pathways involved in glycolysis, gluconeogenesis, glycogenesis, glycogenolysis, TCA cycle and more. It sure gets confusing though! A cup of green tea helped me relax.

At 4:30 Matt got home and I had a little snack before we set out on a group workout.

You know, I really just don’t like zBars that much. They just taste kind of bland and stale to me. I think the big draw is that they are cookie-like! 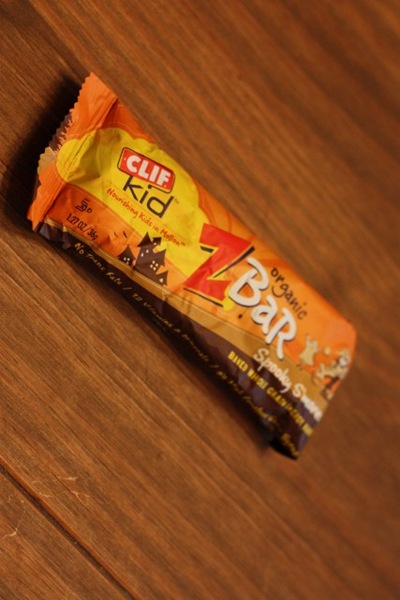 [NOTE: I am trying to eat down my bar stash a bit. Fall cleaning! So on that note, please refrain from leaving a comment telling me that you’ve noticed that I have converted from whole foods to all processed foods and you are displeased. Thanks!]

Workout was boring but efficient. Bike + Stairmaster for 30 minutes with Body + Soul, weight lifting on machines until my upper body was tired, bike home.

Finally got around to that PIE! 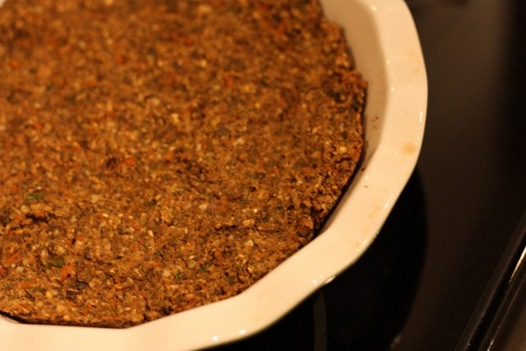 It hails from Vive le Vegan, a cookbook that I highly recommend. I have both this one and Eat, Drink + Be Vegan. While I don’t think every single recipe has been fabulous, they are creative and healthy and I love using them for inspiration. I generally like the cookbooks with authors who share a similar cooking style as me the most, and I think this one works well in my kitchen! 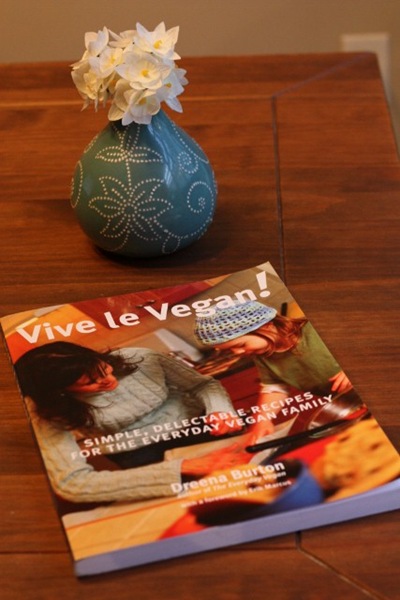 Sorry that I cannot share the recipe for copyright reasons, but know that it is lentil + oat based and baked into a nice pie.

Our version used carrots + bell pepper instead of onion + celery. 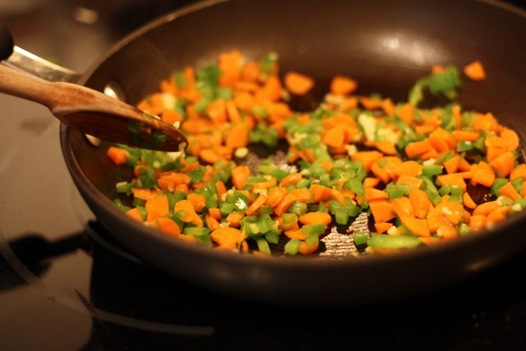 And French lentils because that’s all we had! 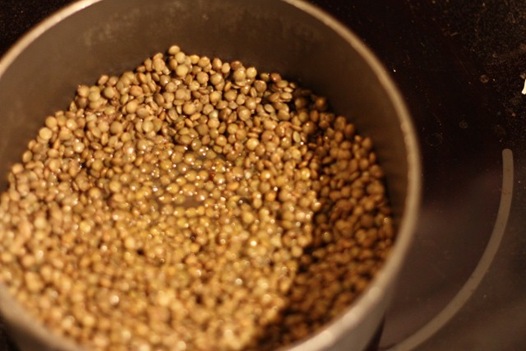 And toasted, salted pumpkin seeds that I had from OhNuts.com from the Healthy Living Summit. 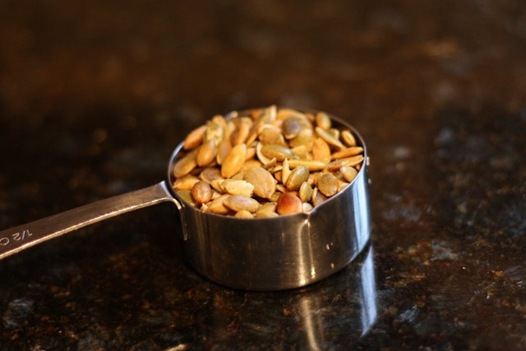 The recipe called for quick oats and while I think rolled oats would have been fine (or I could have just food processed them to make them the quick oat shape) I used some Quaker instant packets I had on hand to use ’em up. 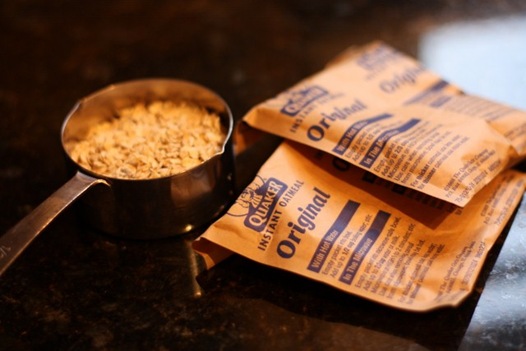 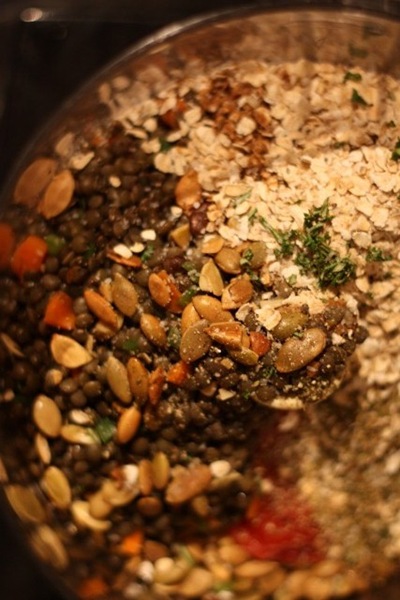 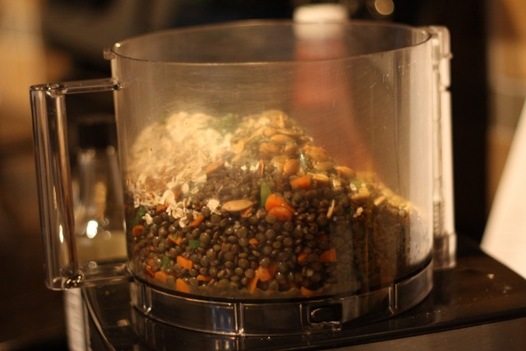 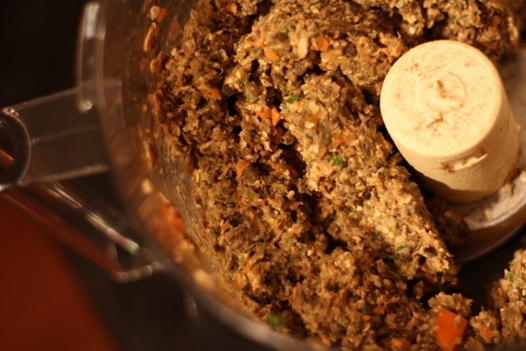 It came out perfectly! 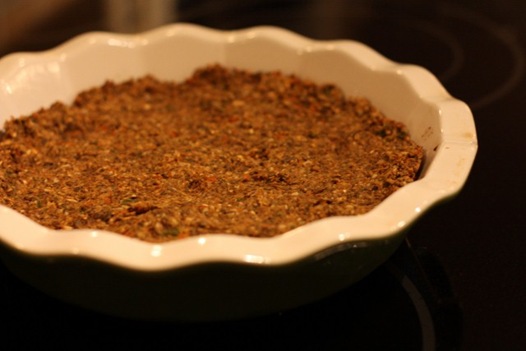 I decided to make a tahini sauce as Dreena recommended, although I just made my own version rather than using hers. 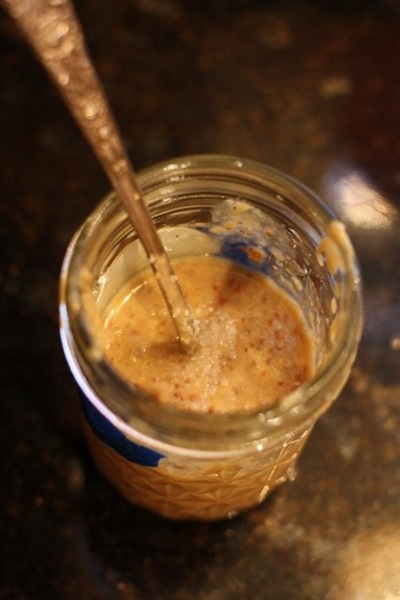 It was a great opportunity to use this Fortnum and Mason Lemon Mustard! 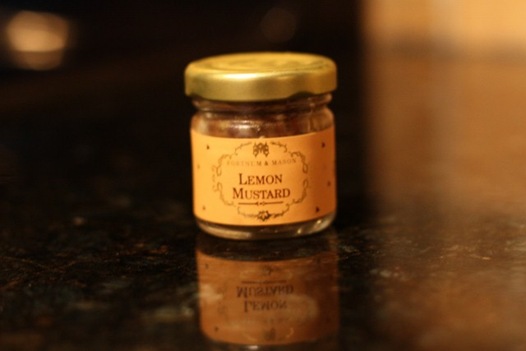 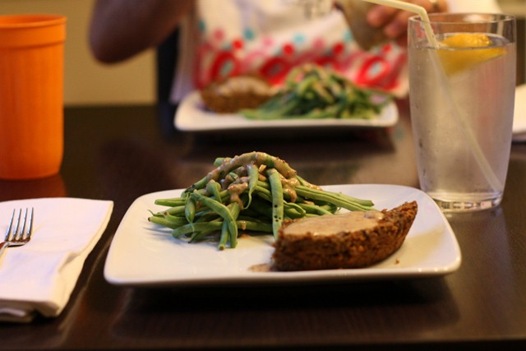 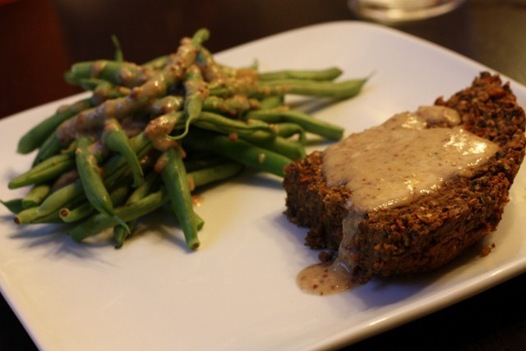 I cut the pie into quarters. I also did a quick nutrition analysis to get a ballpark portion size. The whole recipe was ~1100 calories (lots of rounding) so I estimated at about 300 calories per quarter. Maybe a little less. 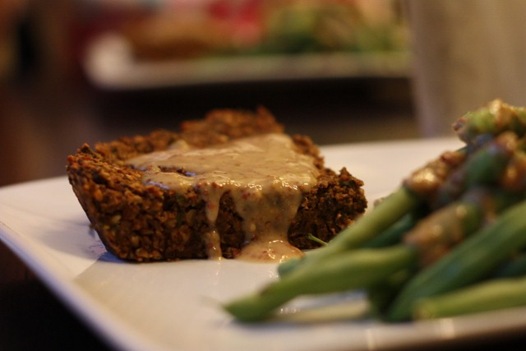 Beans were covered in tahini sauce too! 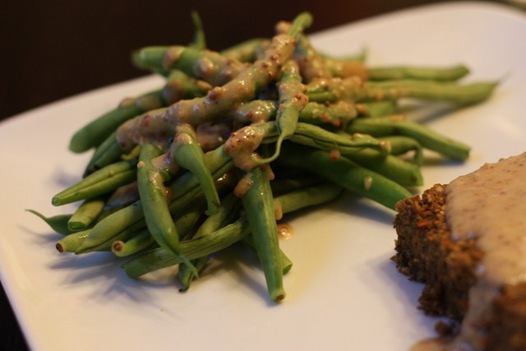 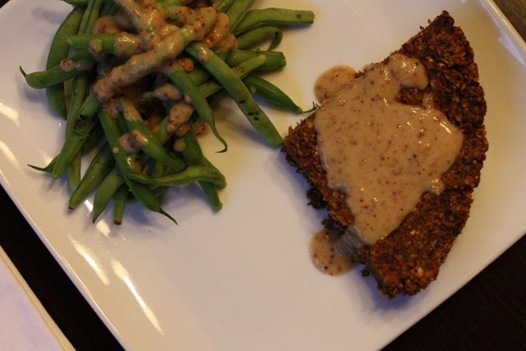 More lemon in my cup – 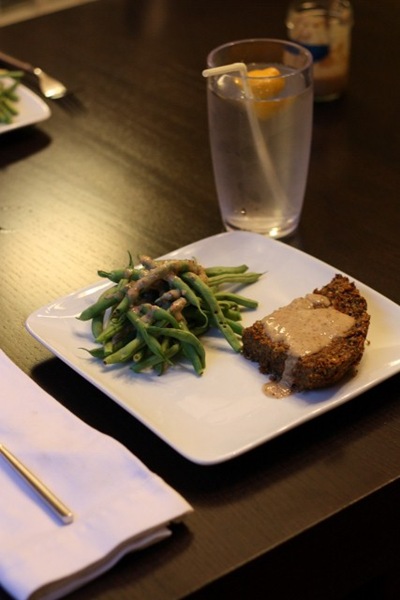 Gossip Girl in 45 minutes!! (Gotta let my DVR catch up with those commercials 😉 )