This week flew by thanks to a couple of evening engagements. Because of this, we planned really simple dinners: soup, leftover soup, salad. A few lunches are missing too – must have been a busy week! 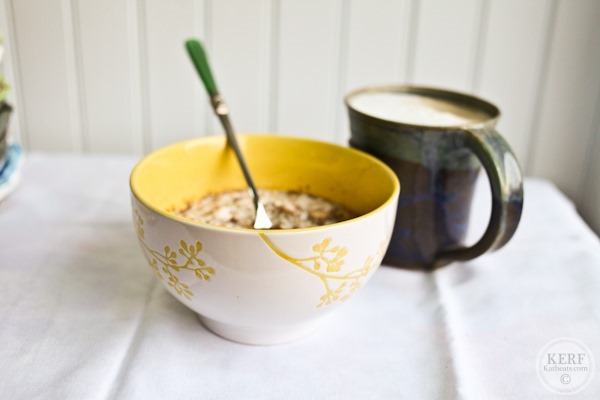 Breakfasts kick off with a big bowl of overnight oats embedded with banana and chia seeds and topped with a puddle of Naturalmond butter. Frothed coffee on the side! 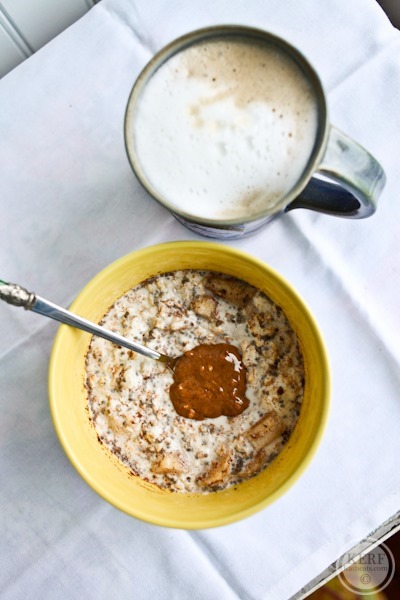 Another day I had French toast with Cinnamon Swirl bread (I asked Matt to bring me a slice instead of a whole loaf for portion control!). Plus banana, coconut and almond butter and underneath – the remaining egg from toast soaking. I always scramble it as a chef’s snack. 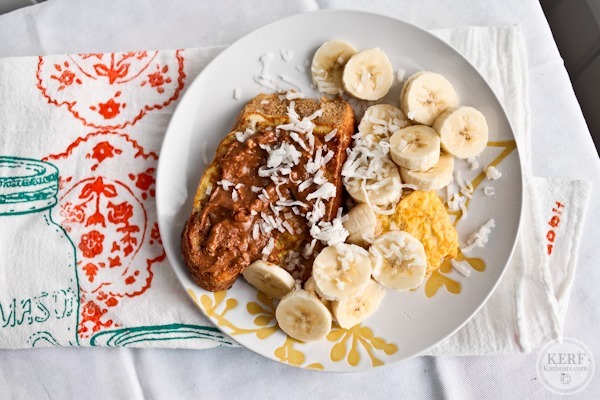 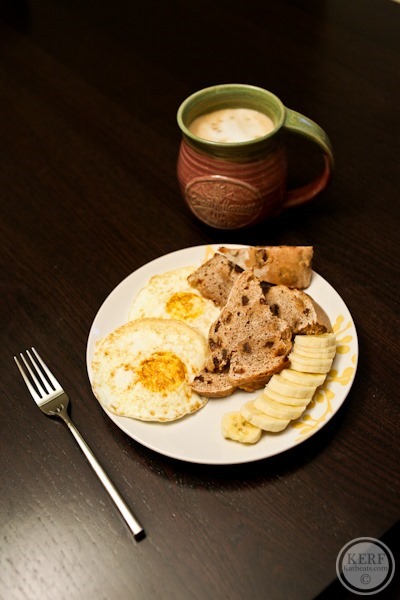 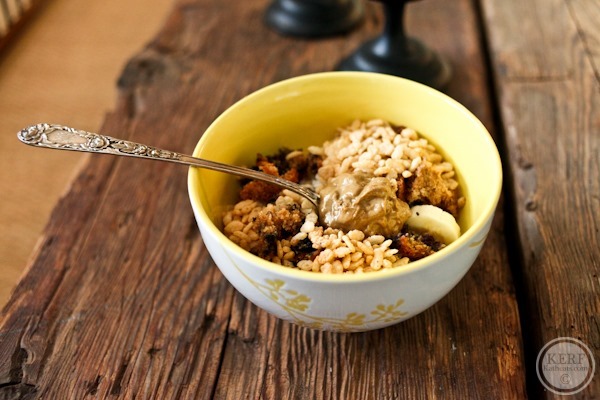 For snacks this week I made some AnneP Bars with almond butter. Unfortunately they crumbled on me so now I have chunky granola! 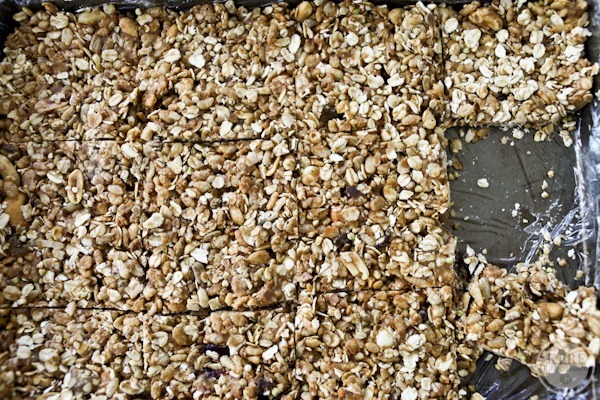 I’ve also been living off of hard-boiled eggs : ) 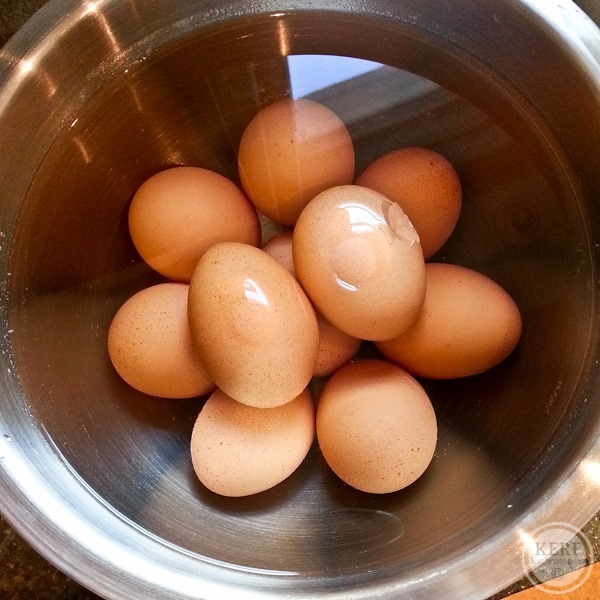 I went to Whiskey Jar for lunch one day and had the catfish salad with a side of cornbread.

Day two I brought some of the above eggs to my mom group along with spinach tossed in sunflower seeds and a marmalade dressing made with orange marmalade, olive oil, a splash of vinegar, dijon mustard, rosemary and salt. 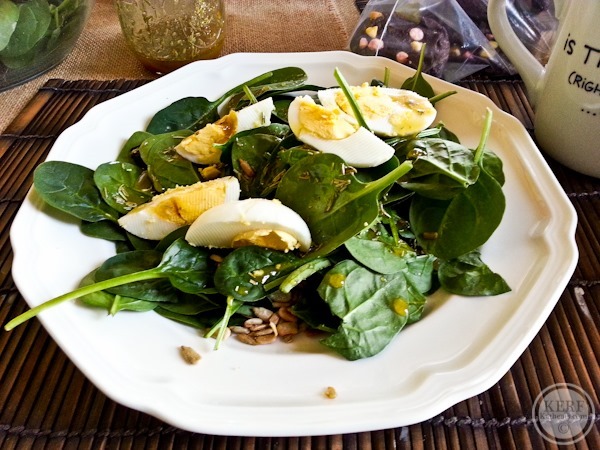 Cupcake for dessert! And a taste of banana bread – yum. 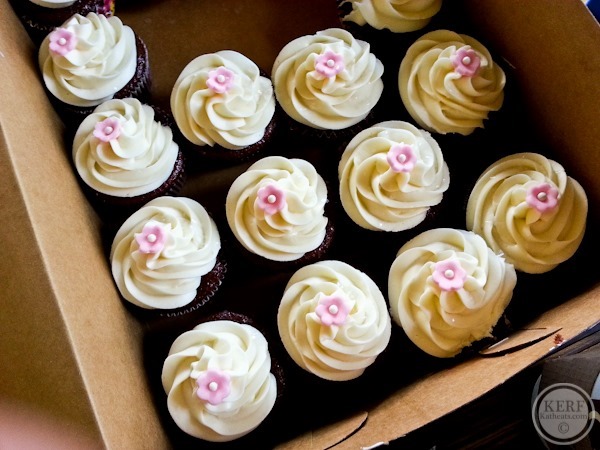 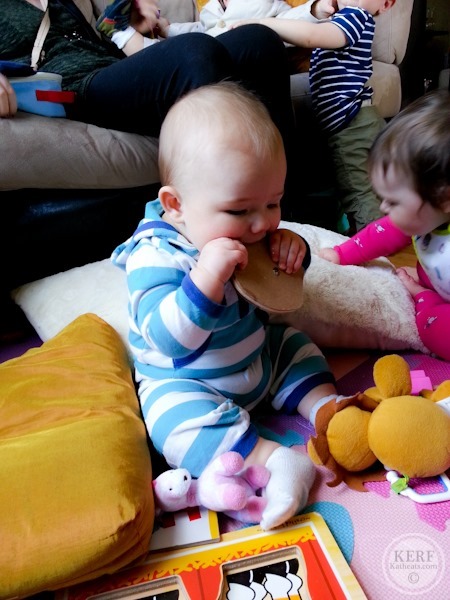 It sure was an eggtastic week: spinach salad with hard boiled egg, hummus, carrots, avocado and Cville Crunch toast 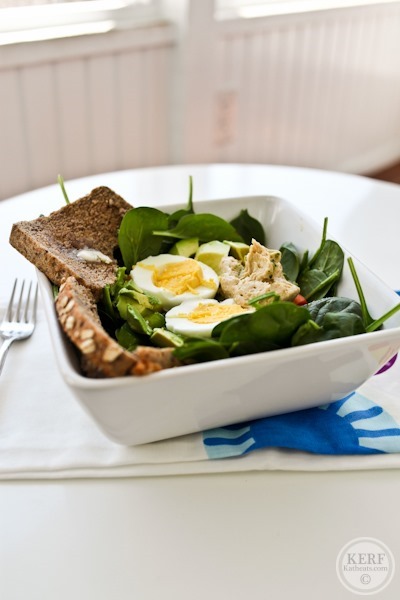 And smashed egg salad with a tsp of mayo, 2 tsp of mustard, smoked paprika, salt and pepper served over spinach with toast and orange 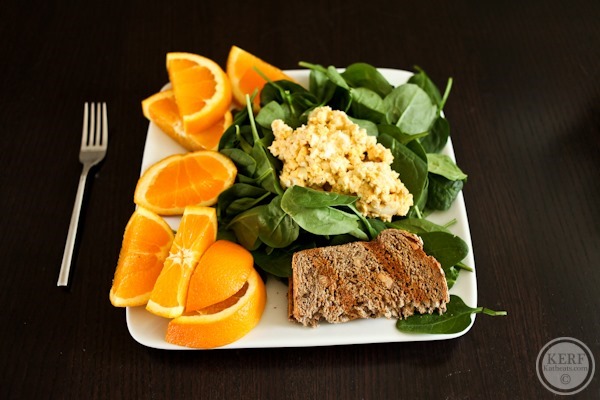 For dinner on Monday we made a big pot of split pea soup that doubled as leftovers on Wednesday. 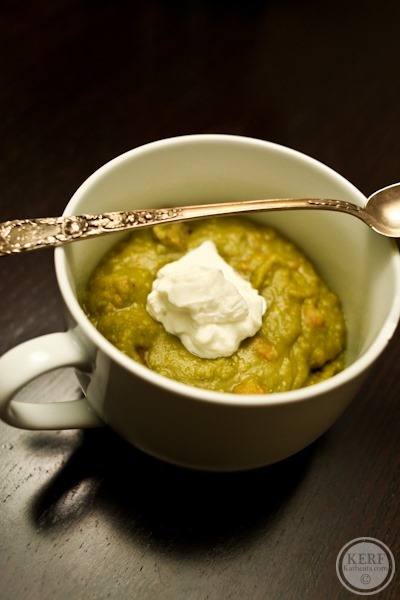 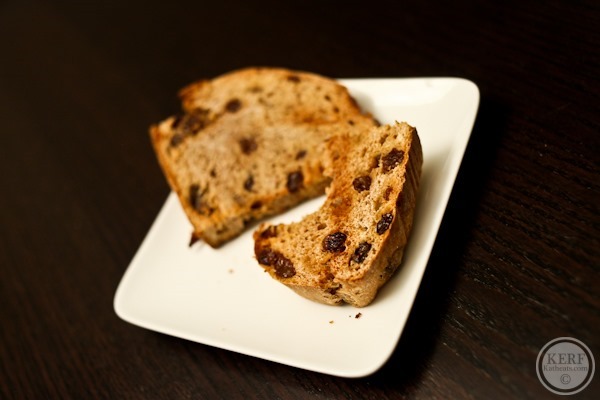 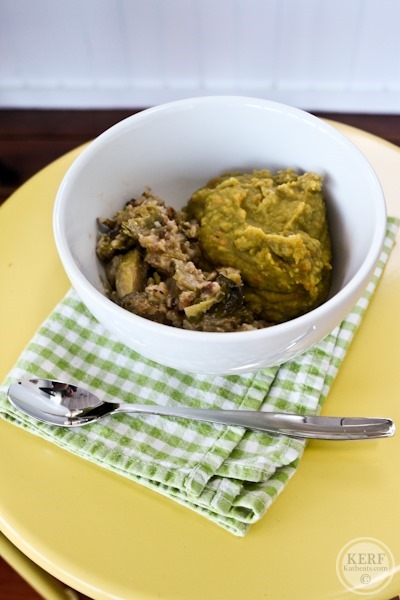 We made some pretty delicious orange-glazed tempeh and had that over salads one night. Recipe coming next week! 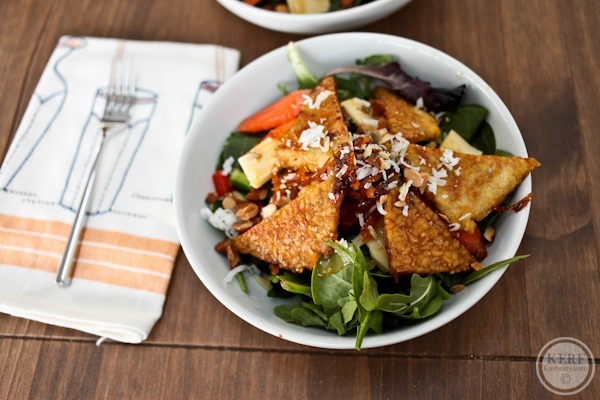 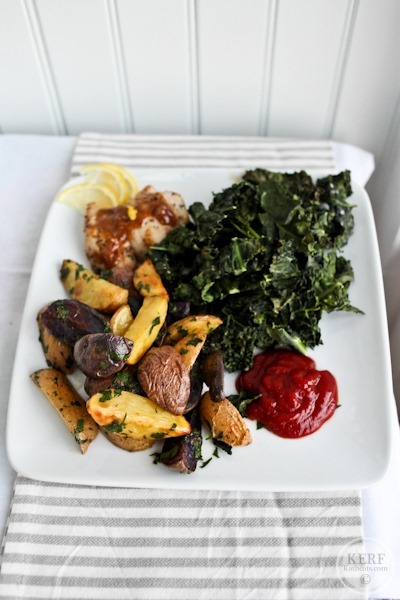 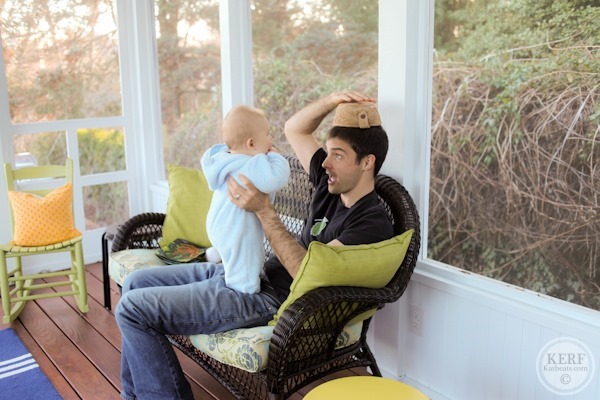