My meal times vary quite a bit when I’m not working – getting up three hours later pushes everything back!! I didn’t sit down to eat lunch until 2:45 today!! But considering I had breakfast at 11:15, that seems about right.

Target was fun. I always end up spending more than I intend, but I did get some athletic shorts on sale for $4 and two sports bras (which I REALLY need more of since I’m still wearing the ones I wore when I was 30 lbs heavier!). We found Butter Rum Coffee – it smells SOOOOO good and I can’t wait to try it first thing tomorrow morning! It will make getting up at 4:50 for spinning more enjoyable 🙂

We’ve got TONS of leftover spiral ham from Christmas Eve, so the husband forced me to have a ham sandwich for lunch. I like ham, but it’s pretty salty and fattier than I’d prefer to have more than twice or so during the course of a week, but I have the feeling this will be a ham-heavy week for us. It’s making an appearance again in split pea soup on Friday night.

Leftover ham and swiss sandwich with spinach and mustard, which I toasted in a skillet with a weight on top (I had it on a little longer than intended!) 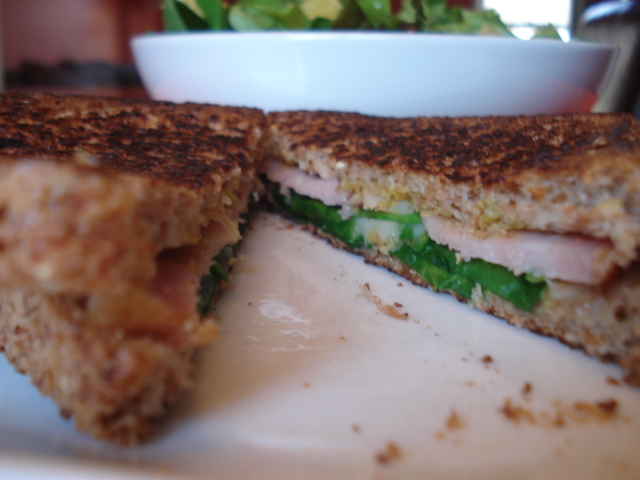 I wanted a salad but I also wanted something warm so I combined the best of both worlds: 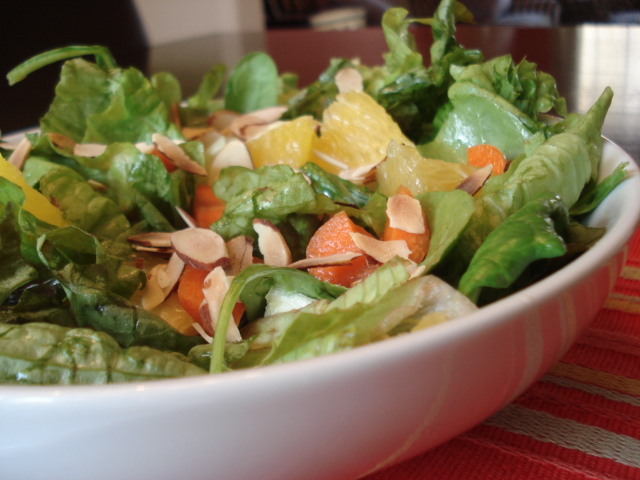 Both for 460 kcal on our new Christmas placements from my sister: 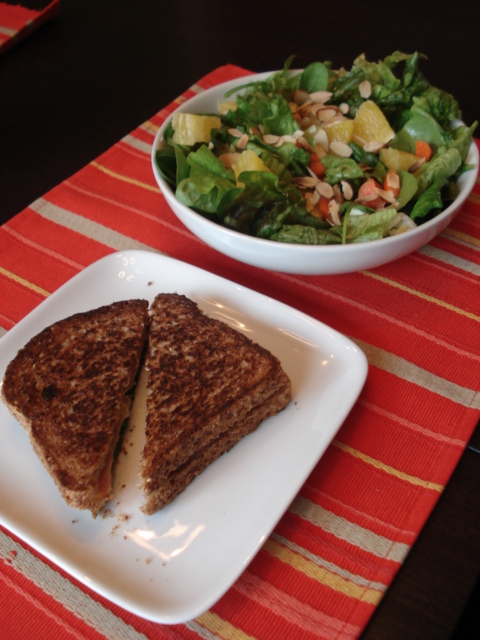 But you know what – I’m still hungry and I think I’m off to have some plain yogurt with a fun mix-in!