You are here: Home / Lifestyle / KERF + The City 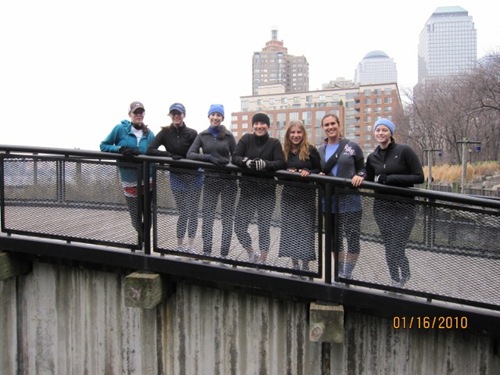 I had a mini LaraBar upon waking up this morning. I had forgotten how delicious the coconut ones are!! 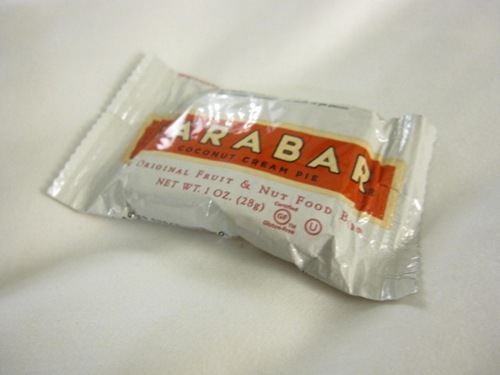 We met in the warm hotel lobby and then ran 4.5 miles along the river – here’s the route! It wasn’t cold at all and my legs were certainly ready to go! 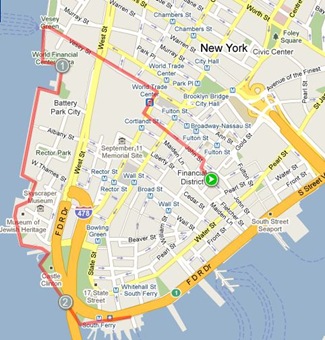 Stretching upon our return. 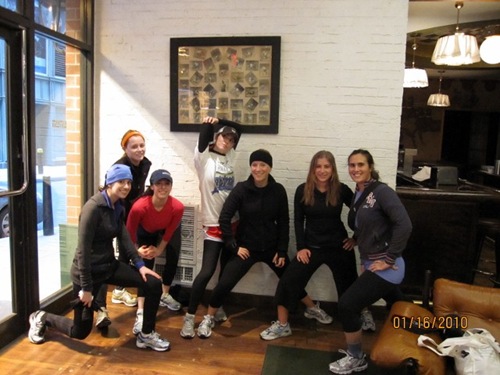 Lisa showed me this awesome way of lacing your shoes to hold them in tighter. Look carefully at the top 2 holes and how they are looped: 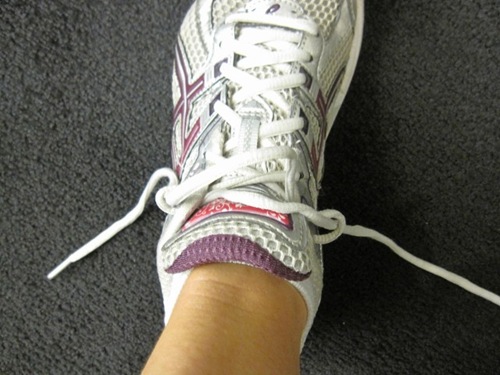 After looping you just tie it like normal. It held my shoe on nice and snugly. I will definitely be doing this again! 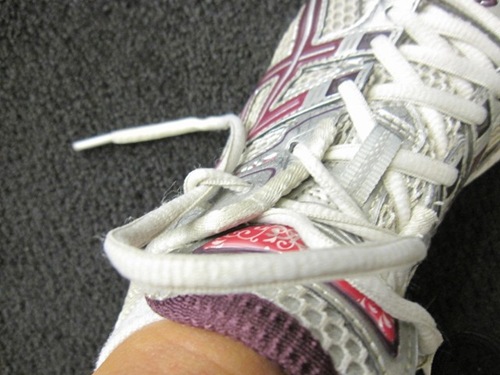 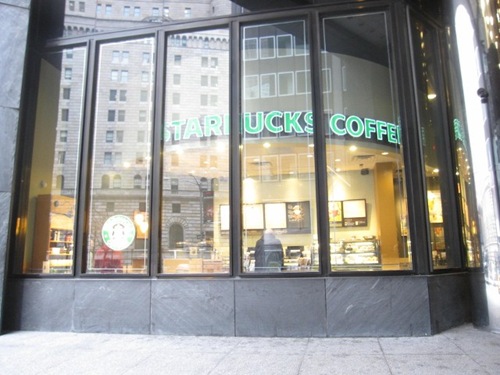 I got my first Awake Tea misto. The verdict: it wasn’t all that awesome, but it wasn’t bad either. It tasted like tea! I missed the richness of coffee, but I can see these becoming better over time and it was great for a lower-caffeine snack and a bit of milk for satiety. Matt and I also shared the banana on our walk back to the hotel. 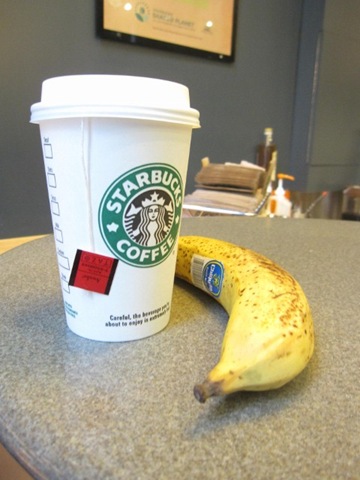 A subway ride later, we were in SoHo to have brunch at Mercer Kitchen with….. 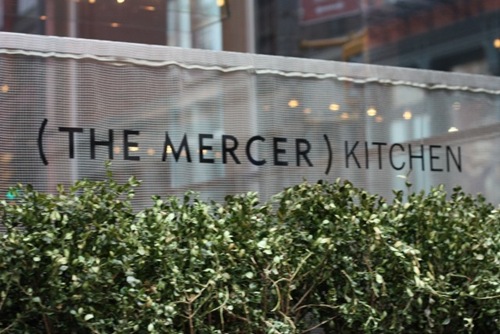 The geniuses of Open Sky!!! John Caplan + Andy Fisher. I feel like I know them so well thanks to 6 months of conference calls, but it was so very nice to be able to chat face 2 face. 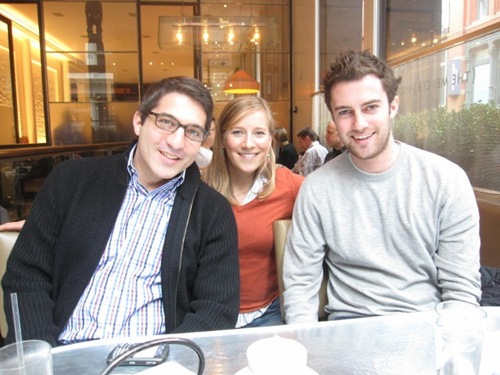 We talked all things KERF + Open Sky and I’m so excited about all of the potential that my little cloud on the web has.

[ALSO, found out that Open Sky is donating 100% of its profits this weekend to Haitian Relief, so if you’ve been meaning to buy something fun, now’s the time to do it.]

Loved the little menus. They reminded me of my wedding programs! 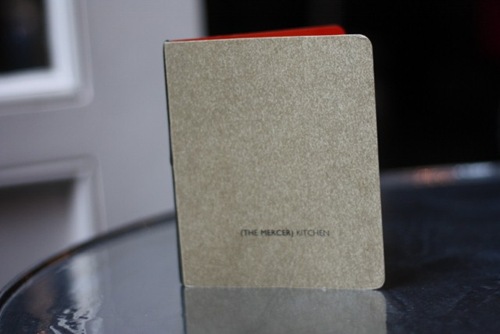 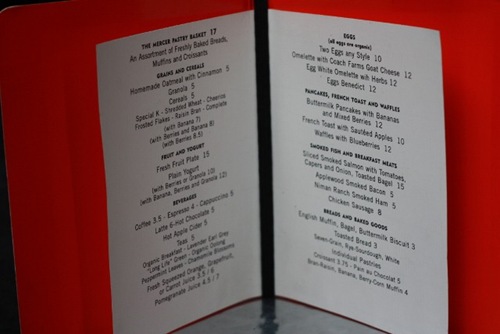 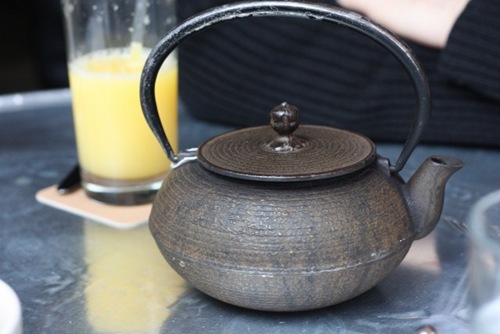 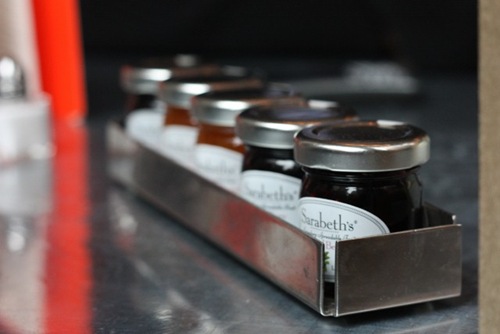 We jumped on the coffee train asap 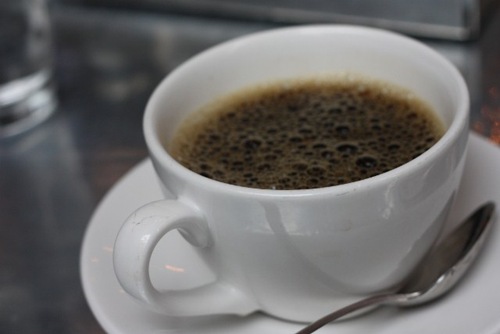 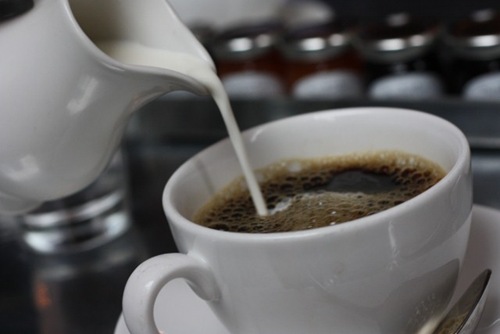 The menu featured two of my very favorite things: oatmeal + greek yogurt!! I had to partake. I asked John if it would be boring for me to get the yogurt + granola and he responded that he would be disappointed if I didn’t get it! I was so glad I did because it was awesome. 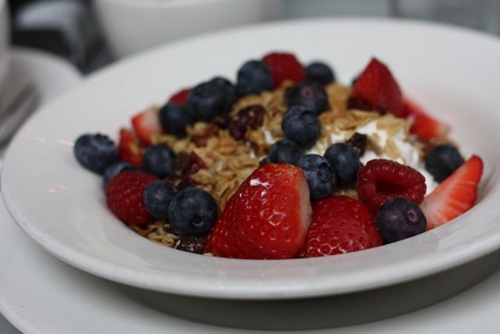 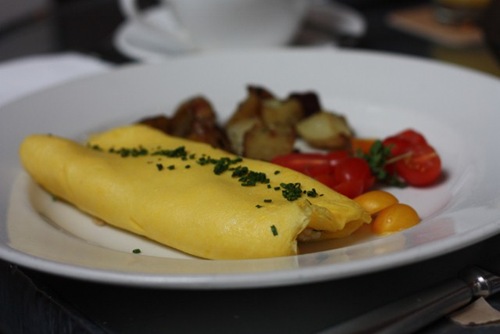 Thank you so much for brunch Open Sky team!

After brunch Matt and I had about an hour before we had to head in and start getting ready for the wedding festivities. Unfortunately the rain moved in and we ended up getting drenched walking around SoHo looking for shops to go in. I found CB2 and wanted to take home everything in the store, but shopping was otherwise uneventful. We finally hailed a cab back to our hotel. Best $8 spent all weekend because the walk to our hotel from the subway would have been a good 10 minutes of wet.

Warming up now, putting on my fancy clothes and gearing up for a romantic evening! See you later!