You are here: Home / Lifestyle / KERF Grows In Brooklyn

It’s pretty cool across the river

Look who I found at the Brooklyn Brewery!! A whole group of KERFlings! Oh-what-fun it was to get to know these guys. So much enthusiasm! 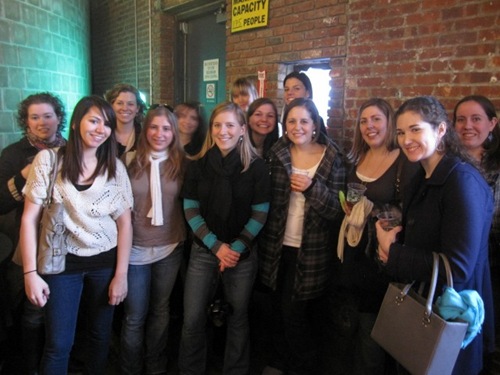 Enthusiasm was also expressed by my husband to visit the brewery, as it’s one of his favorites. And of course I was thrilled to go myself, being a lover of brews and all. 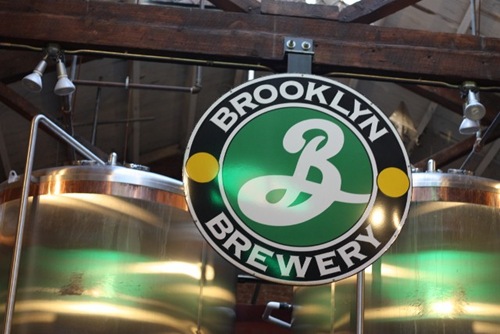 We purchased a few tokens and got to a’chattin’ 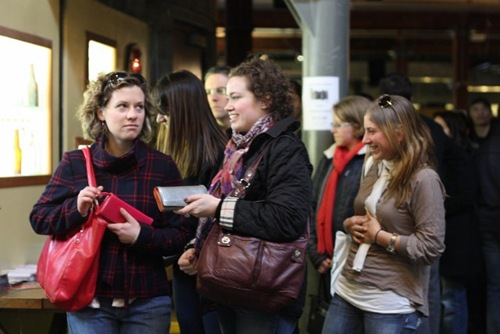 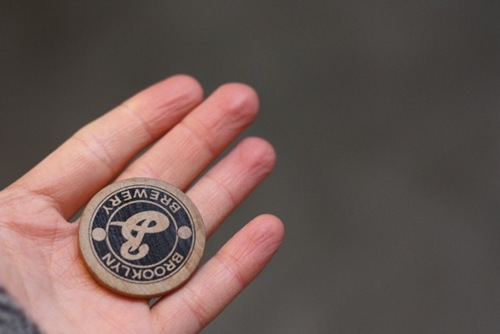 The place was PACKED!!! Packed with people who had obviously been there drinking since noon! Bachelor parties, birthday parties, CAKE. 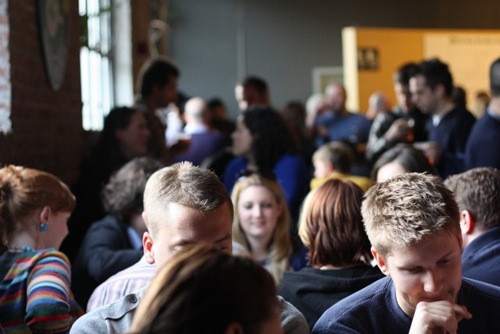 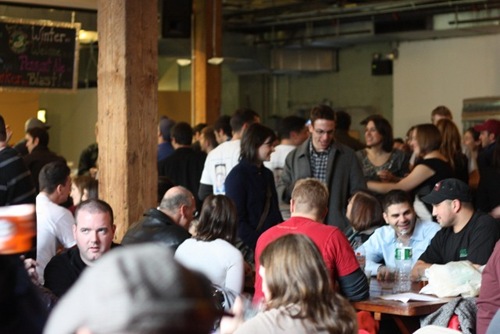 The lines were really long and it was hard to hear. I never would have chosen this place for a blog meet-up if I’d known! But it ended up being really run regardless and the beers were great. 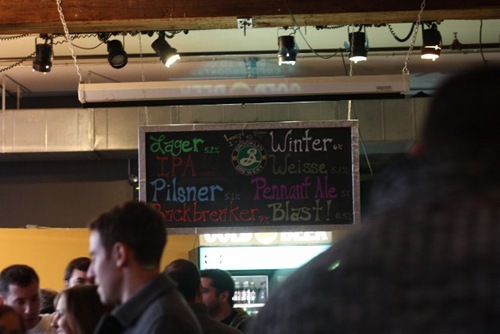 I – for once – made the good choice of getting the Warmer, which I loved and sipped on for about an hour. 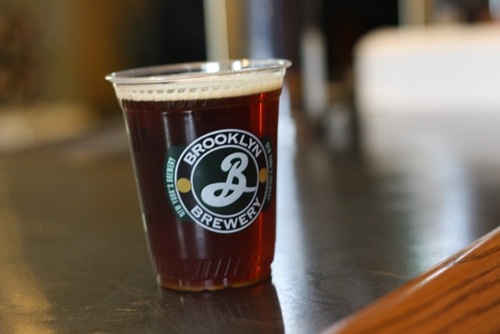 I also tasted some of Matt + Snake’s beers 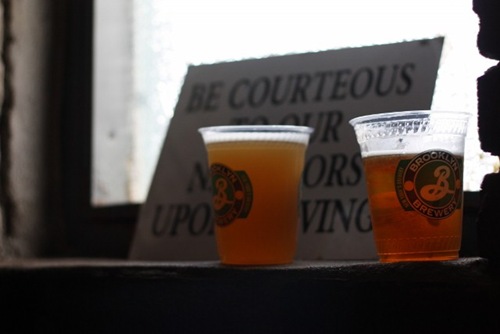 Snake is in town for the wedding too!! So glad he could join us. 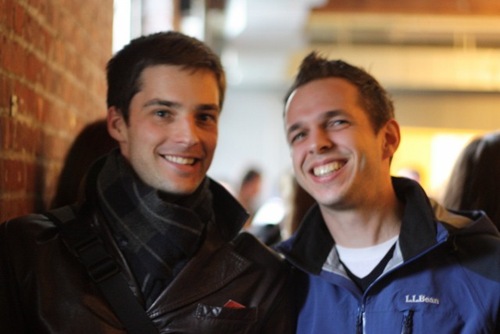 We also encountered some small animals floating around 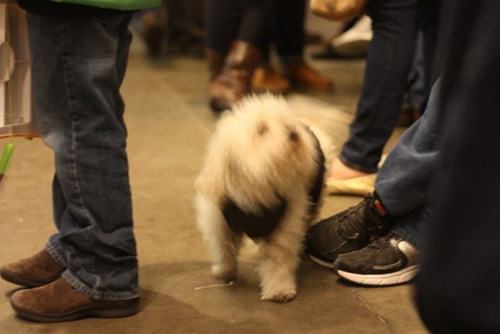 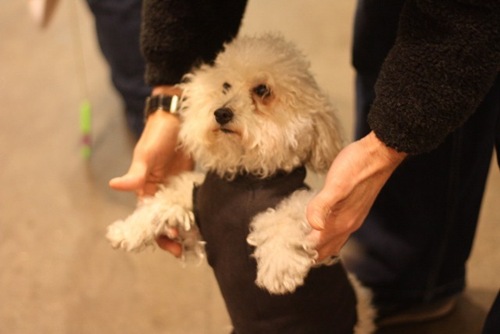 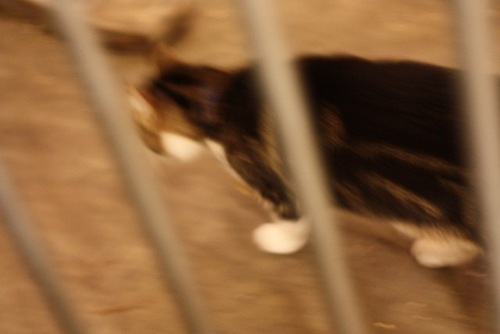 We wrapped up the brewery visit and moved on to Brooklyn event #2.

My cousin Chris and his girlfriend, Lauren, live in Brooklyn and we joined them for dinner. So glad we could catch up!! 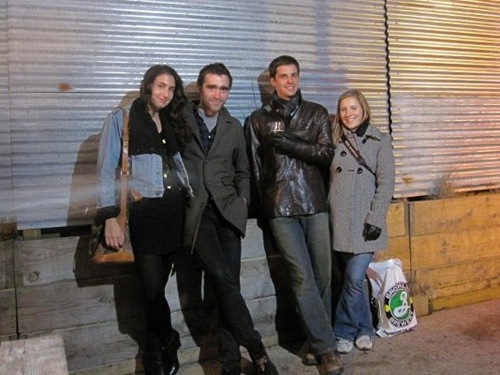 They are foodies as well and took us to Roebling Tea Room for a great tasting adventure. 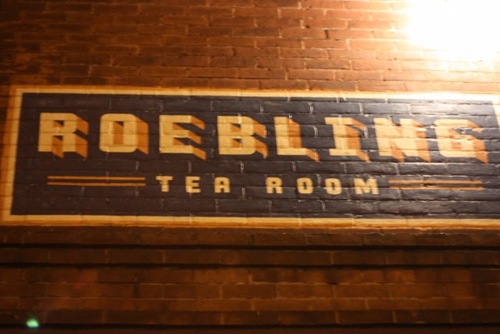 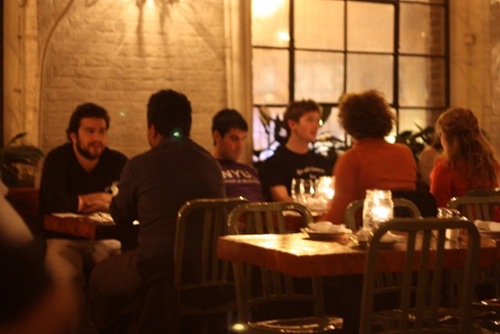 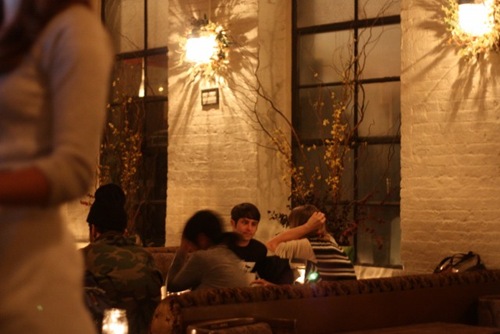 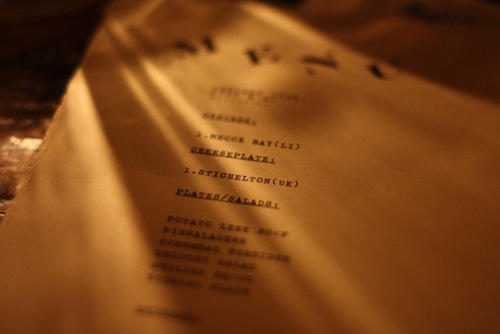 We decided to share an array of appetizers and entrees so we could maximize flavor opportunity. Love shared meals! I had a taste or two of each dish on my small plate.

We started with a Chicory Salad with dill, apple, and radish, which I think was in a buttermilk dressing. LOVED the dill! 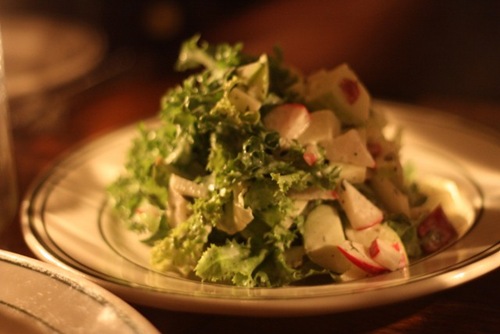 Second was a grilled squid with citrus, jalapeno and hazelnut in there somewhere 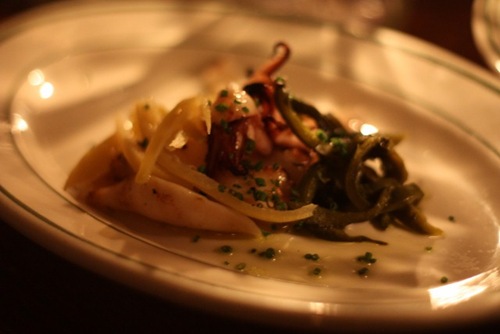 Cornmeal porridge with pork-something and egg with truffle!! 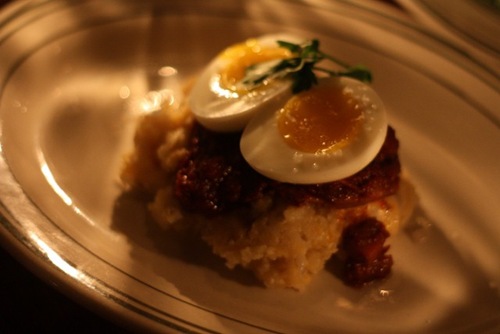 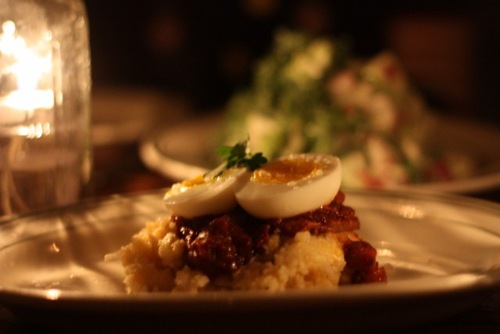 A perfectly cooked half chicken 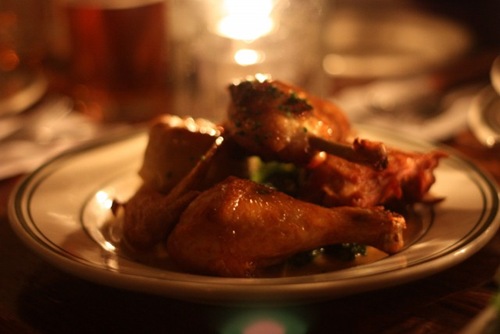 A smoked mussel chowder with potato and a cheddar biscuit 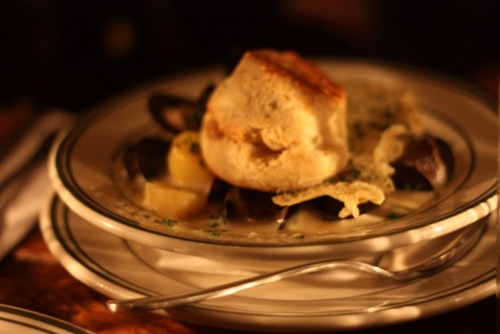 And a blurry side of kale!!

I had a glass of vino with my meal 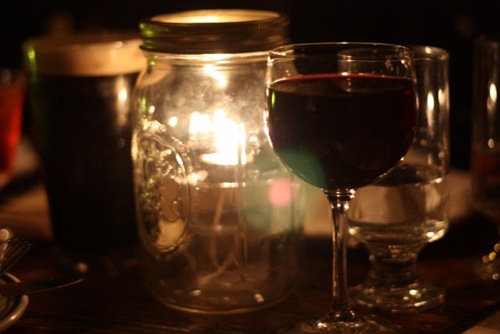 It was one of those meals that leaves all of your senses satisfied from the inside out.

Afterwards we headed to one more place – an awesome restaurant that specializes in barbequed meals sold by the pound called Fette Sau. Totally want to go back to savor some of the meats – the smell alone was so tantalizing it competes with the BBQ down south for sure. 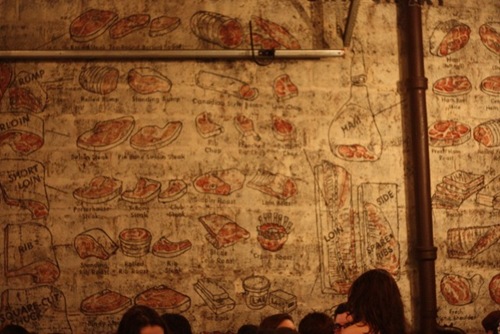 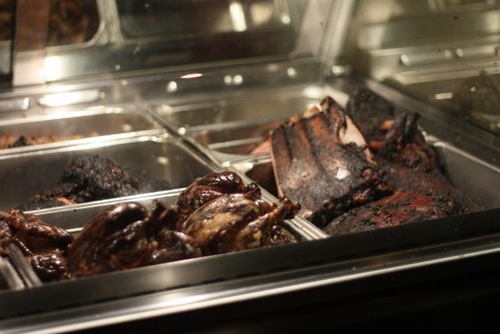 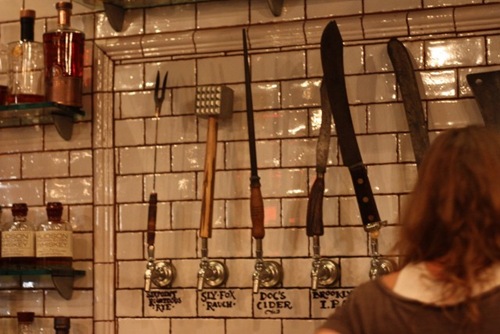 Chris + Lauren took us there with one thing in mind: liquid gold!! They ordered what I believe was the Captain Lawrence Liquid Gold, which came in a jar! Love it! I sipped off Matt’s, and this was the best yellow beer I’ve ever had. So thick you could chew it! And very unique. 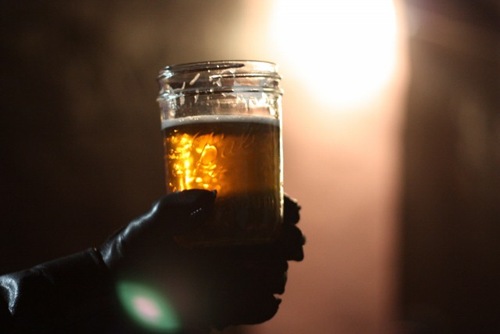 Headed back to Manhattan. I don’t know how you city folk do it – subways at night really wear me out!! So tired and long. 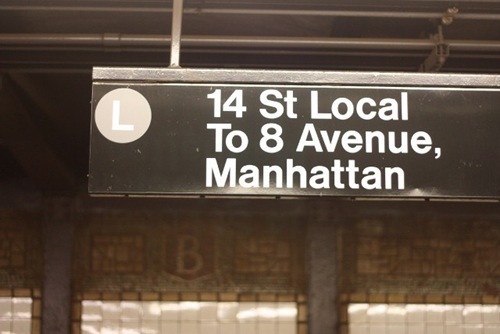 Having been up since 3:45AM and with a KERF run tomorrow morning I’m ready for bed. Wish we could have partied all night, in the City That Never Sleeps, but I know we’ll be thankful in the morning.