You are here: Home / Lifestyle / Kath Eats To Live

I survived the worst day of commuting yet. It was all pouring rain and red taillights 🙁 Took me an hour and a half but I made it!

Fuel to get me through: A homemade granola bar and some dried apricots. And a piece of Hersey’s special dark chocolate I swiped from the office! 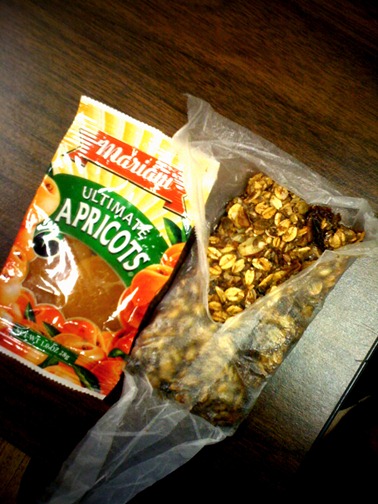 I’ve found there are two keys to going to the gym on a weeknight:

I was very mentally prepared tonight! And actually excited to go. It was the indoor playground mentality.

I was in and out of the house in 10 minutes in my workout clothes and drove there. I stuck to cardio since I’m going to yoga in the AM and did 30 minutes of Stairmaster climbing and 15 on the elliptical then headed right home to make dinner. I was quite hungry when I got there!! I have my half marathon plan in a pretty format and it says I’m supposed to run 3x a week. Honestly, that’s quite hard!! Running really exhausts my legs and I really like moving them in different ways with cross training. So I’m just going to play it by ear, running at the very least twice a week, but still working my body on the other days (plus a day for yoga and a day for rest).

Here’s what it looks like (click to enlarge). Thanks to Sarah for helping me with the design and Emily for the template! I’ve already started to tweak it according to my life plans (such as the CDA meeting next Tuesday) and swapping days around. 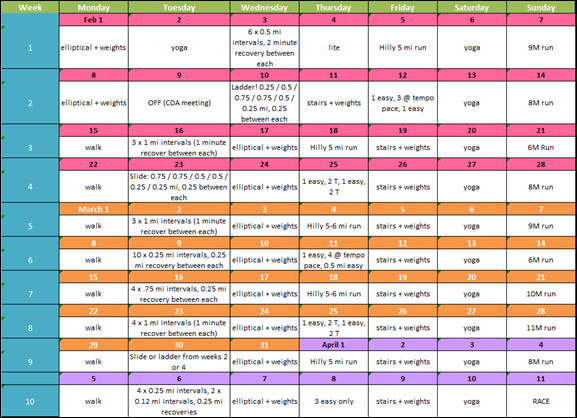 So what we had planned for dinner tonight was bok choy, pasta and a leftover chicken sausage. What to make? 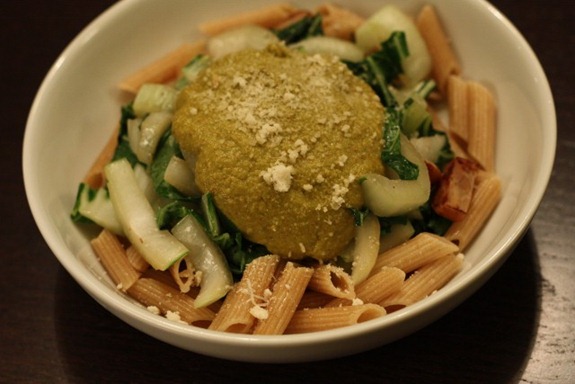 I’ve been listening to these podcasts by Dr. Furhman, an MD with a nutrition specialty on my commutes. I downloaded a bunch of nutrition podcasts and his was the first I listened to. When I hear he and Dr. Oz are friends and went to med school together my ears perked up. I love Dr. Oz! Much like Sex and the City was in its 5th season before I ever watched an episode, I can’t believe I’ve never heard of Dr. Furhman or his book, Eat To Live. I REALLY like what he has to say. He’s viewpoint is all about nutrient density.

Based on gobloads of research, we KNOW that fruits, vegetables, nuts and seeds, beans and basically all things plants are hella good for us. There’s really no arguing with that. *Lightbulb!* He also says that we know that plants are high in discovered vitamins and minerals. And they are also high in phytochemicals – and likely thousands of other undiscovered micronutrients. *Lightbulb* He also talks about toxic hunger and says that if we are eating foods void of these micronutrients (while they may be high in macronutrients = CHO, PRO + FAT), then our bodies will always want to eat MORE because they are craving the micronutrients we aren’t getting from animal proteins, refined carbs, processed foods. He also discusses how taste buds can change to actually prefer super healthy foods. I totally agree on that one. Give me a big salad with nuts and seeds over fast food any day.

But it sounds kinda mythical huh?

If it weren’t for the Dr. Oz friendship I might be a lot more skeptical. But the more I tried to find disagreement with him, the more I realized – well you really can’t argue with vegetables!! He doesn’t advocate an entirely vegan diet, and says so long as you are eating mostly plants you can have some animal products scattered in.

I do want to know what he has to say about iron, omega-3s, B12 and athletes. He is not a proponent of grains, even whole wheat, because he says it is not very nutrient dense, which I somewhat agree with. I’d like to sit down and have a solid conversation with him! But he has me totally hooked on NUTRIENT DENSITY! I’ve been thinking about this for a few weeks now – what a great concept!!

What the Superfoods book was to me in 2007, this is to me now. I’ve been eating trying to eat more nutrients and it’s been really motivating and even fun. And there’s no doubt that I have lost most of my 2009 Fun Weight (although I don’t weigh myself so I don’t really know how much or anything). But I feel great!

I think I’m going to read his book next. Search for "Nutritional Wisdom" on iTunes for the podcasts. I recommend "Nobody Should Die Of Heart Disease" (the first half), "The Secret Weapons for Permanent Weight Loss," and "Food Addictions: The Cause of Obesity."

He is always talking about these blended sauces made with nuts and things. So I wanted to make one tonight!!

I gathered up some ingredients that were in my fridge to assemble a sauce of sweet potato puree (1/3 a cup), juice pulp of kale and lemon (1/3 a cup), coconut milk (1/3 a cup), parmesan cheese (2 tbsp) and ALMONDS (1/4 a cup). Although I really didn’t measure – just eyeballed it all. Guys, I have come SO FAR from the days of measuring food!!! I used to measure everything and would have never (ever) made a sauce with "high calorie nuts" but the more I learn about nutrition and the more I experiment with my body, the more I believe in QUALITY over QUANTITY! 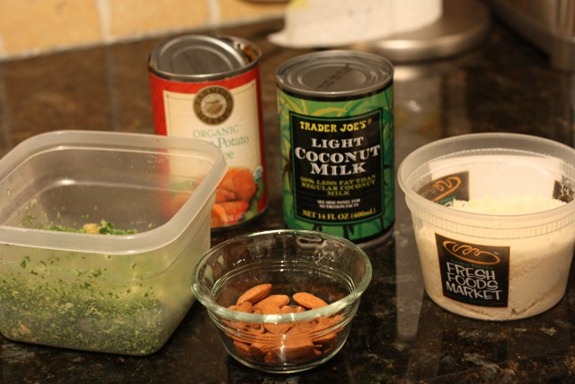 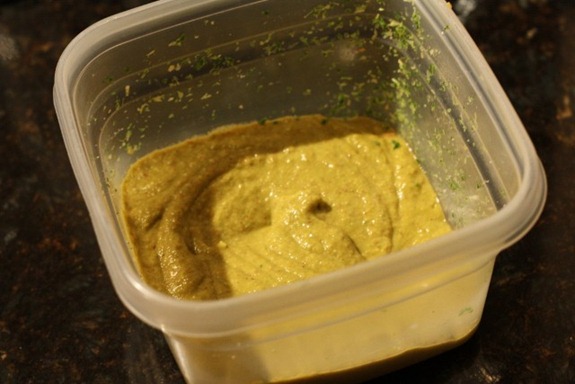 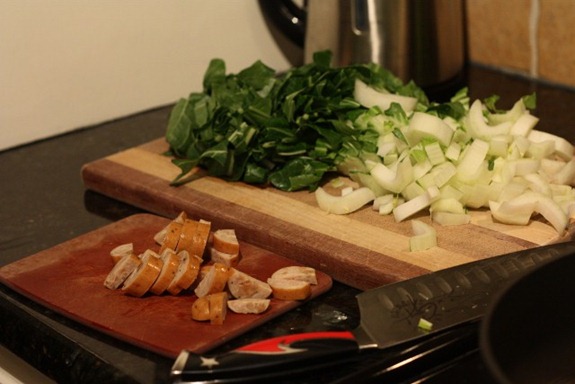 Matt and I sipped cocktails while we cooked (and I had a sip of his!!) 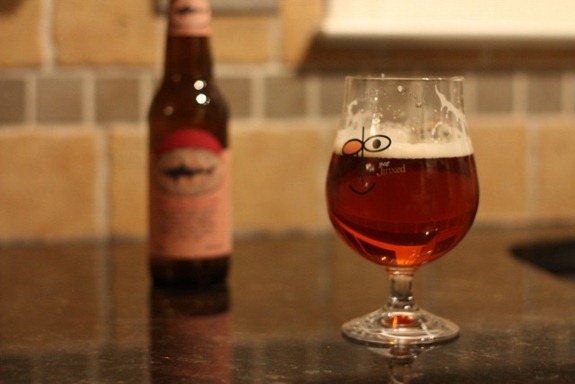 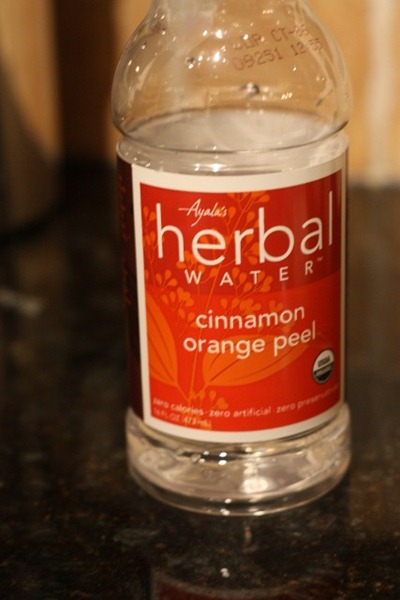 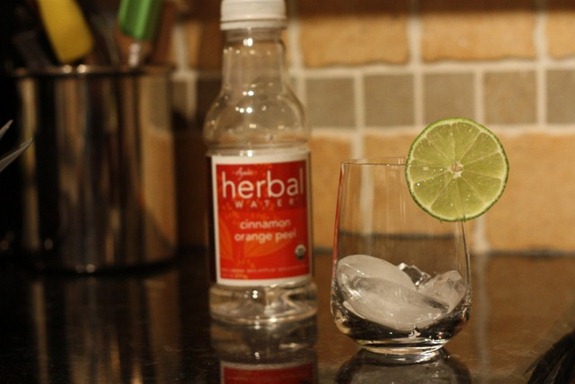 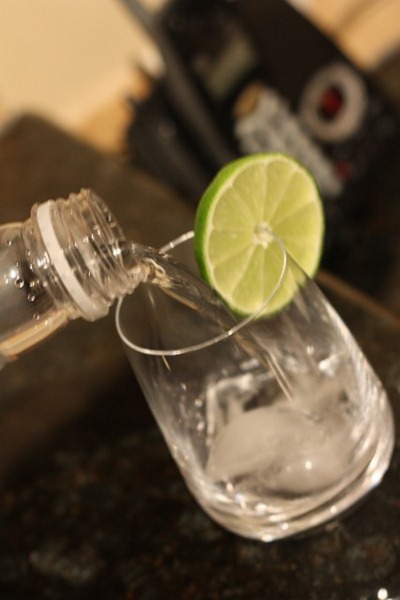 What a great concept. The herbal water made such a fun treat to plain water!! I am not the biggest orange fan, but I did like this flavor a lot. 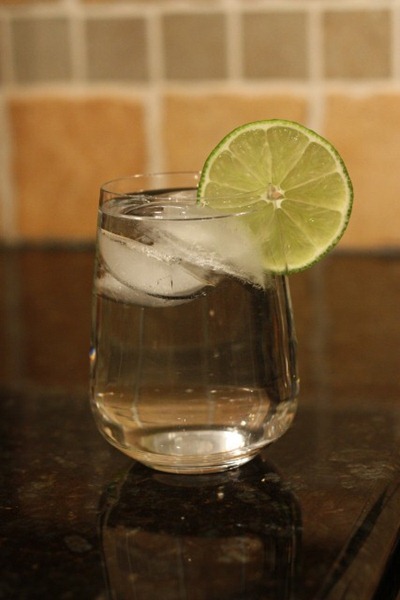 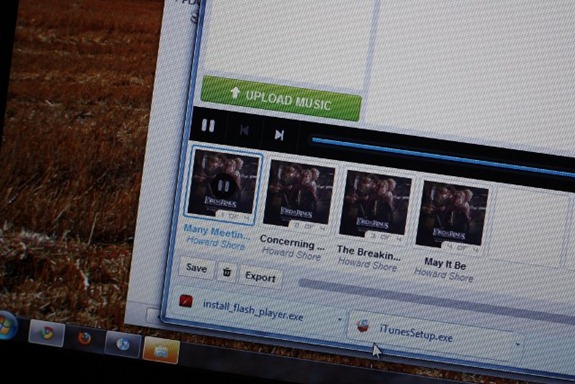 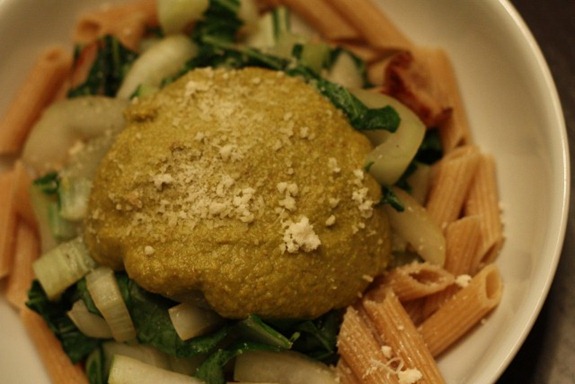 The sauce was AMAZING!!! So rich and flavorful from the sweet potato and the LEMON zest in the juice pulp really came out! 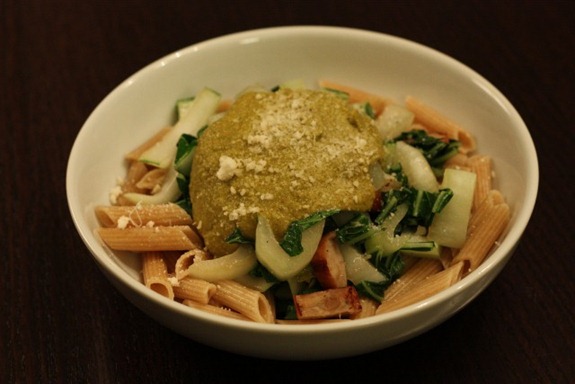 I also really really love bok choy! Especially cut into pieces like this. 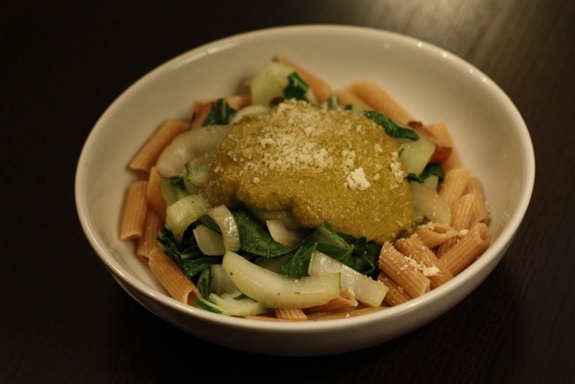 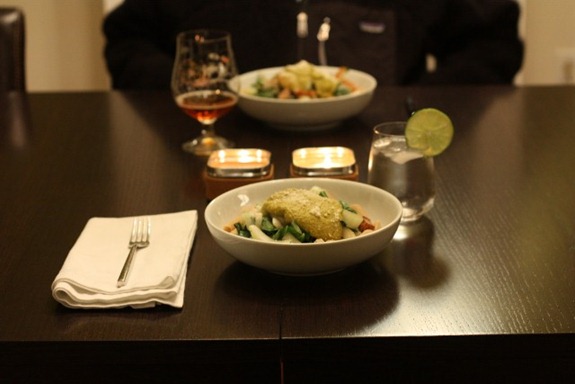 My husband is waiting on the couch with The Office + 30 Rock. Gotta go!!!