It started early with some HOT YOGA with Emily!

I bounded out of bed. I guess because it’s like going from bed to getting a massage?!

I also decided that I just love yoga because it reminds me of dance. Today’s class was Super Flow. After a year of practicing yoga, I have finally found my match made in heaven. This class is awesome because we start with a warm-up and then do a "routine" 3 times through. So by the third time you know all the poses and it’s kind of like learning a dance routine. I love the transition between the poses – it’s like ballet! And one of my favorite poses is dancer 🙂

I wore my hair in a bun to be like a ballerina! 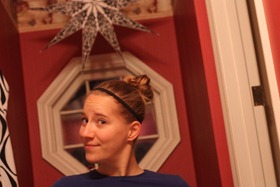 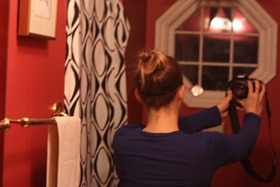 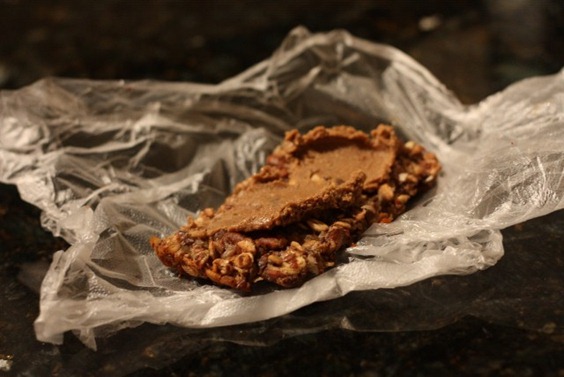 Yoga rocked. Tanner is awesome and we had the best music. Lots of DJ Earworm mashups!! He has the best taste in music. Eclectic stuff that I love (Oasis, pop, Hallelujah, Falling Slowly).

I came home and got ready for a Girls Oatmeal Brunch!! 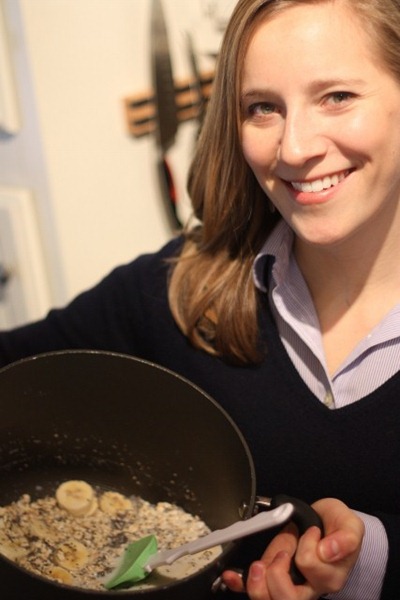 I invited my girlfriends over for an oatmeal extravaganza of toppings. 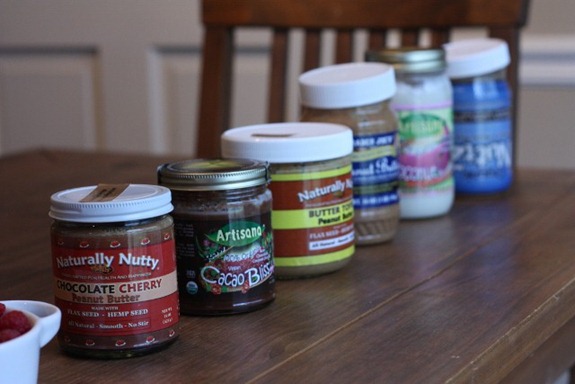 Grawnolers (Whit brought some TJ’s pumpkin and Jessie had Agave plus!) and jams 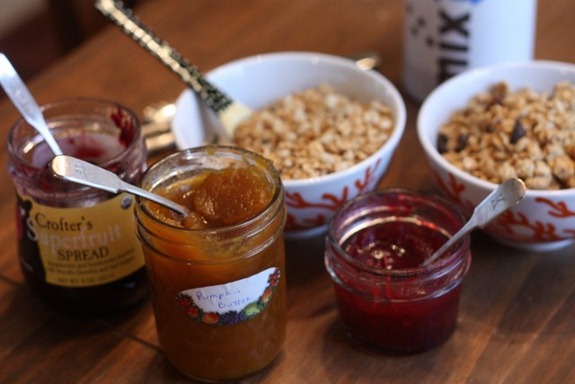 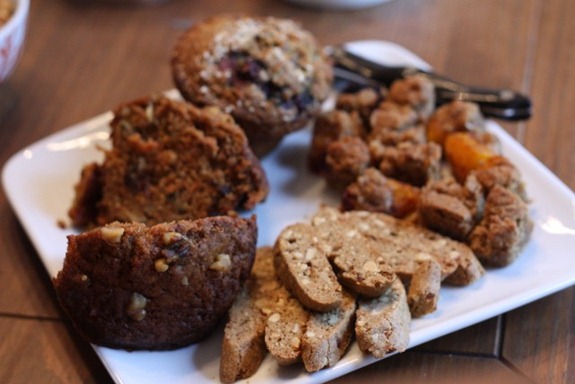 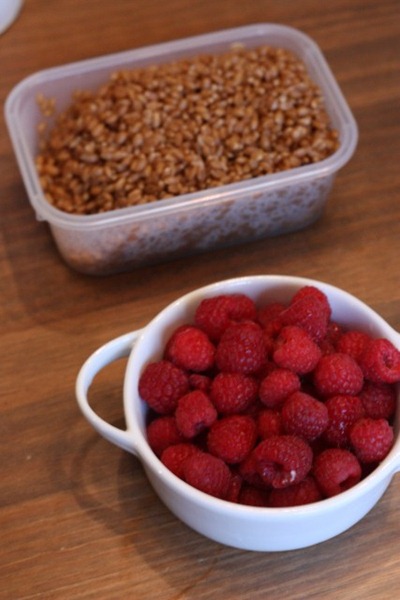 I made a giant pot of whipped banana chia seed oats. It was quite difficult to figure out how much to make for a group of 8 and we ran out so that Matt didn’t get any!!! (In my defense I didn’t know he was eating!) 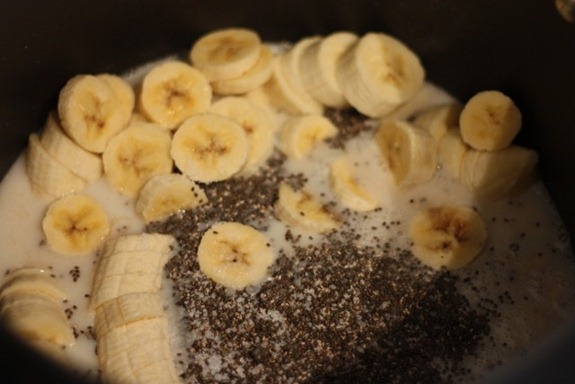 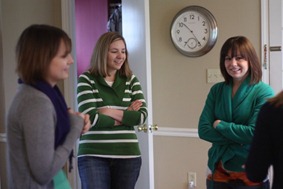 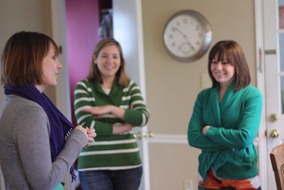 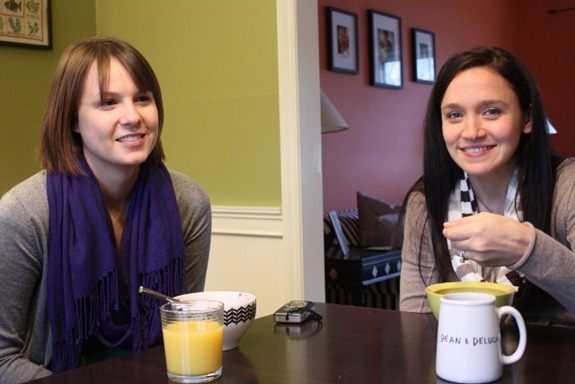 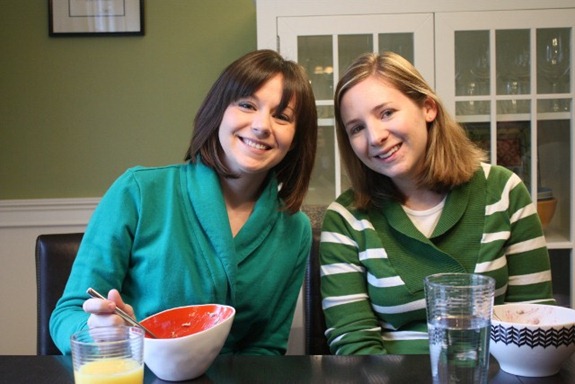 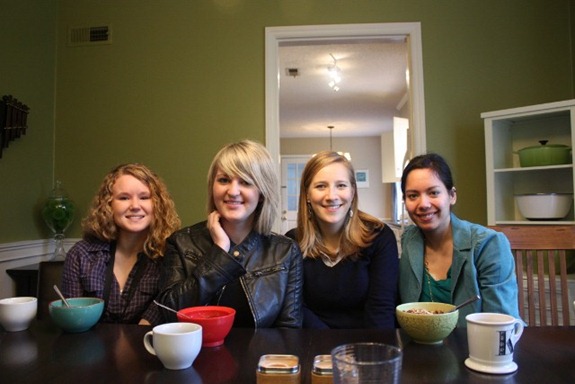 My bowl was quite the combo! 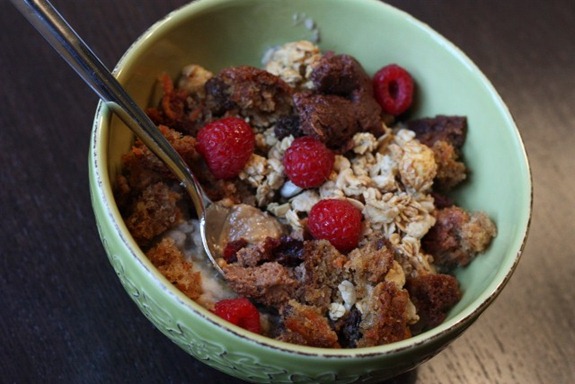 I had about a cup of cooked oats plus: 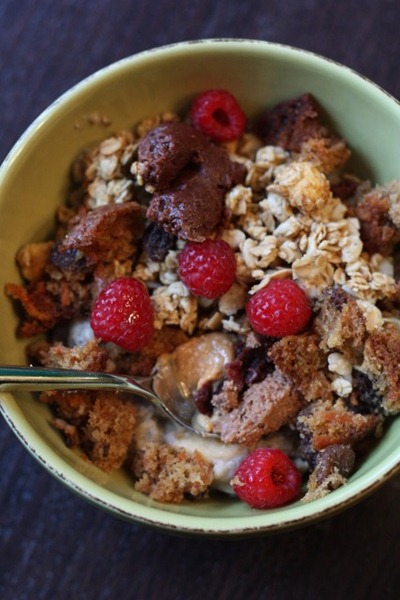 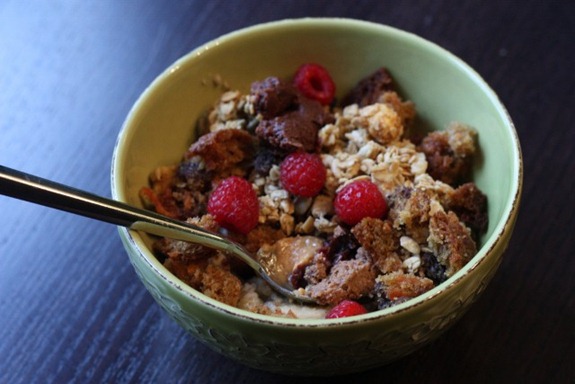 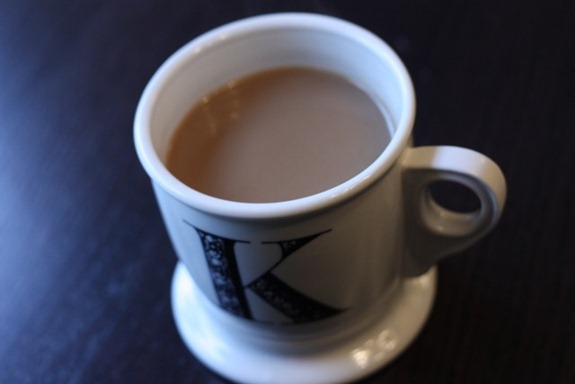 I was so hungry after yoga and waited to eat that this giant bowl barely made a dent!! 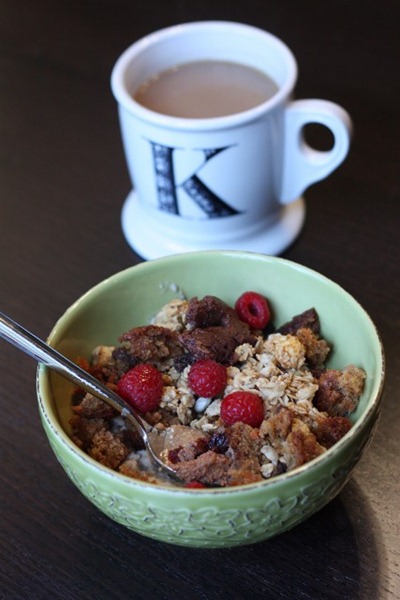 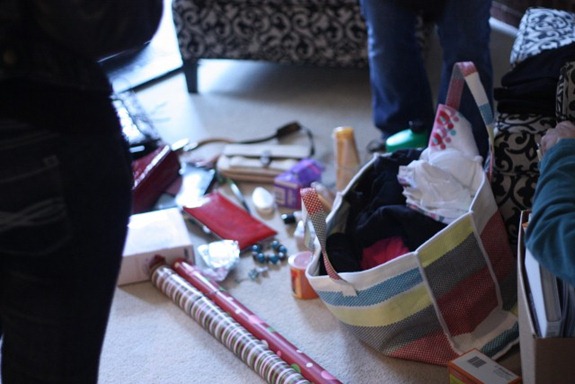 It’s now 1:30 and I’m a little hungry. Not sure what our lunch plans are since breakfast was so late, but we’re going to see AVATAR 3D this afternoon! Then date night with Matt!!

Hope y’all have a great Saturday 🙂