You are here: Home / Lifestyle / Jumped On My Fork

How do these guys keep finding me!?

My mom gave us STRICT instructions that there was not allowed to be any peep violence on the blog (microwaves, etc.) But does eating him with a fork count? 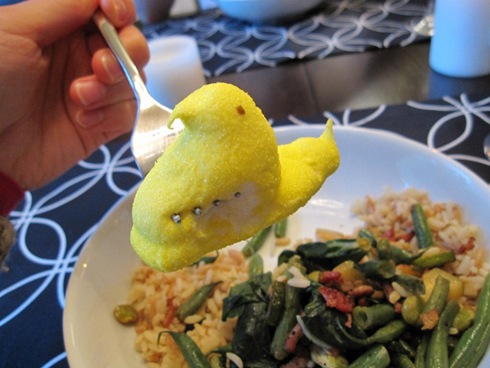 I didn’t get much work done today, but I did get organized to start major studying tomorrow by printing out all my notes and making my to-do list nice and clean 🙂 I turned around to see what time it was because I was getting really hungry and it was already past 6pm! I headed to the kitchen for a quick tide-me-over while we started on dinner (~7 of ‘em) 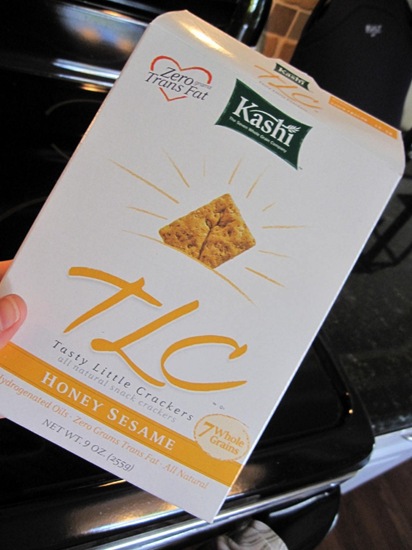 And a few minutes later, while trimming swiss chard, I drained the last bit of the bottle of Three Buck Chuck from Thursday’s party (Thanks K+N!) 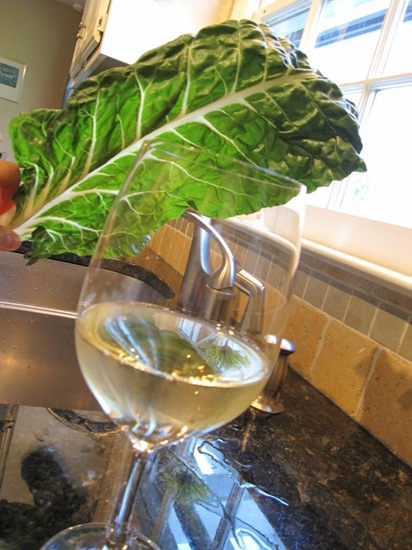 We had originally wanted to cook a ham tonight like we did last Easter along with asparagus, but we could not find an all-natural or organic ham. While i do eat non-organic meat frequently, for some reason I wanted to feel good about this year’s ham. We almost bought a little all-natural, nitrate-free ham at EarthFare but it was $10 and we thought we could find a smaller one at HT. Not so!! And all the EF asparagus was sold out and the HT kind smelled liked sweaty socks.

So we resorted to plan B: Spring Vegetable Risotto.

Only to realize we were out of arborio rice!

So we changed to a Near East Almond Pilaf I received as a sample. We made it with homemade chicken stock, Brew + Bake style. 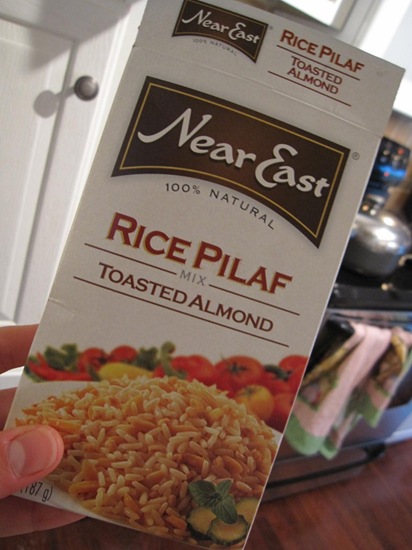 Plus green beans, zucchini, baby lima beans and swiss chard. With 2 slices bacon (the “ham”), a pat of butter, a splash of white wine, half a lemon and lemon thyme from the garden. 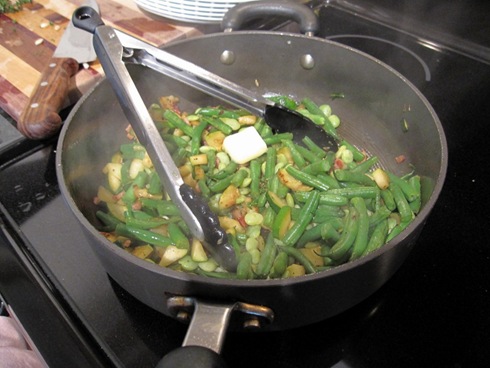 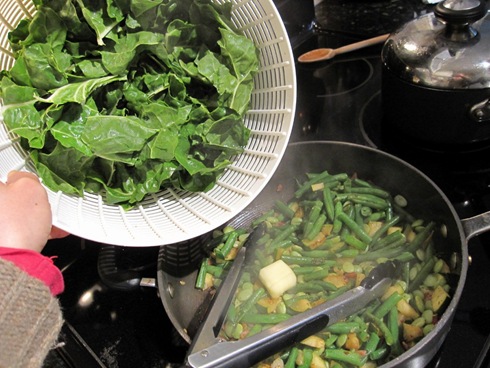 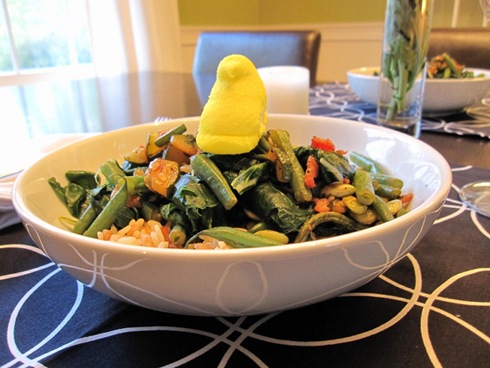 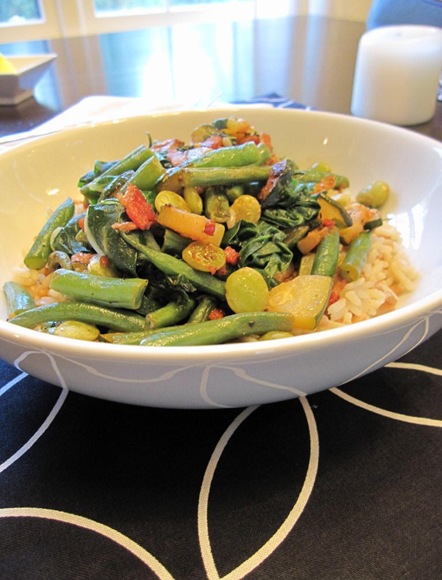 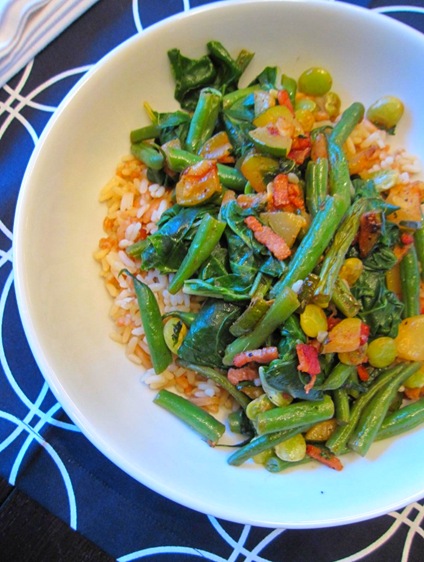 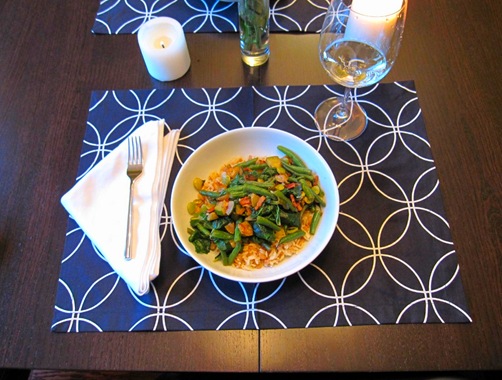 Matt made an Old Man Martini and I had a taste. I don’t really like vodka, but this tasted GOOD! I think from the vermouth. Check out his recipe over at B&B: Old Man Drink #2 – Martini. 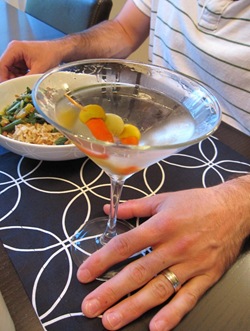 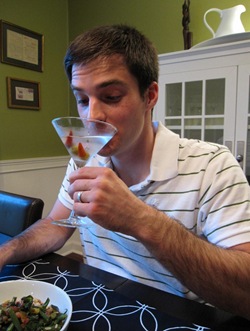 How is it already after 9pm!?