Because I have two stomachs. Let me explain….

[Matt Compton, if you’re reading, this is one of those times you’d roll your eyes at me in high school!]

I seem to have two sections in my stomach. One is right at the intersection of my ribs – up high – perhaps at the base of my esophagus? The other is lower – around where my belly button is. My stomach fills up like a measuring cup. When I am really full, both are full. But the upper stomach appears to empty first. Sometimes my upper stomach feels empty but my lower stomach is still full. Sometimes I am just thirsty in my upper stomach. It’s quite interesting to pay attention to. Can anyone relate? 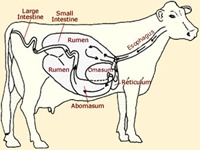 So I share my stomach anatomy because today our sky had a rain front on the move that was inching closer. I could have used another hour or so of digestion before I went running, but I had to beat the rain, so I went anyways. My upper stomach chamber was nearly empty when I left.

I decided to run a fast 10K to try to beat my time from Saturday. It started out great for the first two miles, which were pretty much effortless. I felt swift:

And then right around mile two the contents of my lower stomach came back up into the upper chamber!!!! My pace dropped a ton and my stomach was sloshing a little…

And then for the last mile it went back down and I was able to sprint again.

Moral of the story: I need to eat less breakfast if I want to run fast!!

I am also a cow because I would like to fill my rumen with used juice pulp crackers! More on that later…. 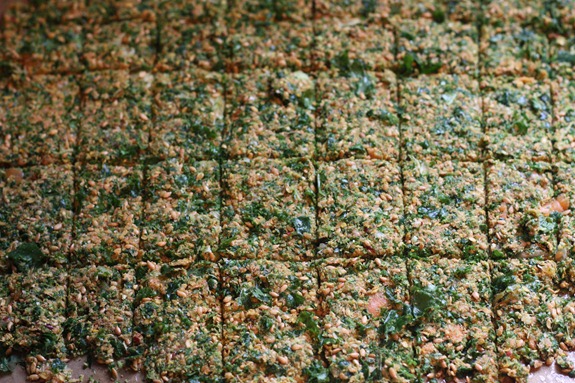 I wasn’t very hungry when I got back from my run. Stretching was more of a priority. I feel totally spent from running so fast. I’m coughing up winter run lung juice!

But after getting out of the shower I was suddenly really hungry! 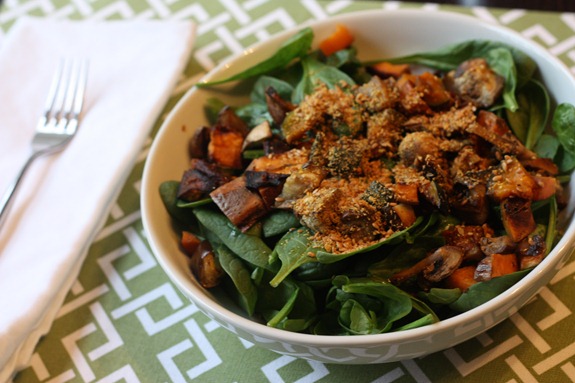 Couldn’t wait for more of those roasted veggies!! I put them over spinach, which was dressed with a drizzle of EVOO and agave, plus some of these toasted flax seeds. 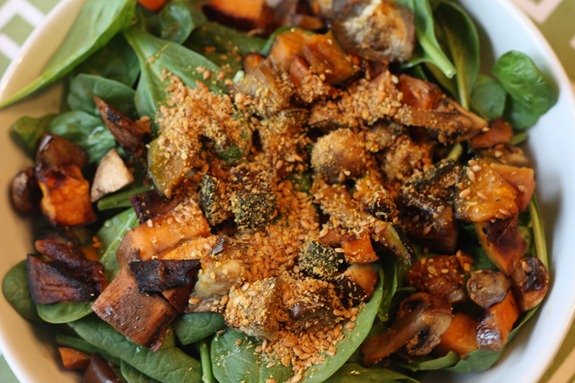 We’ve had these for while, but since I usually put flax on sweet things like oatmeal and these are savory like popcorn I always forget about them. But they went into my juice crackers (which prompted me to grind some up) and so I put them on the salad too. They were great on a salad! 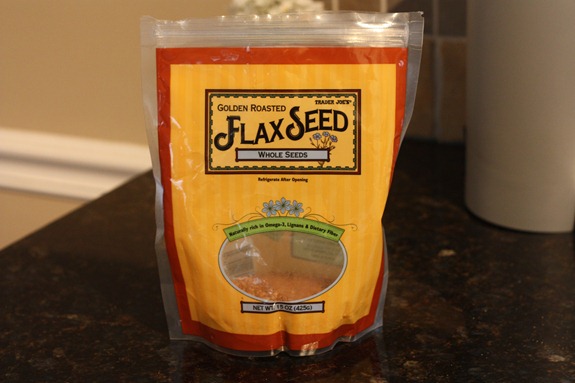 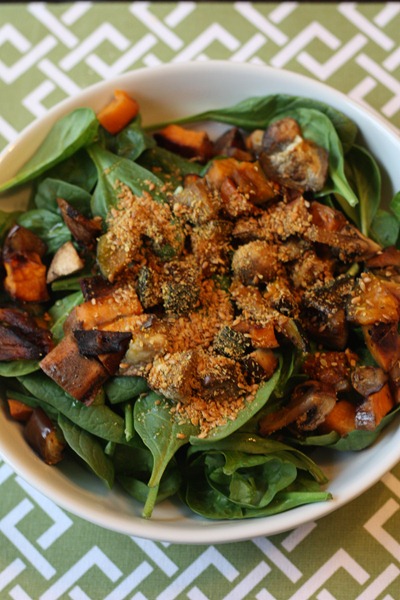 On the side: two small slices of Dakota with brie and plum jam 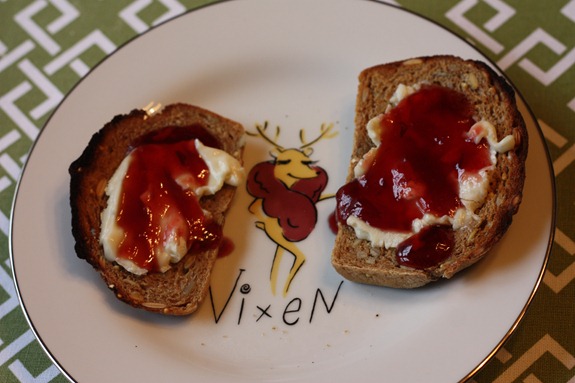 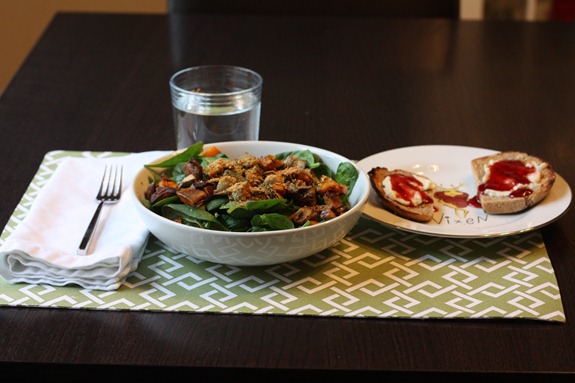 Going to go listen to this and read a little before getting back to studying: "La-la-laaaa-la we’re gonna make you pop-u-ler."