After about a year of planning, we FINALLY got to meet the Bergs (and the Romances!) at Waldhorn, a German restaurant here in Charlotte. Sunday night actually makes a pretty good meeting time 🙂 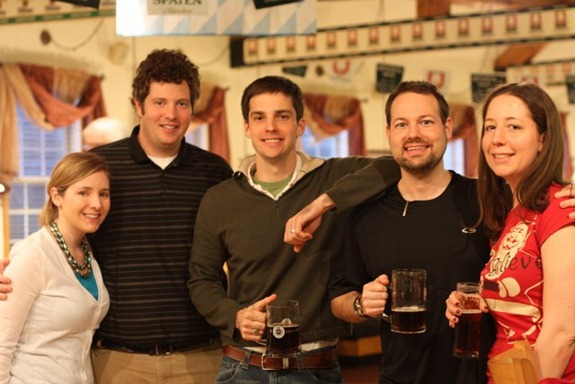 Growing up I heard of my German + Hungarian roots mentioned, so I asked my mom my family history and this is what she said:

Your dad’s paternal grandparents came from Hungary, although since they lived close to the German border, they may have been of German descent.  Their name was Junger and your great-grandmother, Julia, was said to be a good cook. Someone changed the name to Younger, as people often did, to seem more American.  My dad’s family was German.  Their name, as you know, is Kiehne. At one time it was "Von Kiehne," and the story I was told was that during WWI, they changed it, since we were fighting Germany.  My mom’s family is Pennsylvania Dutch, so they too, would have cooked up some very good German meals!

Cool! Forgive me if I blur German + Hungarian lines, because clearly my great-family did!

I decided not to imbibe tonight, but I had my share of sips from Matt’s mugs. 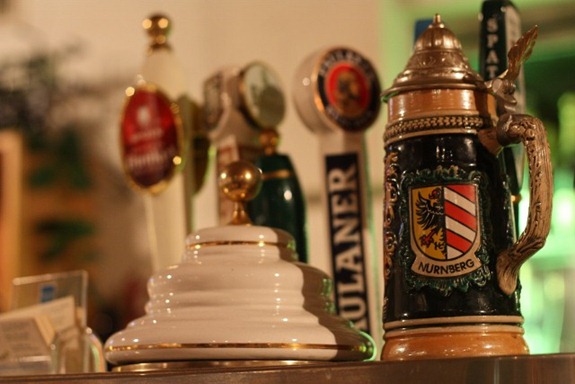 I am not a huge fan of European beers (I know, I know) but the beers I tasted tonight were some of the best ever!!! 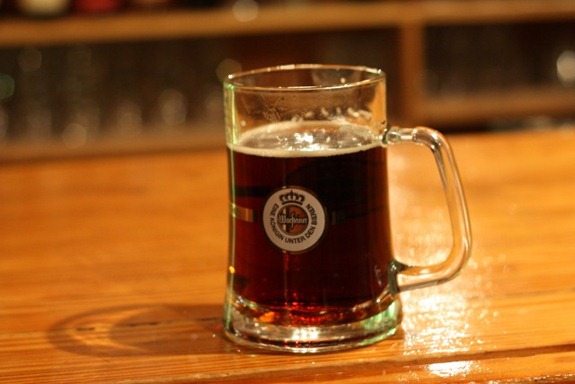 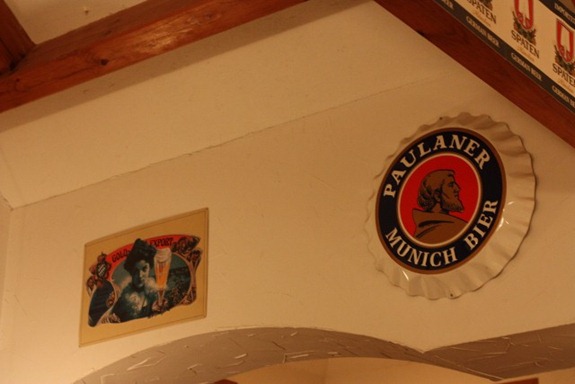 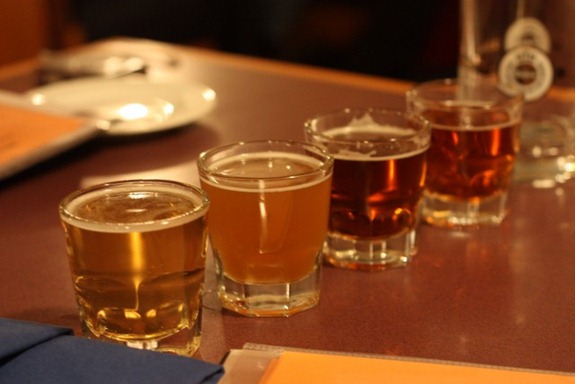 Giant beers were loved by Justin 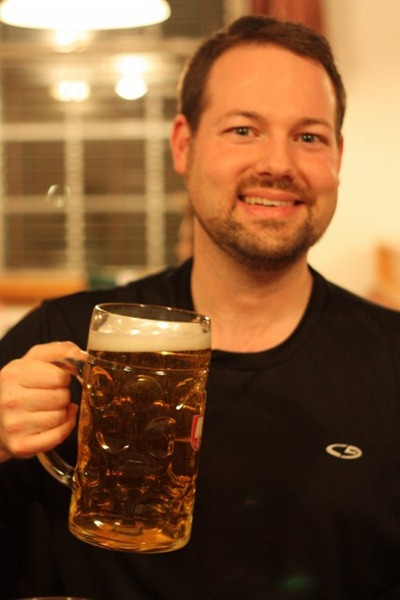 The Spaten Oktoberfest was AMAZING! 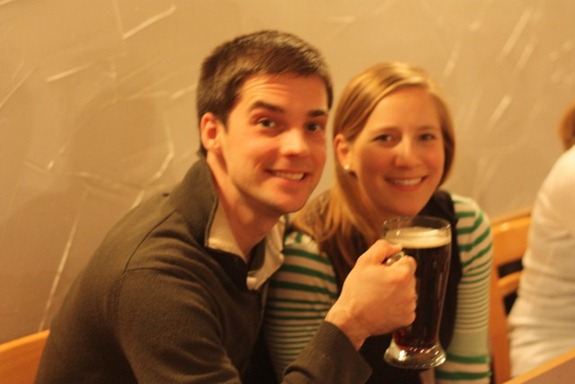 SO were the PRETZEL ROLLS!!! Like a doughnut with a hard, salty crust!!! 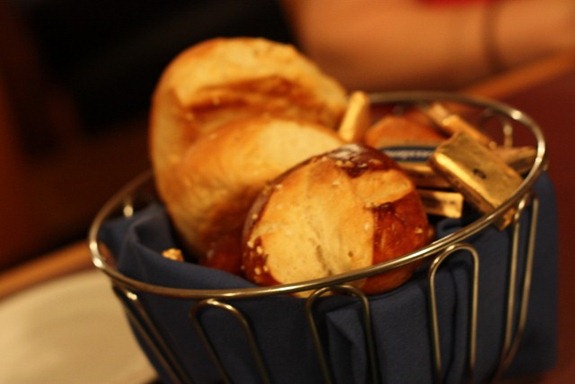 I had 2 throughout the evening. Couldn’t help myself 🙂 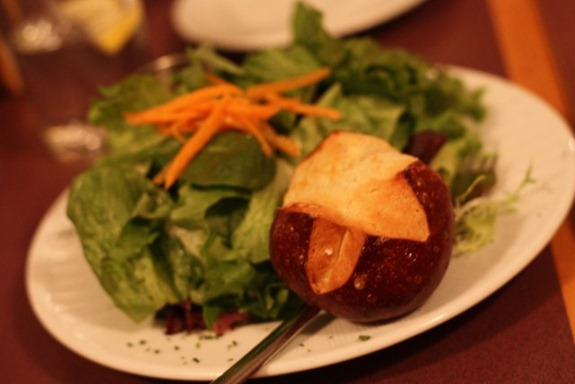 Rather than ordering an entree, I decided to piece together meal. It actually worked perfectly because I was able to taste Matt’s and had plenty of food myself. I often ask myself in restaurants "how much would I eat if I were cooking at home" and the four things I ordered were more than enough. Esp. with tastes of other people’s and beers and the bread…..

I started with a cup of the Ungarische Gulaschsuppe – Hungarian Goulash Soup! I remember my mom talking about goulash when I was little. Not sure if this is the same stuff. It was good, but reallllllly salty. Reminded me of Southern Brunswick Stew but with beef. Very rich and really good 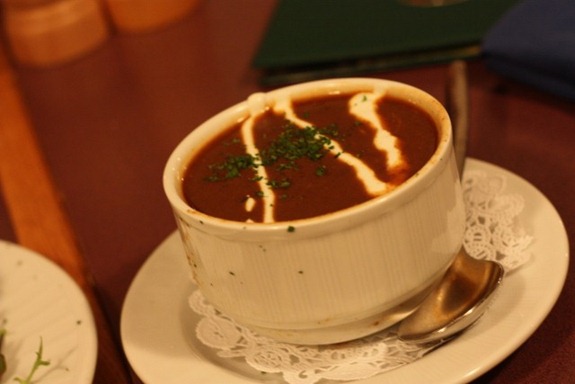 I also ordered a side salad – for some filling greenery 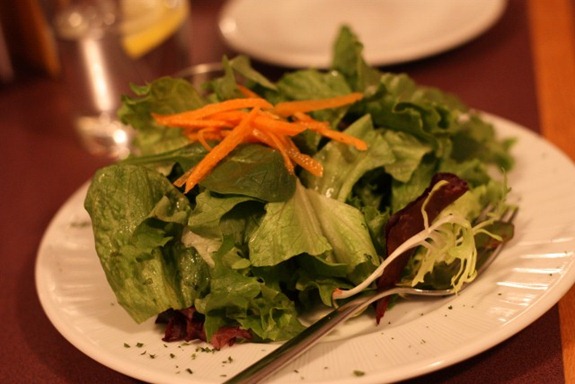 For my "entree" I ordered two sides – red cabbage, which was like dessert it was so sweet and cinnamony!! (want to make this at home now!) and Kartoffelpuffer, a potato pancake served with applesauce!! 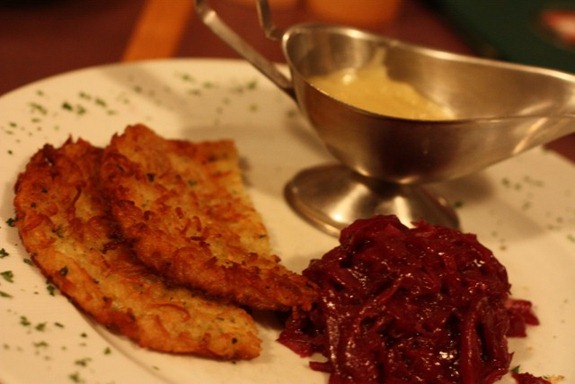 I shared with Matt and gave him most of one pancake half. I dominated that cabbage though! 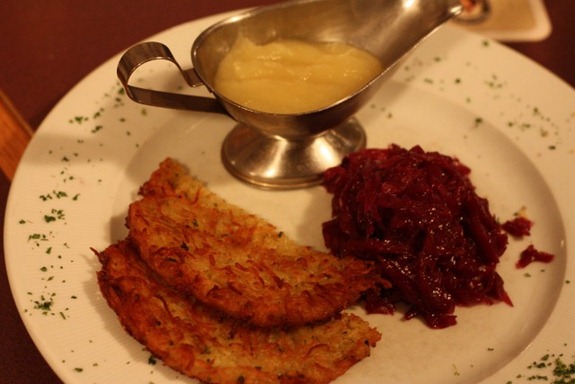 Matt got these three different kinds of sausages – I had a taste of each. They were good, but one bite was plenty. SO rich! I think my palate has really changed lately. 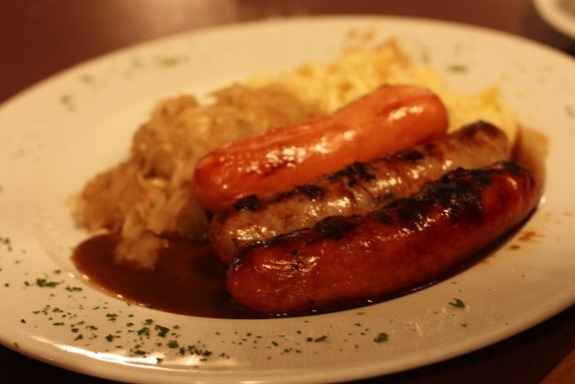 While my choices weren’t the heaviest, I sure feel like I consumed a ton for dinner!

Headed off to bed! Tomorrow begins at 5AM….