You are here: Home / Lifestyle / Home Is Where The Husband Is

We’re wrapping up a fun afternoon + evening. We went for a walk this afternoon to Harris Teeter for stamps. 30 minutes in warm weather was glorious! If only it would last

Diana left the rest of last night’s wine for us. I can’t let wine go bad in the fridge! So I had a tiny glass during cocktail hour while we watched the second-to-last Arrested Development. 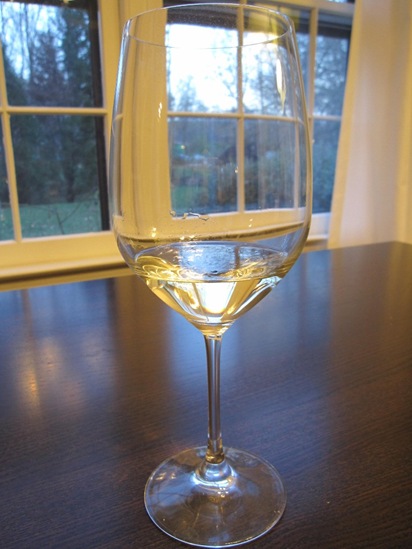 Then we broke for an early dinner: Black Bean Tostadas! 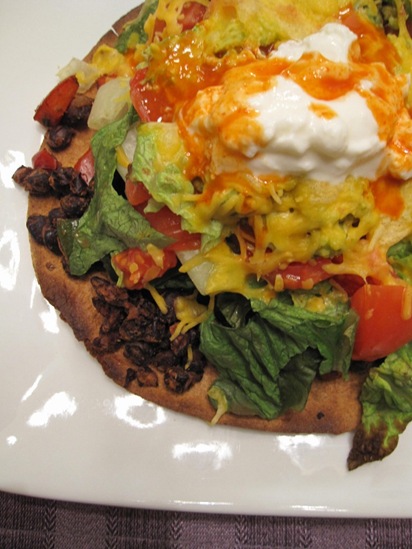 I thawed out a few tortillas that have been in our freezer for ages (now that we’re overflowing with bread, tortillas have been all but eliminated from our grocery list). When I realized how non-pliable they were, I decided we’d have our taco night on top of the tortilla, tostada-style. 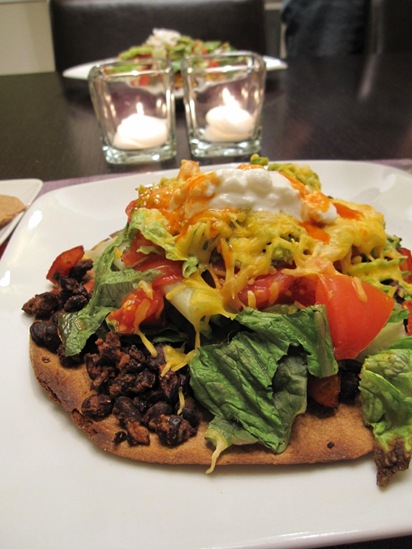 Instructions: pile all on and melt cheese in oven for a few minutes. 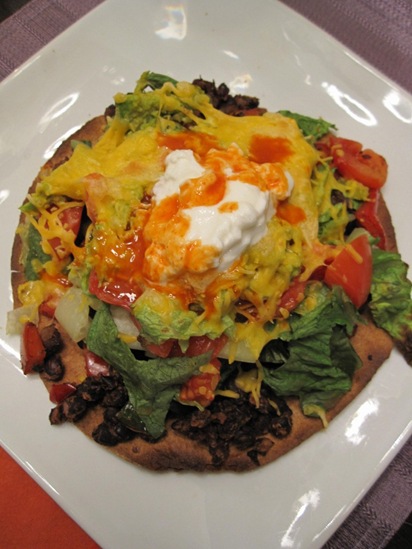 I used some of this teeny, tiny, little Tabasco bottle! Plus Cholula. 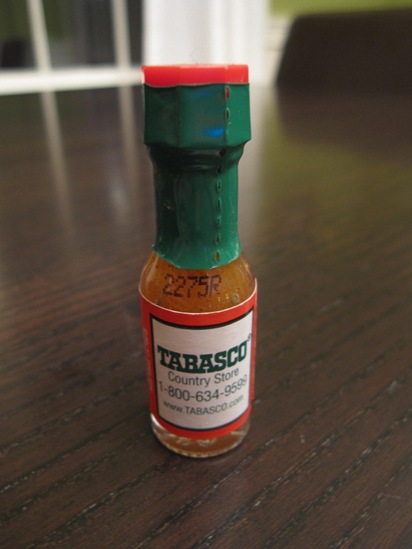 We split the third tortilla on the side as chips – 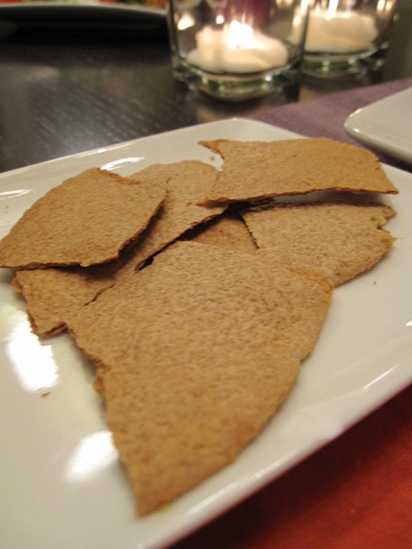 That’s water with lime in my old wine glass – not a vodka tonic! 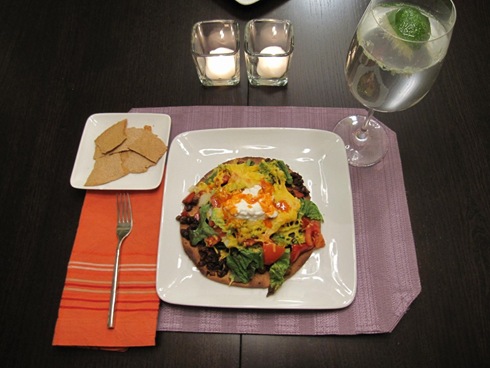 The husband will deny it, but he’s got quite a sweet tooth! He brought home this Oatmeal Scotchie cookie from Great Harvest to have for dessert. But of course I wouldn’t allow him to just eat my VERY FAVORITE kind of cookie (toffee!) in front of me, so I had about 1/4 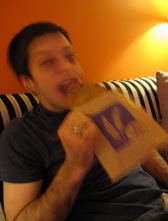 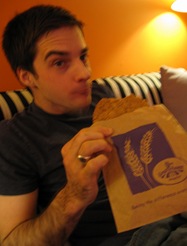 IT’S OVER!!!!!!!!!!!!!!!! Arrested Development’s ending was great. I’m so sad!! But we’ve got seasons 1 & 2 of It’s Always Sunny In Philadelphia that he got for Xmas to start on next. Hope I like it! Then we might open a Netflix account to watch The Office‘s first two seasons (which I haven’t seen) and rent some more movies. I have never been a huge TV/movie person. Mostly because I’ve never had much time to watch either, but I’ve really been enjoying my new shows and recent movies!