Grampa’s funeral and memorial service were beautiful. It was a very sweet day filled with happy tears and memories. Most touching were the speeches given by Grampa’s friend, Matt’s dad, uncle David and Matt himself. They really captured Grampa’s personality as a hard worker, a gentleman and a Duke Basketball fan. Matt told the story of us striking conversation during Davidson freshman orientation over a pair of Duke shorts he was wearing, which led me to ask him if he was a Duke fan too. He replied yes, and that his Grampa was a huge fan and had encouraged him to root for Duke despite his dad and uncle being Tar Heel alumni. He thanked Grampa for leading him to the love of his life through his loyalty to Duke 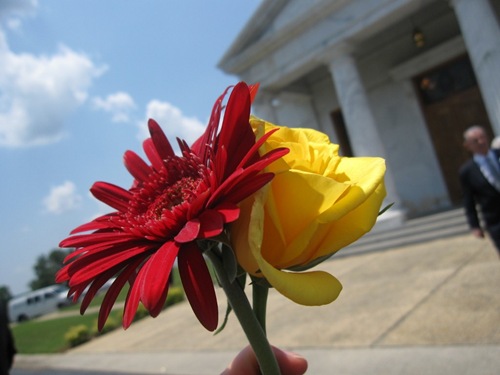 Between the services, we had just 5 minutes to eat our sandwiches. Turns out we LEFT them in the fridge and luckily my dad was joining us for the memorial and could bring them. 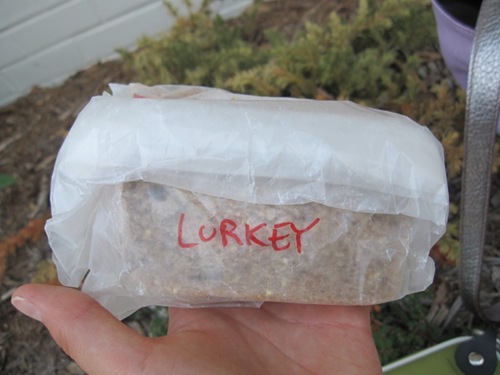 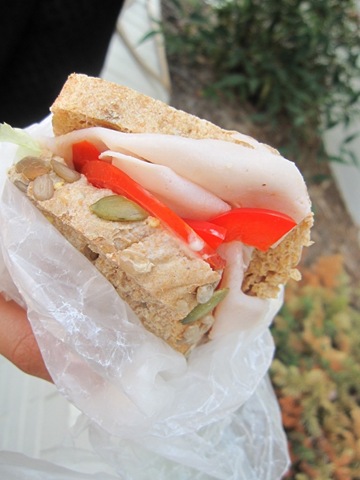 By the time everything was over we were starving for a second lunch and family gathering at Bonnie, Matt’s grandmother’s, house.

The spread was full of salads and sandwiches 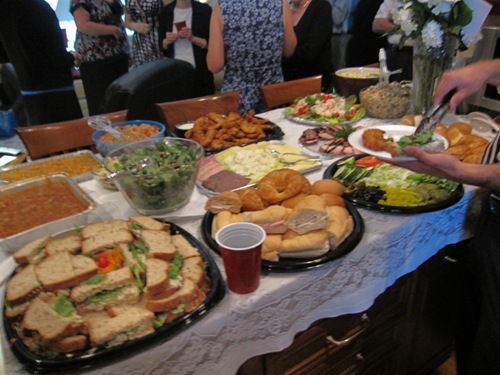 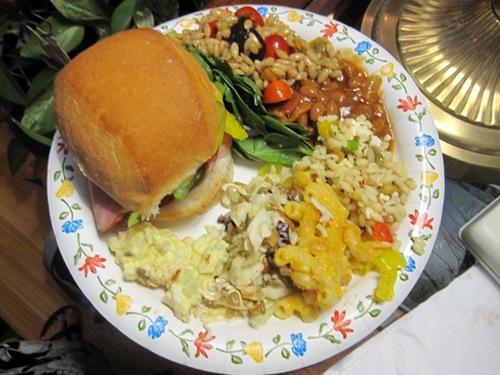 And of course a tiny taste of some of the desserts, per usual. I am not a cheesecake person, but this one was FAB! 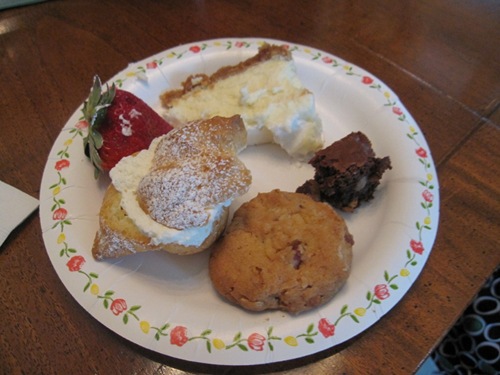 I ate this meal around 5:00, so I didn’t really need any dinner when we got home.

It was nice to get to catch up with all of the family today. Here are the Monson cousins – Andrew, Elizabeth, Dylan, Natalie, Sarah and Matt. I had to look twice because I thought Elizabeth was me at first even though I wasn’t even in the photo!! 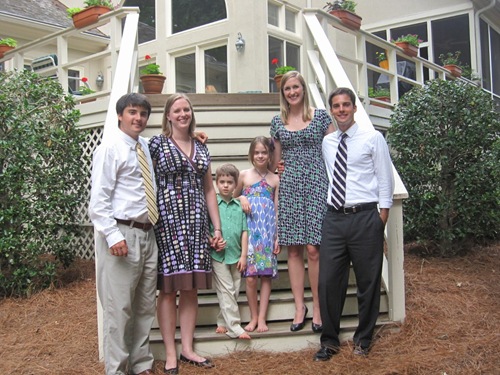 We are both totally exhausted and worn out from the long day. Poor Matt had to try to sleep in the car on the way while I drove because he has to get up at 3 for work. To bed immediately for me too!