You are here: Home / Weekend / Gourmet on the Go!

I think I’m finally figuring out how to pack the quality lunches I ate while working full time in my new transportable, microwave-free, on-the-go lifestyle. The secret is being creative with zip lock bags and plates. Today I packed my leftovers from last night’s tabbouleh into one bag along with another bag of spinach and broccoli with balsamic vinegar added to it. Instant salad! 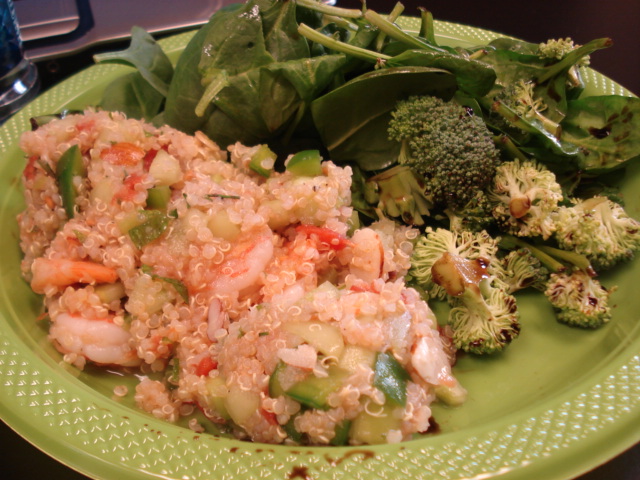 On the side – carrots, 1/2 a pita, orange slices and Fage = enough to hold me well through my afternoon classes. 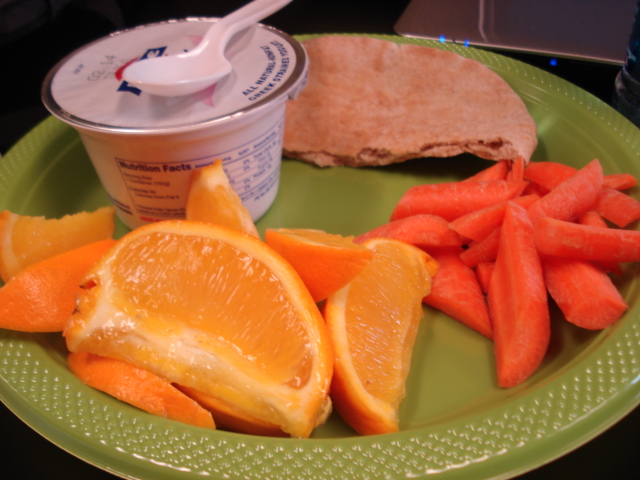 Many of you have asked me about getting strange looks while photographing food. Well the very minute I finished getting out lunch, tons of people swarmed my lounge!! I had this whole buffet set up and was kind of embarrassed of my two huge plates of food and on top of that, I had to take photos before eating! I tried to do it as fast as I could, but it was a little strange. I wasn’t embarrassed about the photos as much as my huge lunch spread 🙂

I hit all the food groups today: 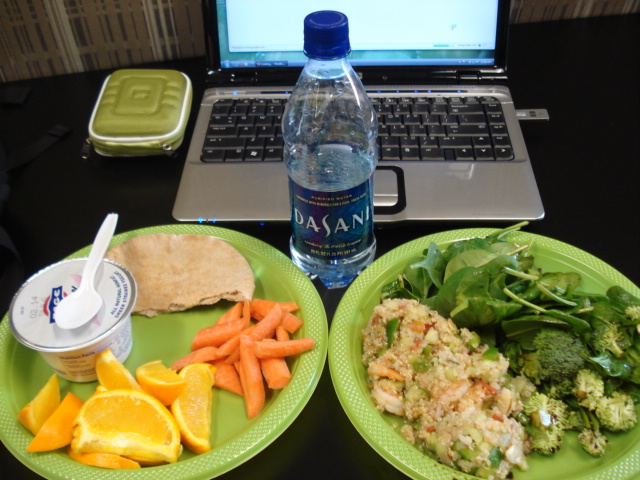