We met Kate, Nate and Karen for a little movie action this afternoon. The Road was amazing. So well done and very true to the book. I think I appreciated it more having read the book than I might have otherwise. It was quite somber and a bit gruesome, but totally well done. 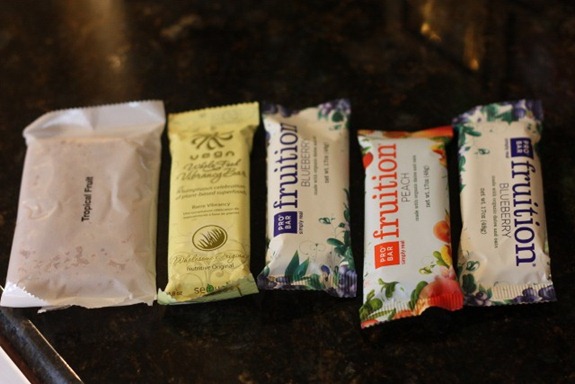 We nibbled on this Tropical Fruit Bear Naked bar on the way there and shared the rest with K+N. I liked it a lot – these bars are like oatmeal cookies!! But Matt and I both agreed this flavor would be better without the strong lemon flavor. 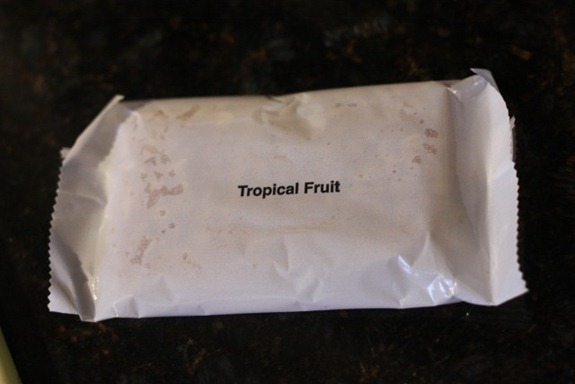 And then I tried this Vega Vibrancy Bar. I’m not sure what the flavor was but I think maybe just the standard plain one. It was kind of datey and had the most delicious chunks of what I think were almonds – it was like toffee!! However, there was this overpowering blech oily taste – essential fatty acids!? – that Kate, Nate and I all thought was quite gross. But the texture was so good I ended up finishing most of it. I’d give it a solid B. 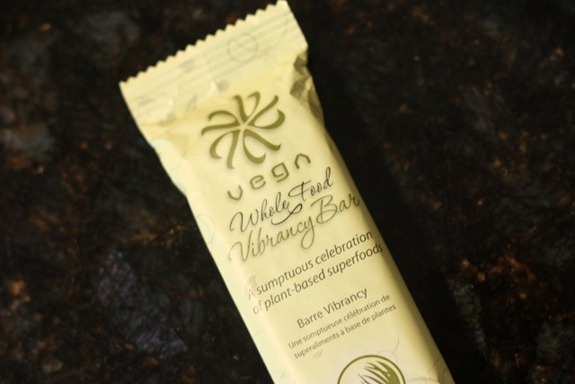 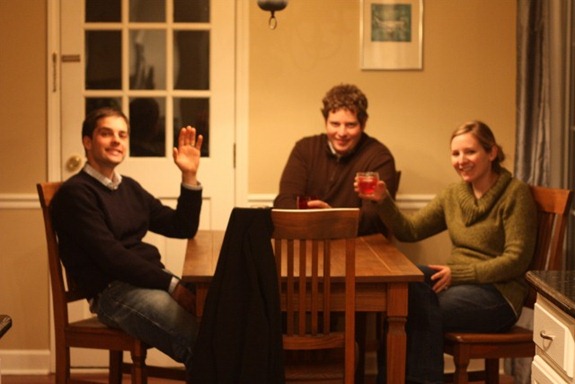 I wasn’t in the drinkingist mood, so I made some POM Mocktails for us 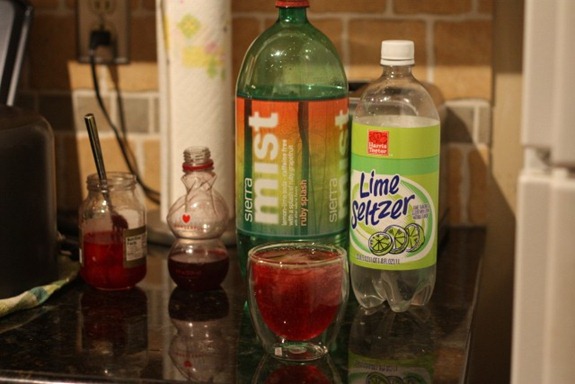 Seltzer, a splash of Sierra Mist that Karen left here, POM and cherries. I think I had 2 of these. 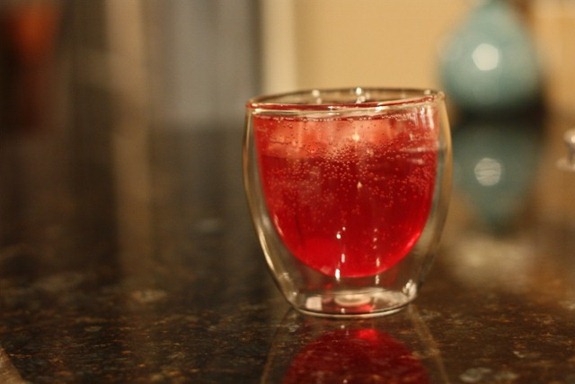 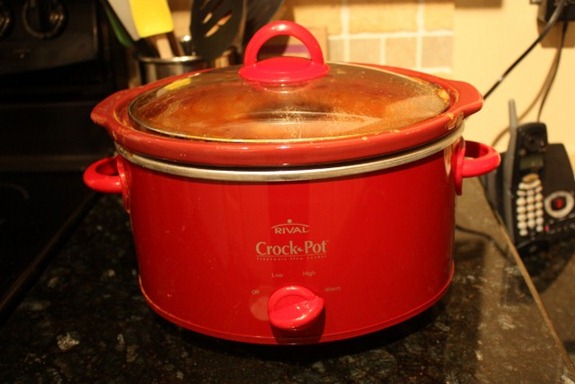 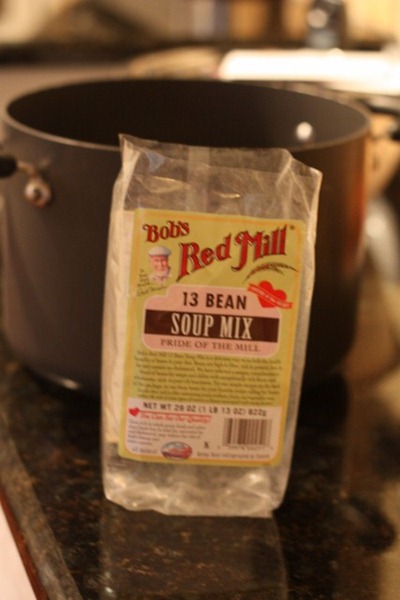 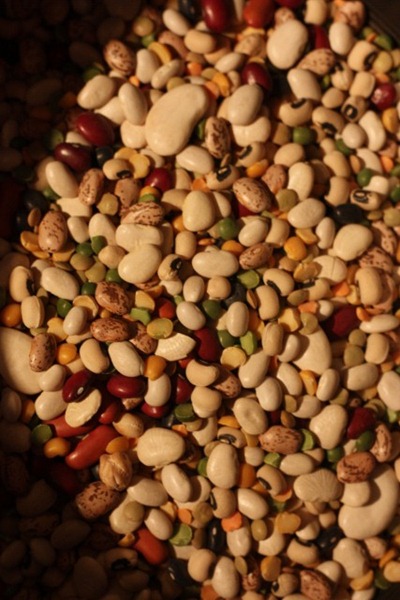 We used Bob’s Red Mill 13 Bean for the base. I soaked it last night in a bunch of water. Then today, we put it in a pot and brought to a boil (because of the KIDNEY BEANS) and then after it had boiled and simmered a bit and then put it in the crockpot with 1 can of diced tomatoes, a can of tomato paste, chili powder, garlic powder, salt and pepper. 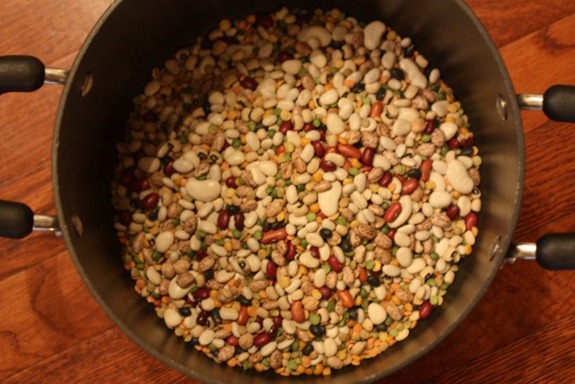 After we came back from the movies it had bubbled over the side!! But it did taste amazing. Very creamy! 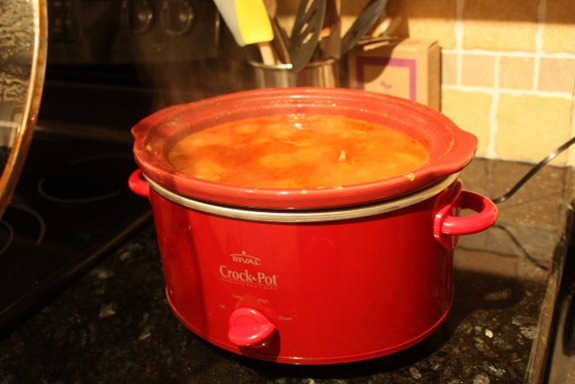 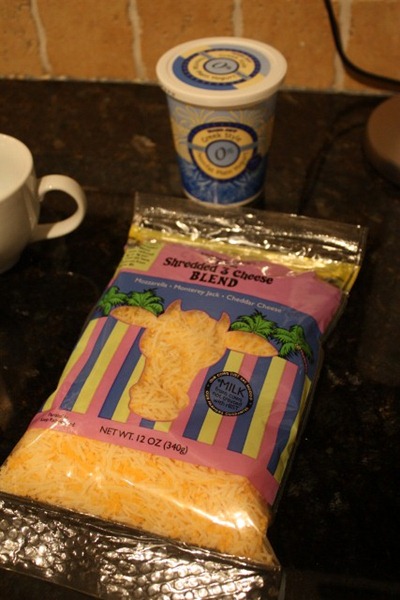 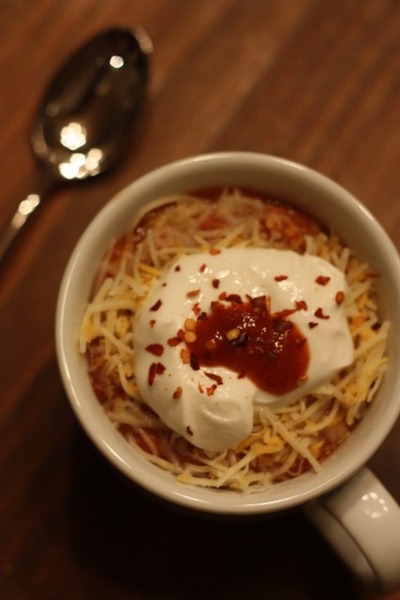 I had seconds on toppings midway through! 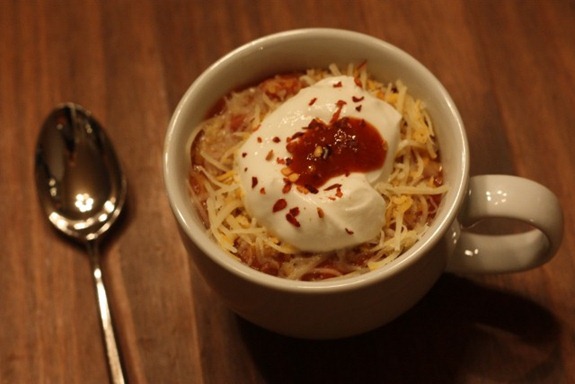 Ain’t nothin’ like dippin’ some tortilla chips into chili! Had a bunch of these guys.. 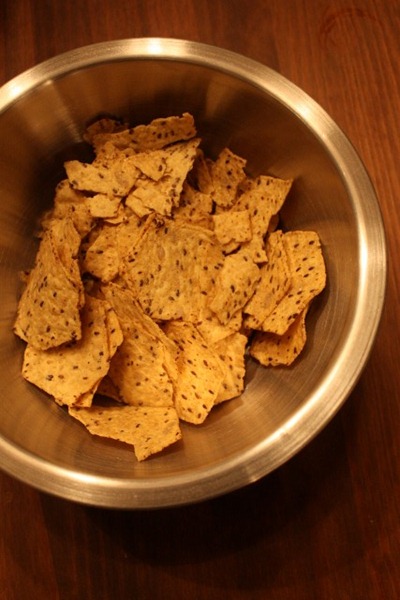 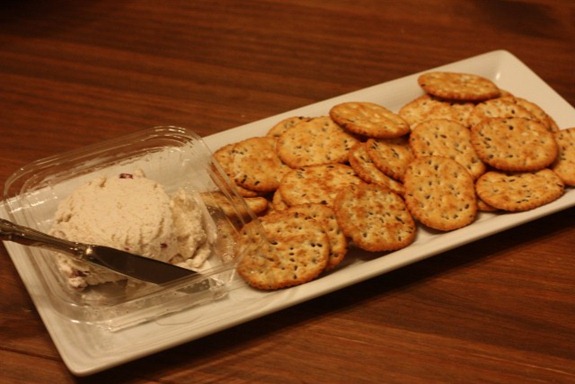 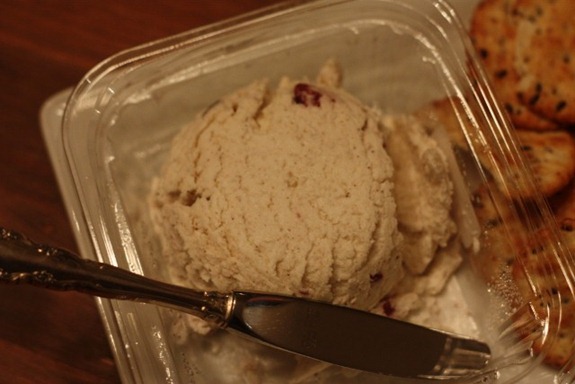 Loved these Back To Nature crackers as well 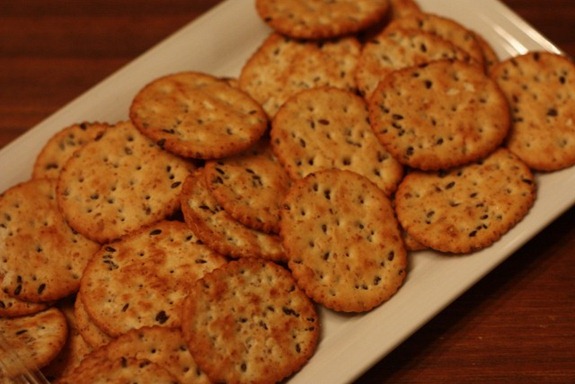 Annnnddd I realized I had the ingredients for a spinach salad and TOTALLY FLAKED OUT!! I completely forgot to assemble it and after dinner I asked if anyone wanted any and everyone seemed full so we moved into dessert. Obviously. 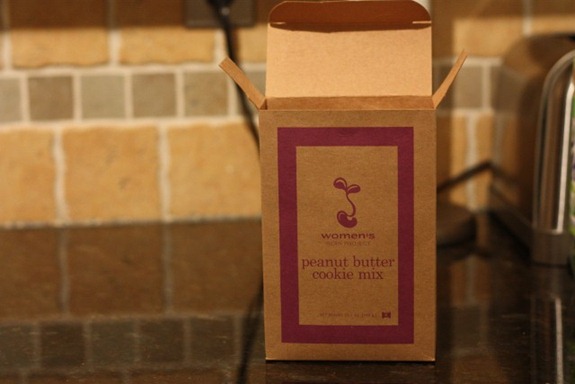 However, upon opening the contents of this Women’s Bean Project Peanut Buttery Cookie Mix I found evidence of some WORMS!! AHHHHHHHHH!!!! So glad I gave it a close inspection (I’d had this in the pantry for a long time.) Going to totally inspect the pantry top to bottom tomorrow. Very, very scared of the Indian meal moths now! 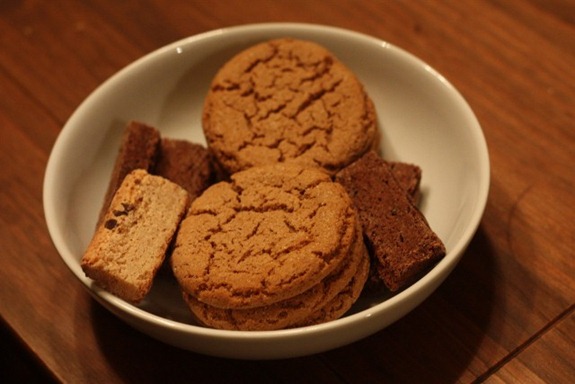 We started a game of Apples To Apples and I nibbled my way through one of each – a giant cookie and a brownie. So delish!

Such a good game! 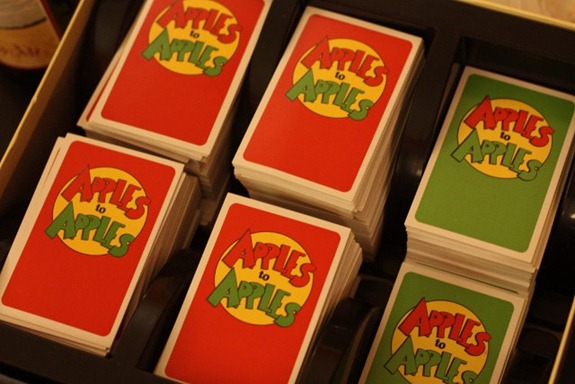 Red wine was opened and I had a little to go with dessert. x2 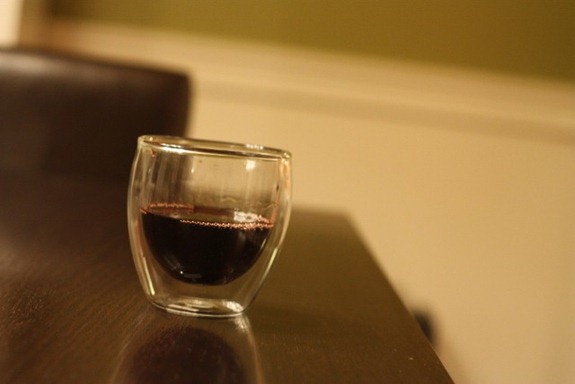 At the end of the game we counted up our points – 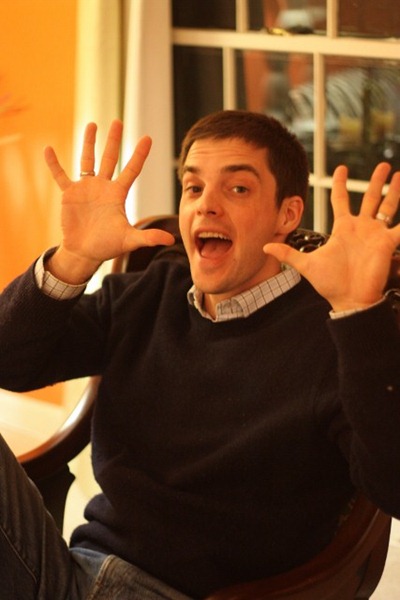 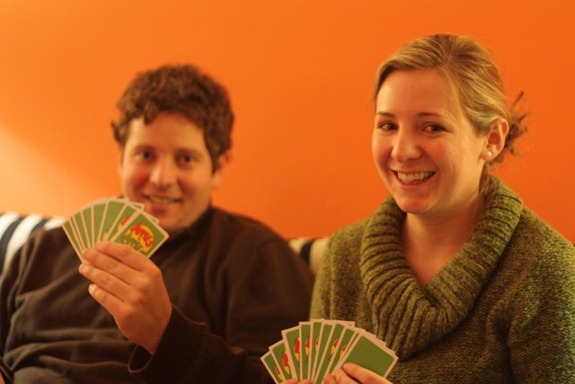 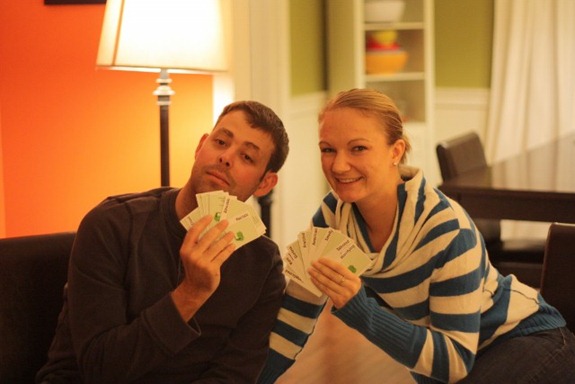 And only THREE for me! I am a sore loser 🙁 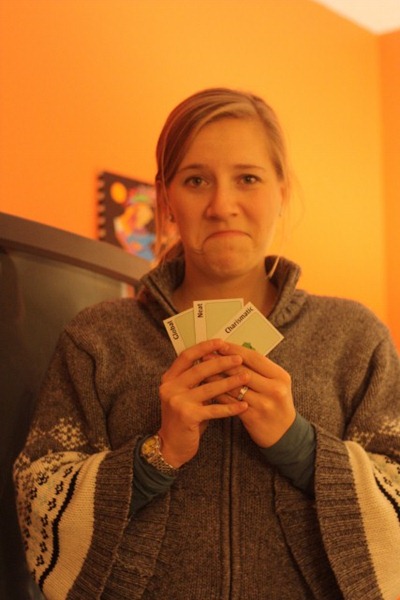 I can’t believe how many of you like to chop ONIONS! I normally never hack with my Random Integer Generator, but I gotta admit I couldn’t give the prize to someone who was going to chop onions first thing.

So the random non-onion winner is…

Rebecca, send me an email with your name + address!