You are here: Home / Weekend / Focus

Lauri and I walked for over an hour (at a strolling pace) studying for our Community test this evening. We eventually got quite pooped in the legs and finished the last 45 minutes or so relaxing in a pair of rocking chairs on the porch of a building. The studying paid off – I’m pretty sure I aced the test. (Knock on wood!)

Class came and went and I snacked on these two items: 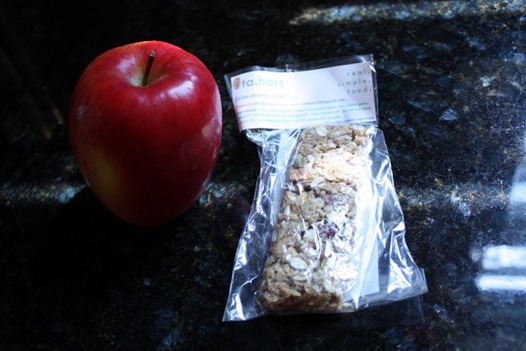 Our professor also brought in some peanuts and I had a few of those too!

I got on the highway going the wrong direction after class. I’ve driven to Winthrop for 2 years and have never done that! And then I noticed that the opposite direction there was a horrible car accident blocking all the lanes, which mean I’d probably want to take back roads to get back up. Thank goodness for the iPhone + Google maps because I was able to easily find my way.

While I was hard at work in class, Matt was home cooking up a storm – 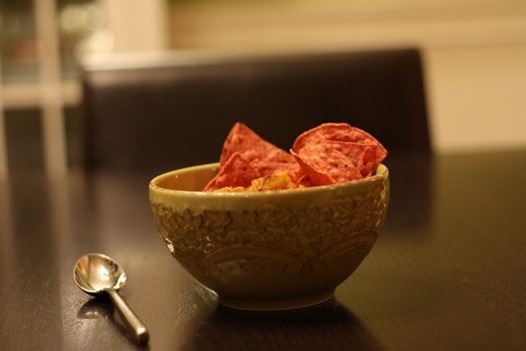 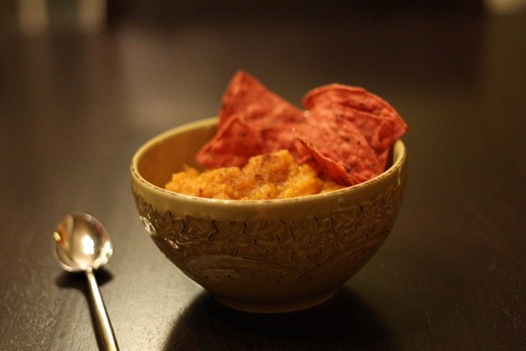 I left the house with the instructions that he was to make a soup with the butternut squash, parsnips and box of Pacific Butternut soup any way he liked. He even provided me with the recipe and took some photos! 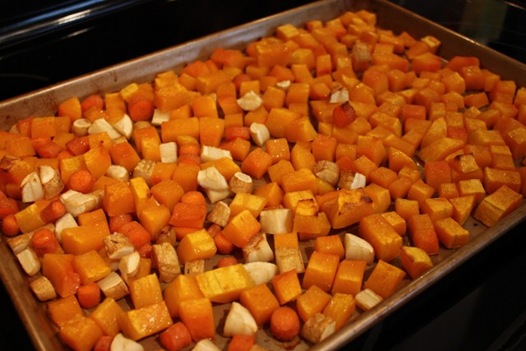 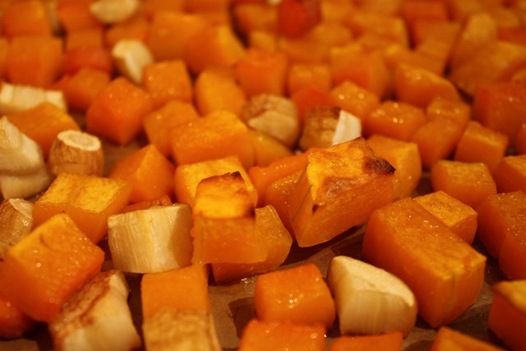 Then he added this: 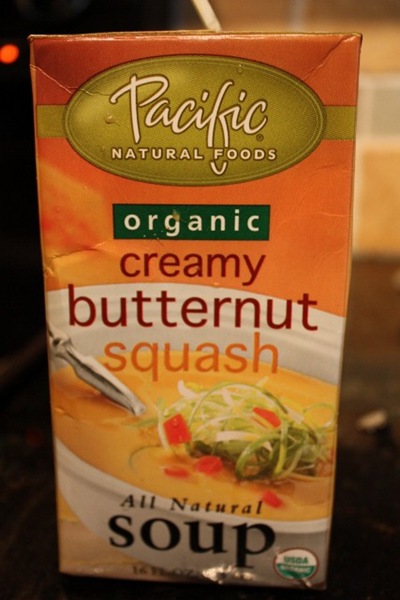 Plus 1.5 cups veggie broth and about a cup of water and the following spices: 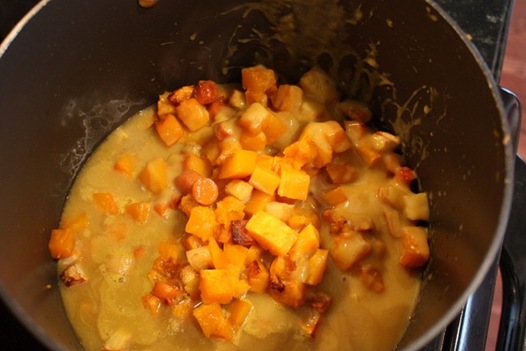 And then mashed away – 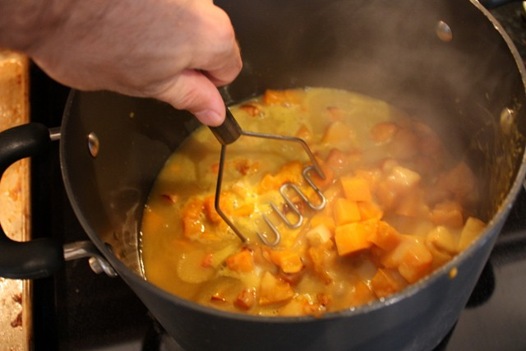 I enjoyed it with extra cinnamon and Food Should Taste Good chips for scooping. It was SOUPer thick – more like a root veggie mash than a soup. 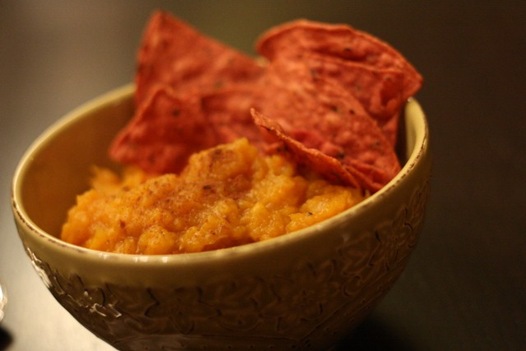 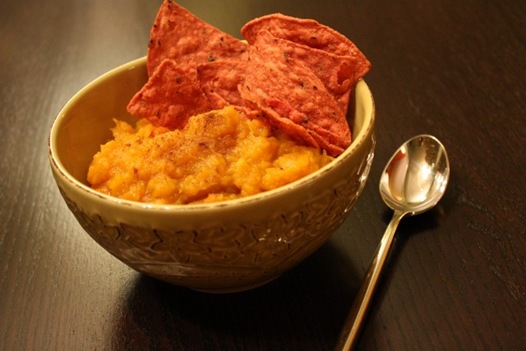 I also got my new 50mm f/1.8 lens!! I have to say, while the aperture setting is pretty darn cool, the macro-ability is pretty bad. Bad just meaning I can’t get close ups much at all. The macro distance is 1.5ft., compared to 0.8ft on the lens that came with my camera. Guess that means I do need a macro lens in my future, but I can’t afford that right now.

Check out the blurriness coolness – 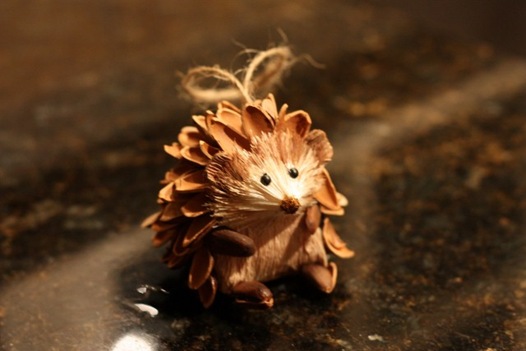 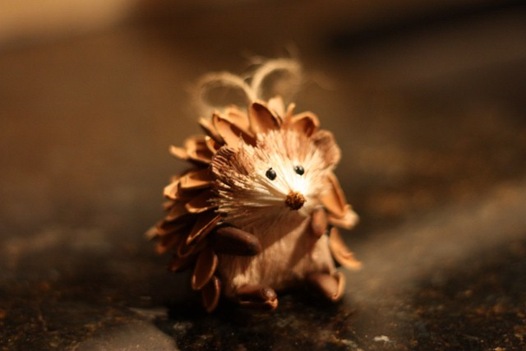 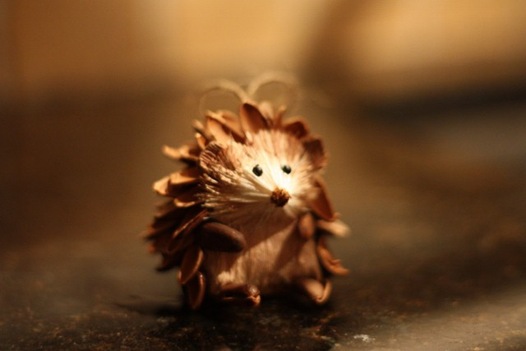 It does seem to be much better in dim lighting than my other lens.

My fall Breathe Magazine article on grocery shopping is out! L.O.V.E. the cover this quarter 🙂 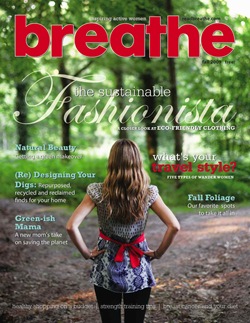 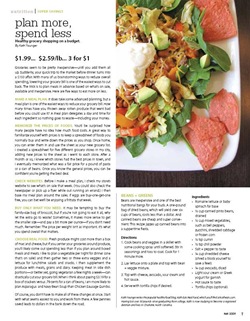 So very tired again tonight – hoping to get a good night’s sleep this time!