Today has been one of those nibbling days where I am full but just keep tasting. Because food. tastes. good. 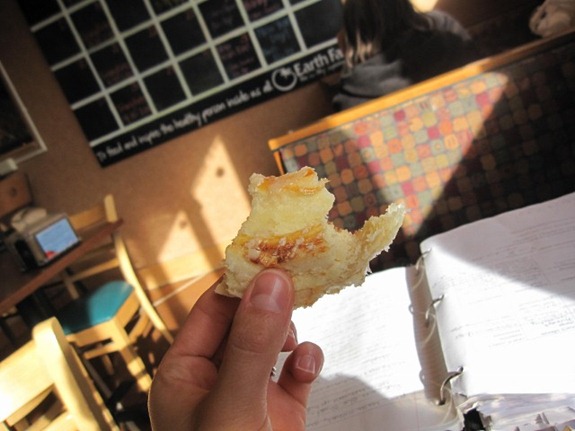 And then my Community professor brought in some traditional Native American Three Sisters Soup for our final exam. Oh what fun to make it more of a party! 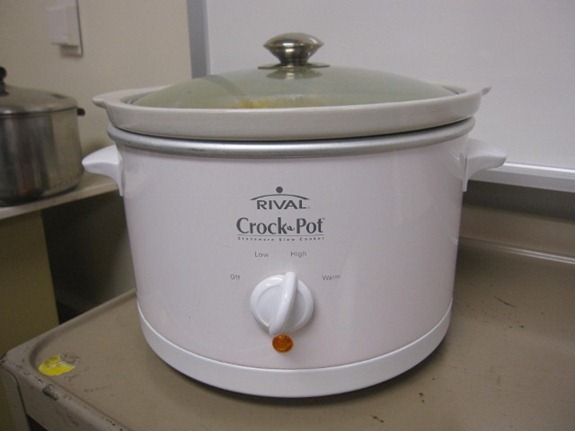 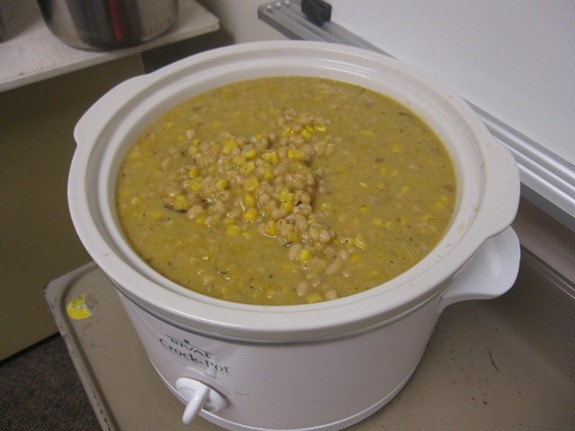 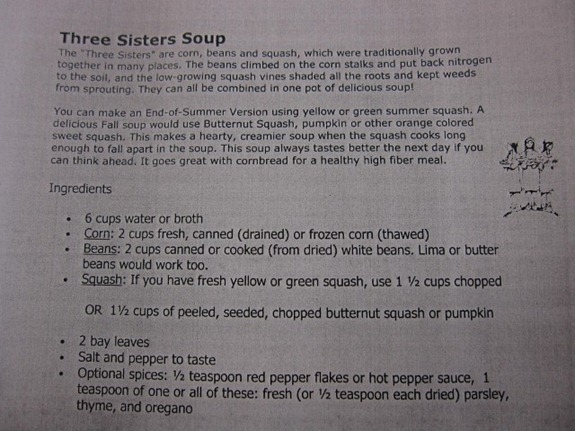 Despite not being hungry in the slightest, I had to try some after the exam was over. With cornbread! Mmm! It made for a nice snack. 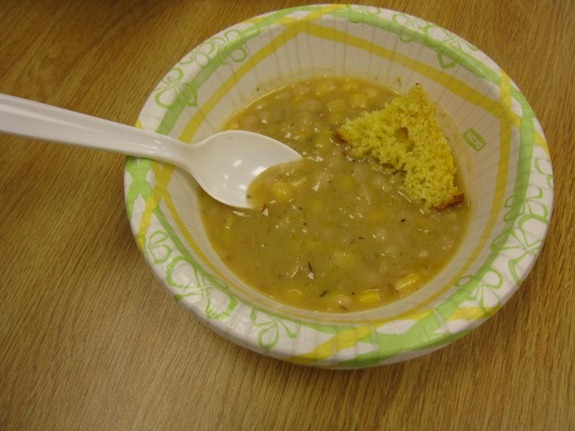 After the exam Lauri, Kelsey and I headed to a wine bar to celebrate. We’ve bee meaning to go out for wine after every class for over a year now. We finally had a good excuse!

"In BEER there is strength. In WINE there is wisdom. In WATER there is bacteria!" 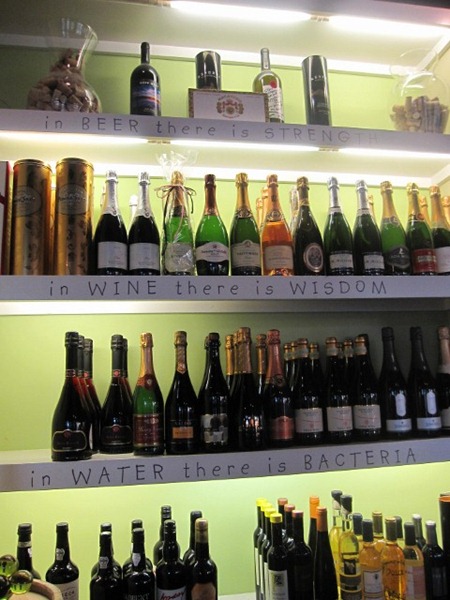 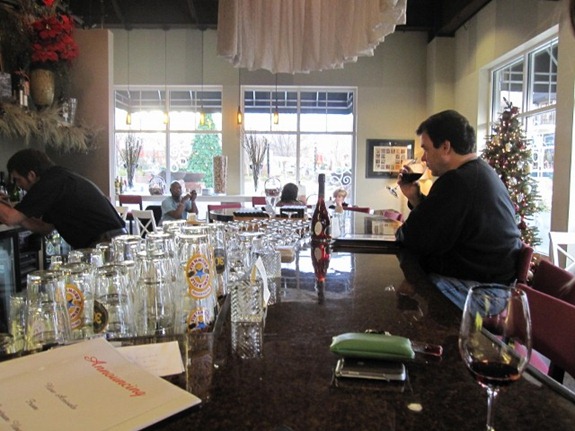 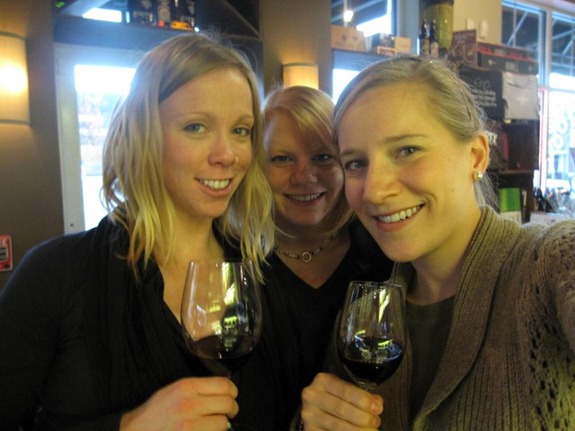 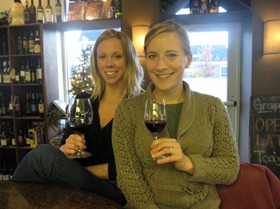 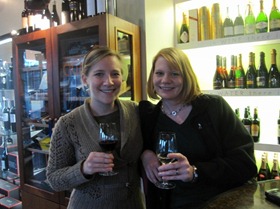 I started with this delicious California Blend in Jenna‘s honor 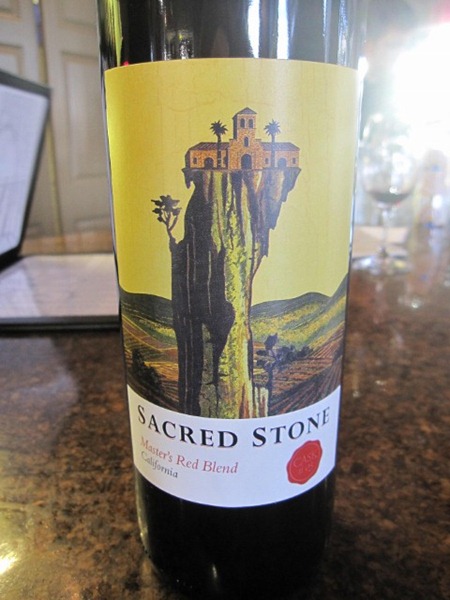 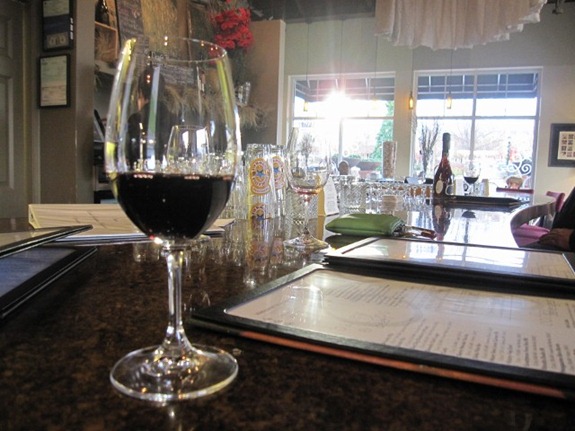 Followed by a taste of the Southern Sisters Reserve Shiraz 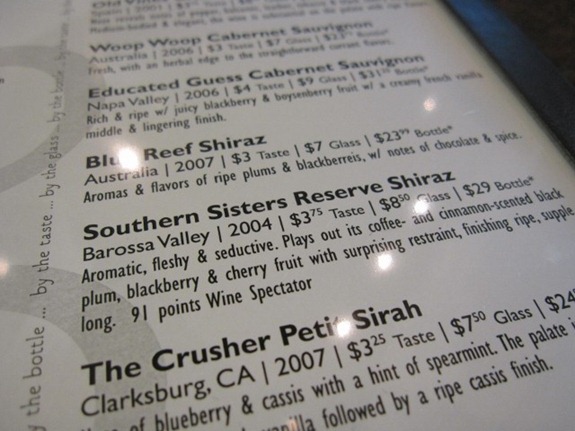 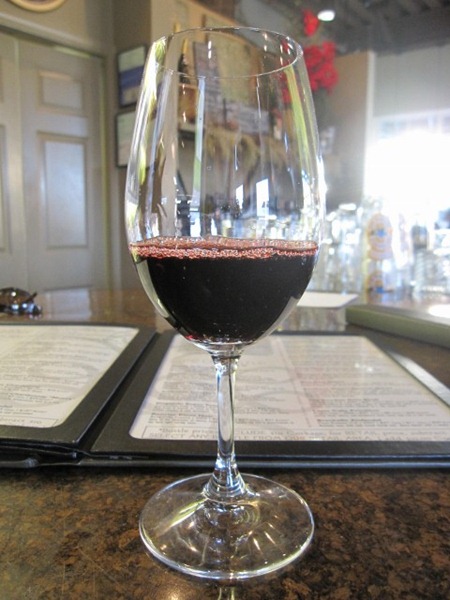 And finally, The Crusher Petit Sirah 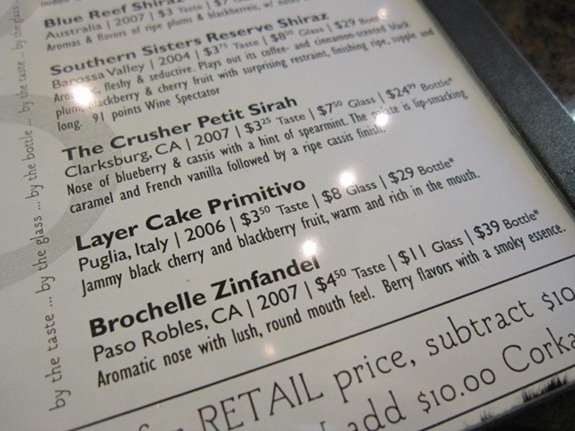 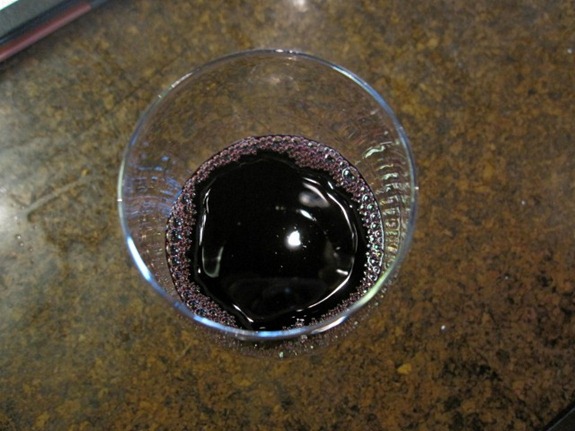 Kelsey dropped me off to find a happy Matt drooling Moose Clone on me! 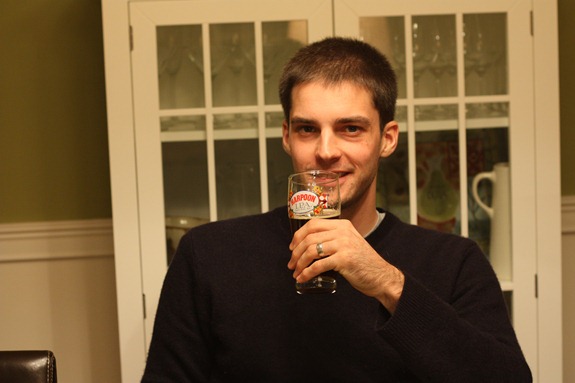 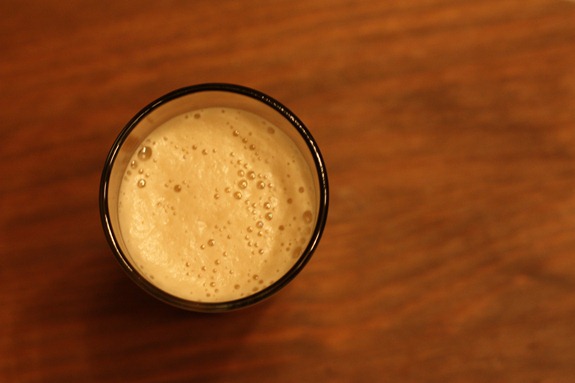 This beer is SOOOO GOOD!! I had a tiny tasting glass pour 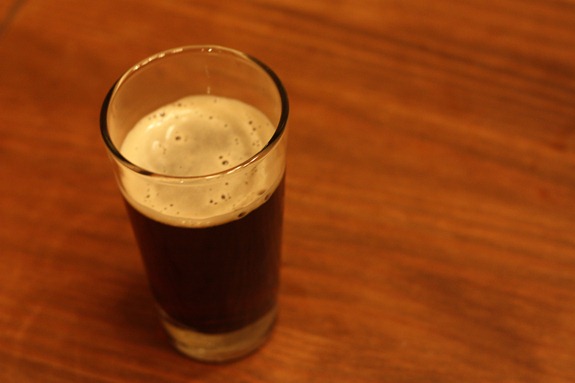 And a sip from the bottle to help him out. Since he needed help. Clearly. 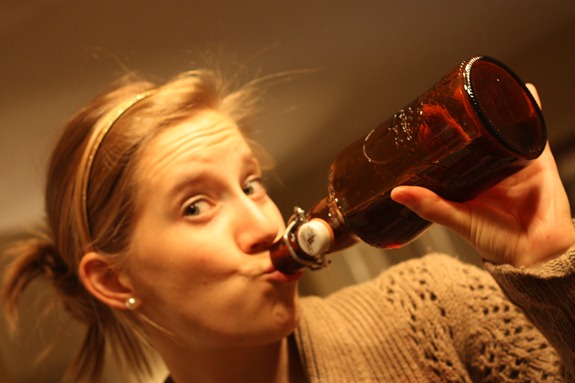 Karen brought over some lasagna she had made earlier this week and it made for the perfect Friday night quick dinner. 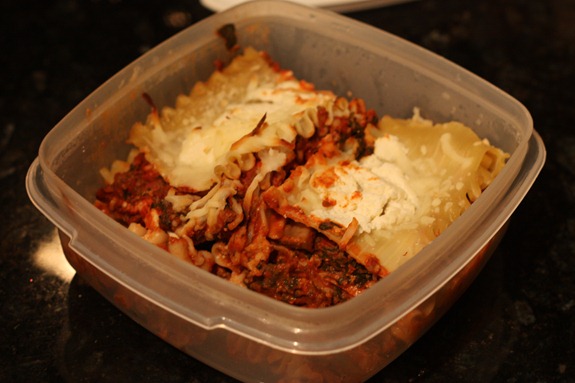 25 minutes in the oven later…. 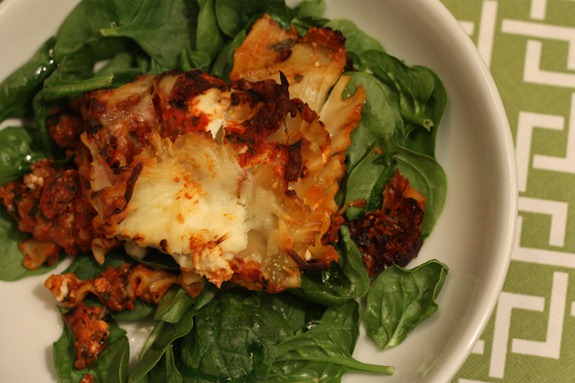 I do NOT like lasagna….but this was amazing!!!!!!!!!!! Totally hit the spot. We *think* it had meat in it, but it was hard to detect. Lots of mushrooms and sauce! I could have done without the ricotta (blech) but overall, it was perfection. Served over some wilted baby spinach. 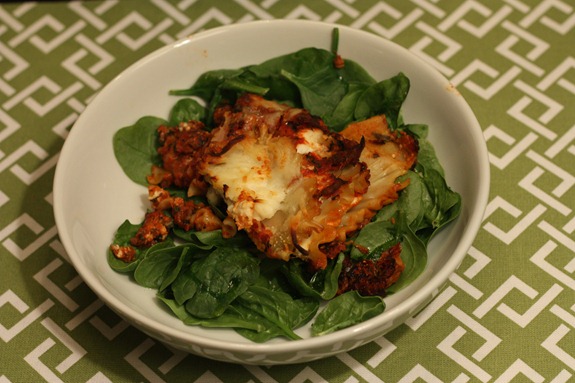 So good I had to have seconds! 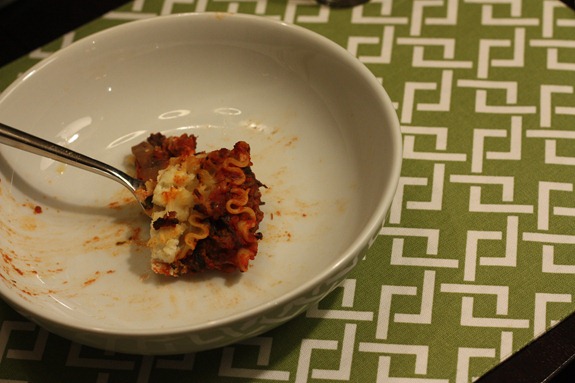 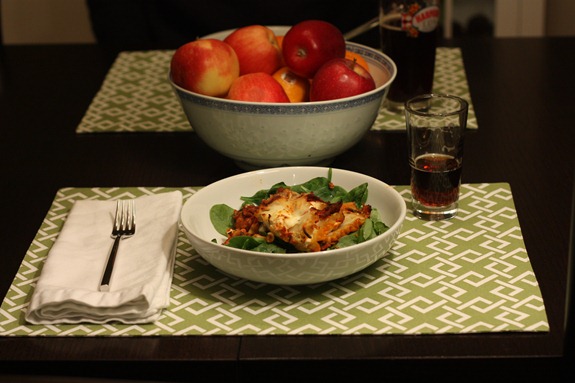 We are going to watch The Office + 30 Rock to round out a near-perfect evening. Dessert might be on the menu. I’ll letcha know tomorrow!