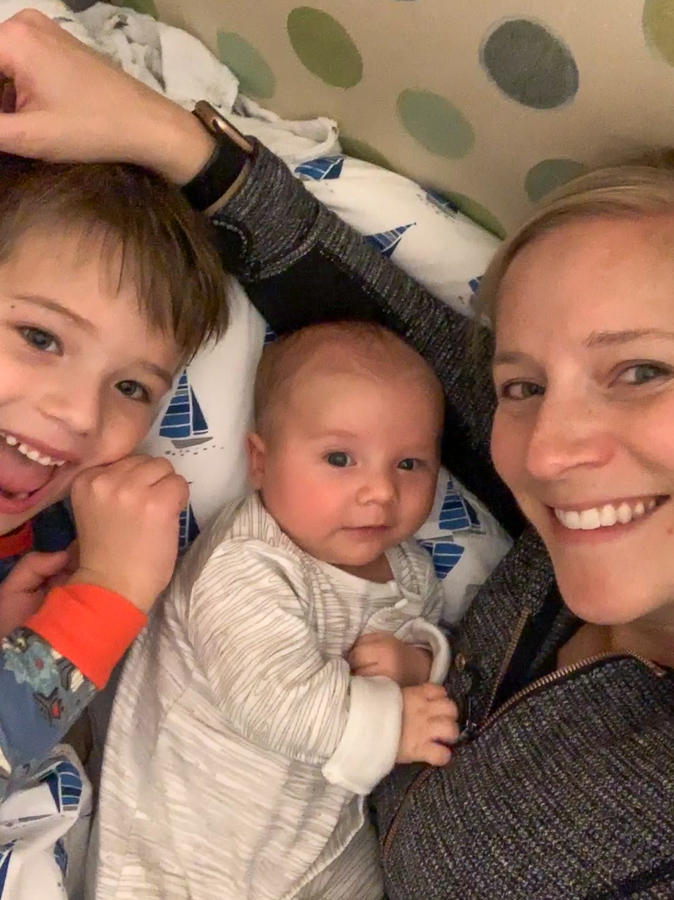 Hope you guys had as snuggly of a weekend as we did!

On Friday night our friends the Moores brought us dinner. (The last of the new baby meals – we appreciated them all so much!) We enjoyed pizza and salad and a little rose! 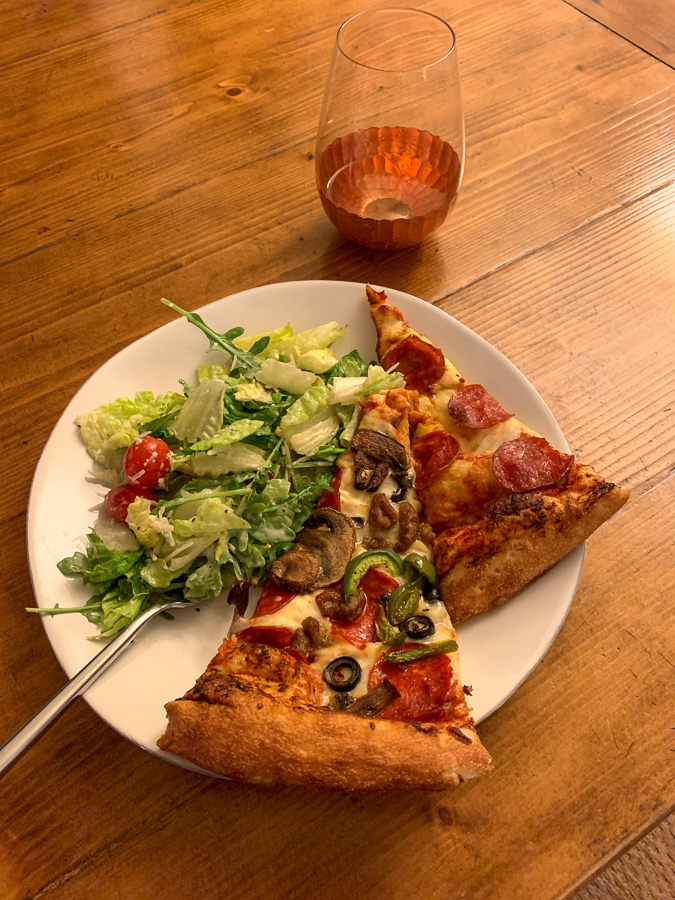 Thomas went out bowling with a group of guys, so the boys and I did bedtime all together in Mazen’s bed. 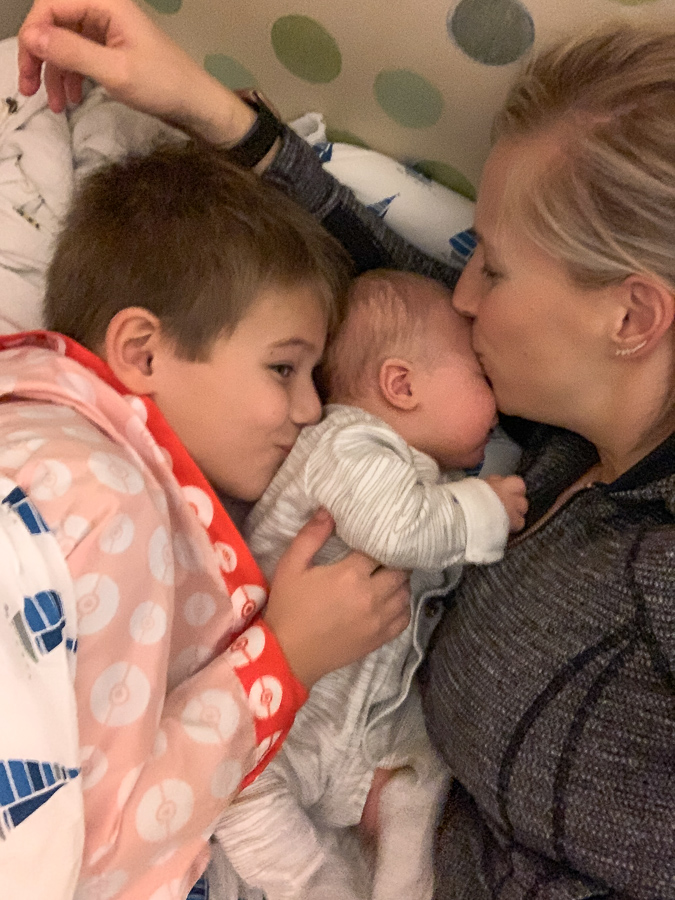 Mazen loves to read to Birch, and it couldn’t be more of a win-win-win for the three of us! 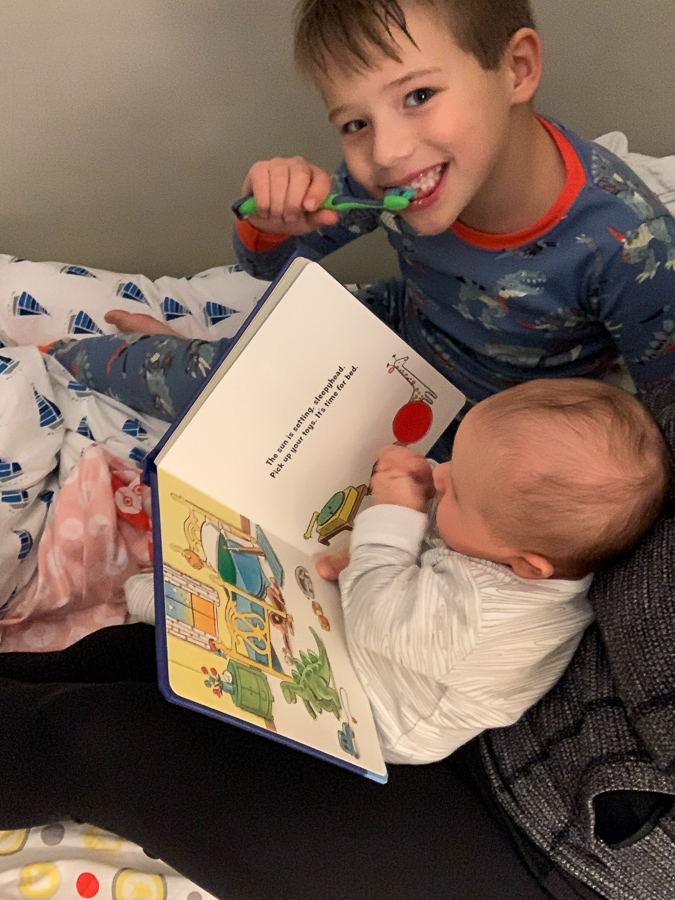 After kissing Mazen goodnight, I took B up and put him to sleep and read my book for a while. I’m 30% of the way through On Second Thought and it’s really good! (On another note, I tried Nine Perfect Strangers and just couldn’t get into it! I might try it again later.) 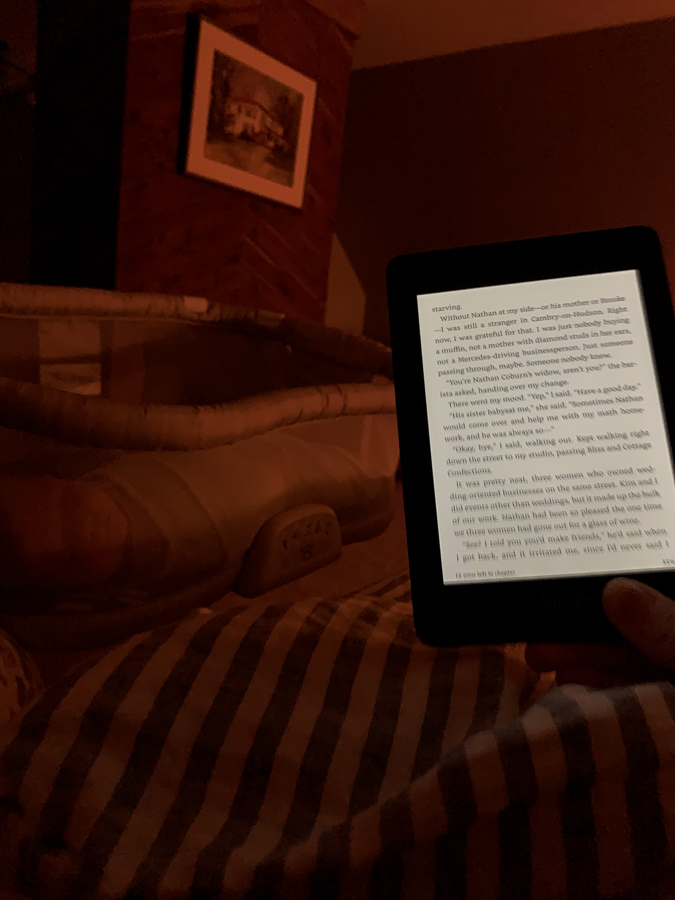 When rumor surfaced that Chris was teaching “old school plyo” on Saturday morning I put the class in my calendar weeks ago. His Thursday morning plyo class is my all-time favorite: it’s 50 minutes of group ex cardio in a dark room with catchy music (think dance party clubbing at 2 am) There is no equipment, and it’s HARD! He started doing Afterburn (which involves a step) on Thursday mornings a while ago and stopped teaching plyo and there are many of us who miss it so much. At least for now, on Saturday mornings, he is bringing it back!

All this to say, Birch did not sleep well on Friday night and I considered sleeping in for a hot second, but I knew this was the one class I did not want to miss (I had literally waited a year to take it!) so I went. SO glad I did!

I had PB toast and coffee beforehand – in the car because I was running late after nursing B. 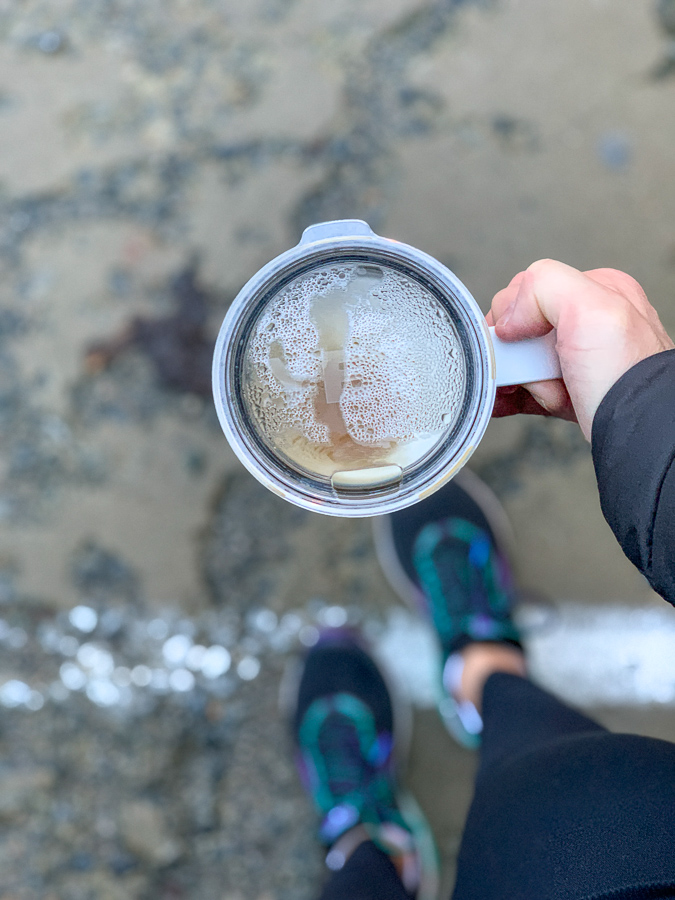 The class was awesome, as I knew it would be. I didn’t know how my postpartum body would do, but I honestly felt like I’d be doing it all along. I think my muscle memory for that one is strong! There were just a few times where we did a ton of jumps in a row that I switched to low impact for the second half of the set.

Post class fuel was a Daily Harvest smoothie and more coffee! I’m up to two mugs a day and loving it. Thanks to Thomas for keeping both boys happy while I was gone. The new Legos were a hit! 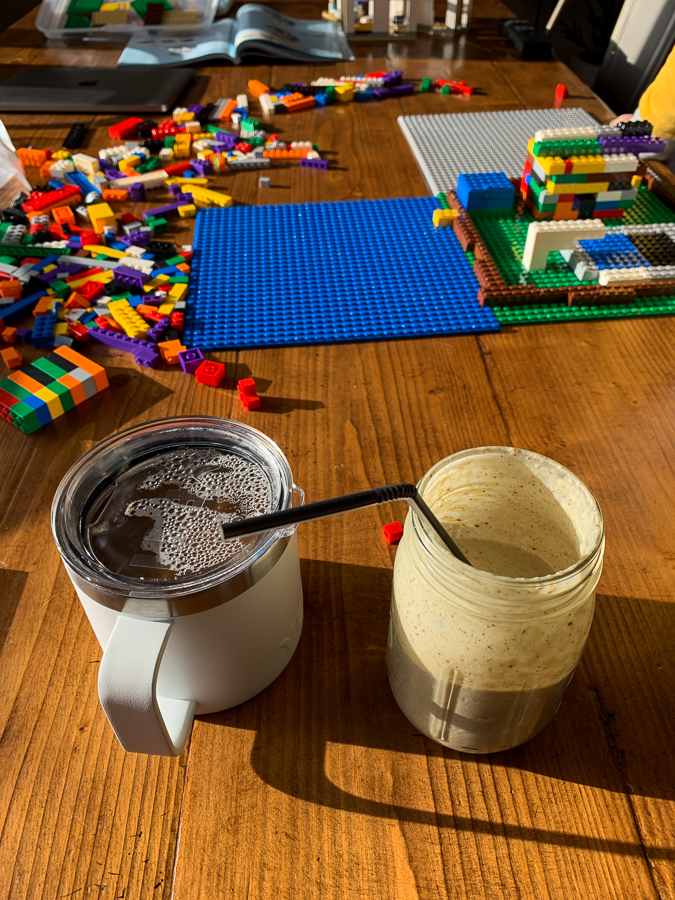 We played around for a while before Mazen went to hang with his dad for the rest of the day. B and I watched some Southern Charm and took a nice nap together while Thomas went to the UVA bball game with his brother. 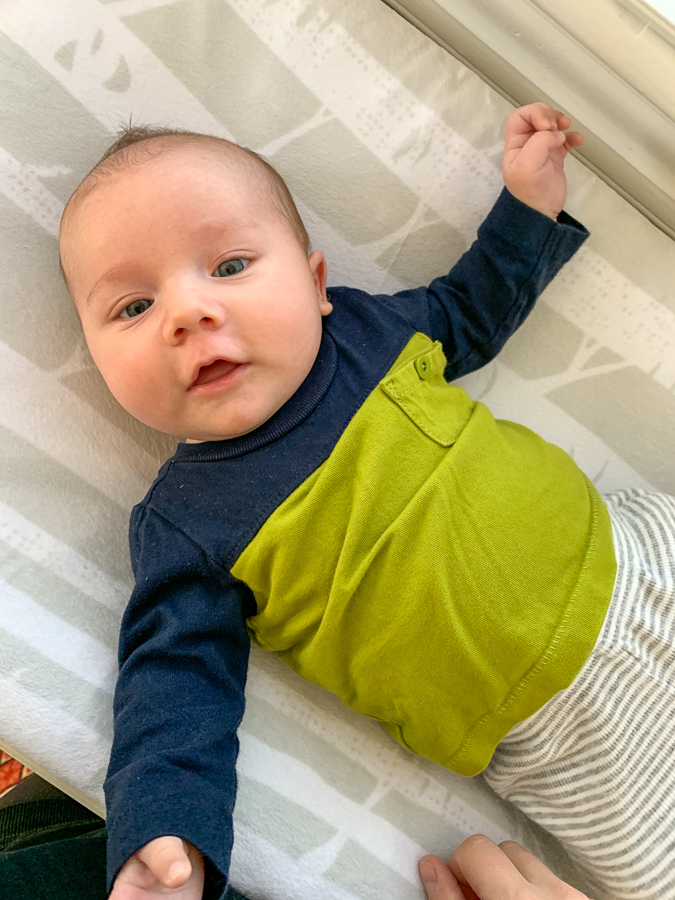 Lunch was leftover chili and a cornbread muffin. Plus a lactation cookie for dessert! 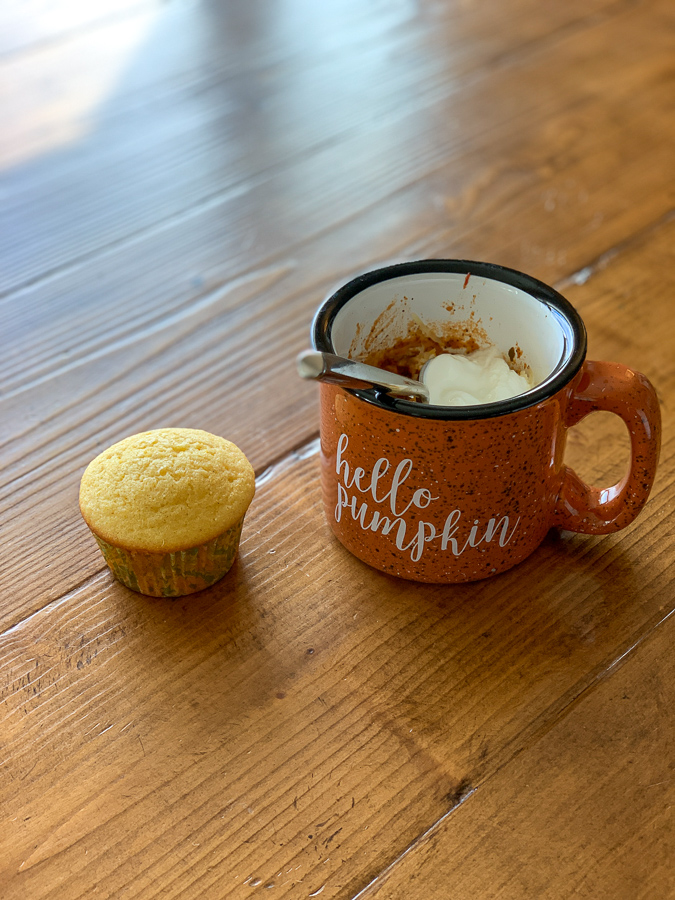 Thomas and I aren’t quite really to hire babysitters for date nights (but we do hope to leave B with his mom soon!) so we decided to brave downtown with Birch joining us. It went really well!

Here was our strategy: 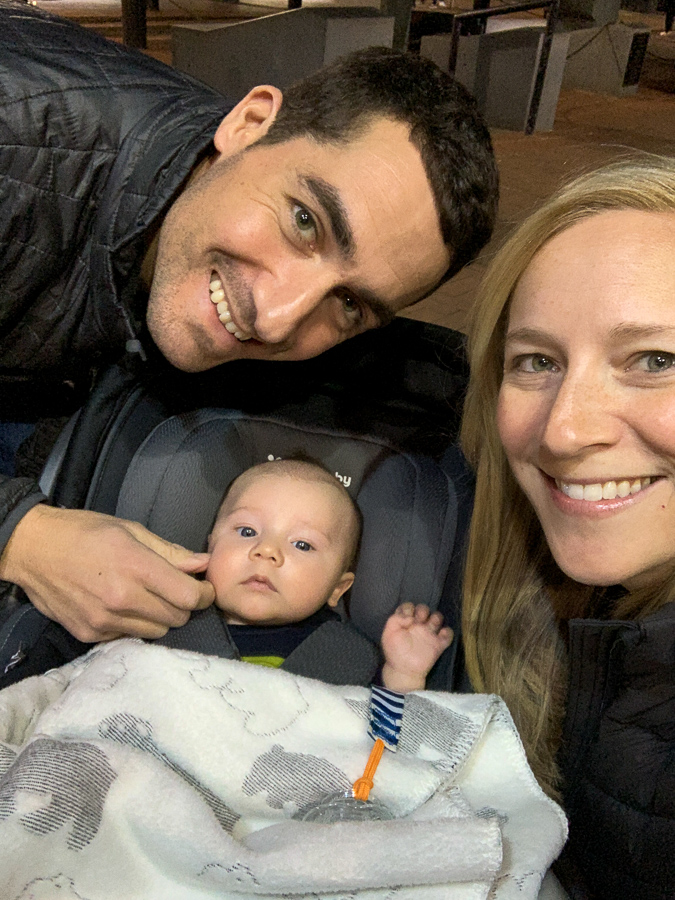 We shared the kale + farro salad to start. 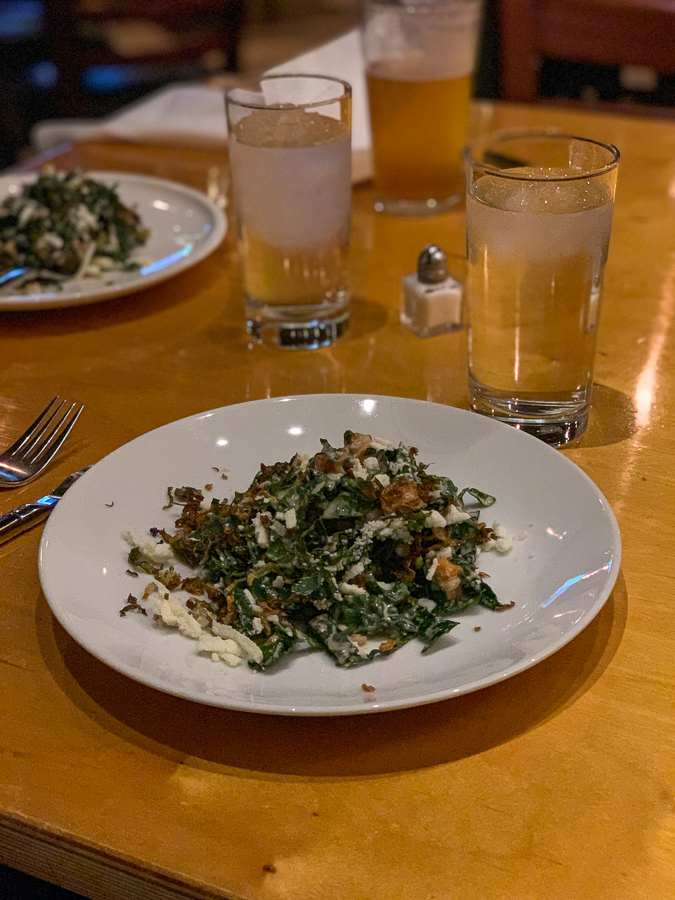 Our dining strategy at Zocalo is that one of us always gets The Pepper. Then we get a second entree (usually the salmon, but we’re having salmon this week so we switched it up) and we share them both 50/50, switching places twice throughout the meal. I can’t imagine going to Zocalo and not getting some bites of that delicious pepper!! Our second entree with a Mahi with cauliflower – it was very good. 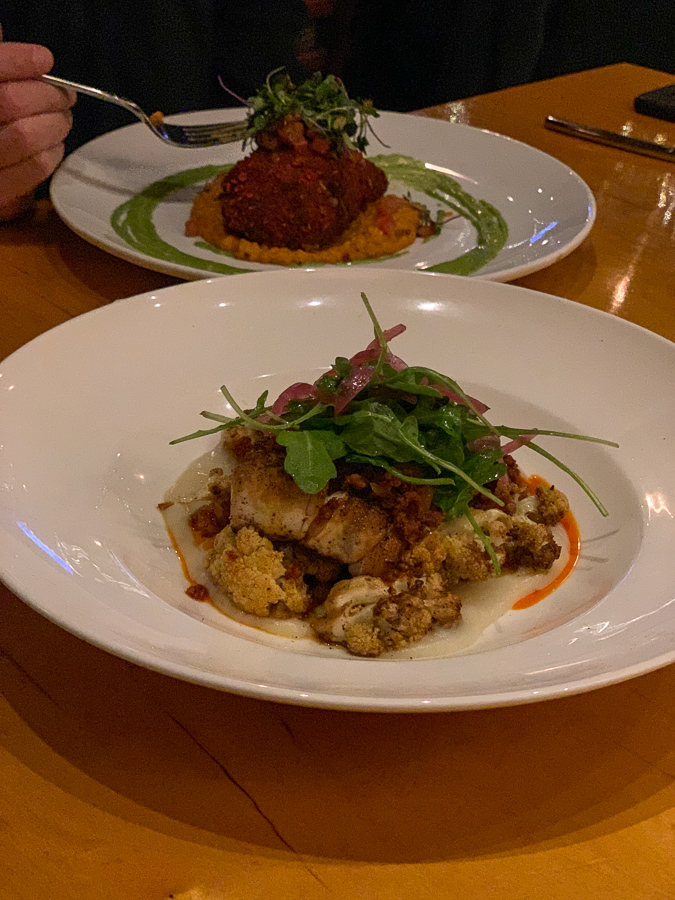 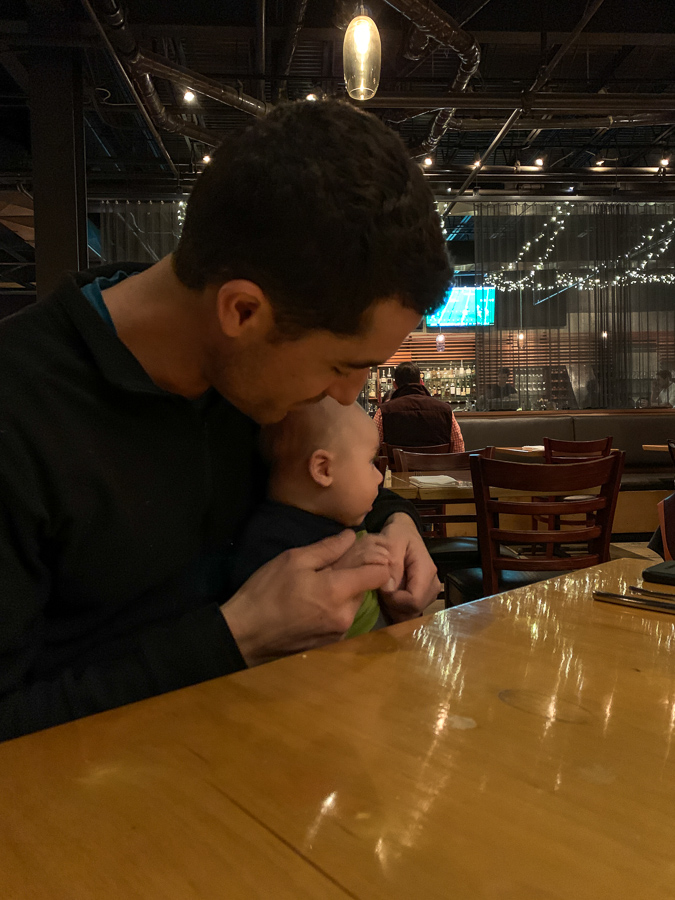 After dinner we went to Splendora’s for gelato. Coconut + salted caramel for me! I actually felt so guilty eating this with Birch watching me. I wanted to give him a bite! 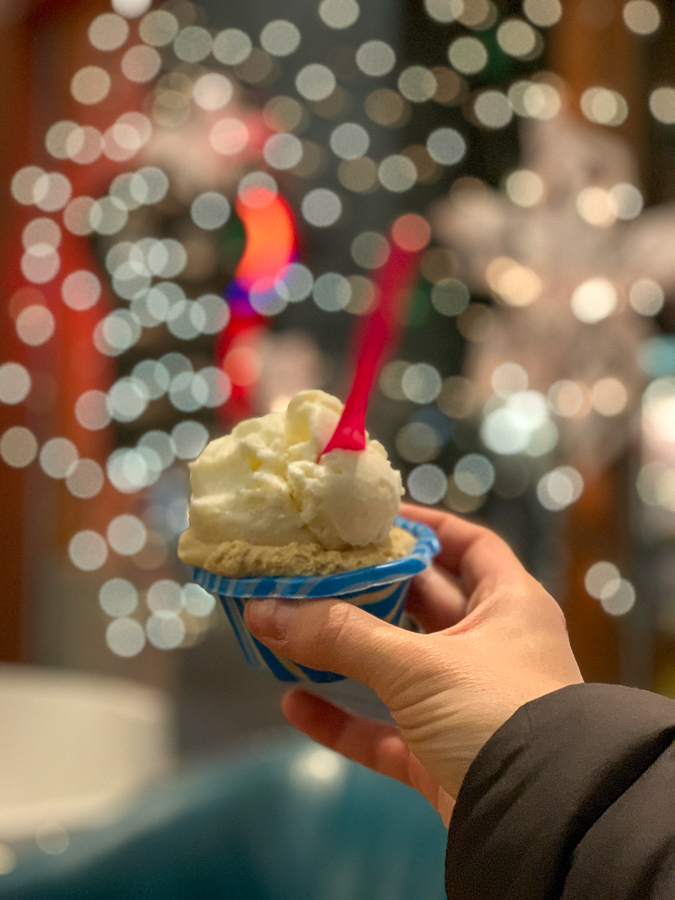 Hope you guys had a wonderful winter weekend!