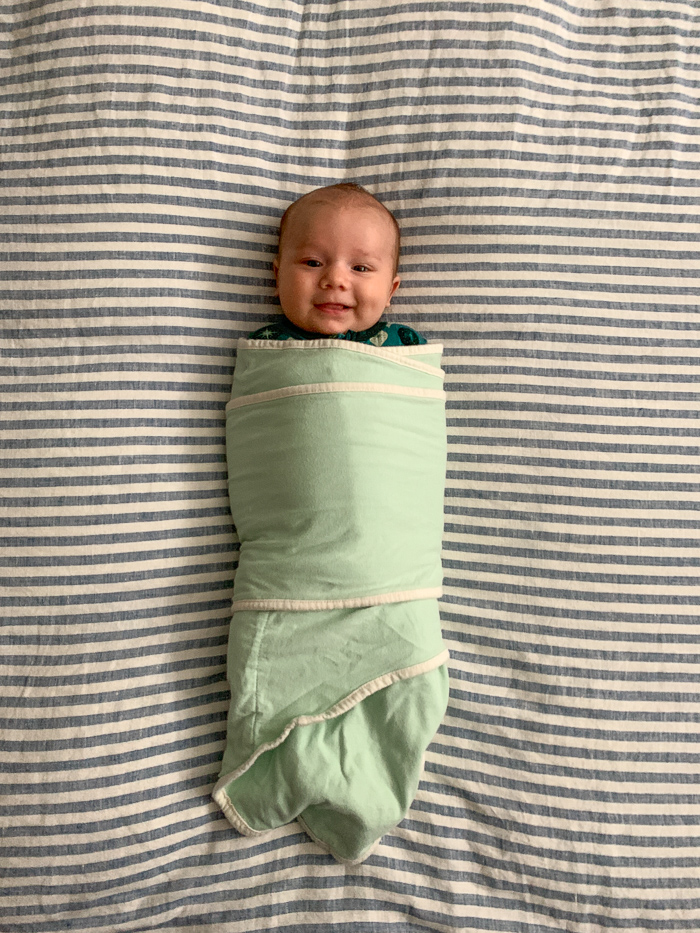 This little dude is just so sweet!! When he’s awake, he’s all smiles. 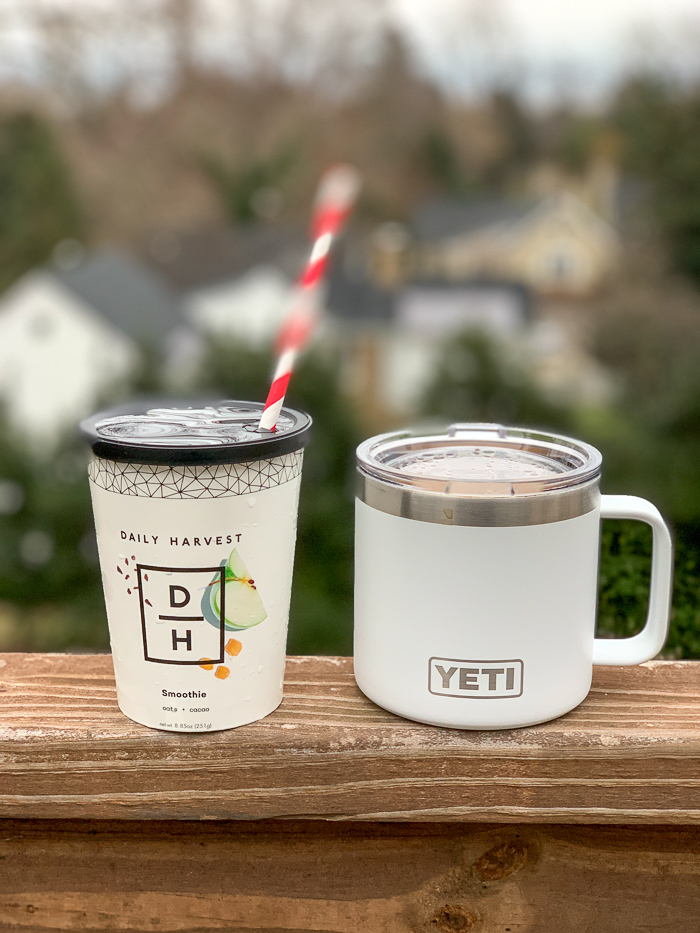 Daily Harvest smoothie + coffee x2 in the Yeti mug. I was careful about drinking too much coffee while while pregnant. I had half a cup during the first trimester and inched up to a full cup later on. It’s fun now that I can have unlimited amounts of coffee!! I still don’t go past two mugs in the morning (I can’t do caffeine in the afternoon) but 2 > 1

The folks from Panera sent me a gift card as a Christmas gift, and I ordered a Fuji Apple Salad (my favorite salad they make) and broccoli and cheese soup on a rainy day. Did you know Panera delivers now!? We also have one with a drive-thru, which is what I did. I ordered on the app and did the drive-thru with kids in the car. Game changer! 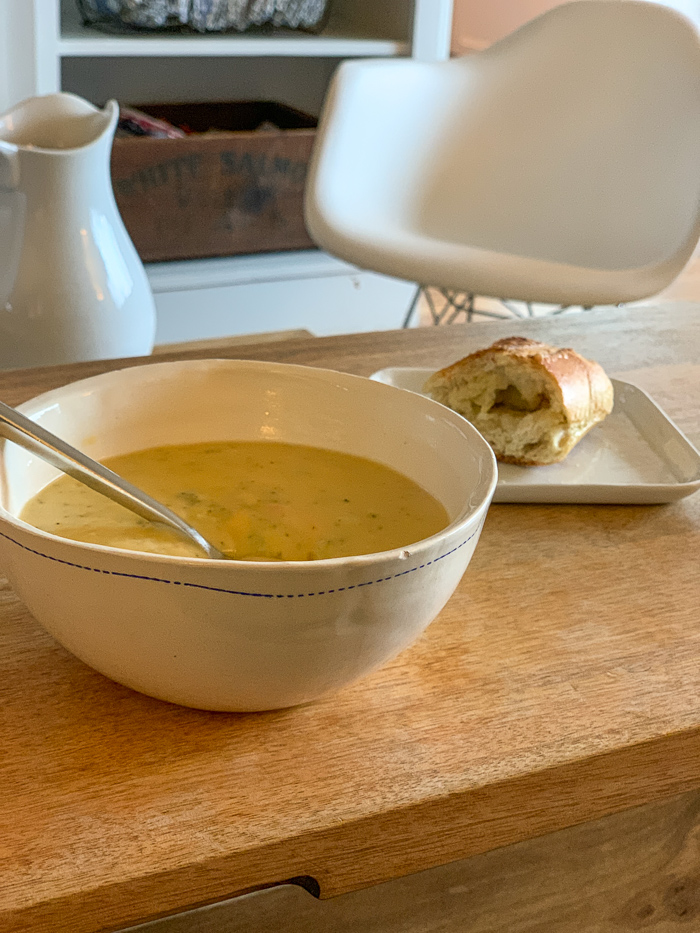 Thomas makes really delicious tuna salad and made a double batch for lunch. (I have been pressing him to add some veggies to his recipe for a little extra color, crunch, and nutrition and he has started to add chopped bell pepper!) When I was in high school I used to eat tuna salad with saltines all the time. Since we’ve had a box in the house, I dove in. It’s such a great combo. 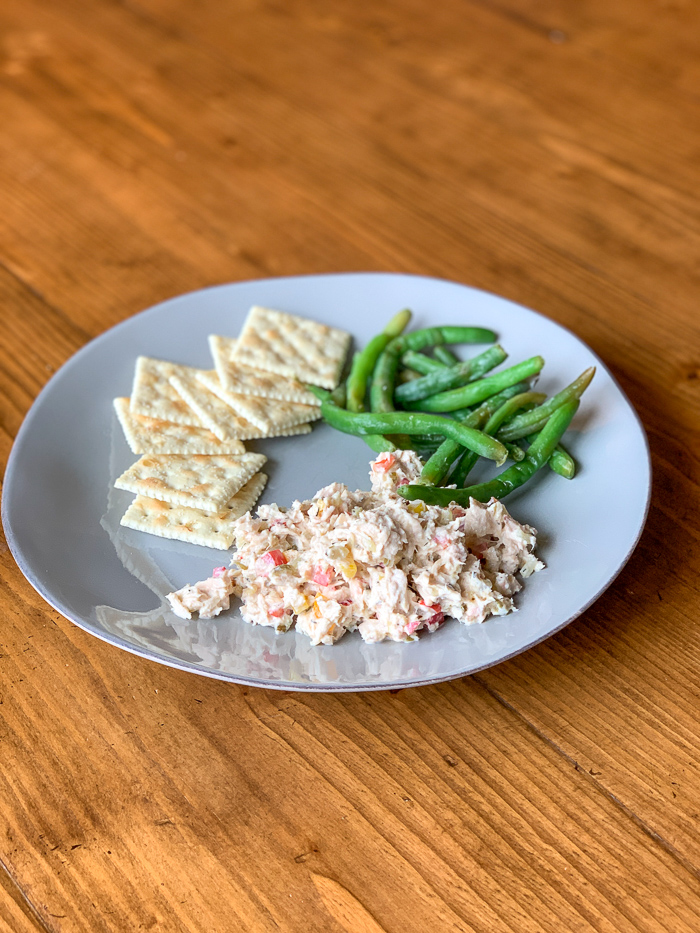 Little B has started napping in his bassinet! Shortly after I wrote about how he takes almost all of his naps in the Solly, we started to test the waters with stationary naps. I wait until the 1:45 awake time mark and then take him up to the master, turn the white noise on really loud, and swaddle him. He often fusses or cries out (very mildly) for a few minutes and I pat his chest or lean in and give him a kiss, sometimes picking him back up for some swaying. But overall, he goes to sleep in 5-10 minutes and we’ve gone from 25 minute “non wearing” naps to 1:45 minute naps (on a good day). It’s been a huge relief to have some baby-free time to get things done around the house. 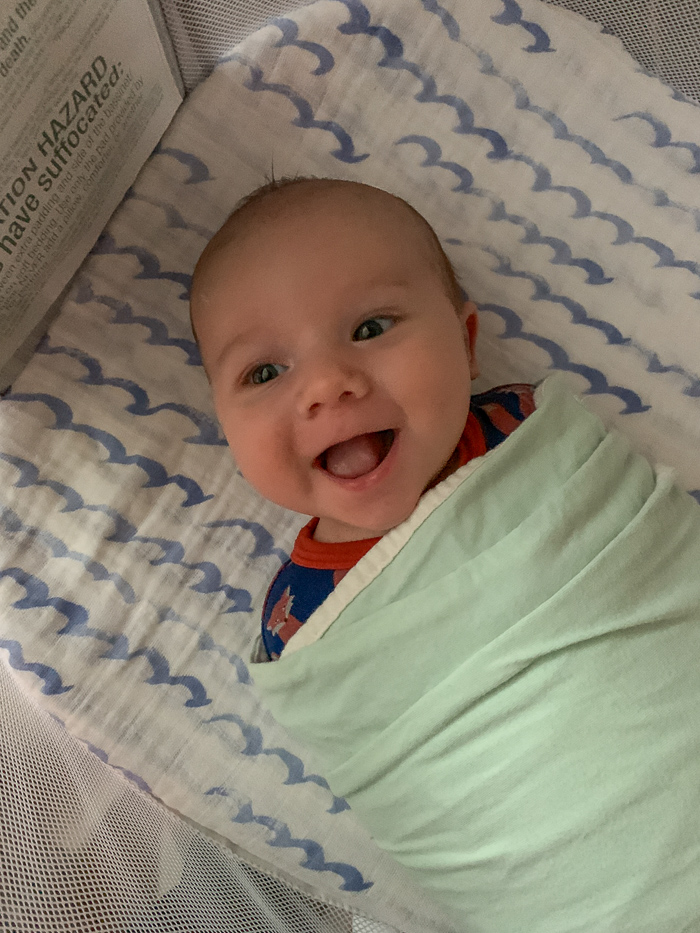 Also note the swaddle switch. Silly Birch figured out how to get his hands out of the Ollie and was waking up often hungrily sucking them (he LOVES his hands, hungry or not!) I have two Miracle Blankets from Mazen’s infancy, and they were the only swaddles that worked for him. Birch is doing great in the Miracle Blanket. I did see a video on how to use a receiving blanket to get the same arm layer effect with the Ollie swaddle. If I didn’t already own two Miracle Blankets I’d try that combo, but since we have these we’re using them. 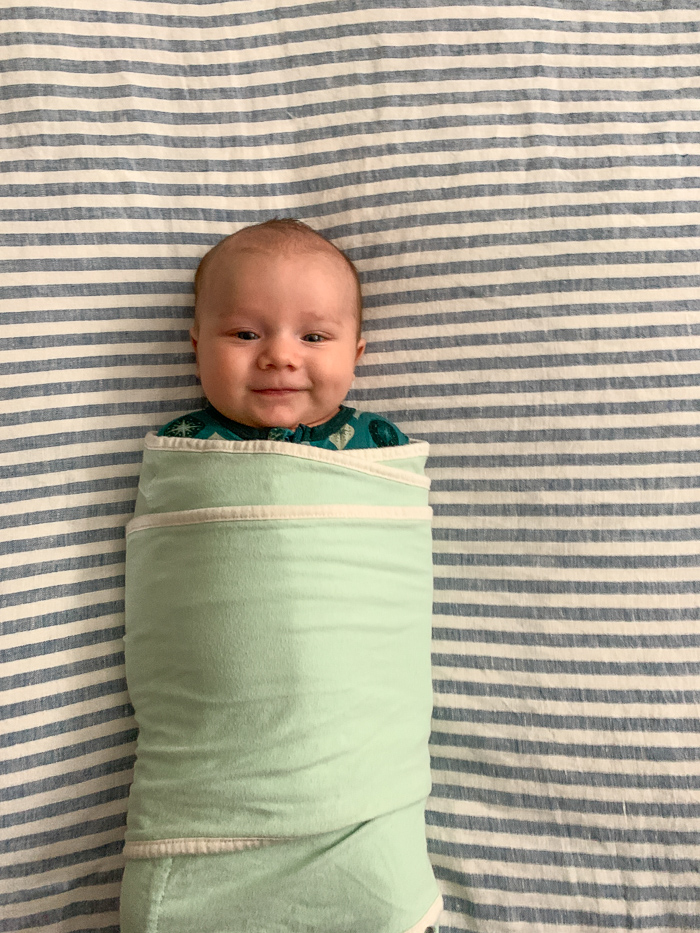 When Grandma Nona comes over, I think it’s a “treat” to be able to vacuum out the car

Also another reason why I love my badass Dyson Absolute! No way I’d be hauling a full-size corded vacuum outside. 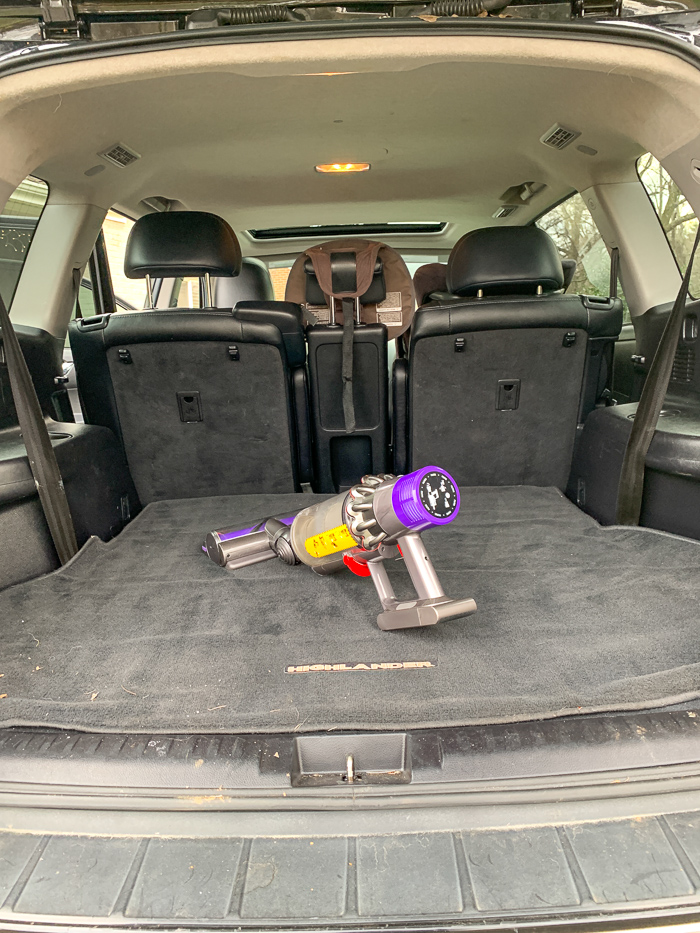 I also went for my longest outdoor run yet – just shy of four miles – while Nona visited with Birch. Mazen biked with me through the neighborhood while I ran. The difference between before lunch runs and after lunch runs a NIGHT and DAY. And it’s not like I’m eating huge amounts of heavy vegetables or rich comfort foods at lunch. But I think just having that second meal in my stomach makes me feel that much heavier. My favorite time to run is after breakfast has digested – 10-11 am-ish. All that to say – it was not my best run.

We’ve made quite a few things in the Instant Pot this week! The first was Skinnytaste’s Chicken Tikka Masala. The second dinner we made was a very loose interpretation of Nom Nom Paleo’s Beef Chili. Ours had legumes and less beef and a slightly different ingredient list, but I followed the same method that she did. Turned out great! This mac and cheese is next on my list. (This is the Instant Pot I got for Christmas.) I have another IP post coming up soon! 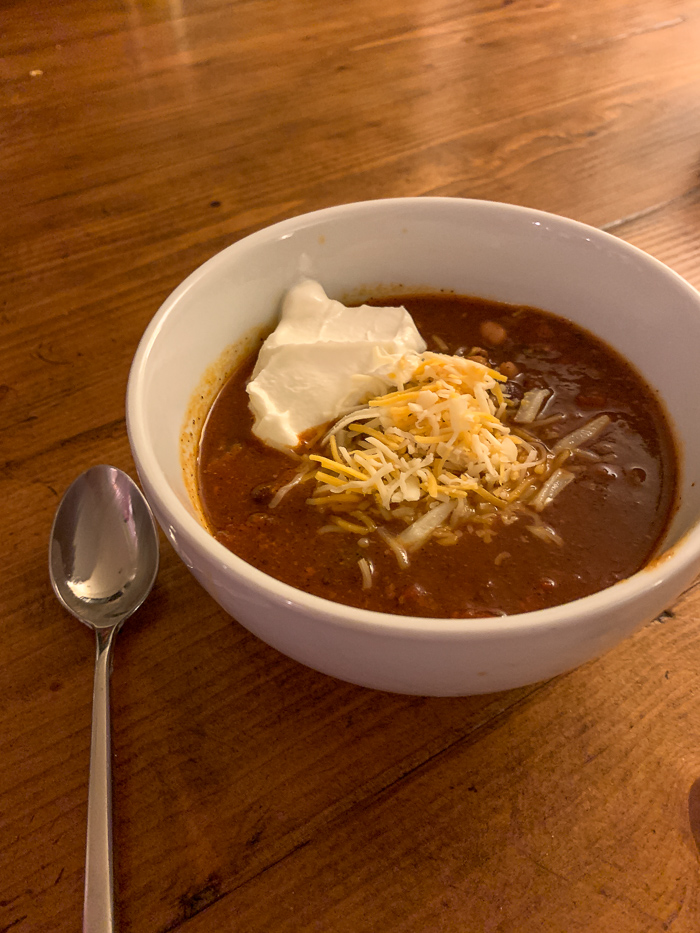