I’ve been snacky all afternoon! Studying procrastination? The mild tension headache in my shoulders? PMS? No yogurt at lunch? Weight loss this last week? Not enough water?  Psychological effect from not nibbling while baking? All of the above!? 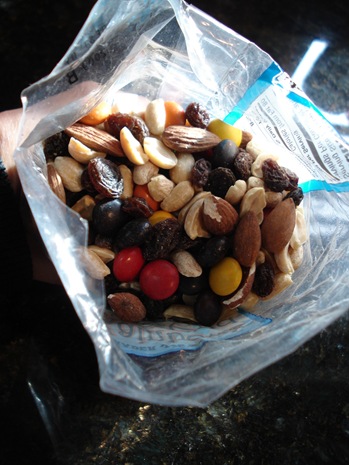 The cookies were a hit – or at least they were all gone after our party! 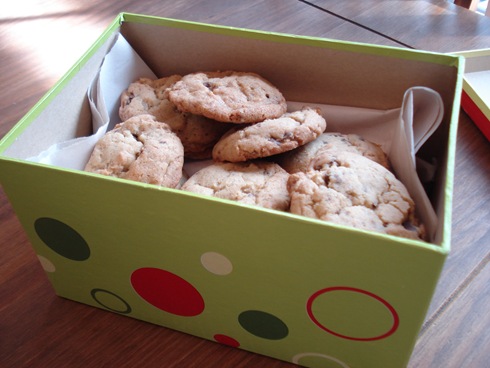 this !
I have to admit, they were a little too hard. Maybe I should have taken them out after 10 minutes after all? But the flavor was spot on. 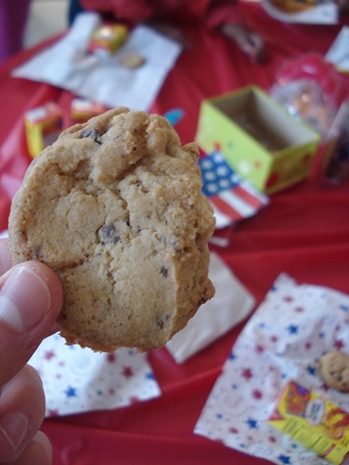 I also had 2 more handfuls of trail mix at the party (a different kind). That should have been enough snack for my usual stomach, but I came home and had spoonfuls of what I was craving straight from the containers – yogurt, cranberry, leftover fruit tart. I should’ve made a nice little bowl but since I only had one bite of each, it felt kinda funny to make a bowl. Oh well – I am having an off day. I’ve also had a headache in my shoulders/neck all afternoon. 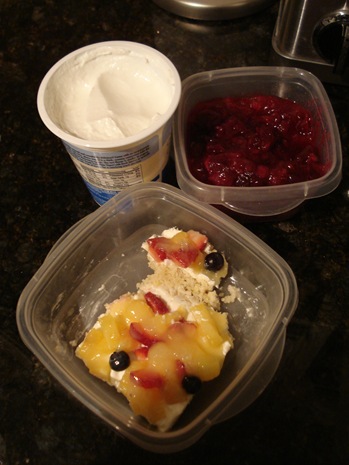 I studied for another hour (this Micro is so exhausting! I actually wish I were studying Organic already). And then the husband made me dinner! (I picked the recipes and he cooked). He brought home some eggs from EF that were past their prime, so we had them for dinner in the form of Sweet Potato + Spinach Quiche Muffins (and you’ll be seeing eggs more this week). I used this recipe as inspiration: Mini Sweet Potato & Spinach Quiche. 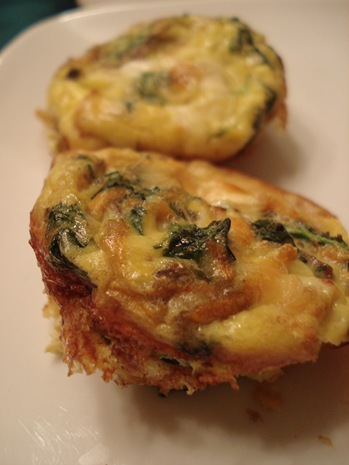 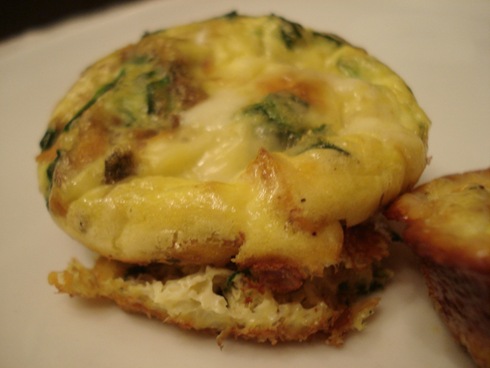 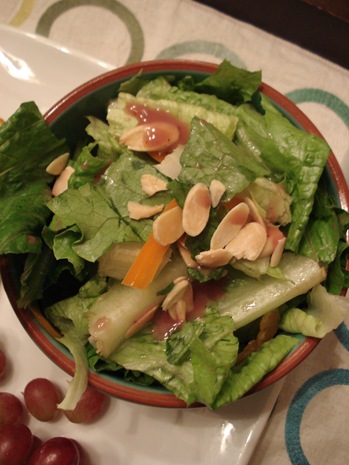 And we had some grapes (rotting…) 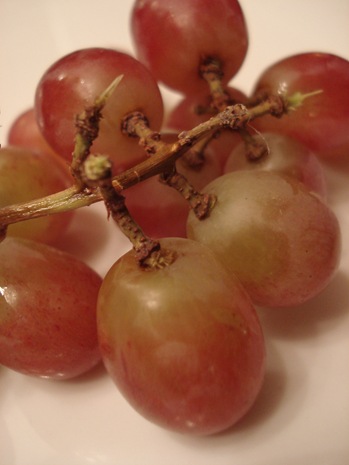 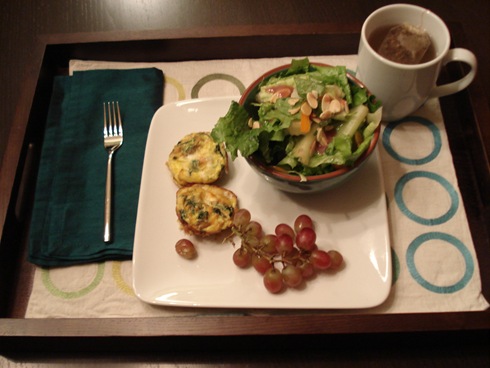 He’s in bed (3am alarm set) and I’ve got more studying to do 😥 I am so ready for this Micro test to be over. Then I can move through the two nutrition ones and work on Organic for the rest of my time.