My exam went well. Well, well enough! I don’t think I got an A in the class, but a B is just fine for a course that really has little to do with my future career.

I got home at 12:30 all ready to have lunch with the husband but he was no where to be found. Sometimes he runs late from Great Harvest, but at 1:45 he was still missing (and he turns off his phone while he’s there). I wanted to wait for him so we could eat together (and because the roach – the ALIVE roach – was still in the kitchen staring at me!!) but at 2pm I decided I would eat anyways (that was a stellar breakfast to hold me 5.5 hours!)

As promised, I had an egg sandwich. I skillet-cooked an egg and topped it on a slice of GH bread with a Laughing Cow (which goes SOOOO well with eggs) and dill. 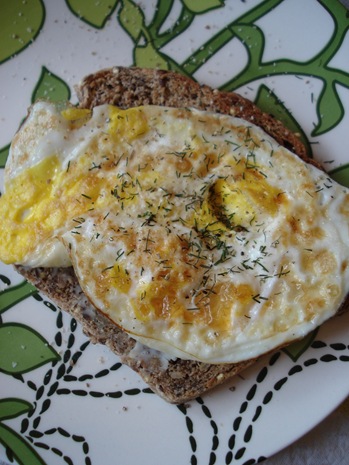 I made a spinach salad with some orange bell pepper and almonds and balsamic on the side. 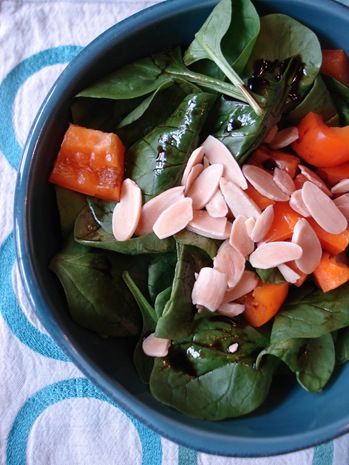 And satisfied my yogurt craving with a bowl of TJ’s greek + cranberry sauce. 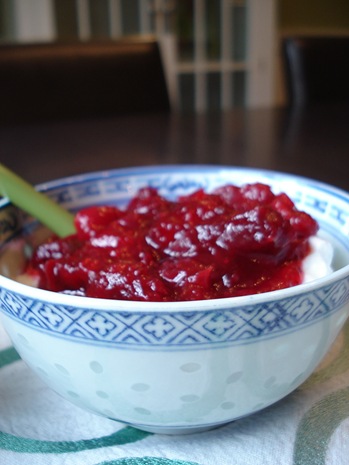 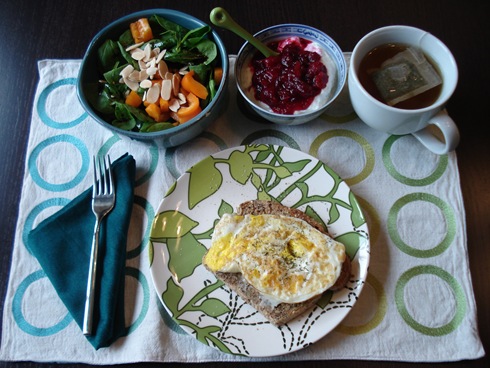 Then you-know-who called. He thought I was going to be really late from my exam and that “late lunch” meant 2:30 and not 12:30 so he worked a little longer making bread. I was just finishing when he got home so I sat with him while he ate two eggs on Country French, an apple and most of this EGG NOG SCUFFIN!!! 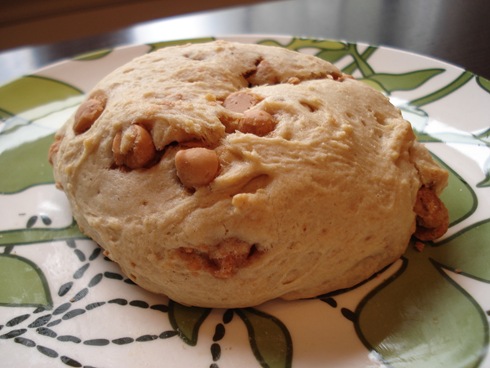 I told him 2 weeks ago not to bring home any more GH sweets (or if he wanted them to not tell me and put them up high where I wouldn’t find ’em) because I was eating them too often. But when I hear they make egg nog scuffins with butterscotch chips, I knew that was the dessert for me!!

I cut a nice wedge out of it to try (since I really wasn’t entirely in the mood for this when it arrived). But once I tasted it I had a second wedge 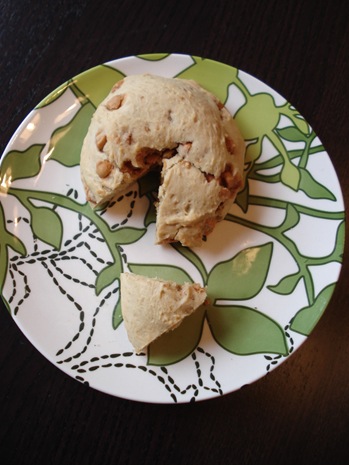 In need of a new blender? Enter Jenn’s contest over at Eating Bender! It’s open until next Monday:

I am off to knock out 3 solid hours of studying, then I’m out to dinner!