You are here: Home / Charlottesville / Eat, Drink + Be Weary

Taking a cue from Larbs’ Fashion Fridays, I dressed up in my skinny jeans and boots tonight (the Ugg pair from my birthday!) 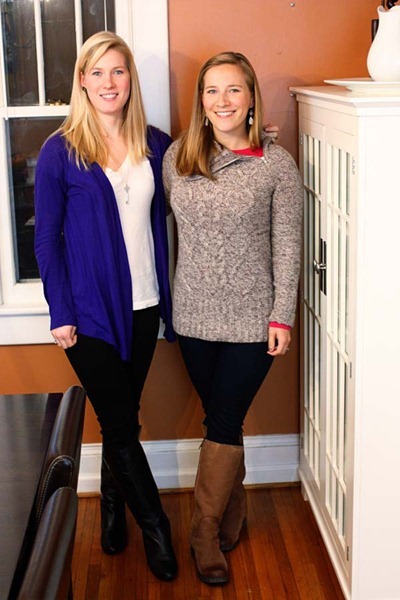 And then we got ta’ tastin’ 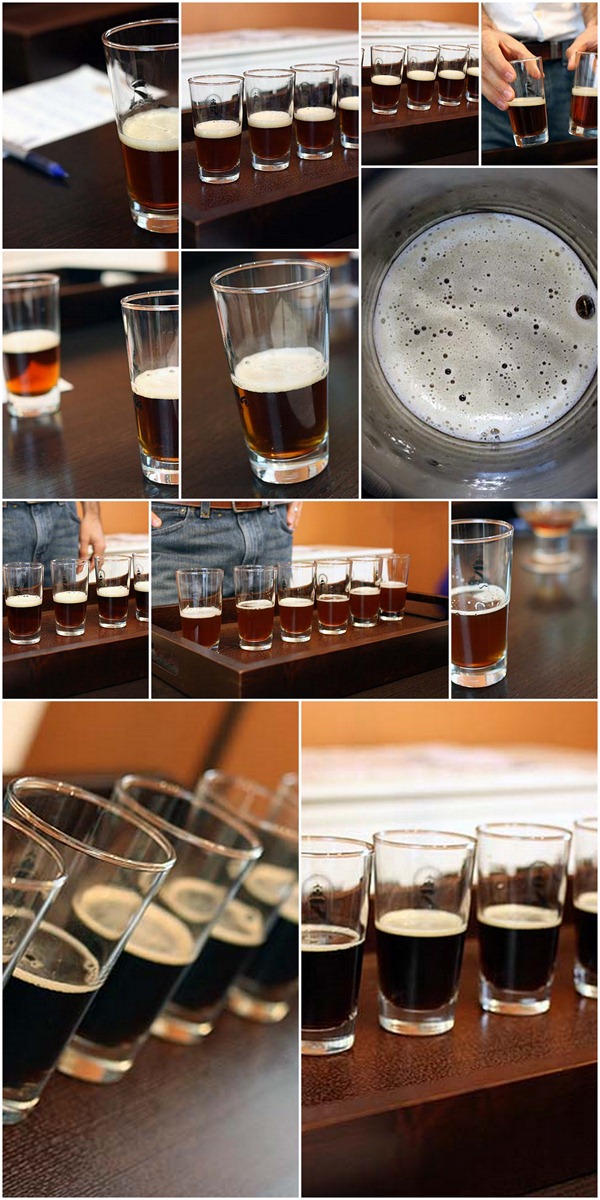 Matt led us through a Pumpkin Beer Tasting of 5 we have been saving for Larbs and Matt’s visit. 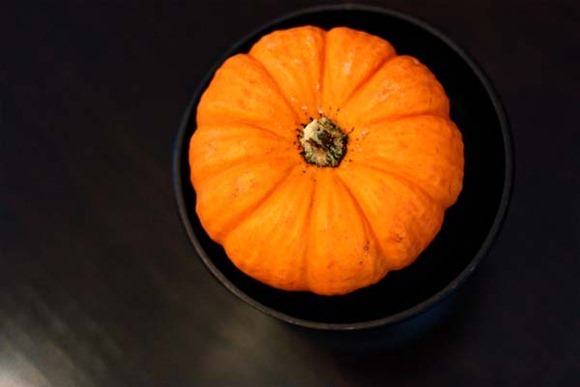 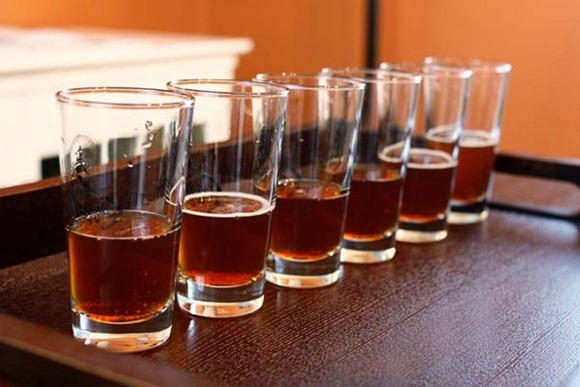 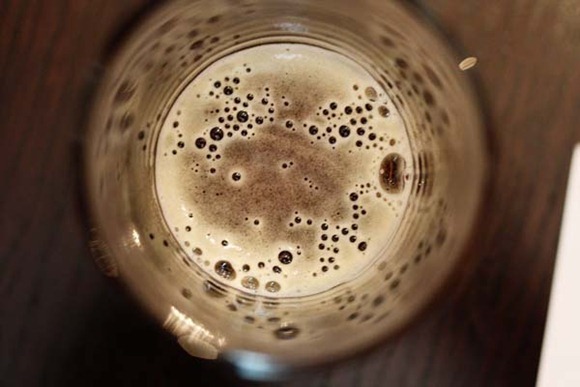 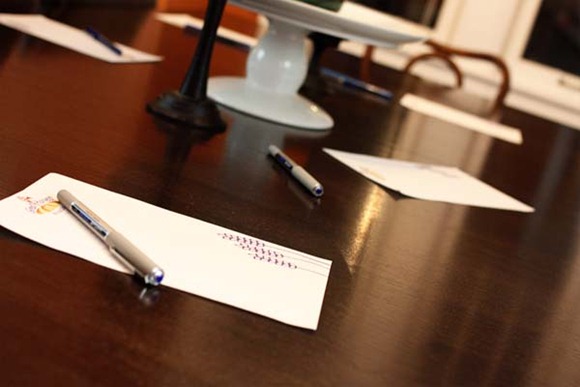 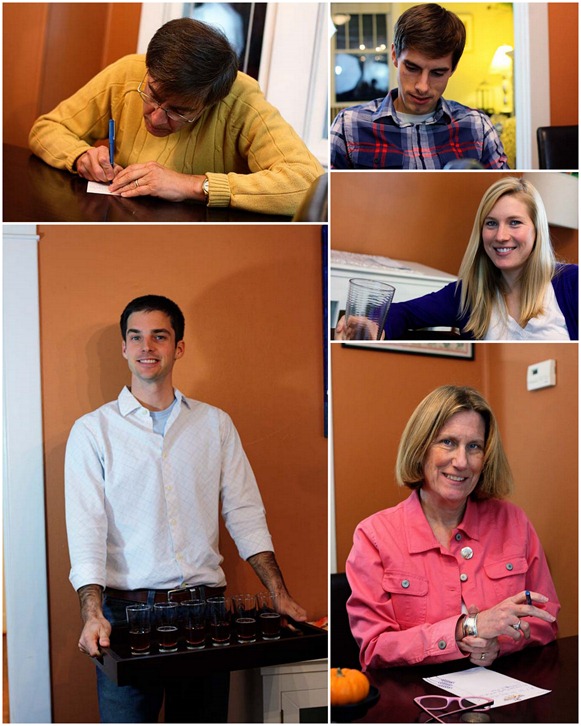 We had 6 people and 5 beers, so we eat tasted about 2 ounces of each. It was SO FUN! And they were so different.

It was nearly a tie between the Schlafly and Matt’s – but since they are supposed to be clones, that’s a great thing! Go Matt! 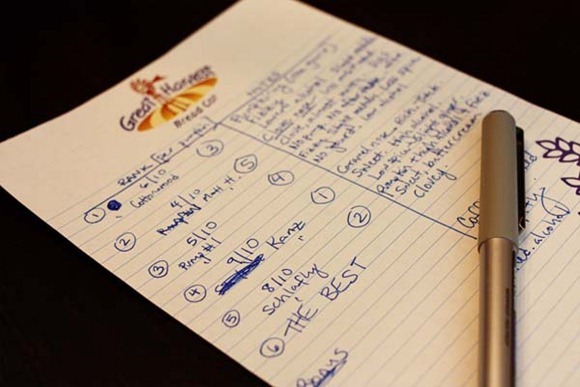 After our tasting, we headed to The Local for dinner! 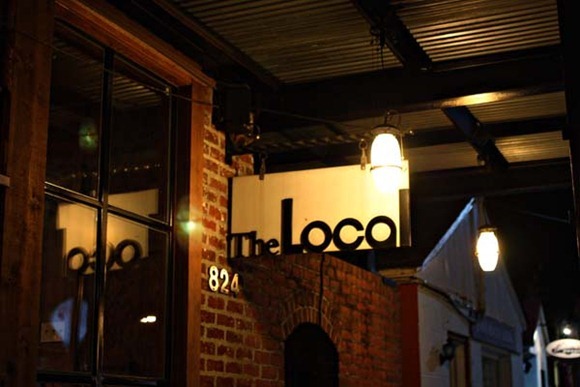 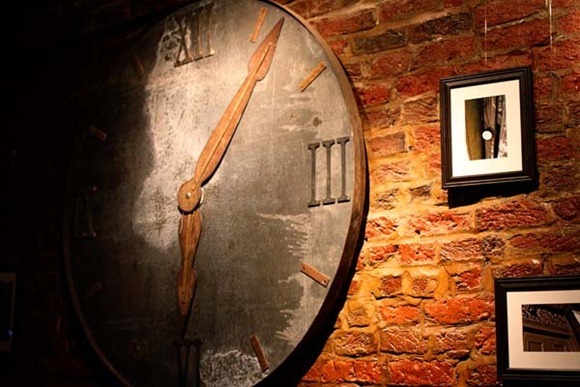 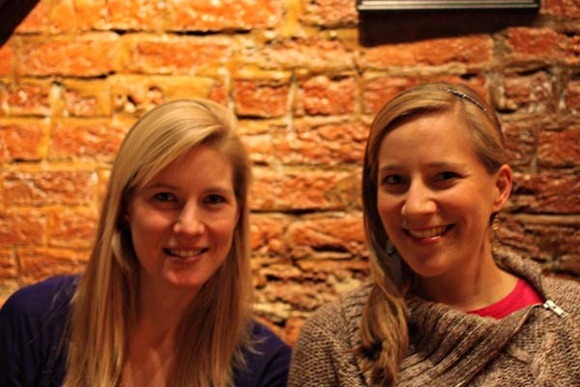 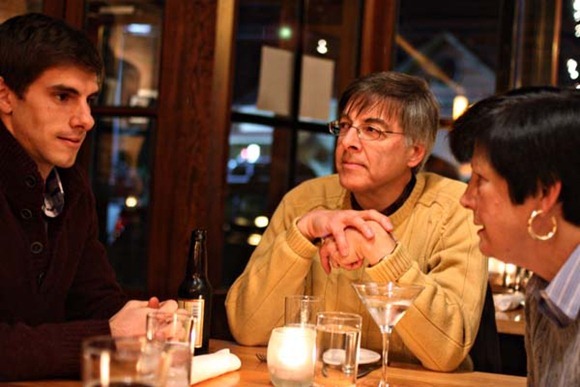 A few of us got beers – I sipped off of Larbs’ Bluegrass Bourbon Barrel Stout – a favorite! I wanted a glass of red wine very badly for swirling and tasting, but I also knew after those pumpkins my palate was kind of shot from alcohol, and I’m glad I decided against it overall. 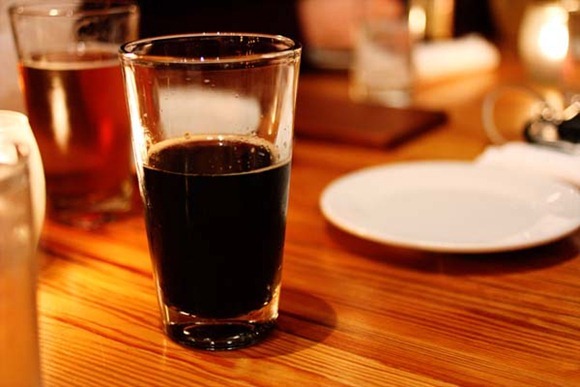 Salad to start – with apples, cherries, and local goat cheese! 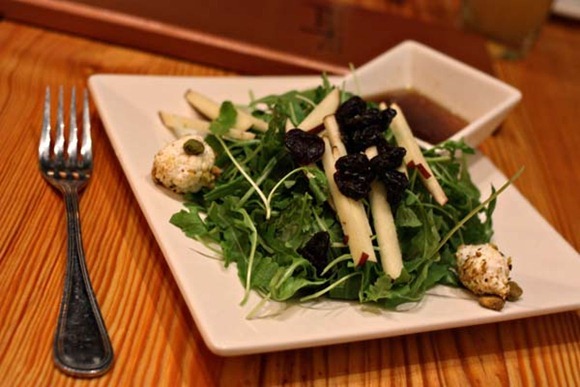 We also noshed on the bread basket.

For dinner, Larbs and I shared the Rockfish with Crab, Ham and Sweet Potatoes in an Old Bay Hollandaise

Only….there was no hollandaise! We realized something was just off halfway through the meal and asked for something on the side. We were brought a chilled tomato sauce. So sadly, this entrée was not very memorable. We didn’t realize until looking at the menu at the end of the meal our hollandaise was missing! 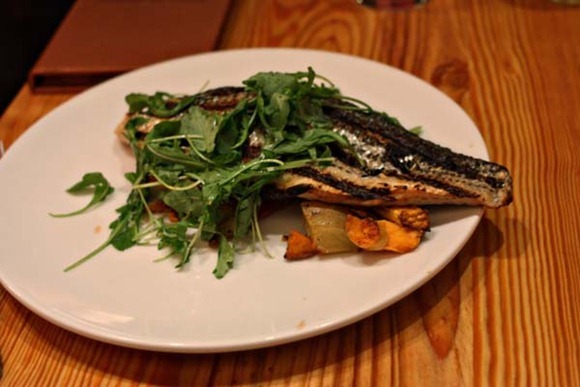 I did have tastes of Matt’s Pot Pie and Mom’s Truffle Pasta, so all was well.

We debated going to Sweet Frog for dessert, but I listed off all the sweets I knew I had on hand and we decided to coze it up inside instead.

I put together quite the platter! 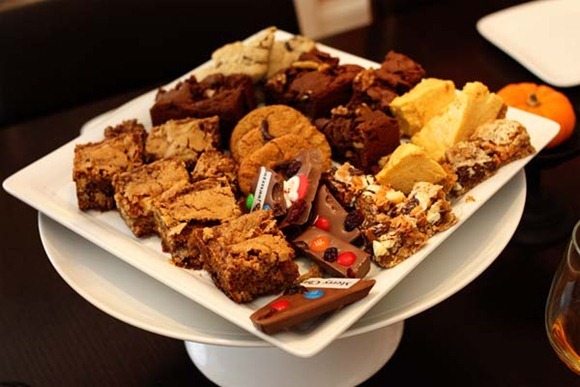 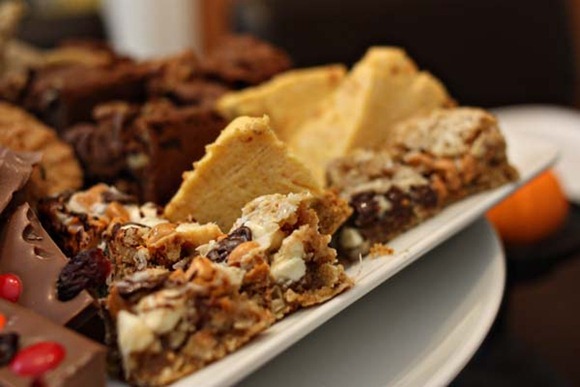 Chocomize sent me a few of their Christmas variations as a new OpenSky product. 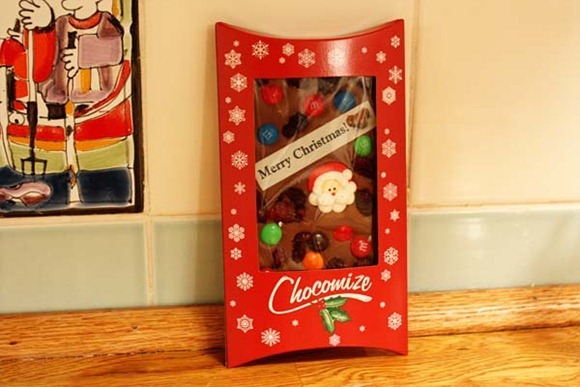 I am working on getting a custom KERF bar with all the good stuff: lots of toffee and crunch in dark chocolate! 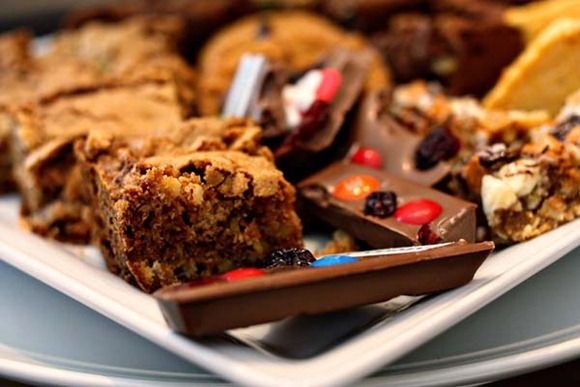 We also served a Canadian Ice Wine we’ve had for several years given by our friend Canada (a.k.a. Chris)! 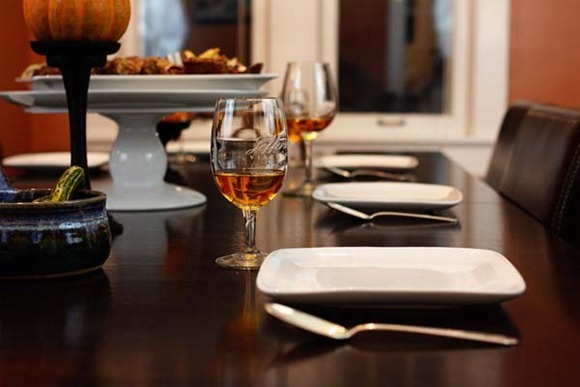 ‘Twas rich and delicious – perfect with our treats 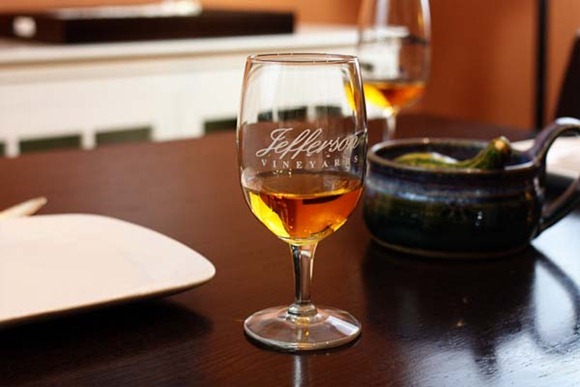 I went a little wild with the desserts – add many more bites to this plate!! 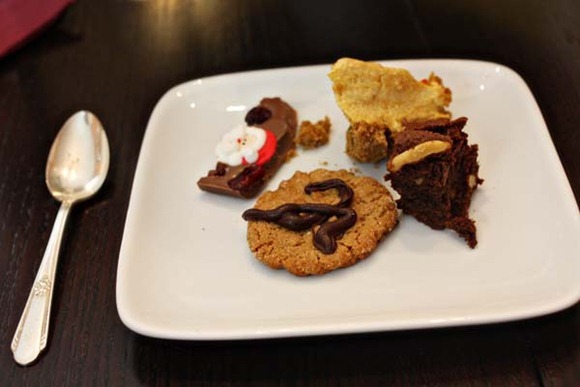 I don’t feel like I’m really getting sick, but I feel like I’m getting sick! From all the sugar, alcohol and just generally food I’ve had in 24 hours. Eating too much really does affect how I feel so much. I’m never concerned with a little extra in my mouth, but when I start to feel bad, that’s when it’s time to start paying attention again.

Still a wonderful holiday – and I’m missing the beginning of a House Hunters with my mom and sis, so I better put blog work to rest for the night! Can’t miss a good HH episode ; )