Quick afternoon snack before date night began: a big apple and some pistachios. Did the trick! 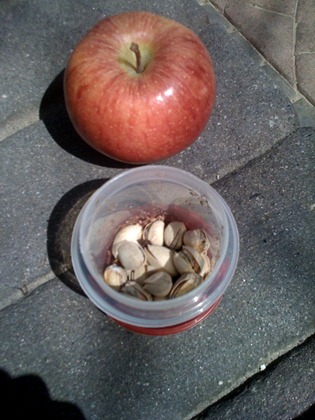 Date number one was a walk with this guy after work!! 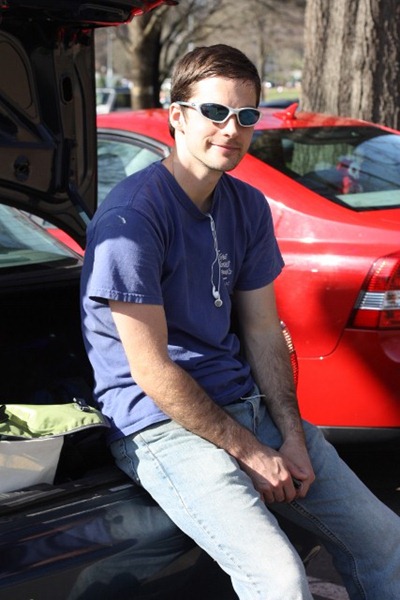 My feet were killing me and I tempted him with a bike ride in 75* weather to meet me with different shoes to wear to dinner – and some time to spend together since I was going out! 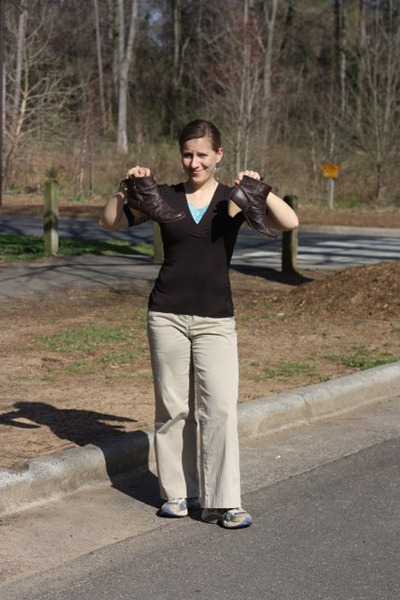 We were both pretty pooped – me from 6 miles that AM and him from a long, early day at work, but we somehow walked about 30 minutes. I think we would have just laid in the grass if we’d had a blanket! It was fun to catch up 🙂 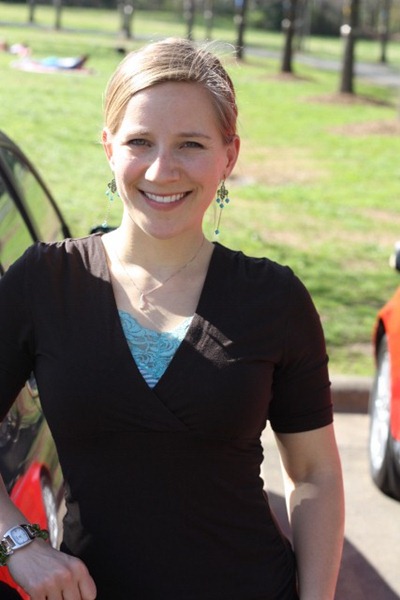 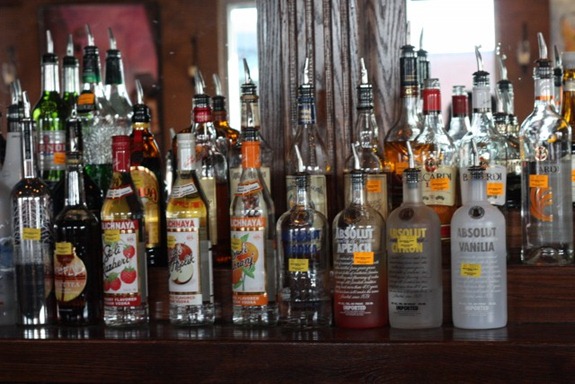 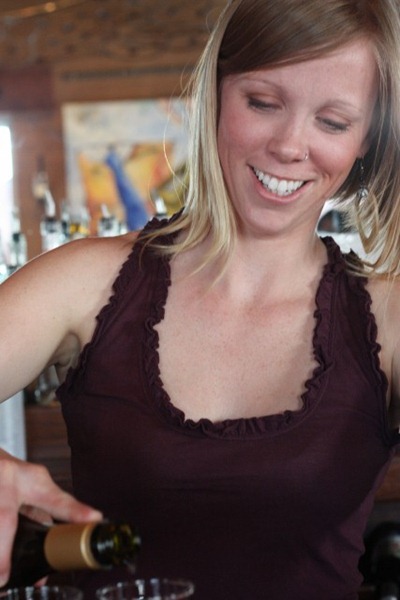 I met Lauren (new friend!), Kate, Michelle, Diana and of course Kelsey at Cafe Central where K works for dinner. But first, a drink!

Kelsey let me taste the two chardonnays to choose my fav 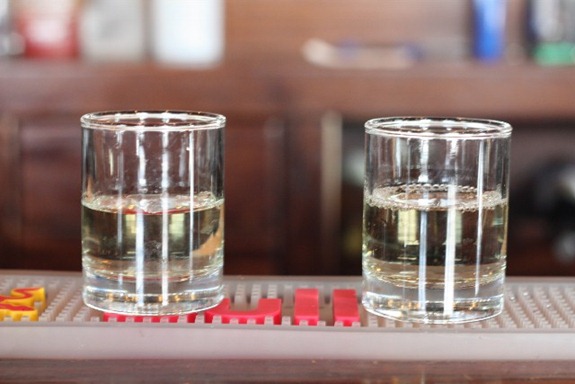 I chose the Pure Chard as my favorite – it was butterier! 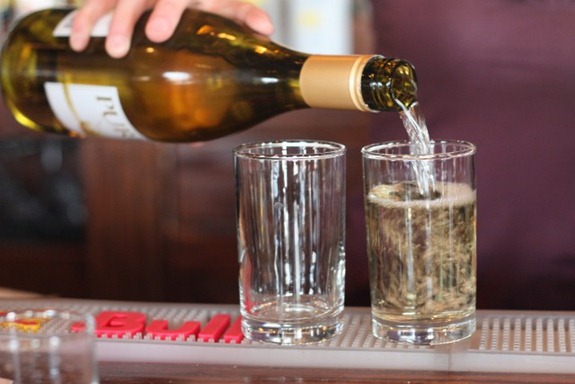 Diana and I each had a glass 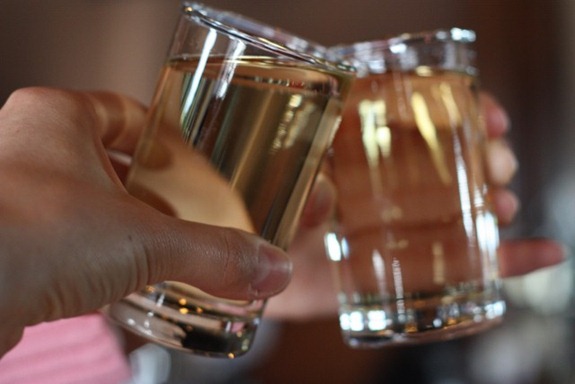 ’round 6 we sat down at a table for dinner 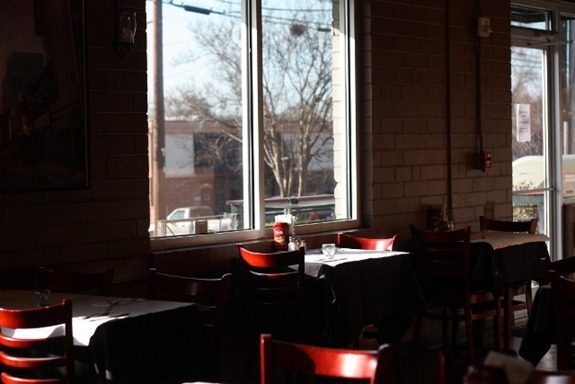 I decided to try out the Sweet Potato Hash rolls – with black beans and SP inside. They were fried, yes, but filled with delightful favorites. I ate two whole and the insides out of the other two. And some of that poblano sauce, which was stellar. 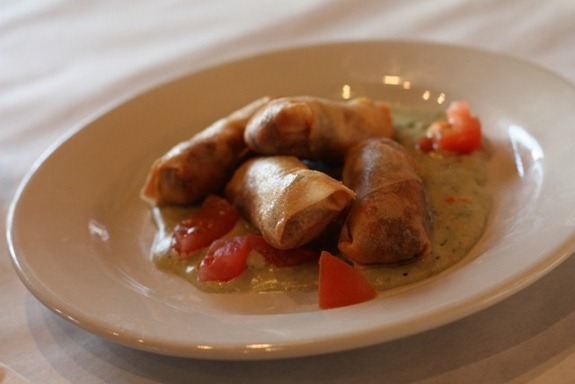 For my entree, I got a simple Pear + Walnut + Blue Cheese salad. It was tasty – esp. the candied, toasted walnuts!! I miss toasted walnuts on my oatmeal!! 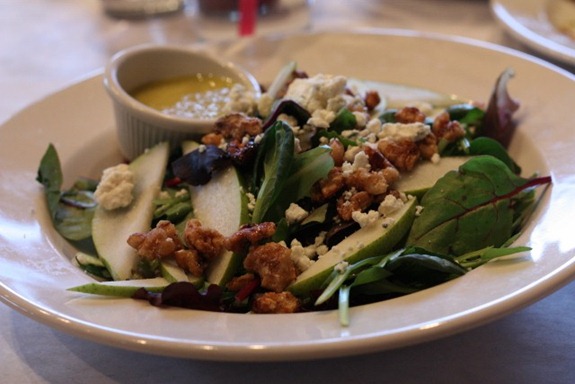 Sadly I don’t have a group photo because I had on my short lens and was lazy, but I promise the girls were beautiful!

I came home to a spider and an internet outage. I’m not sure which is worse. Happy to be heading to bed 1 minute before 9PM – my that was a quick post!

[GRRRRRRRRRRRR internet was just out again!!!! This is getting really annoying…. like really, really inconvenient…]