I do not recommend preparing a whole fish at home unless you have the proper outdoor fish cleaning work space – what an adventure this was. But with a happy ending! 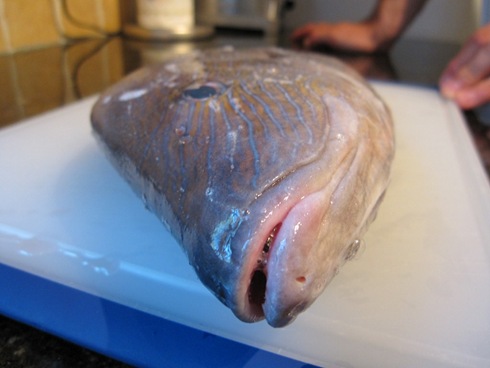 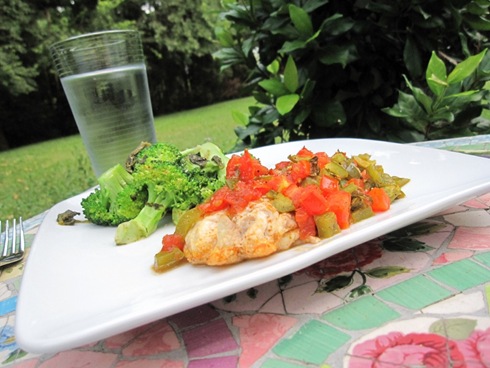 I had an afternoon snack of cottage cheese, AgavePlus granola, blackberry jam and flax around 5:00. Yum! 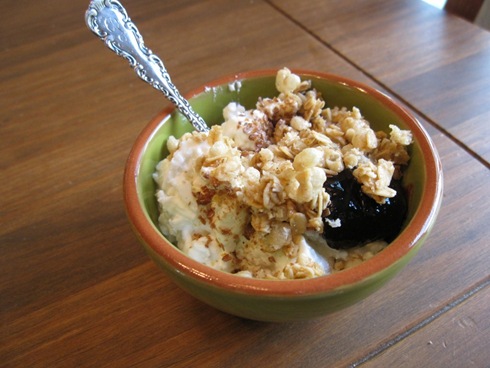 By 6:30 we were ready to start thinking about dinner, but Matt has been up since 3AM and was grumpy and tired and decided to take a nap in the arm chair. I read blogs while I patiently waited because I couldn’t get started on dinner without him! He finally awoke around 7:15 and we spent a few minutes researching how to prep a whole fish.

This would have been a LOT easier if this fish had been SCALED but nope – it was fresh out of water. The guy at the stand told me this was flounder, but upon seeing him, this was NOT a flounder. It was kind of hearty like cod but I think it was some other random not-so-well-known kind. 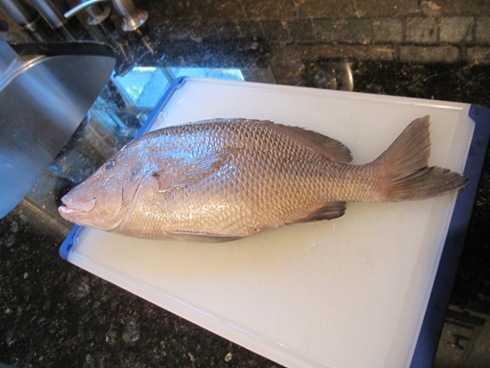 The scaling process was quite dirty and annoying 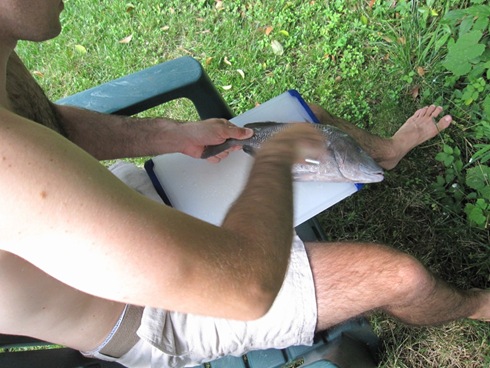 But he finally got them off 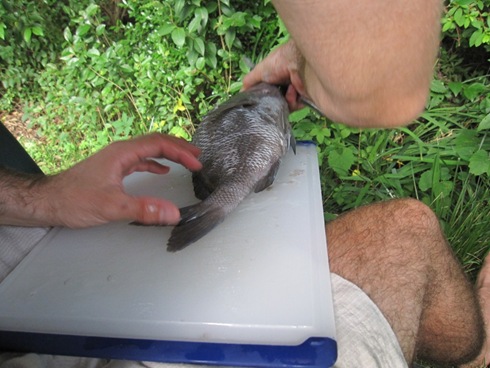 Then came the disgusting parts – 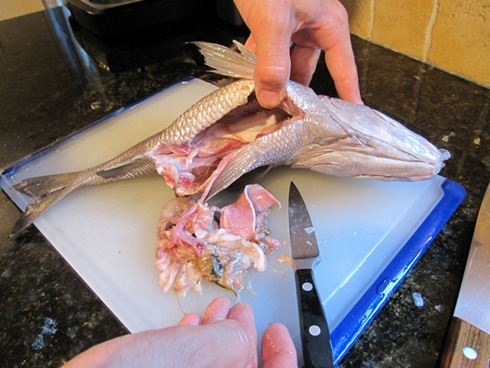 Now I generally will eat anything (well, maybe not tongue, testicles or bugs) but I’m not that grossed out by food. I guess since I understand that humans have been preparing food for ages. And I eat crabs, which is pretty gross. But this kind of grossed me out. Really the scales were worse – I wanted them off so it looked more like a fish. I can deal with heads and guts. I just had to pretend we were starving on a deserted island like in Survivor and we needed this meal for sustenance.

But by this point Matt was pretty grumpy and frustrated because the process was taking a long time and I actually said “Do you want me to just go get a fish at Harris Teeter!?” But he said no and kept working.

When we moved into the filet stage things started looking up. He trimmed the filets off the fish and then we were done with the alien. 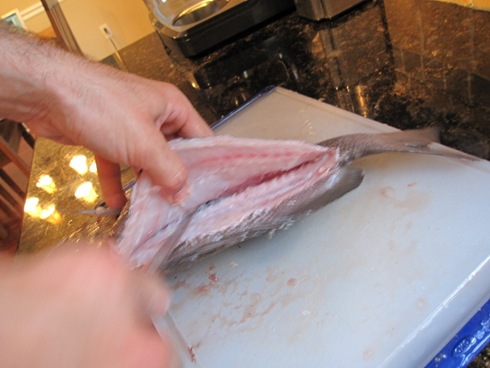 And soon enough, we had two normal looking filets topped with a delicious assortment of toppings. 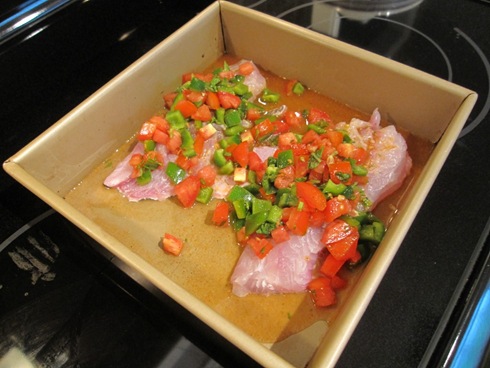 I used this recipe as an inspiration for the meal and we actually followed it pretty closely: Creole Flounder. I used my new creole seasoning from Casey and Renee in NOLA! 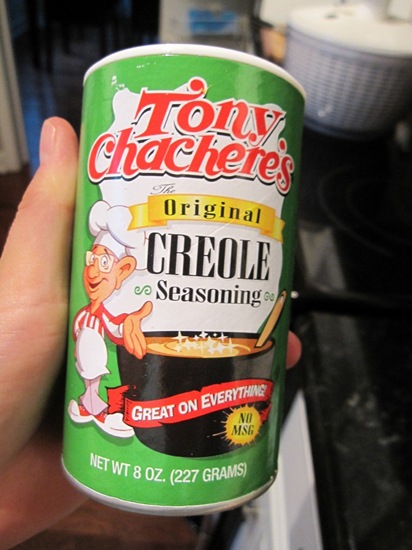 And despite all the frustration, the fish turned out beautifully!! We baked it at 500* for 15 minutes (longer than suggested because our fish was “different”) and I couldn’t have been happier with the final result 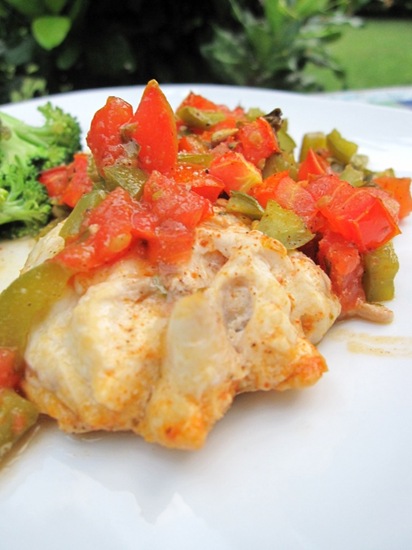 I even ended up eating some of the skin! 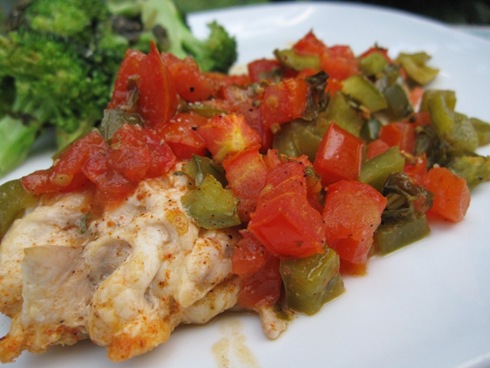 On the side I prepared those farmer’s market greens – sorel? I think she said? – and some broccoli in a skillet steamed with chicken broth and more creole seasoning. The greens wilted into a brown mush, but they tasted fabulous. Lemony! 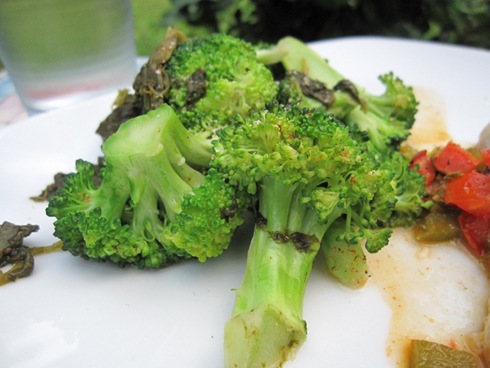 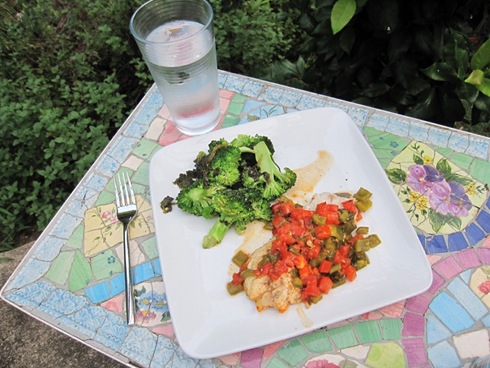 We never have the time or energy to make a whole grain side dish (and usually the entree and veggies fill me up fine). Tonight Matt toasted up some Sourdough Seed bread for himself to have on the side and he shared, so I had about half of one of these guys – 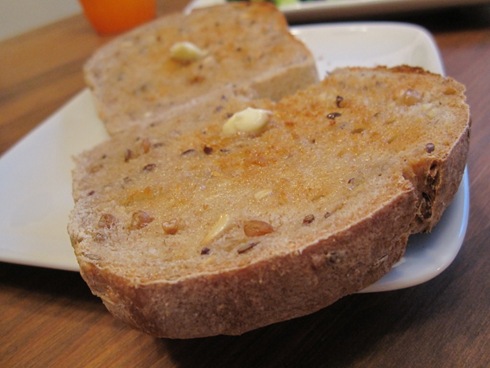 So in conclusion, I wouldn’t really recommend this fish technique unless you’re looking for a messy culinary adventure!

I’m going to have a small bowl of Breyers Chocolate ice cream and perhaps finish my movie from last night.

Edited to add my small bowl of chocolate ice cream was divine!!