You are here: Home / Lifestyle / Cured Of Yogahomesickness

Y2 Yoga!!!! I’ve been waiting for 2.5 months to come back to one of Tanner’s classes! Best yoga studio ever 🙂 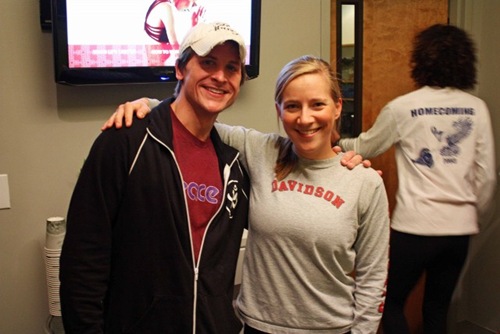 We were up super early this morning to get in an awesome Super Flow class before we hit the road. Everything was just how I remembered: hot, steamy, challenging, bendy, musical, wet towel feeling, wet washcloth on my face. I even got the water treatment where you get dumped with water during savasana! The water feels amazingly heavy on your stomach. Like a weight. Man I’ve missed this place! I think my favorite moment was during the third round of flow – right when you think you might collapse – Eminem’s “Till I Collapse” came on. I was rockin’ it in my head to the beat 🙂 I think I need to download that song for my iPod!

Caitlin, Nicole, Cassandra and even MATT came to the class (his first official yoga class!)

A Word From Matt about his first hot yoga class:

I’m not a yoga hater or anything, nor do I love it. I guess I’m pretty neutral. I enjoy the calming effects, and the intense stretching, but the times when I’ve done podcasts with Kath I get a little bored midway through. Going to Y2 Yoga for my first organized class pretty much maintained my perception of yoga, however I definitely see why all the girls rave about the studio in general. From the lavender-scented towels to the foot massage, to the clean and modern facilities, it’s really a model for how great a yoga studio can be.

Doing hot yoga was certainly a different experience for me. As a person who loves living in the South during summertime, I loved the sweat and heat. Being able to stretch deeply was a huge positive, and I consider myself a fairly flexible person in the first place. I’d say the hotness made the yoga better in every way, until the third set as I describe below. I felt like I got a great stretch in my back, which is especially nice since my back is always a little tighter thanks to back surgery seven years ago. I also came into the class with a kinda stiff and hurting wrist, and afterwards it feels a lot better. Most importantly, I left feeling pretty excited about the rest of the day.

As for the cons, there’s really only one negative thing I have to say, and it’s probably my fault for having my first class be a 90-minute session. By the third set, I felt pretty close to overheating, and any pose that sent blood to my head was getting really uncomfortable. But having grown up playing organized sports, I’m also prejudiced against quitting in the middle of a workout. So instead I took quite a few breathers here and there. I also obviously need more training on how to properly do poses because frequently I felt like I knew I was doing something wrong, but couldn’t really look at other people to figure out what I should be doing.

Still, I had a good time and maintain my feelings that yoga is a fun activity that I occasionally like to integrate into my workouts. Namaste! (or something)

After class, Matt and I took showers there and headed to Sbux for breakfast and coffee. Thankfully our friends had the same idea! 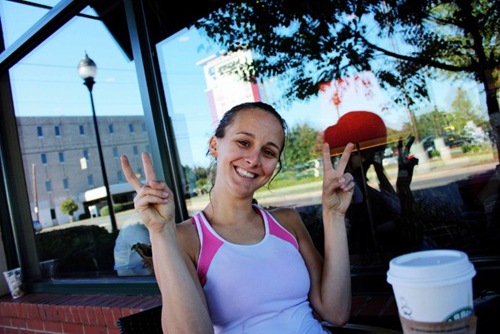 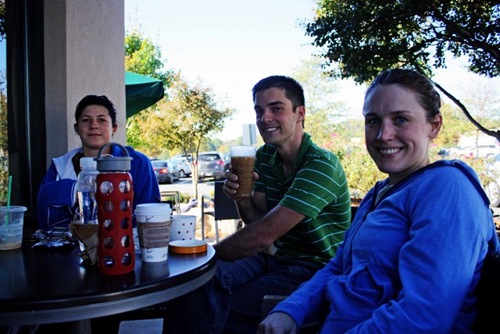 Before yoga this morning I had a piece of toast with a little Nuttzo and jam – just enough to hold me over. During class I had 1.5 water bottles! 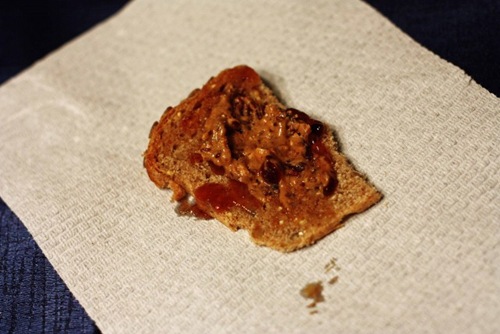 At The Bux, I got a Misto with 1 pump pumpkin and the instant oatmeal – with a pumpkin bread crumble! 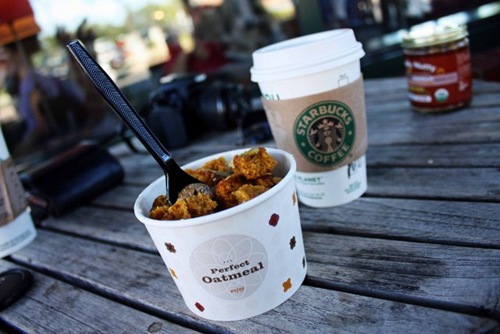 And because I always have peanut sunflower butter in my pocket… 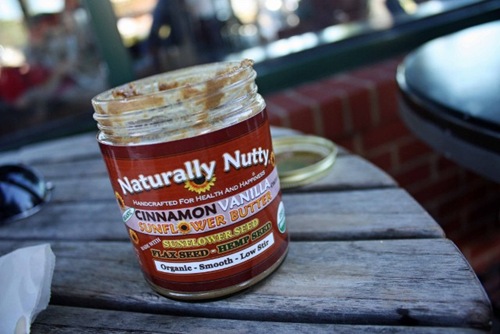 I used some of the dried fruit and nuts, plus a small piece of crumbled pumpkin bread and a spoon of CVSB in the oats. Sadly, the instantness of the watery oatmeal was still pretty gross on the bottom. But the top was awesome! 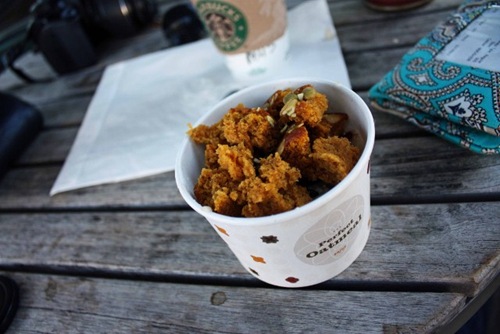 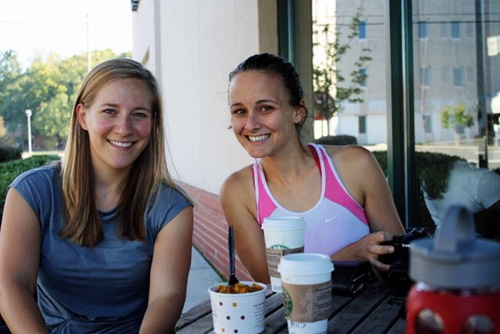 Back at Michelle + Ben’s, packing up. And we’re off to our next state: South Cackalacky!