I used to hate them actually. Along with tomatoes and most vegetables. Then somewhere along the way I acquired the recognition of their taste, and then a little later, liked them. 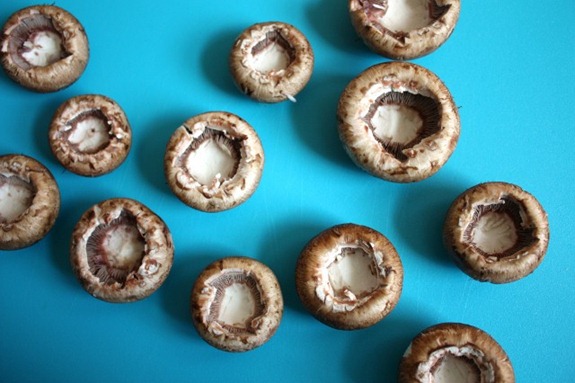 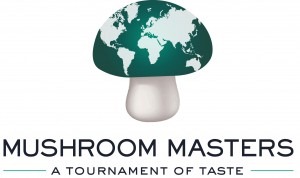 In honor of September being National Mushroom Month, a grouping of Mushroom Associations from around the world [Australian Mushroom Growers Association, Mushrooms Canada and The Mushroom Council (US)] invited 12 food bloggers to compete in The Mushroom Masters, A Tournament of Taste. Each week during the month of September, three different bloggers from different countries will create original recipes using that week’s featured mushroom variety. Perhaps you have already seen Canada’s Portabella entry from Miss Oh She Glows?

I’m a wild card and will be making a debut in a few weeks….until then…behold the fungus 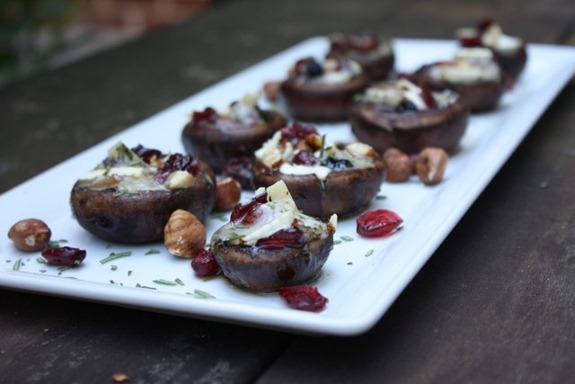 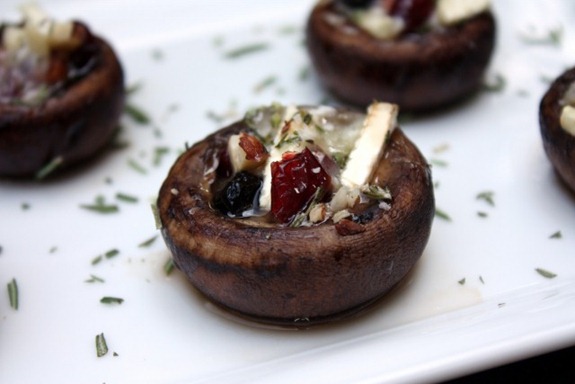 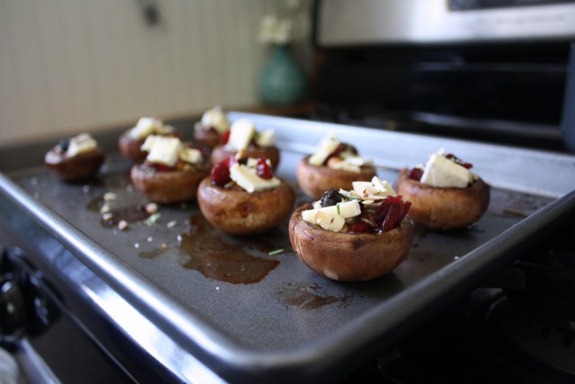 I spent a long time tweaking the recipe this morning (with Matt’s help) and we nibbled on PLENTY of ingredients!! 🙂 Had to taste test a few too. After all the photography concluded, we feasted. 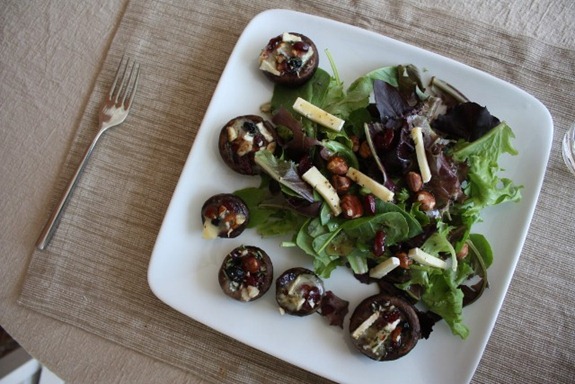 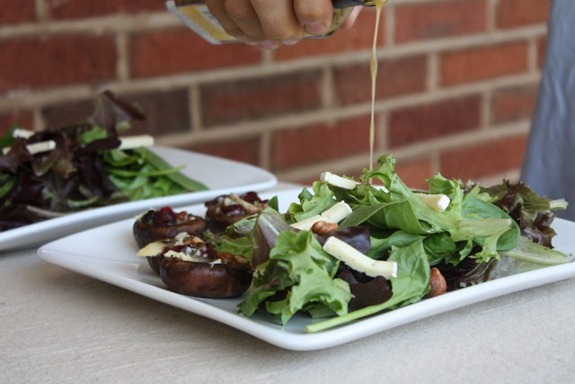 Pretty much my whole meet was either fat or vegetable. It left my stomach feeling pretty weird. (But the ‘shrooms tasted amazing!!!!!) 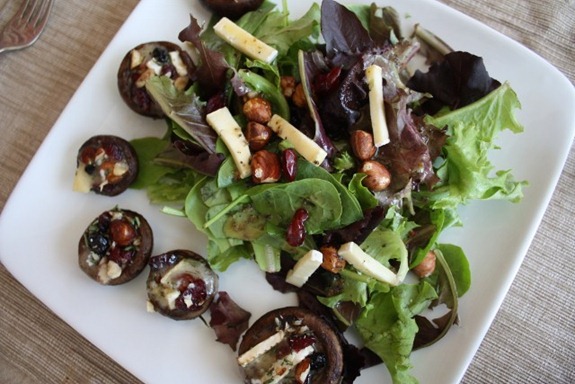 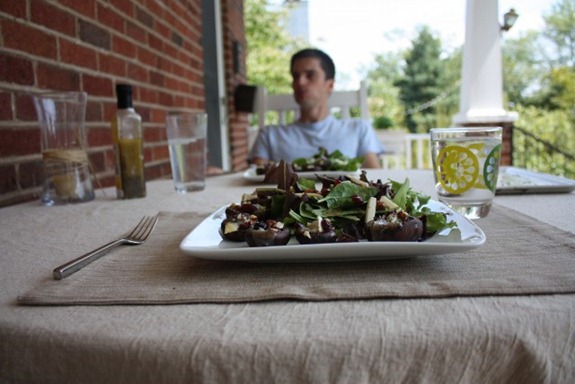 After our feast, we had to make a 2PM appointment to tour a house that Karen is interested in renting. If I haven’t said yet, she rented her condo in Charlotte and will be moving up to Charlottesville on September 22! She’s going to be our bookkeeper at the bakery (and ever since she left Cville after Matt was born she’s wanted to come back). 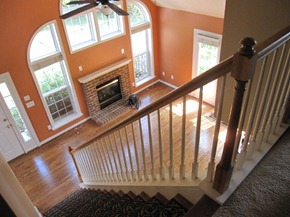 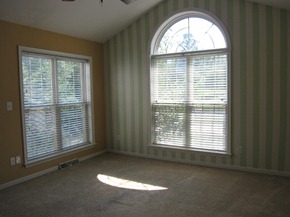 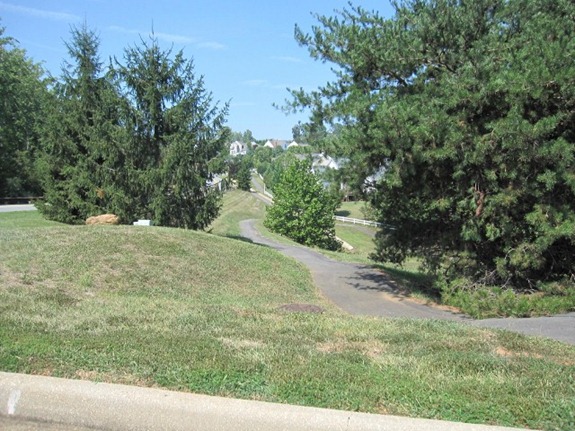 On our way to the next appt, we had 30 minutes to kill and were right around the corner from Beer Run. I think Beer Run defines Charlottesville for me. 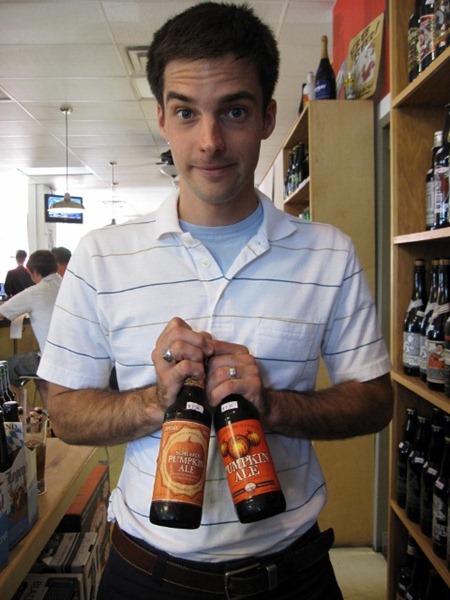 It took a little more coaxing to get me to share a pint mid-day, but I conceded. (OK, that wasn’t that hard either!) I didn’t think this Octoberfest was very Octobery. More June. 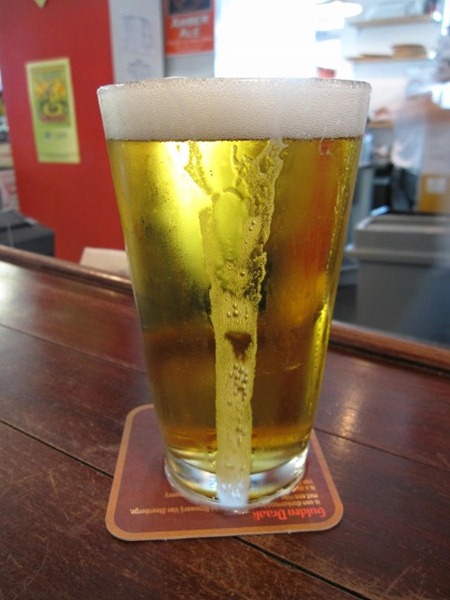 House #2 was historic and updated and I liked it a lot! 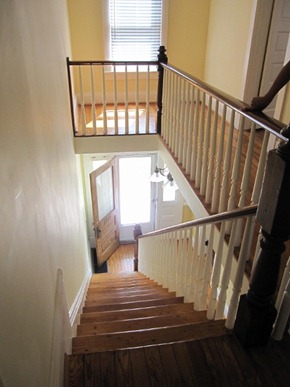 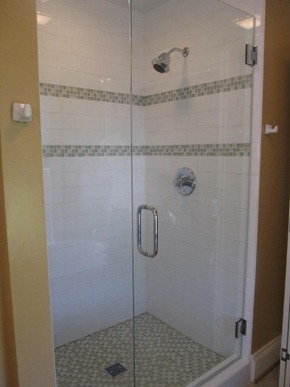 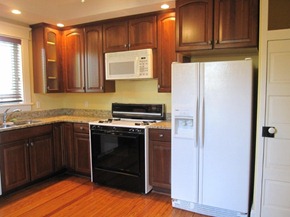 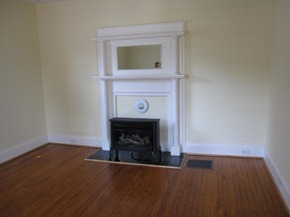 Which will she choose!?

I’m feeling that "I’m hungry but I’m full" sensation – going to have a snack soon! Plans for yoga this evening – and butternut squash!!

Gotta go work on my recipe some more – ta-ta!