You are here: Home / Lifestyle / Close Your Eyes, Pick A City

We got the news tonight that our plans for a bakery in Charleston are not likely 🙁 But other locations are open. So we’re thinking hard. Matt was pretty bummed (I was too, but I can’t say this was a surprise because we knew it might happen). I’m crossing my fingers somehow we might still be able to move there, but we are keeping the doors open at the moment.

We’re going to Jacksonville, FL this weekend for a wedding and just booked a night at a B&B in Savannah on our way down so we can check it out. We’ve been there before but haven’t seen much outside of the historic district. Also on the list of MAYBES is the Virginia Beach/Norfolk area, Charlottesville, maybe somewhere in Georgia (Hilton Head?)

Want to make a claim for your city and why we should move there?!

We won’t be moving for at least a year, though, as I have to finish school and my internship. I’ll figure out what to do with my masters when I cross that bridge.

I spoiled my appetite for dinner with this wonderful greek yogurt + Zoe’s granola concoction: 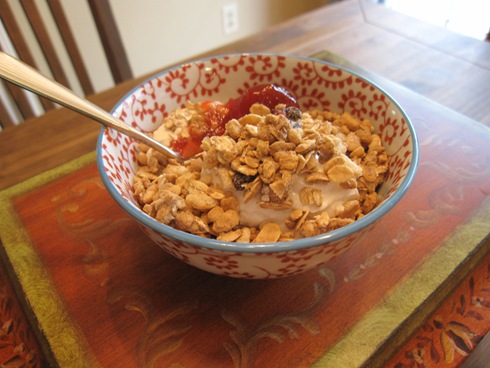 Topped with a spoonful of jam 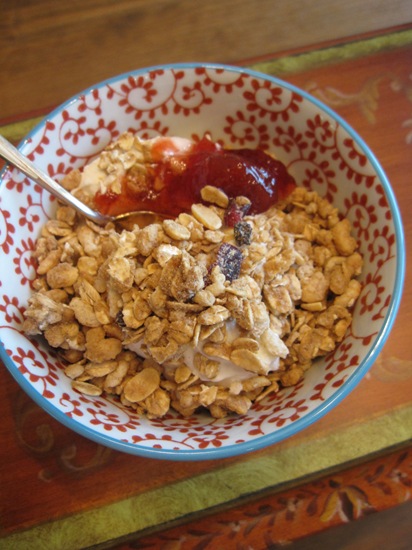 So when 6:30pm, our ideal “he doesn’t want to go to bed full” eating time came around, food was the last thing on my mind. Matt said he “ate a lot of bread today” and wanted to catch up on sleep, so after eating half a cantaloupe he went to bed.

I finally got hungry around 8:30 and rummaged the fridge for leftovers – 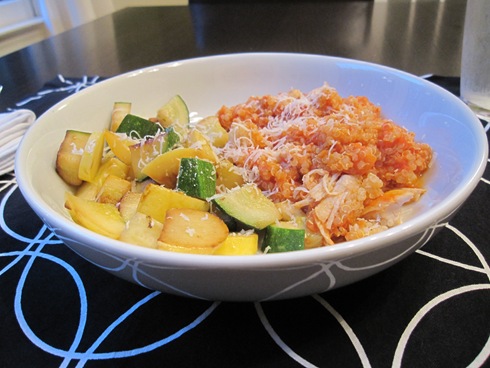 I found a shredded chicken breast Karen had brought over and combined that with leftover quinoa and Mezzetta Napa Valley Bistro Creamy Marinara. Topped with some parm 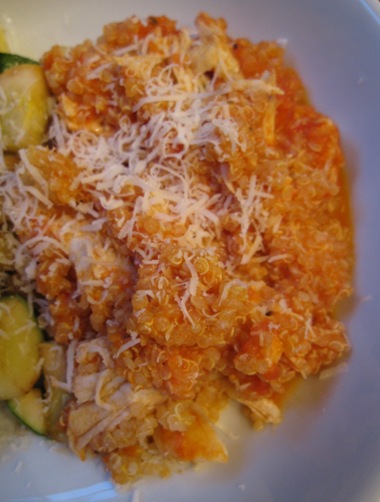 And I sauteed some zucchini and squash in olive oil and salt till they were golden and caramelized. HOT, hot, hot pan. Let ‘em burn! 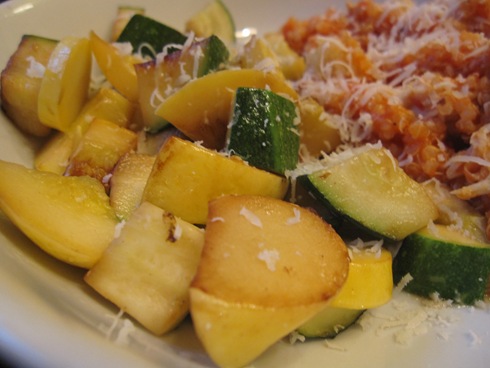 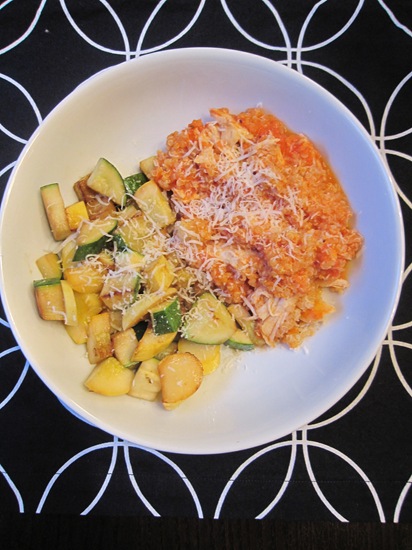 STAGED. I really took this bowl to eat with the Real Housewives 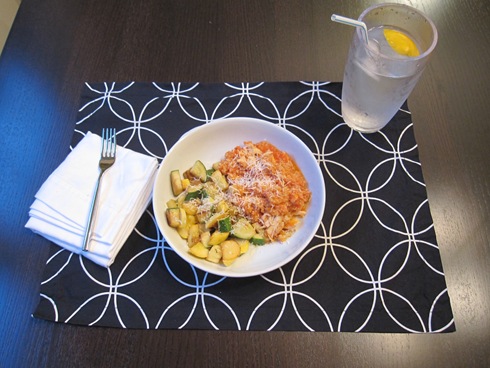 Seriously, what is UP with Danielle. She is SOOOO annoying and I don’t feel sorry for her at all. She’s just weird and brings this on herself!! My favorite is Teresa 😉 What’s up with the season being over already!? 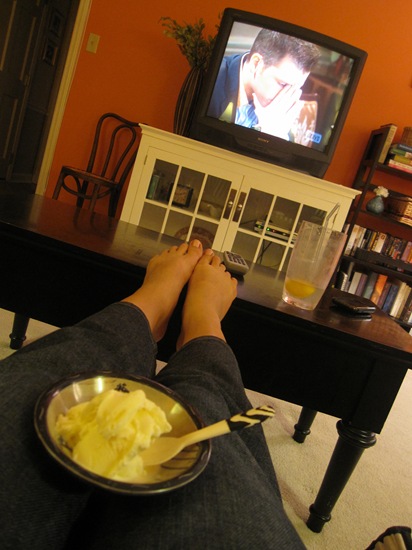 That would be about a third of a cup? It’s a smaller bowl than it seems. 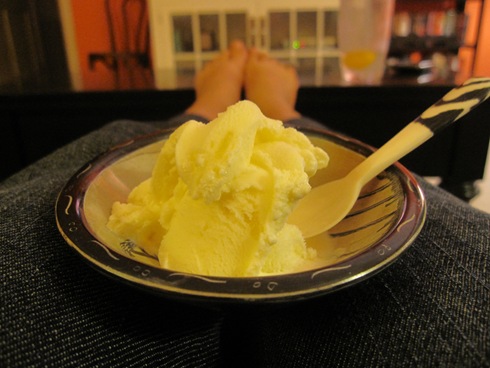