I think I have mentioned this before, but pregnancy is sort of like one long vacation. Not that it’s all fun and games, but that a lot of the normal routine things get paused for 3/4 of a year. Mostly in the fitness department – no contact sports, no pushing it with weights or cardio or heart rate. There’s a general slowing down and being gentle with the body. While I stayed active during my pregnancy, I also relaxed into “easier” workouts. After all, growing a human and carrying around all that extra weight in the front is a workout in itself! It all kind of comes to a grand finale when the baby arrives and your only exercise of the day is walking from the couch to the fridge and back. 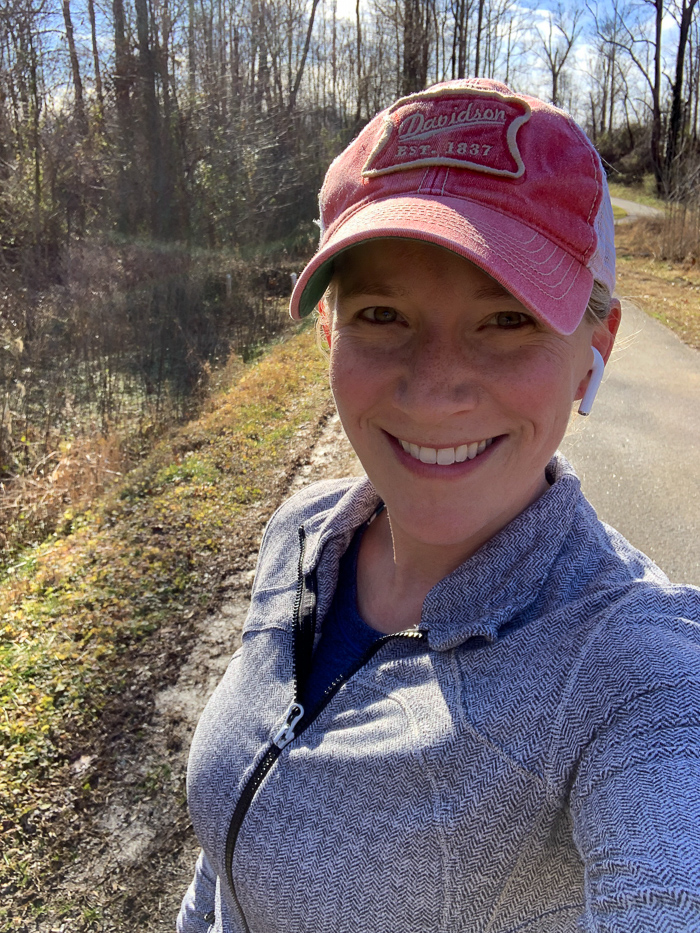 Just like when I come home from a vacation craving sweaty workouts and salads, I ended those first six weeks after B was born, coupled with nine months of a changing body, with the biggest craving for workouts. I had a cycle teacher back in 2006 who used to yell out in her classes: “Increase that resistance because you CAN. There are people who wish they could be cycling right now but can’t.” This was a year after I had had foot surgery and my activity was very limited, so I was extra appreciative to be working out again.

I have that same gratitude mentality about workouts these days – I am so thankful to be able to run, jump, and play again that it makes me crave the activity even more. Getting out of breath feels so good. I am already addicted to the endorphins!

I’ve been running inside on the treadmill on cold days and outside on warm days with Aaptiv. I went to ACAC Afterburn athletic conditioning on Saturday and strength class on Monday. And indoor soccer started this week! Also because I can’t just escape to a class whenever I want, I appreciate each time I do get to one so much. 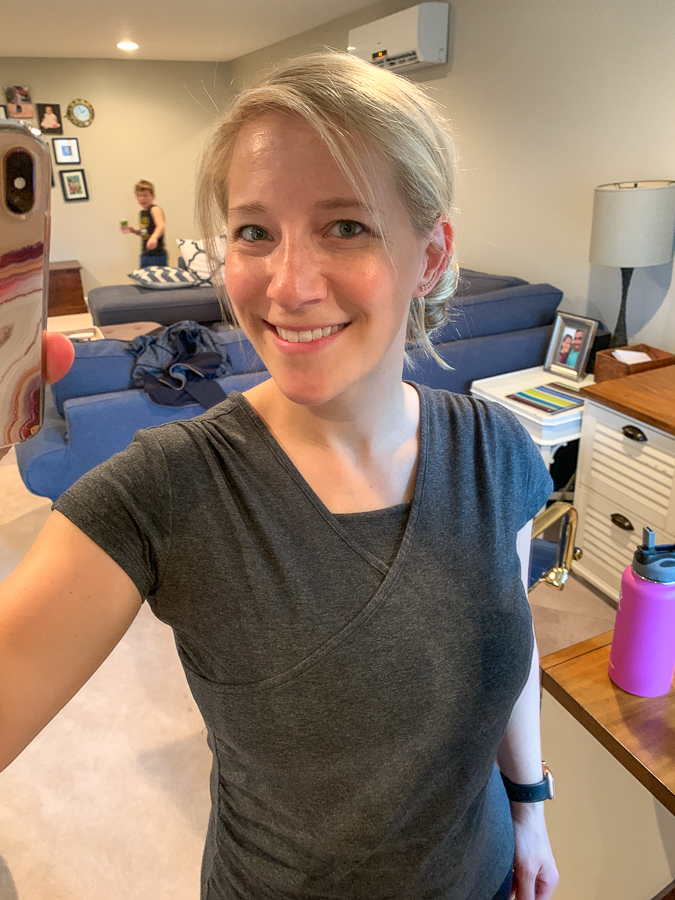 A few weeks ago, I had thrown on sweatpants and a hoodie when I got up and entertained both boys all morning. By 2 pm, I was feeling so gross and grumpy and in desperate need of a shower. It made me realize how much feeling clean with a little make-up on contributes to my mood. And so I started embracing the first-thing-in-the-morning-shower every day, even if I have a morning workout planned.

Before having Birch, I could workout out whenever I wanted. But since babies are so unpredictable, sometimes my plans for a workout and shower while he’s napping change 10 minutes into the nap. I HAVE to shower every day. So I have been showering first thing upon getting up even if I have plans to get a morning workout in during nap time. This results in what I have been calling “Clean Sweat.” The sweat that one produces 20 minutes into a workout after a shower is often scented with soap, deodorant, and sometimes perfume. The sweat without a shower first? Not so nice. So if B wakes up 15 minutes into my workout and I don’t get a chance to shower after, at least my sweat is somewhat clean. (If this happens I take a rinse-off one-minute shower later in the day.)

Showering first but dressing in workout clothes allows me to be spontaneous and roll with the punches of our unpredictable days.