You are here: Home / Lifestyle / Burnin’ Both Ends Of The Night 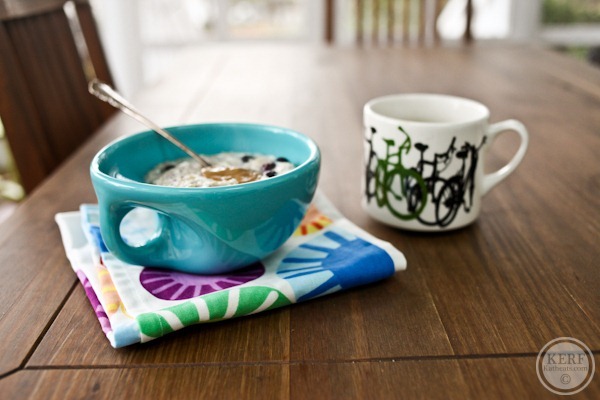 I don’t even know where to begin to tell you about this day. It was….unpredictable. Last night’s sleep was poor again (the New Years night was some kind of fluke.) I have a feeling we’re heading into sleep training territory, and I so don’t want to go there. Perhaps M is still adjusting from our travels, but we were up at least every hour (sometimes more) from 3-7am, and his days of decent napping are no more (for now, at least).

On the plus side, we stayed in our PJs all morning and did a lot of snuggling. In that sense, it was a really nice day. Props to all of you working moms who can be up all night and go to an office in the morning. You are strong.

Let me tell you about the food! 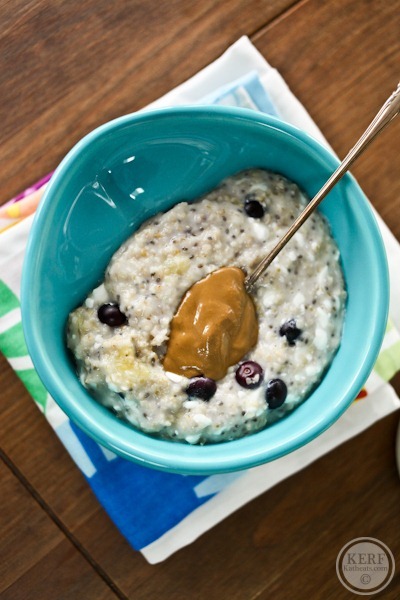 Steamin’ hot and filling oats – whipped banana style – with cottage cheese stirred in at the end along with a handful of blueberries. Sunflower butter for the win. 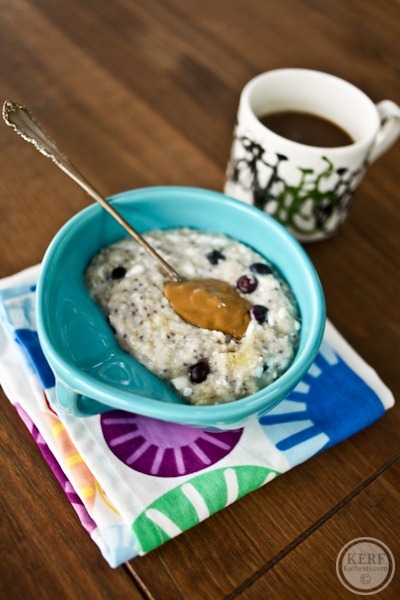 Many hours later I had a great lunch featuring a few leftover pitas from our party. 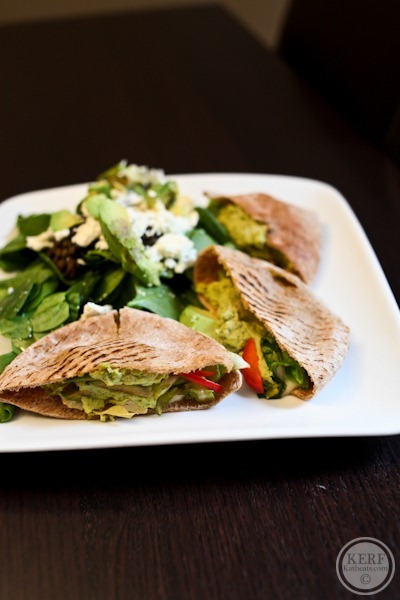 Whitney stuffed them with artichoke, peppers, avocado and cheese and I added some of Rosie’s edamame ginger dip before toasting them in the oven. 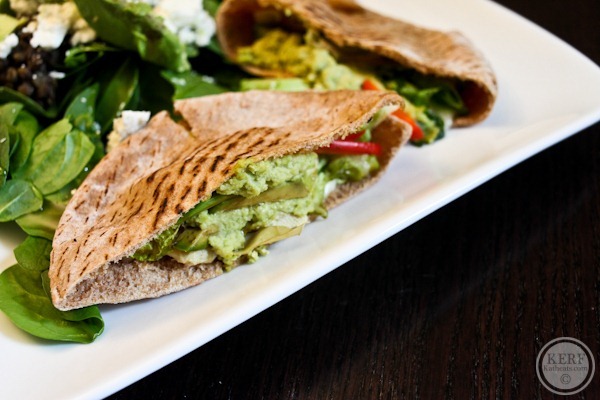 On the side was spinach salad with a half cup of hot lentils, avocado and goat cheese. 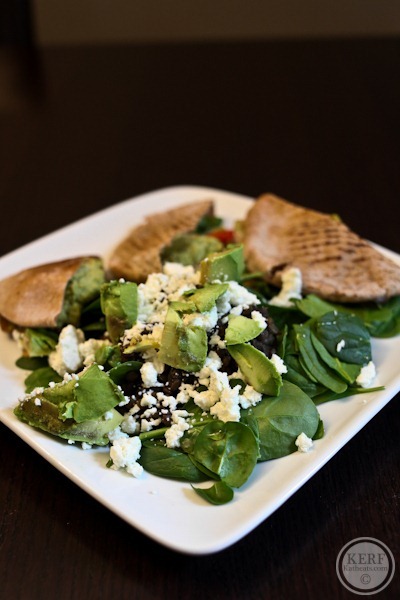 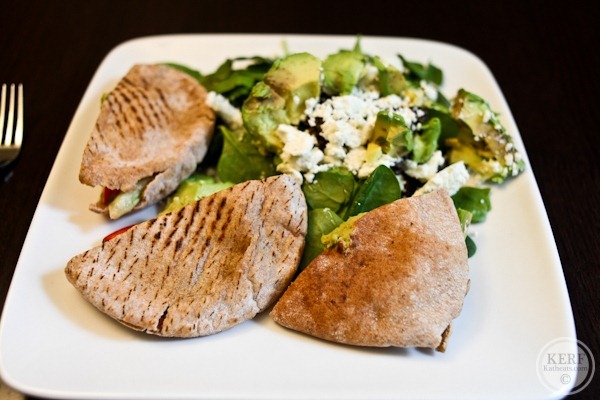 I took Mazen out for a 3 mile stroller walk that went by a coffee shop late this afternoon and got a decaf cappuccino for a snack. It was refreshing to get outside and walk.

A short nap was on the menu tonight, and Matt and I were able to put together a really nice dinner 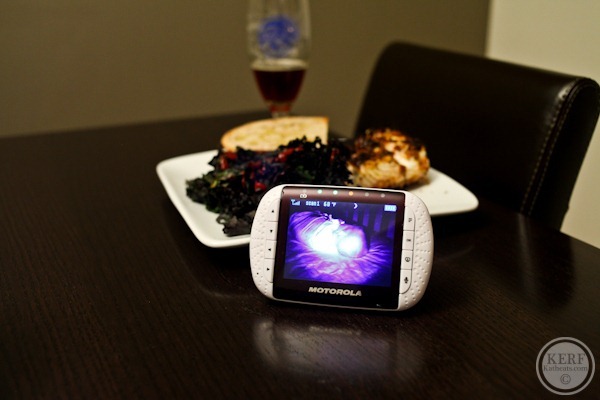 While dinner was in the oven, I was famished, so Matt made us little toasty appetizers with melted cheese (that’s a salad plate, FYI – they aren’t giant!) 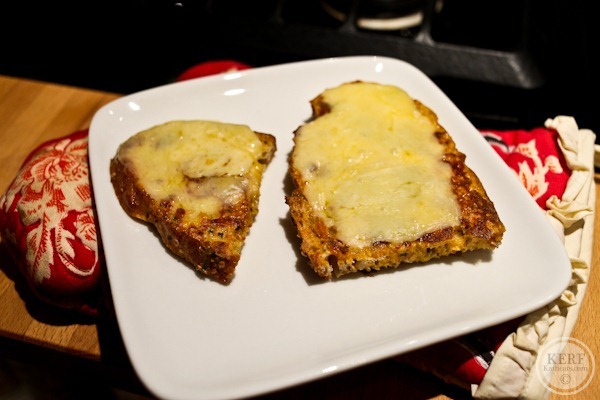 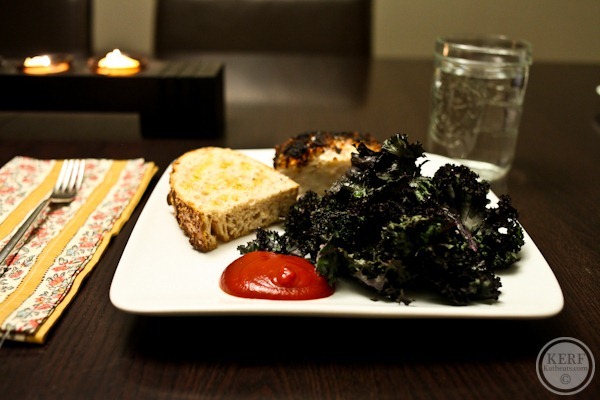 For tonight’s preparation, we dunked it in egg and sun-dried tomato flavored panko I found at Whole Foods, then pan-seared and oven finished it. The pan was a wee bit hot so we got a good char on top, but it sure tasted good. The seasoned panko were really flavorful – nice and tangy from the sun-dried tomatoes. I noticed WF also had Italian, mushroom and spinach-seasoned panko in the seafood department too. 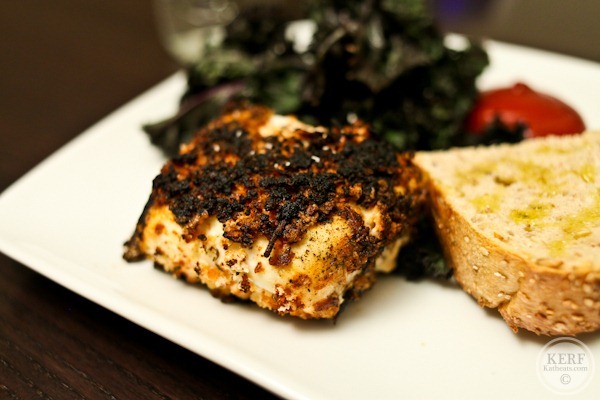 Kale chips on the side. These aren’t burned – it was just the deep purple kind of kale! 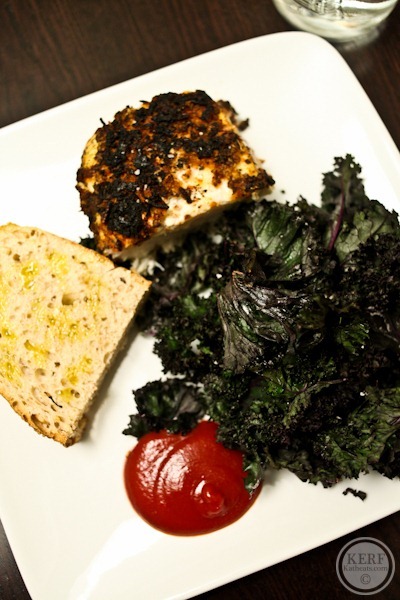 And some of our sunflower sourdough with a drizzle of EVOO. I really enjoyed this bread, but I’m so excited for the Cville Crunch loaf Matt brought home today and the French toast I have planned for the morning! 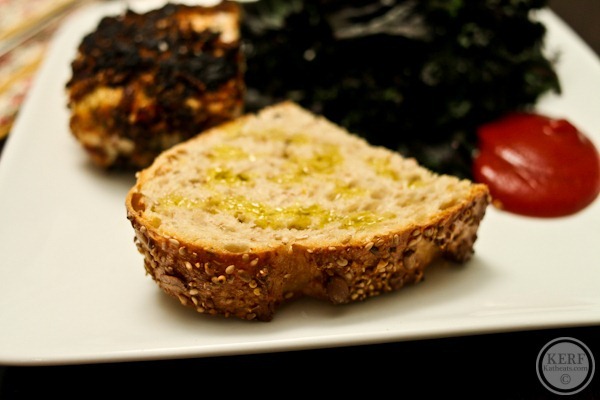 It really feels like a Monday and it’s so exciting that the weekend is just around the corner!