The long awaited husband blog is here!!! After a year of talking about starting a blog, I present you with: 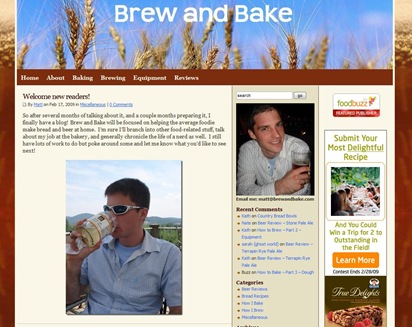 He’s been slow to get some of his bread recipe over there, but they’ll be moving too. For all of you interested in home brewing, B&B is the place to go! ALSO, I am changing his name from “the husband” to Matt. Now that he has his own online identity, I’m going to switch over, which is something I’ve wanted to do for a while. It’s going to be weird to call him Matt though. I think I’ve mentioned before that I call him Kanz at all times, and with the exception of our wedding vows, I haven’t called him Matt (and he hasn’t called me Katherine – I’m Koops) for 7 years!

At the gym I did an easy 45 minutes on the ET since my run was just over 14 hours ago. I kept the resistance on 12 instead of 14 to lighten the load. I cooled down on the Stat bike for 10 mins and did some yoga poses (i.e. stretching with a name) at the end.

I debated and debated cereal, yogurt or oatmeal and oatmeal won. But gosh this was a fabulous bowl! 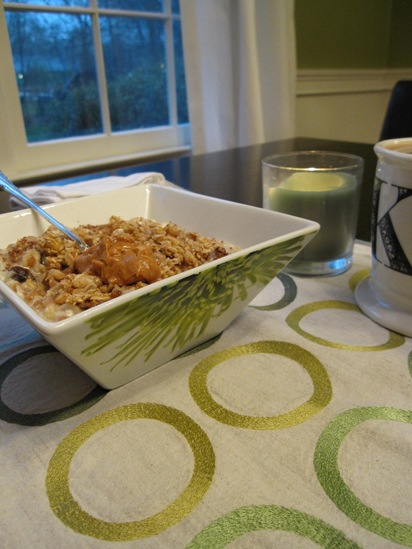 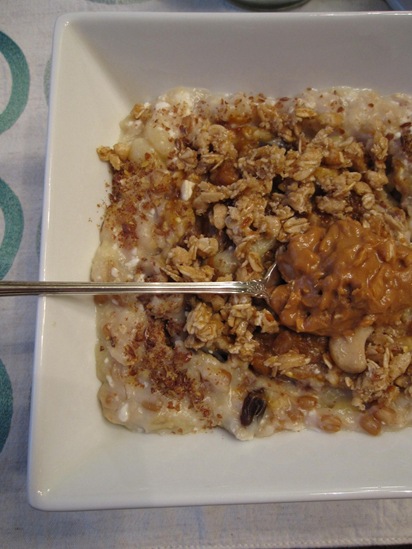 Look at that landscape! 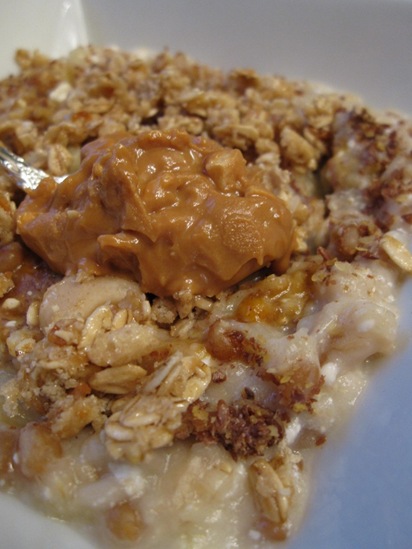 The perfect side dish to oatmeal 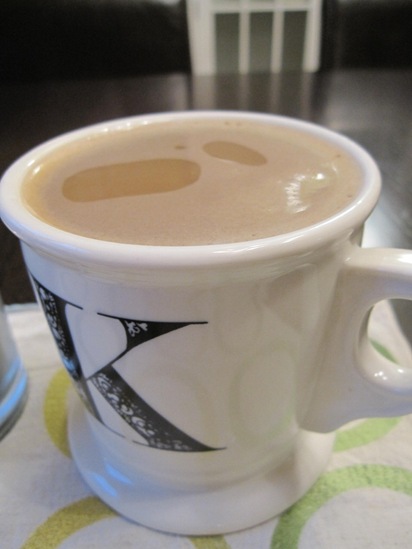 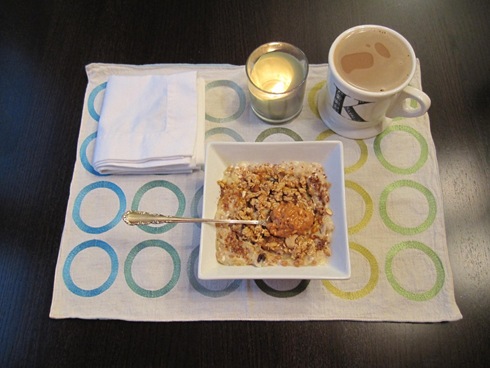 I should be getting back THREE tests today. I love getting tests back, even if they aren’t as good as I hoped. I hate the suspense of not knowing how I did!

Stay dry if you’re nearby! It’s going to be a long day, but I’m armed and ready