You are here: Home / Lifestyle / Breakfast With A Snail 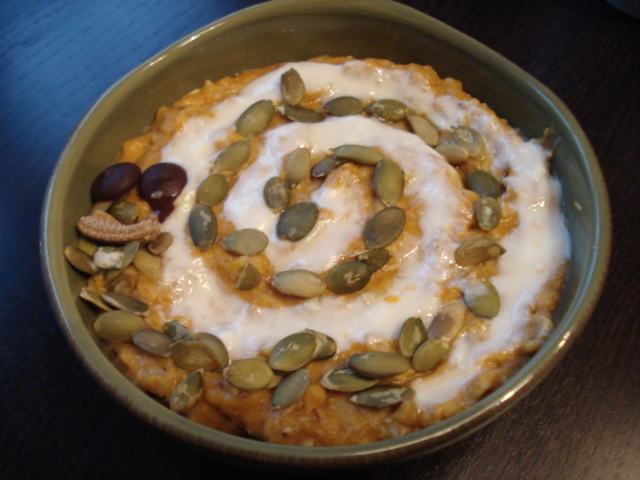 Roll your eyes, but when I swirled the yogurt into this pumpkin oatmeal I HAD to put a face on it and make it a snail!!

So my idea today was to swirl in maple/yogurt icing like I did for the carrot cake oatmeal into pumpkin oatmeal. It worked OK, but greek yogurt would have been better (because it’s so thick) and I only had Stonyfield on hand. This bowl of oatmeal was HUGE!!! I added 3/4 cup of pumpkin (started with 1/2 a cup but it didn’t look orange enough!) as well as 1/4 a cup of egg whites (for protein) and both made my portion double in volume! The egg whites changed the consistency a bit and make it all thicker – I kind of liked it! It wasn’t as creamy as my usual banana combo so I don’t think I’d add egg to that, but with the pumpkin it worked. 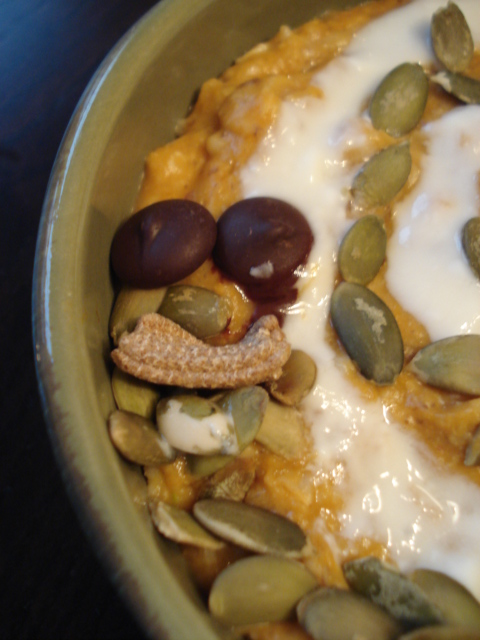 So this oatmeal combo was:

The smile counts as a freebie!

The bowl could have been sweetened a little – perhaps with brown sugar? It was very pumpkiny once I got through the topping 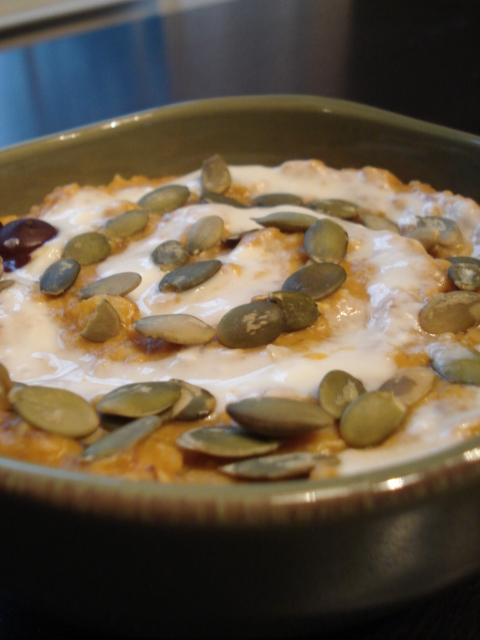 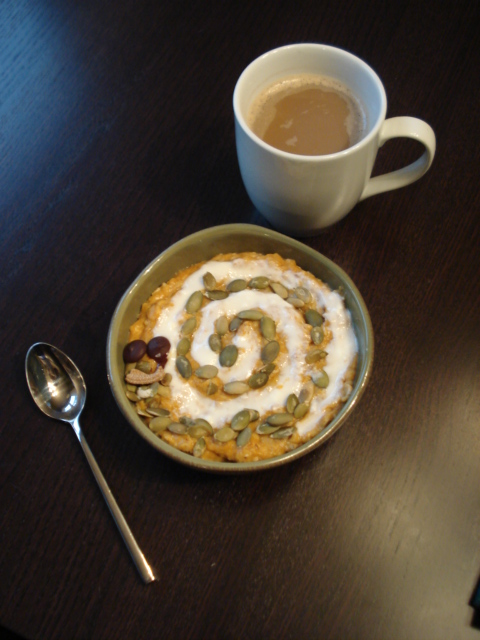 This humongous bowl ended up being 440 kcal, 13 grams fiber and 25 grams protein. With the extra protein, I’m hoping this carries me through my back-to-back tests and an hour-long trip Uptown (taking the lightrail) before a late lunch with the husband. We’re going to Taverna 100 – not sure what I’ll get but it all looks good!

Went to spinning this morning. ‘Twas fun, as usual. I had half a KIND bar before I left – and added a tsp of almond butter mid-way through for a bigger punch. 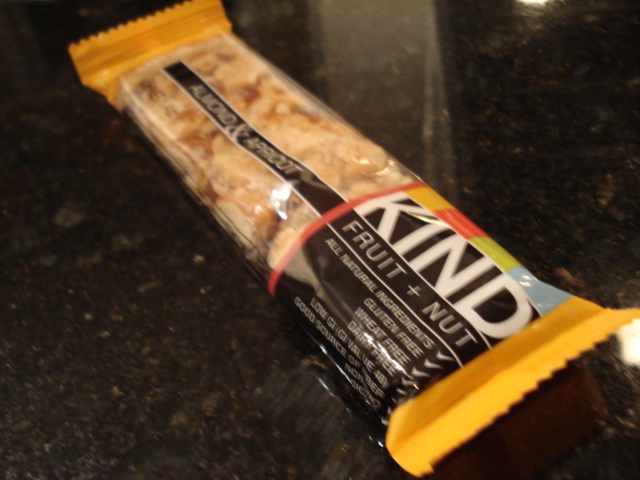 After lunch I’m going to my old office to go over my work with the new hire (yes, 4 months after I left!), so I’m not sure what time lunch’ll be up. Soon enough!