Slept in this morning and I feel better. I had the urge to go running when I woke up at 6 (or anything but get in the shower), but no time!! So I settled for a big bowl of oatmeal made from scratch instead. I switched my order of operations from shower –> breakfast to breakfast –> shower and it made for a more comforting morning. I would rather go running within 5 minutes of waking up than get in a shower – I just hate all the water. I usually shower first, though, because my timing is more consistent than my eating time, but today I just said "In the shower at 6:45" and things went very smoothly and I got to enjoy my oatmeal first.

Half a cup portion this morning with a whole banana because our bananas were so ripe they were falling apart! Trail mix on top along with a tiny bit of PB . I’m hoping this lasts me all morning long. 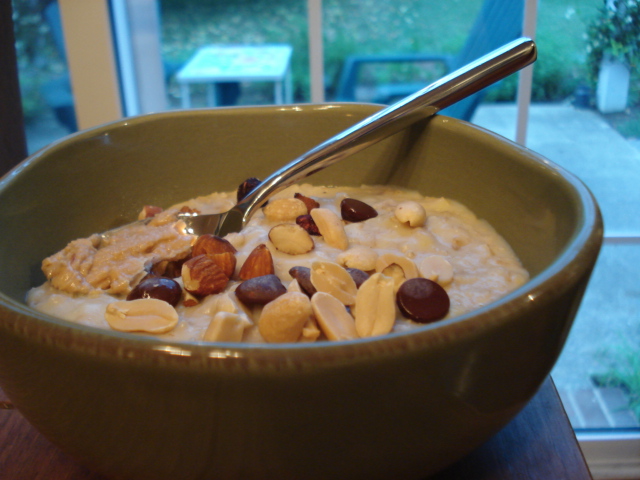 While the 1/2 a cup portion is clearly bigger than 1/3, I think I prefer 1/3 a cup with 1/4 a cup of other whole grains instead because it adds more texture. I need to make granola and wheatberries over the weekend! 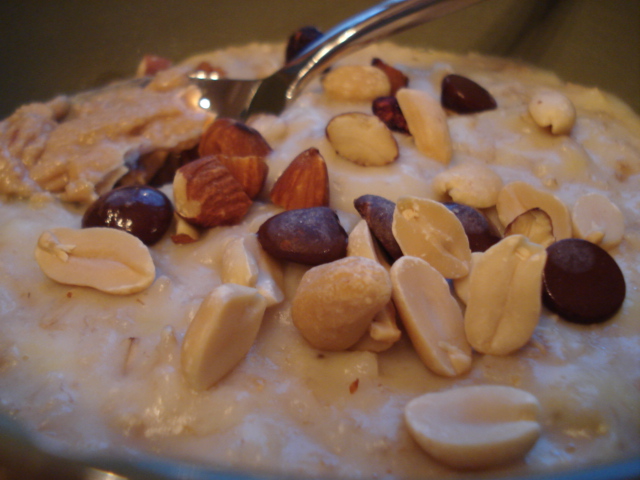 Off to enjoy 7 hours straight of class 🙂 At least the first 2/3 of classes are good ones.