Solid 9 hours of sleep last night. Woo hoo!! I woke up before my alarm this morning dreaming, which is usually a sign I’m ready to wake up. I think I was at a cheese tasting in my dream! Since I’m working out later in the day due to Girls on the Run, I decided I was in the mood for Millet + Amaranth Porridge last night. (See the last time I made it here: InGRAINed Habits.) 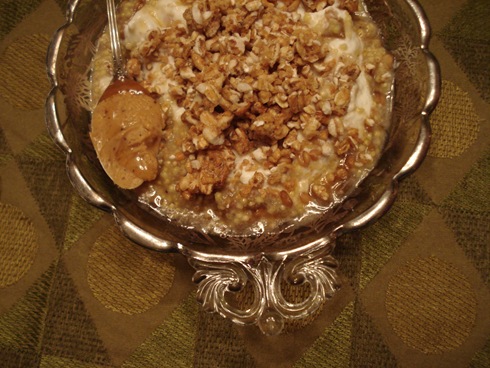 This time I didn’t work quite as well, but we were in a bit of a hurry because the husband biked to Great Harvest and had to leave before 7. Next time I think I’ll cook the grains in water and stir in milk and mix-ins near the end rather than starting like I do oats with everything in one pot. I actually combined the half soy milk/half water along with 2 dates in the fridge last night so they could soak overnight to hopefully reduce cooking time. While the dates made it SUPER sweet, I’m not sure it really reduced the cooking time. Actually, at one point the milk curdled but then it recovered and reabsorbed. 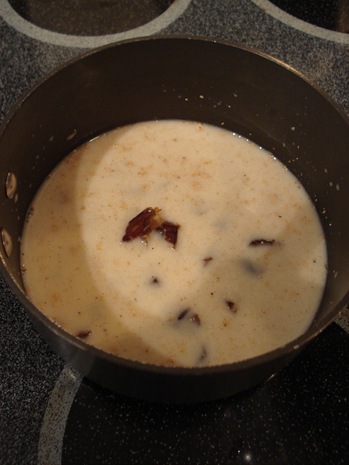 But it still turned out pretty good. I really like the millet birdseeds – they are fun to chew 🙂 The volume portion was really small so I added wheatberries, greek yogurt (~1/2 cup), and GoLean Crunch. Plus a dizzle of maple and spoonful of Toffee Butter PB. 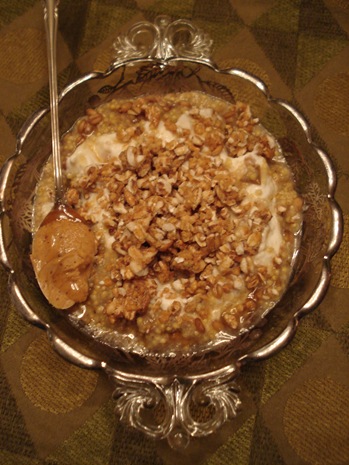 Plus a delicious hazelnut-French vanilla cafe – 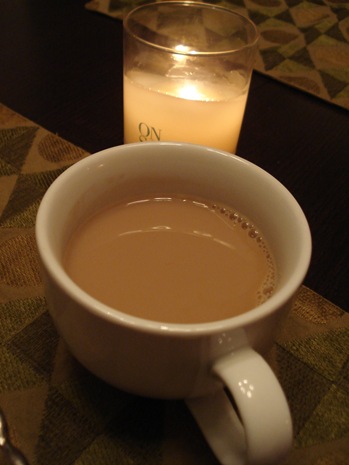 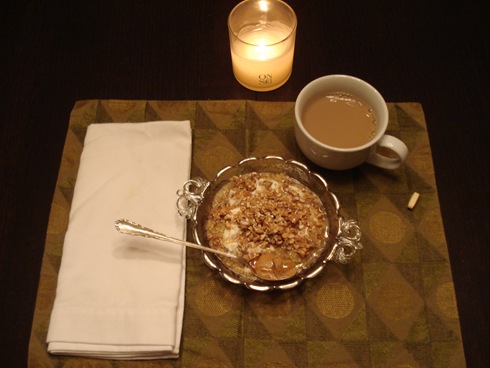