You are here: Home / Weekend / Biking Is Good For Ingestion – Part I

Almost as shocking as our spontaneous ice storm last week is the temperature outside today. I knew it was going to be warm, but our house was still chilly and when I stuck my arm into the garage I went back for a vest.

Then I stepped outside. Whoa – it’s NICE!!! I swear it’s colder inside than it is outside. I actually opened the patio door to let in some warm air!

Mid-morning I did 45 minutes of Heart Opening Flow #1. It was great!! Perfect challenge, flow and mix of fun and hard poses. Gah I hate chair pose!

After yoga I didn’t have much time until I left to bike to Trader Joe’s to meet the husband, who was at work next door at Great Harvest. He got off at 1:30 and I planned to meet him there so we could bike home together. Well I didn’t think about the fact that biking 12 miles takes me about an hour and a half, so I should have either had lunch first or had a snack! I was starving when I got there – and still had the return trip!! To tide me I had a slice of a Swirled Cinnamon Bread while at the bakery. OMG it was divine. Whole wheat too! I got very sweaty on the ride home in my vest and had to take it off.

More from the Biking Diaries:

OH MY GOSH – and I HIT A SQUIRREL on my bike!!!! It was horrible. He ran out from a bush and I think I must have bumped over his leg. He scurried off before I could even look back to see if he was hurt. I don’t think I hit his whole body, but it was extremely traumatizing. My eyes welled with tears instantly! I’ve never hit an animal with my car, so this was even worse because it was close by 🙁

SO….once we got home from the 12 mile adventure we speed-prepped a lunch. 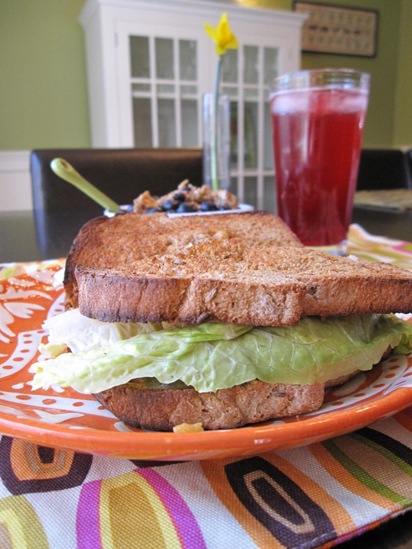 I made a Canadian Bacon (from TJ’s) + Sabra Hummus Sandwich with pickles, romaine and mustard on GH Rye (all broiled in the oven). 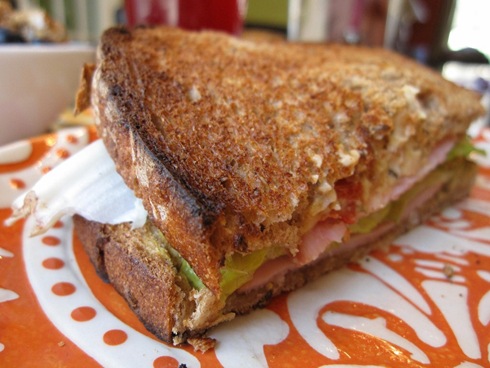 The husband’s sandwich was GIANT (that’s a 7″ plate) 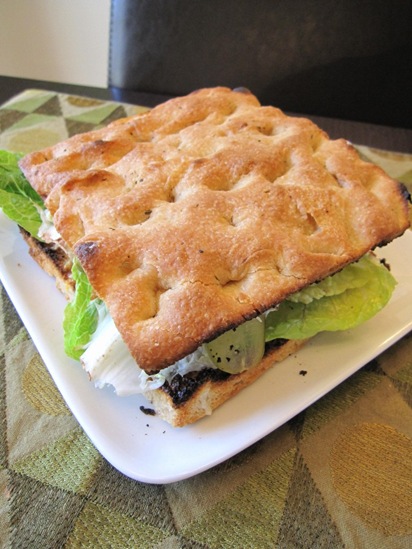 I also had a little bowl of TJ’s Euro yogurt with blueberries, Blueberry Vanilla Crackle Granola Plank, and some flax. 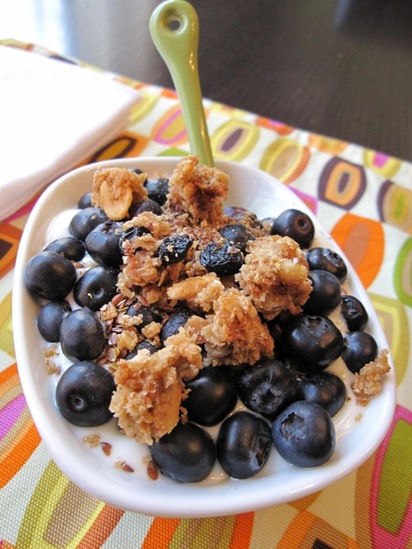 And a POM spritzer with some diet tonic. 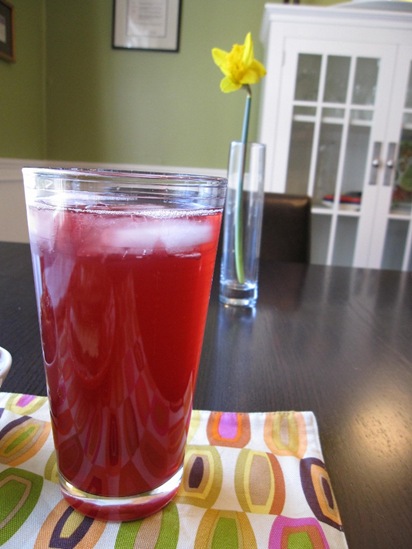 [Used to be a Netflix envelope!]

Not too much longer until we bike to the lightrail and head uptown for our date. Be home late!