[Said in the Mrs. Doubtfire accent 😉 ]

Today has been a bit crazy – up to my neck in interior signage, merchandising units and furniture choices. I was still in my PJs having serious business discussions with Matt when I realized I had better shower in order to make my lunch date with Amy! 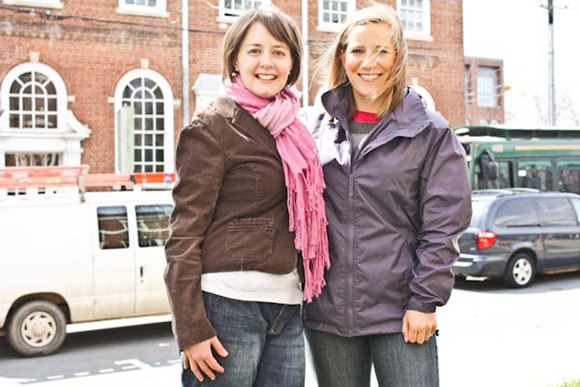 Bike bike bike! I’m on a bike! [Bicycle rights!] Did you know I now chant that in my head when I pedal?!

I figured since the weather is nice and I have 2 bike outings and one walking outing scheduled that going to the gym was not in the plans. I much prefer active living!

Amy and I met at Now & Zen, a new sushi restaurant downtown that caters to the in & out crowd. 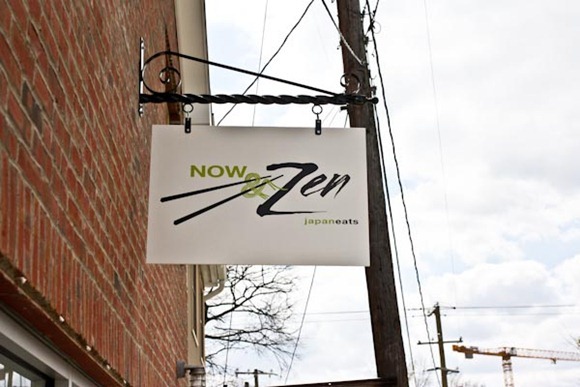 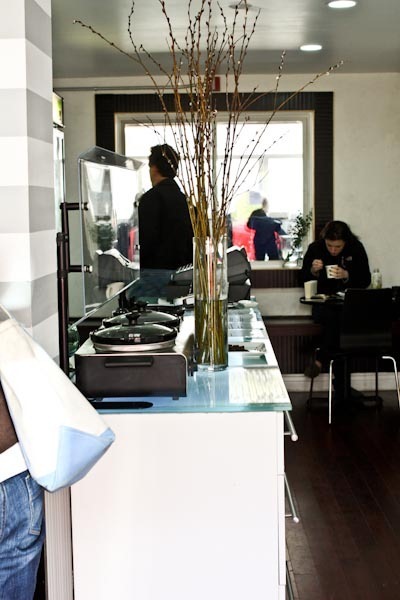 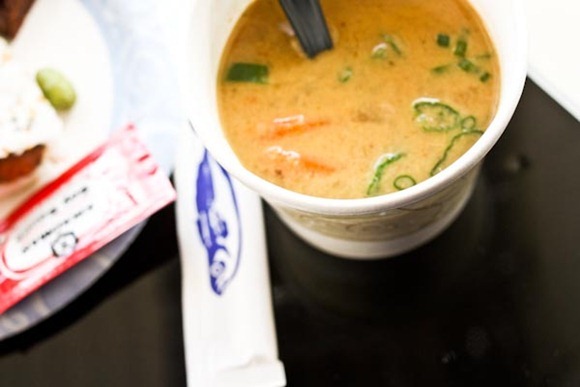 They had a case of freshly made sushi packaged up in rolls of 3 – so you could try two kinds! 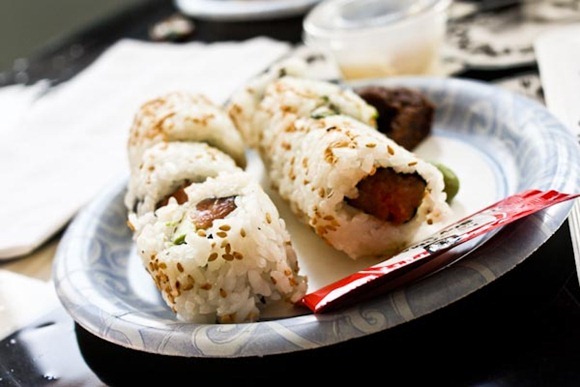 I got an Alaskan and a Spicy tuna, both had white rice and the tuna had green onions [

] but they were good overall. I like sushi, but I don’t love it. I think because it’s compact and gone so fast! 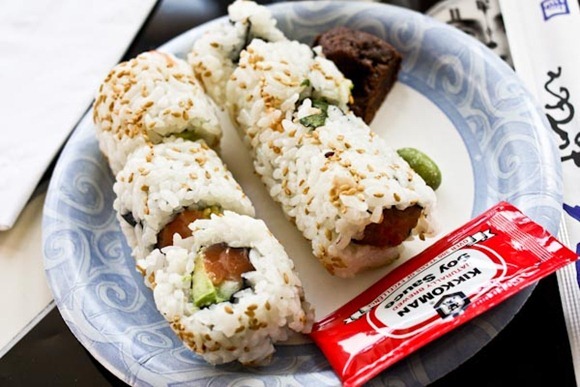 So was my cup of lemongrass soup!! Souper spice! 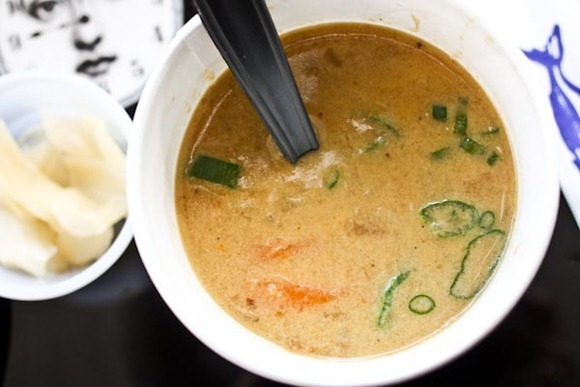 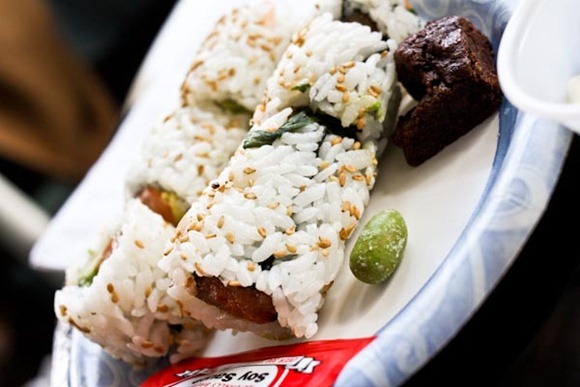 It was a good lunch – and inexpensive too! Only $7.30 for all of this [savings on water to drink and counter service]. 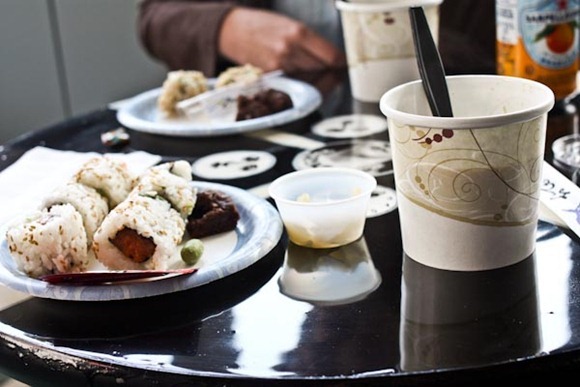 After lunch Amy and I walked around the block to take in our pretty city (which is awfully windy today!) and then it was bike, bike, bike back home.

Matt and I are about to go run some errands (they never end!) and then we’re out on the town for the Frist Friday Gallery Crawl this evening!