You are here: Home / Lifestyle / An Apple (Frittata) A Day

I am stressing out tonight because I revisited my course plan and found a glitch that would mean I can’t do my Dietetic Internship until Spring of 2011, which would leave me idle for a few semesters just waiting around until I have the letters by my name to work in the industry. It wouldn’t be the end of the world since I have to use an extra year to finish my masters, but it’s really putting a kink in my plans to work as an R.D. during that year and the summers between. This all depends on one class being a pre or co-requisite for another, so I’ll have to wait and see what happens.

At the advice of tfh, I did in fact go get a cup of hot tea before class 🙂 Funny thing was the coffee shop was so hot that I warmed up without it! But it was still tasty. I got some decaf Earl Gray and used a splash of whole milk for creaminess. 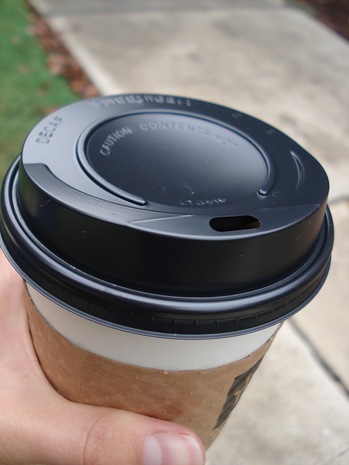 I came home and remembered the new box of Kashi GoLean Crunch we picked up at Costco this weekend. I have never bought the crunch version of GoLean because it was so much higher in calorie than the original, but I’ve been seeing it on blogs lately and had a craving for a super crunchy new cereal to change up my usual H2H and Fiber Worms, so decided I’d get it and treat it like granola – for a super crunchy topping to things rather than a measly cup for breakfast. It’s great!! But I think I ate too much, because my stomach is kind of having pains. Maybe too much fiber 🙁 I had about a half a cup in this bowl….and another half cup from the bag 😳 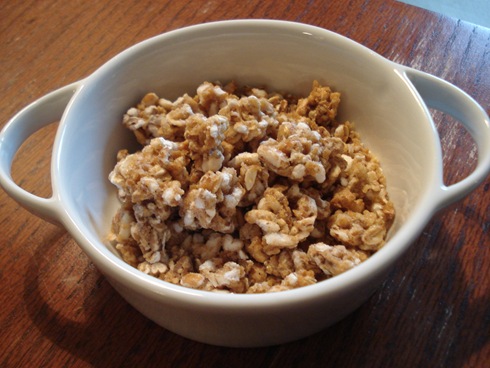 We made a superb dinner tonight!! Apple-Cheddar-Bacon Frittata and Maple Garlic Snap Peas. 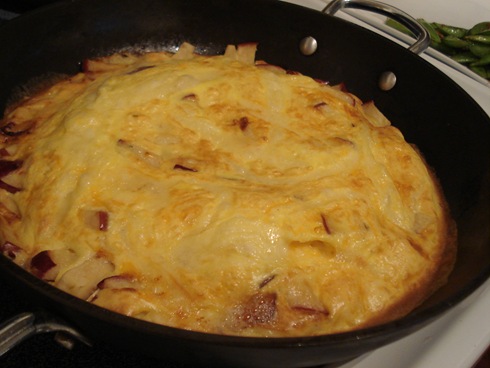 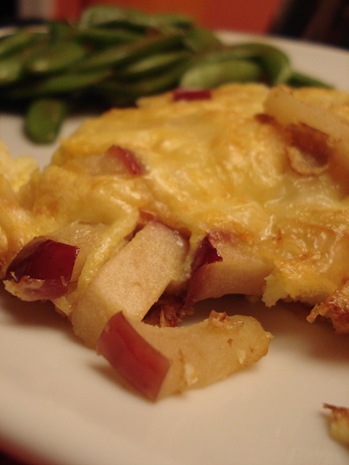 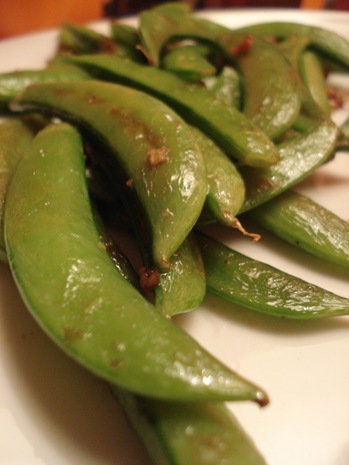 We were lazy and ate by the TV 😳 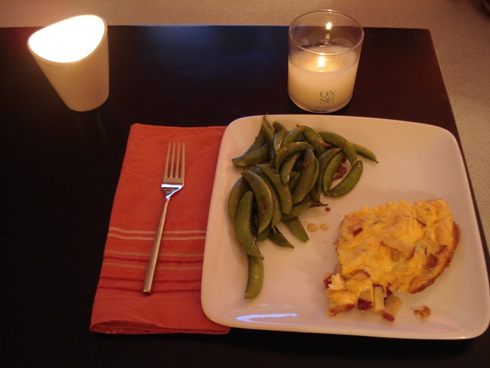 A PSA for smoothie fans and coffee lovers:

A little bird let me about a FREE SMOOTHIE morning at Smoothie King on THURSDAY in honor of their new line of coffee smoothies! Get ’em fast – it’s only from store opening until 10:30a.m. (FYI, you might want to make sure your location is participating before you show up).