It has warmed up to such a nice day out there! I was frozen before leaving for the gym and it’s not even winter yet and I had to implement the ole "put your clothes in the dryer" trick. It worked!

I biked to the gym, spent 35 on the elliptical, attempted weight lifting and realized I was running late, and hit the road. It felt GREAT to be working out again after a two day break. I had so much energy.

I planned my errands so I could grocery shop on my way home. I stopped into Harris Teeter for a bunch of produce.

Try teeter-tottering on a bike with a big spaghetti squash in tow!

And then try having your chain break and trying to bike without pedals.

Thankfully, it fixed itself, but it was a precarious situation there for a minute!

Once home I had to shower, get dressed, and then make lunch AND dinner since it’s my late night. I love the feeling of having a whole day’s worth of healthy meals and snacks already prepared. I just have to eat them and my day will be super healthy!

So for lunch I put together a quick spinach and rice salad with the leftover curry rice we have from last night’s dinner. 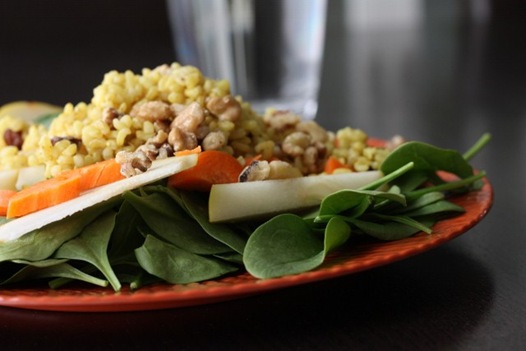 I added sliced pear, carrot and toasted walnuts as well. Some blue cheese would have rocked this salad! 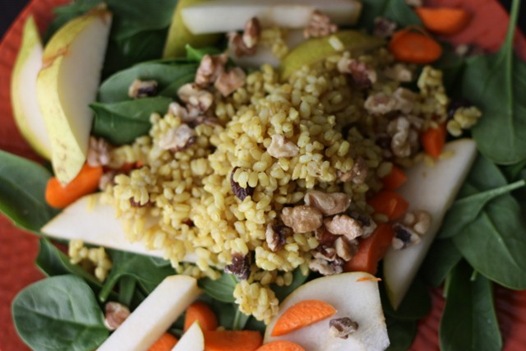 No dressing because I didn’t think any of them went with these flavors, so it was a little dry.  Next time I would make a jammy dressing, like my Roseberry! 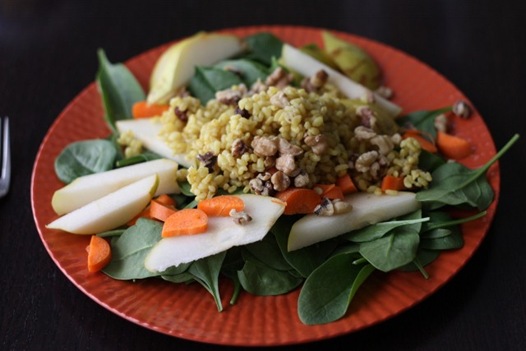 On the side: pumpkin pie!! 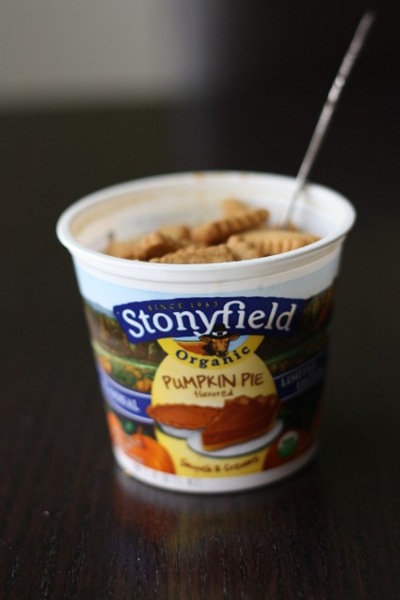 Topped with the last of my IKEA graham cookies ;( 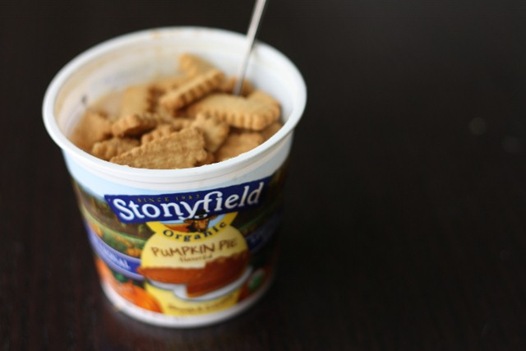 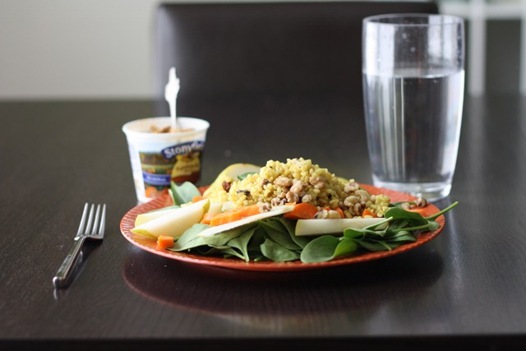 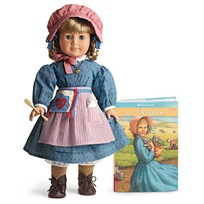 Did you know they discontinued Kirsten and Samantha? 🙁 I had both when I was little. Kirsten was my first and she was definitely the coolest!

American Girl Kirsten To Be Discontinued

I don’t even know what episode it is, but here’s some G-Cal love for ya!