You are here: Home / Lifestyle / All’s Well That Ends Well 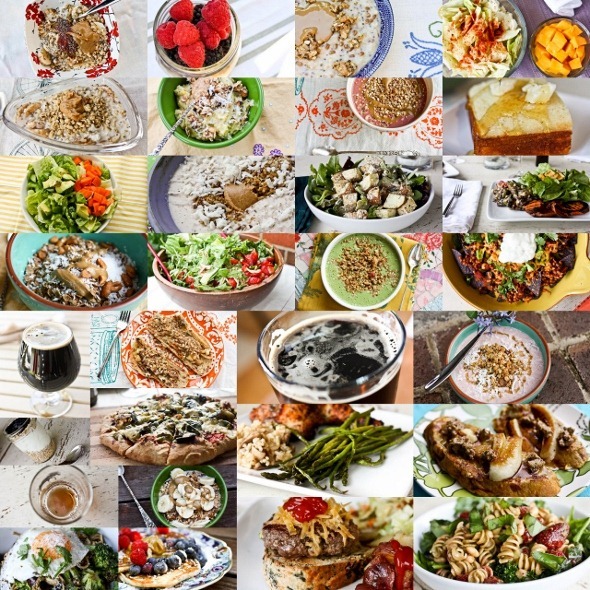 And this amazing process: 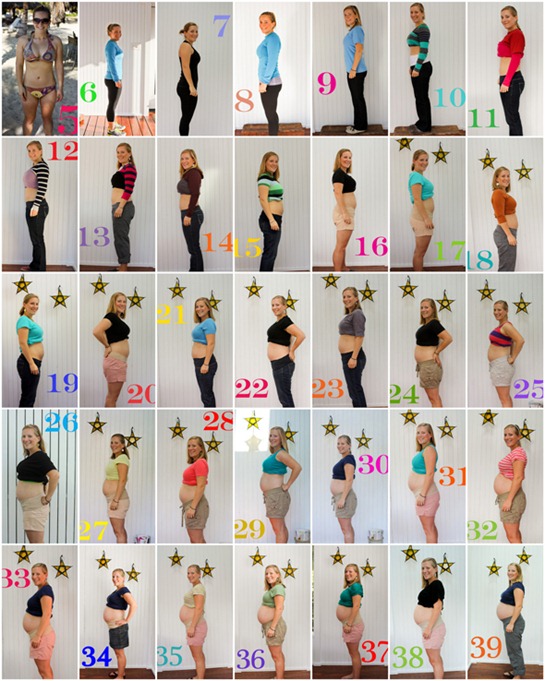 Plus this little joy: 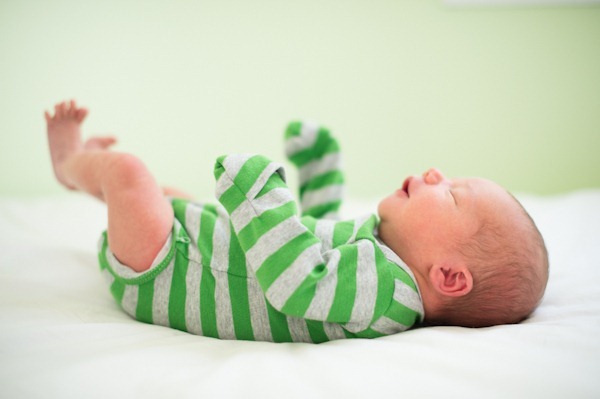 I imagine 2013 will be full of just as many changes. A year from now will we have a walking, talking little boy?

I started the day out with a nap after one of our toughest sleepless nights since M was as new as in the above photo.

But after a rejuvenating hour of slumber in the master bedroom, we were all up and hungry for breakfast 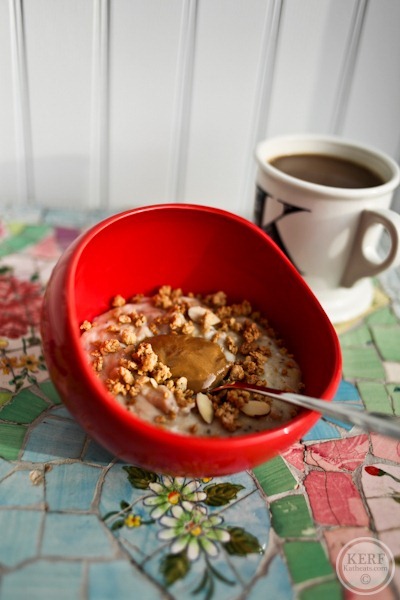 Whipped banana oatmeal with cottage cheese, granola and a pillow of sunflower butter 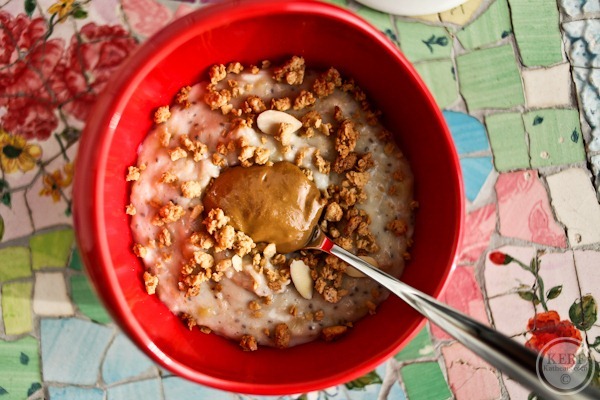 And two warm cups of coffee – 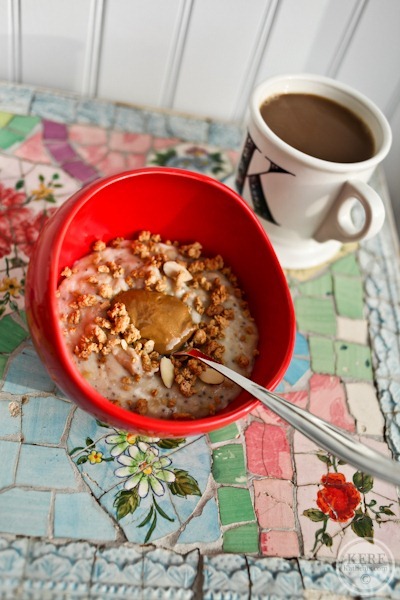 I got in a great 4 mile run, and we feasted on grilled cheese and salads for lunch 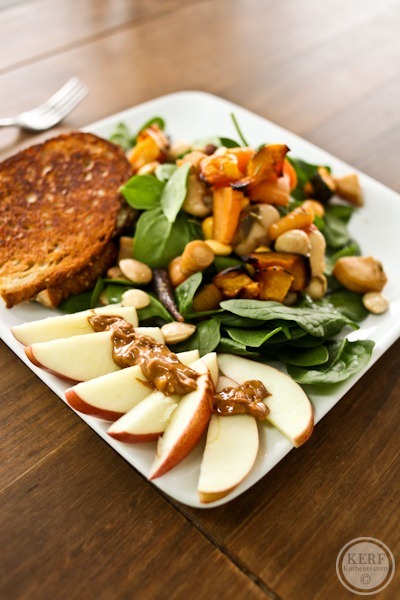 Matt and I returned from our trip with no bread in the house and no Great Harvest production to supply any!! Of course Matt could have made bread, but we decided to pick up a loaf of sourdough seed bread from Whole Foods for a change. It’s nice and crusty and so different from our usual soft, seedy whole grain Great Harvest bread. (And hilariously, Karen picked up the same loaf and brought us half only to discover we had already bought one!) 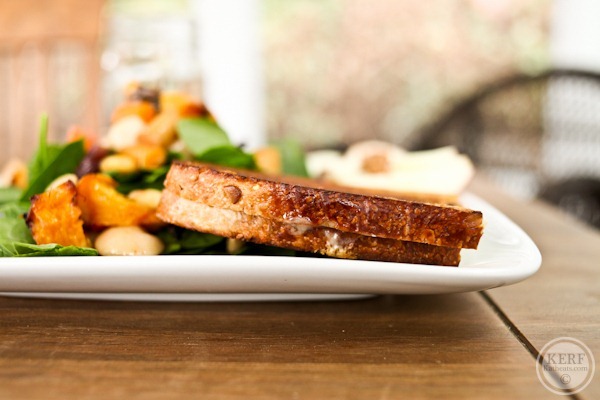 We also had salads with roasted veggies, Hugh Jass beans and marcona almonds 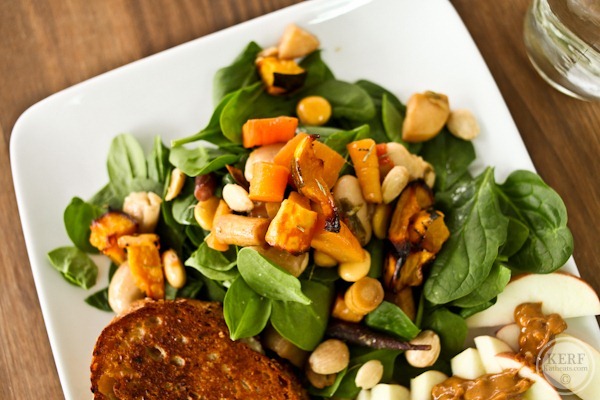 And sliced apple with peanut butter 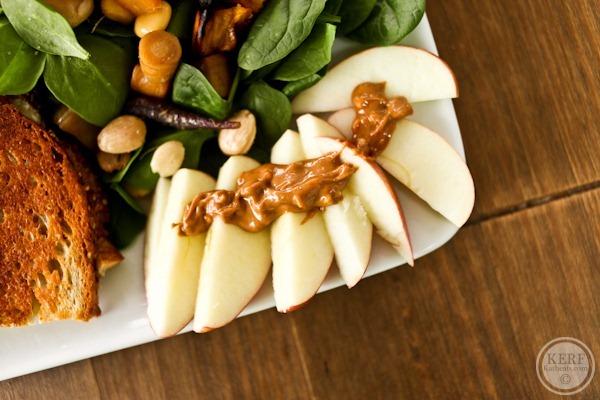 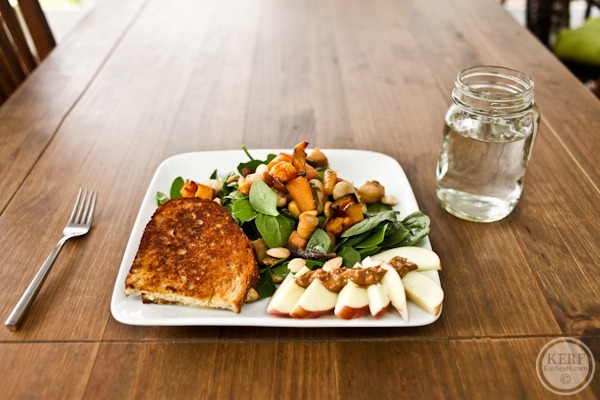 Maze was in a funk today. He just wasn’t happy and did not want to nap all day. We did a lot of baby wearing and tried to make him happy with toys and books 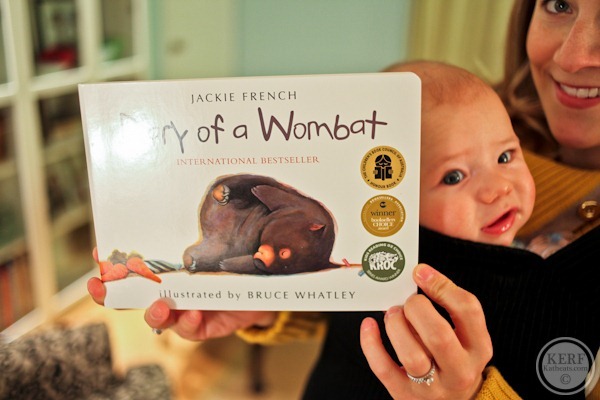 My cousin who lives in Tasmania sent us a set of Australian board books and this Diary of a Wombat was hilarious!!! Kind of like a wombat blog : ) I especially bonded with the wombat when she demanded rolled oats from the humans! 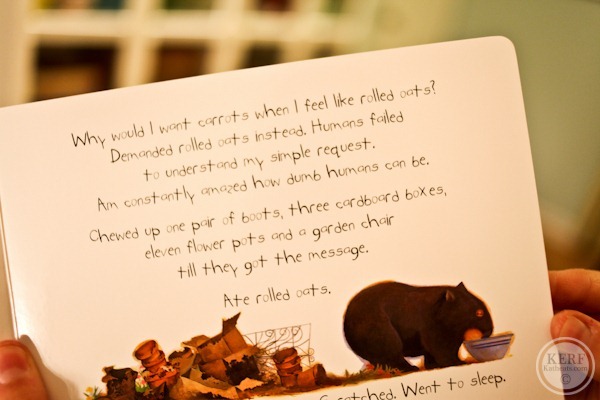 Maze and I took down the Christmas tree to prepare for our party. I’ve had this stork since I was a baby and it served as our angel this year for obvious reasons : ) 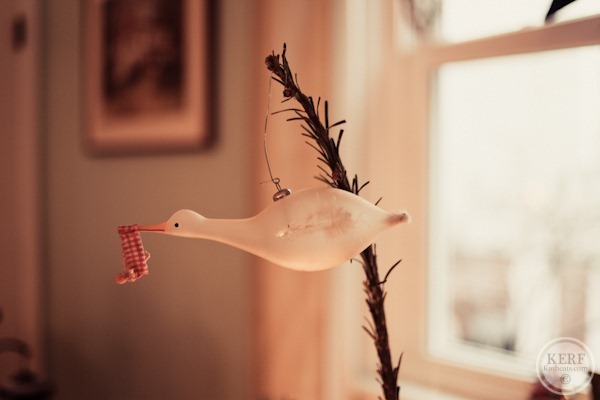 A few weeks ago I called my grandmother, who loves parties and entertaining, and told her we were hosting some friends for a Baby-Friendly New Year’s Eve party. Babies and pack and plays invited. We figured we probably weren’t going to leave the house, so to keep us from going to bed at 9pm, we invited some friends over to celebrate.

Gram told me I was bold!

But despite having my hands unpredictably extra full today, the party was a great success. I even managed to give my hair a curl! (Still have no idea when I’ll be able to paint my nails ever again…) 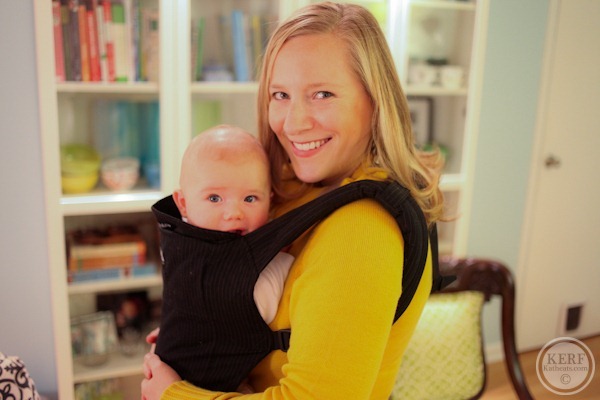 Champagne + Sushi was the theme 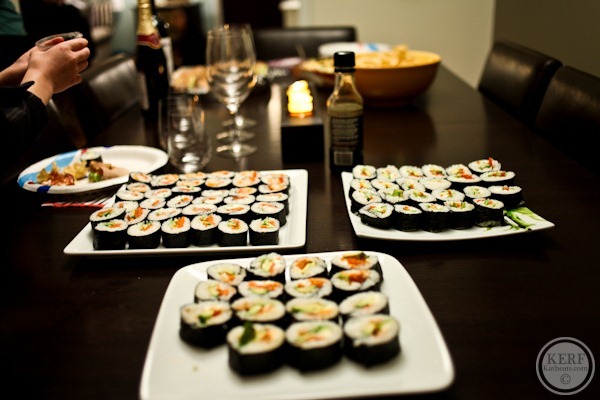 Matt made a few dozen homemade sushi rolls for the occasion using the same combinations when we made it a few weeks ago. I know it is totally possible to make sushi without a rice cooker or the SushiQuik kit, but these two tools have made sushi making fun for us by making the hardest parts easier. 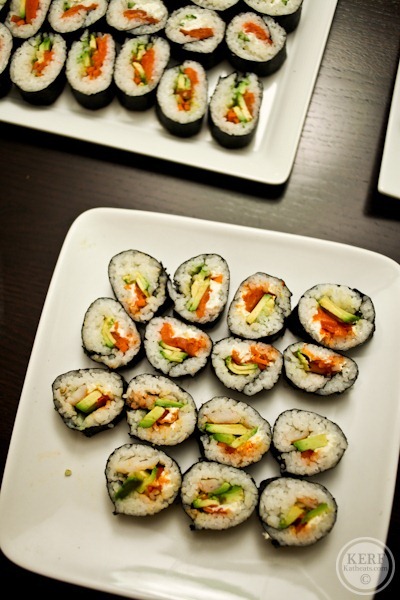 It was so good, and a few people asked us where we ordered it : ) 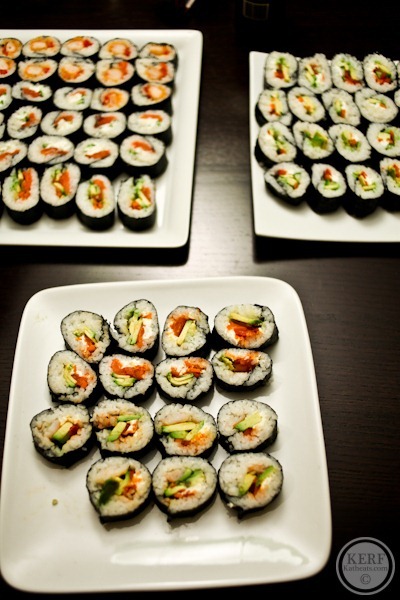 We kept the party casual and used paper plates and a potluck menu. 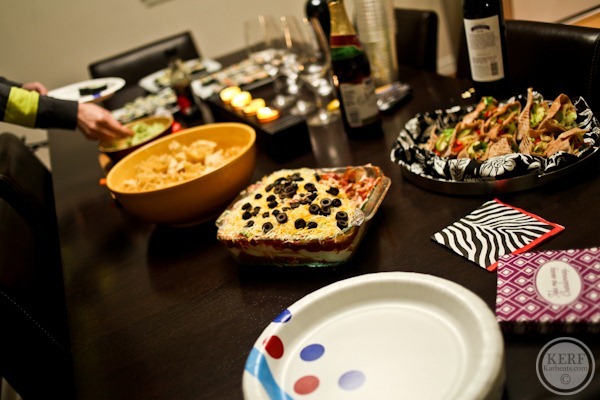 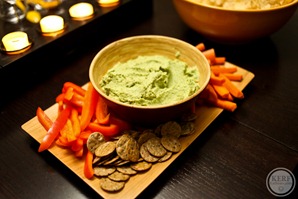 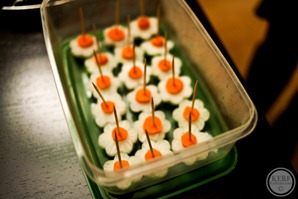 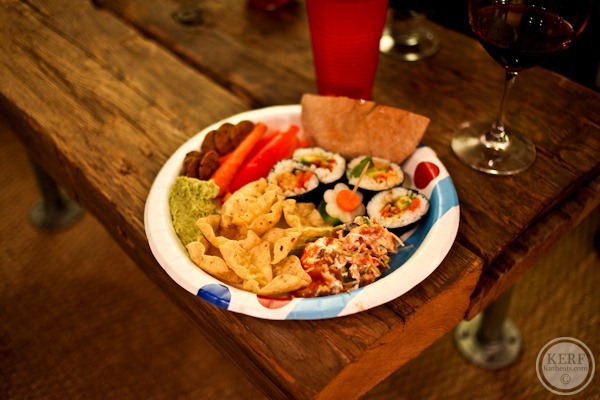 For dessert, we cut into Jen’s Tarheel pie (incredible as it was last time!) and I baked these molten chocolate cakes that Bonnie sent us for Christmas. 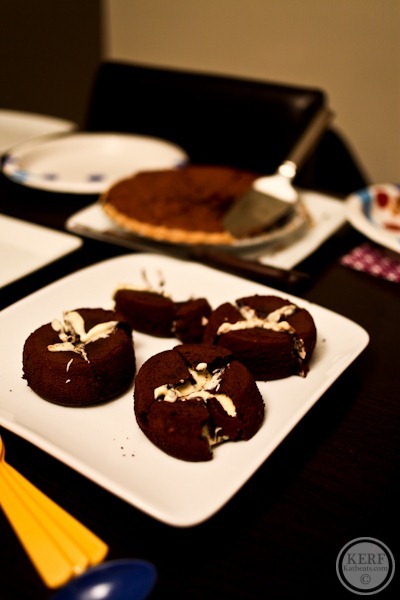 A-MAZEingly, M went down for bed at 8pm and barely made a peep all evening except for a 10pm feeding, and the hours until midnight flew by.

{Sparkling grape juice for a mama-to-be!} 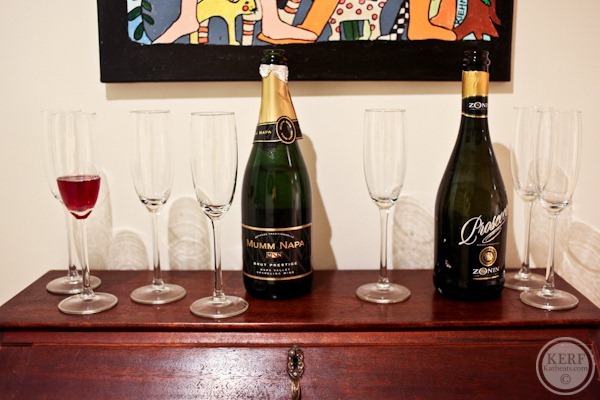 The four remaining couples rang in the new year with a glass of bubbly as the ball dropped, and then we crashed into our beds. 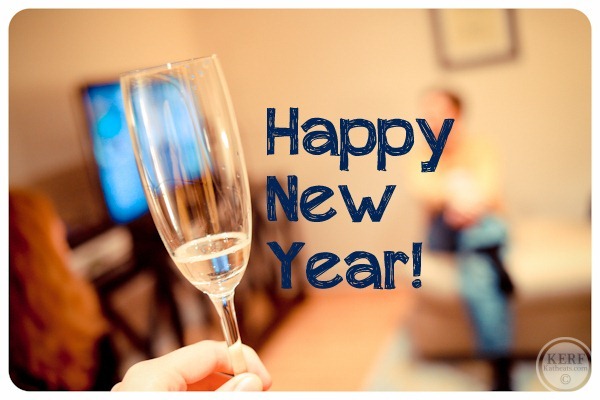