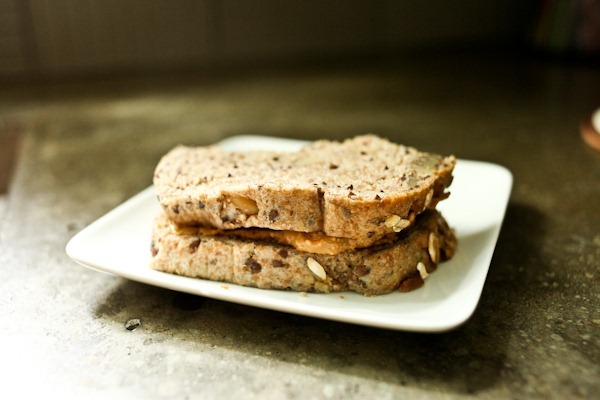 This afternoon I went to see Dr. Tate + Erica for a final chiropractic + massage appointment (one I wasn’t planning to schedule but did at the last minute!) Tate did acupuncture on me! This was the second time I’ve had it (my first was with Kristien in Charlotte.) For someone who is terrified of needles, I’m surprised that I am even an open to it. But my problem with shots is the size and distance the needle goes in plus the pressure of the medicine – these little guys are just on a hair on the surface in comparison. They feel like magnets to me! I enjoyed it. You can really feel the energy floooow.

Upstairs, Erica (the most amazing massage therapist ever who is moving away

this !
) then massaged all of my acupressure points (the same ones that Tate needled) in addition to an all-over amazing massage. I could have her squeeze the spot between my thumb and forefinger all.day.long.

No signs of labor yet, although I had a few crazy hard Braxton Hicks when I got up from the table : )

After my appointments, I went to visit Matt at the market. The sun was out after a terrible rain storm! 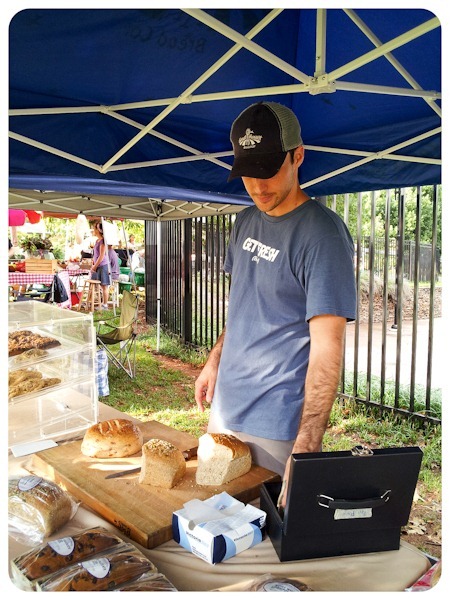 I’m usually at yoga on Tuesdays and Matt cooks, and he’s at the market late on Wednesdays so I was in charge of dinner. 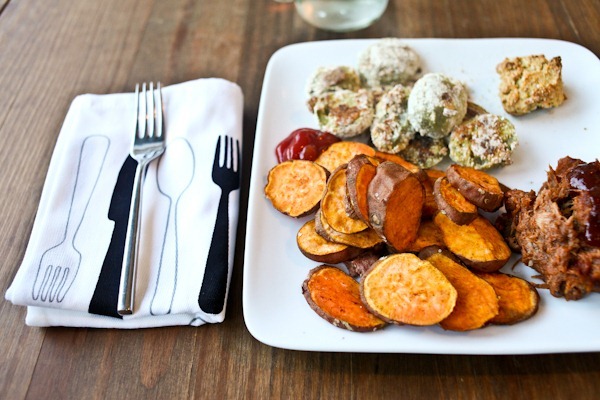 I had planned on a baked dinner with baked beans on the side, but I got the idea to bring home some BBQ while I was at the market. All summer I’ve been saying we should walk down for BBQ sandwiches on Wednesday night, and I was excited to see that they had containers for sale that I could take home. [We have a verrrrry loose meal plan this week because I assume we might be eating hospital food for dinner every night!] 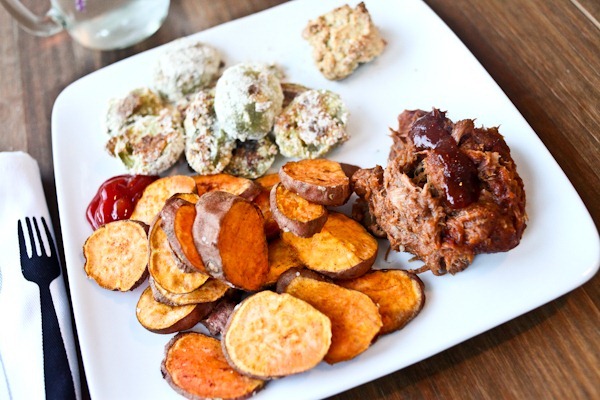 I put a bunch of sweet potato discs in the oven [3 small taters, coated in olive oil, salt, cinnamon and cayenne and roasted at 400* on a wire rack over a baking sheet for 40 minutes] Matt ended up eating about 1/3 of mine because I got pretty full. 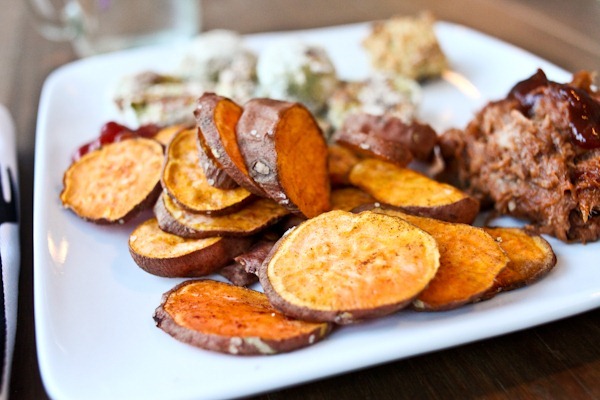 And also made another batch of fried green tomatoes! [Coated in flour + cornmeal + egg + cajun seasoning and baked for about 30 minutes, flipped halfway through] 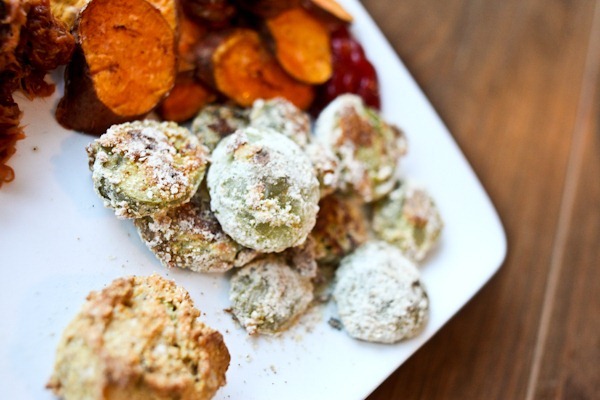 I combined the extra dipping cornmeal and the egg into a little hushpuppy ball that baked alongside the tomatoes! 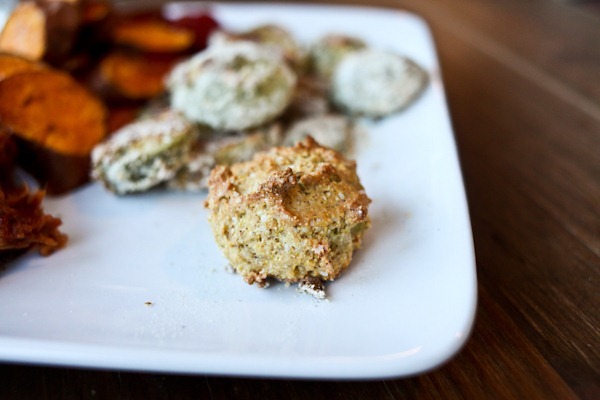 Lastly, the BBQ was heated on the stovetop with lots of sauce 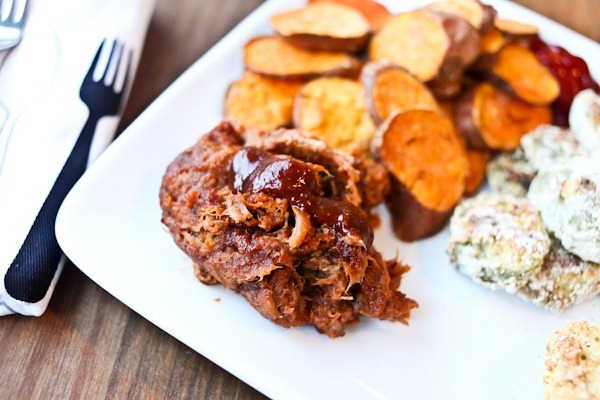 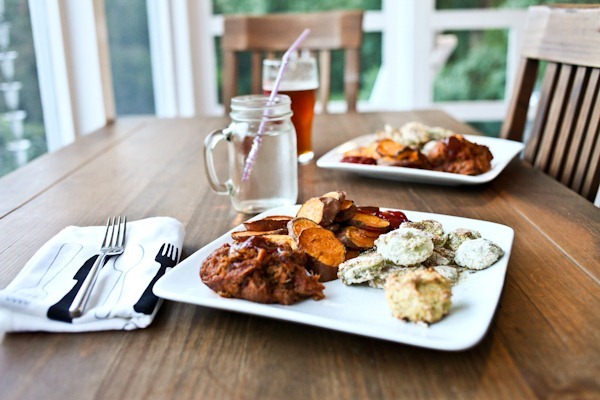 Karen thinks that sugar will put me into labor, so she brought over some chocolate cake from Hot Cakes. The three of us dove in with forks, but I couldn’t fit much because I was full of BBQ and tomatoes! 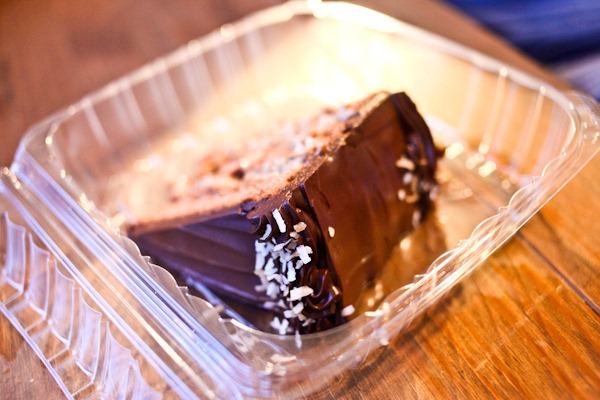 Maybe tonight will be the night!?

One thing is exciting for sure: So You Think You Can Dance is on!