You are here: Home / Lifestyle / A Vintage Tasting

Class was in and out today – easy peasy. We just went over our exams from last week. I scored a 97 and only missed one!!

Since we got out of class early, Lauri and I decided to do our run before gardening rather than after. Good call!

We set out down the gravel road at a swift pace intending to run about 4.5 miles, but about a mile in the gravel turned to a wooded path of roots and rocks and we had to slow to about a 12 minute mile to keep from slipping or twisting our ankles! We did a lot of walking and jogging and eventually finished a rugged 3.5 miles in about 45 minutes. We were quite tired and my legs were nearly shaking from the terrain change! Next time we’ll stick to the bigger paths 🙂

After our run I had a snack – strawberries and an Amazing Grass bar. 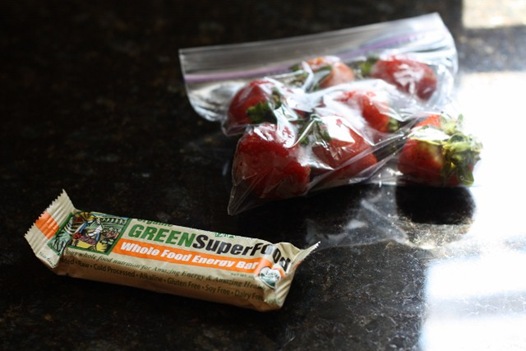 I think I have finally acquired the taste for grass. I have been avoiding this bar because it just didn’t sound all that appealing, but since beginning Operation Bar Stash Reduction I packed it. I was more than pleasantly surprised! It was flavorful and had lots of fun ingredients in the form of nuts and seeds. [Green SuperFood ingredient list] Lauri said it tasted like a compost pile, but it was her first wheatgrass taste 😉

After snack we did 2 hours of fun gardening at the Plant A Row For The Hungry. I wish I had brought my camera because we picked some beautiful bell peppers, planted turnips and carrots and cleared out a few rows of old green beans. I’m really enjoying this endeavor!

I was home by 6:30 and greeted by a husband who was leaping with excitement to do a pumpkin beer tasting. I normally don’t like to drink during the week, especially wedged between two festive weekends, but I made an exception considering how excited he was <3 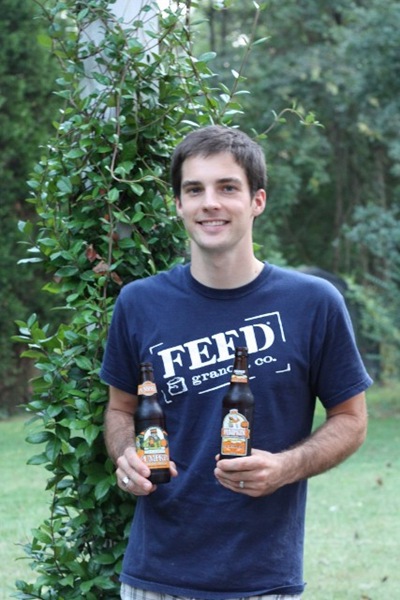 He had gotten the 2009 Cottonwood Pumpkin Ale to compare with my 2008 vintage version. (Yes, I’ve had that in my fridge for a YEAR. I like to savor them year-round and it’s a special event when I open one so I had one left from my 6-pack) 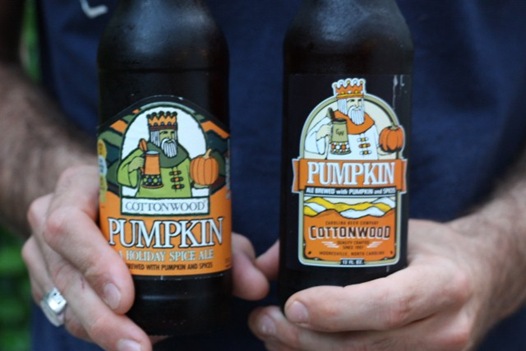 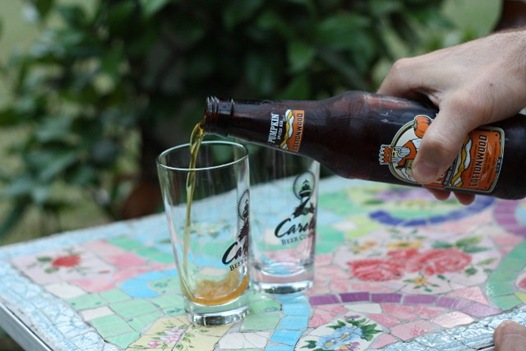 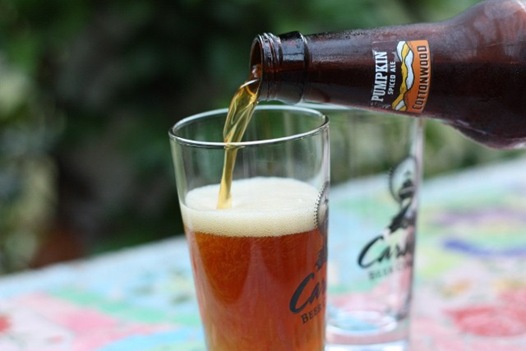 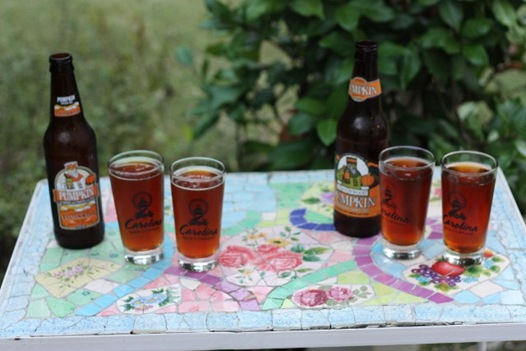 Which one was best!? 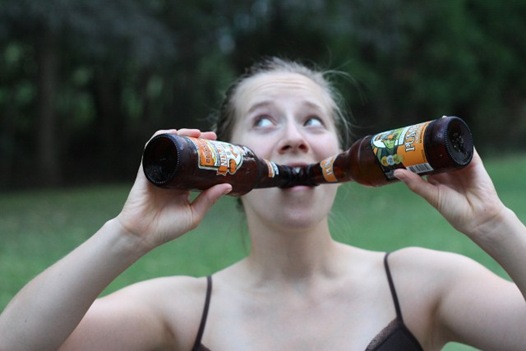 It was really a tie! They were definitely different, but I couldn’t pick out a favorite. The good news is that the old one didn’t taste old! 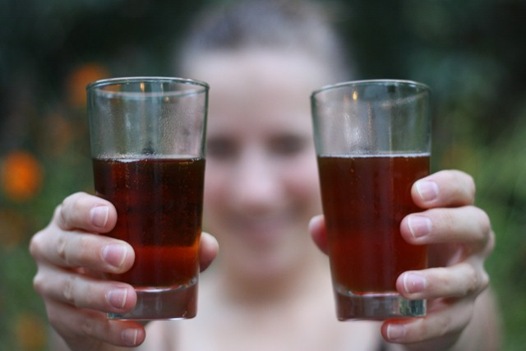 Back to the kitchen we came up with a meal on a whim. Since I was gone this weekend I told Matt to pick up some groceries, which means we have absolutely no meal plan for this week. 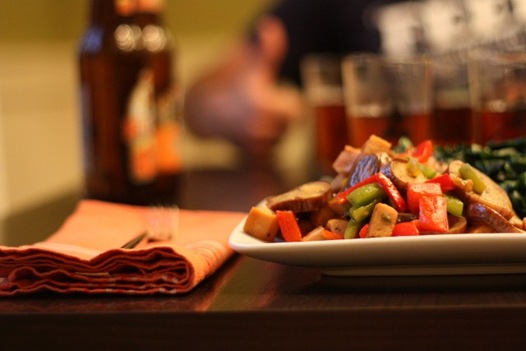 We ended up stir-frying 4 baby eggplants in a skillet with bell peppers and 2 Applegate Farms Fire Roasted Chicken sausages. 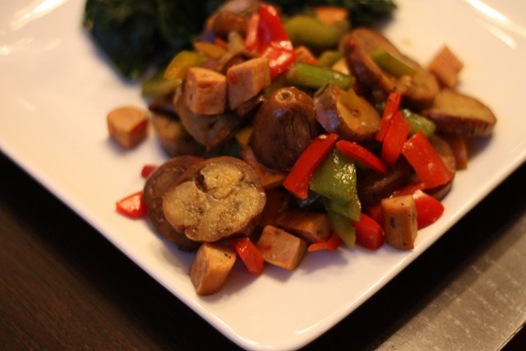 And drizzling on some of this Apple Cinnamon BBQ sauce that was leftover from our Great Harvest party. It came from EarthFare! 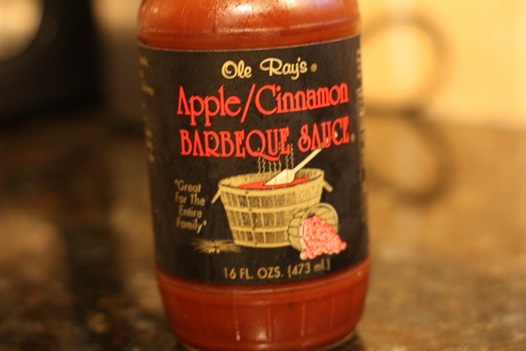 On the side we sauteed some collard greens in garlic, salt, and red pepper flakes and finished with a dash of maple syrup. 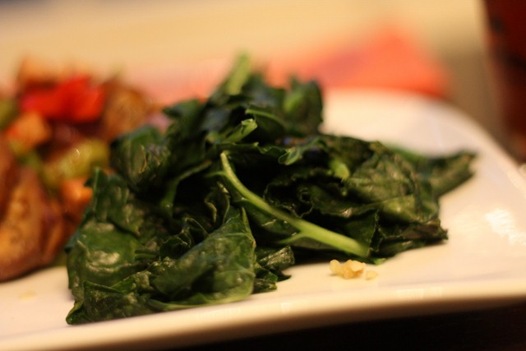 When I saw the size of my portion that Matt piled on I thought there was no way I’d eat it all, but sure enough, it was delicious and was the perfect portion. 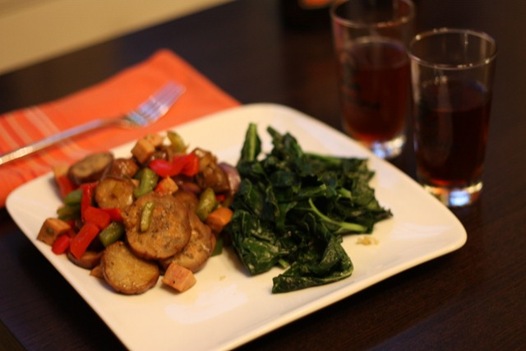 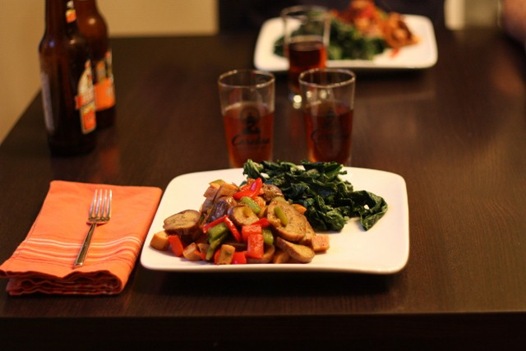 After dinner I took a bite out of this Scharffen Berger block of extra dark chocolate. SO GOOD. And we watched The Office! 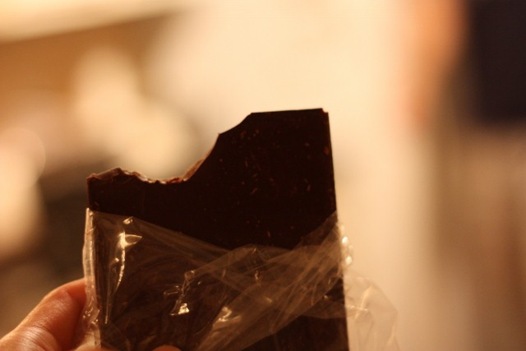 I think I’m going to save Gossip Girl for the AM since I’m tired and have a few things left to do tonight. It will get me out of bed quickly tomorrow!!