You are here: Home / Weekend / You Win Some, You Lose Some 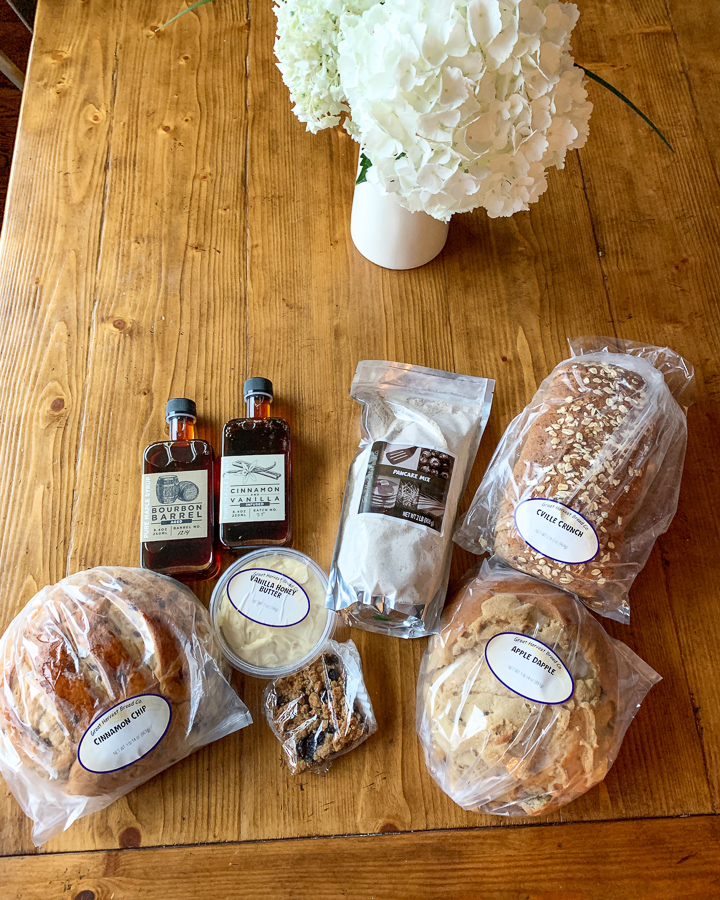 We had a sport heavy weekend, and need all the bread to fuel up!! I paid a visit to Great Harvest Cville to stock up on some favorites. It had been a while since I had been to the store! We stocked up on The Best Pancake Mix, Cinnamon Chip and Apple Dapple (used to be Apple Scrapple!)(also we froze half of the sweet breads), Cville Crunch, Savannah Bar, honey butter, and two maple syrups from Old State Farms – bourbon barrel and cinnamon vanilla. OMG – they are so good! 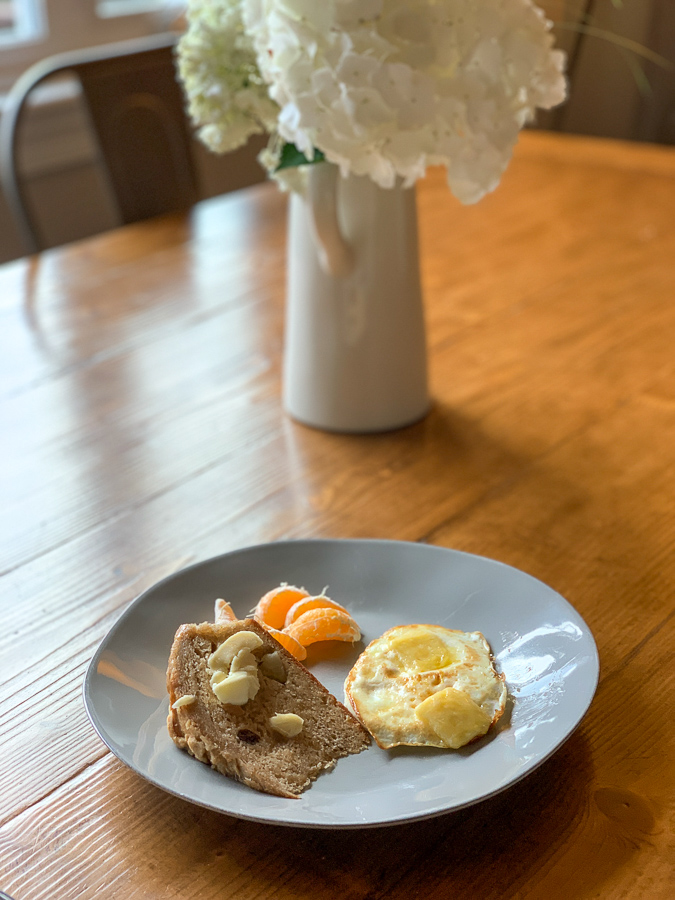 On Friday night Thomas and the boys had a bro night while I went to ACAC for an evening workout + social. We ordered Belmont Pizza, and I had a slice for half a dinner before I left. The Rialo is the BEST with sausage, apple, and balsamic drizzle. 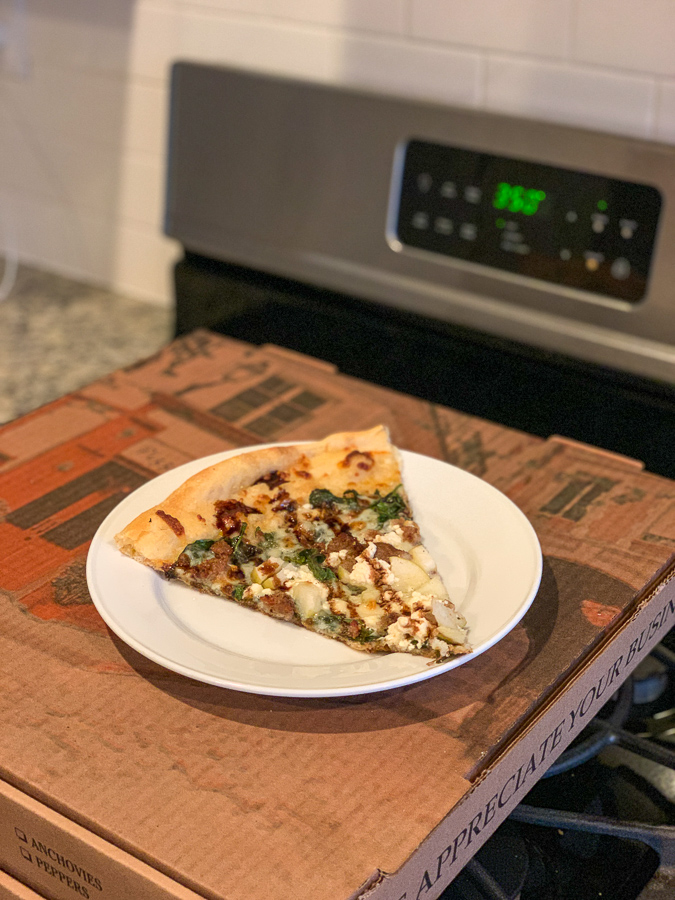 The workout was awesome. Matt (yes that Matt), who now teaches at ACAC, and his girlfriend, Katie, who is a trainer and group ex pro, led a Couples Class for the group. I showed up thinking: “I’ll just get a spot in the back and take it easy while I socialize” and Matt and Katie showed up thinking: “This is going to be the hardest workout they’ve had all week!” It was great, and my abs are still sore from all the planking! 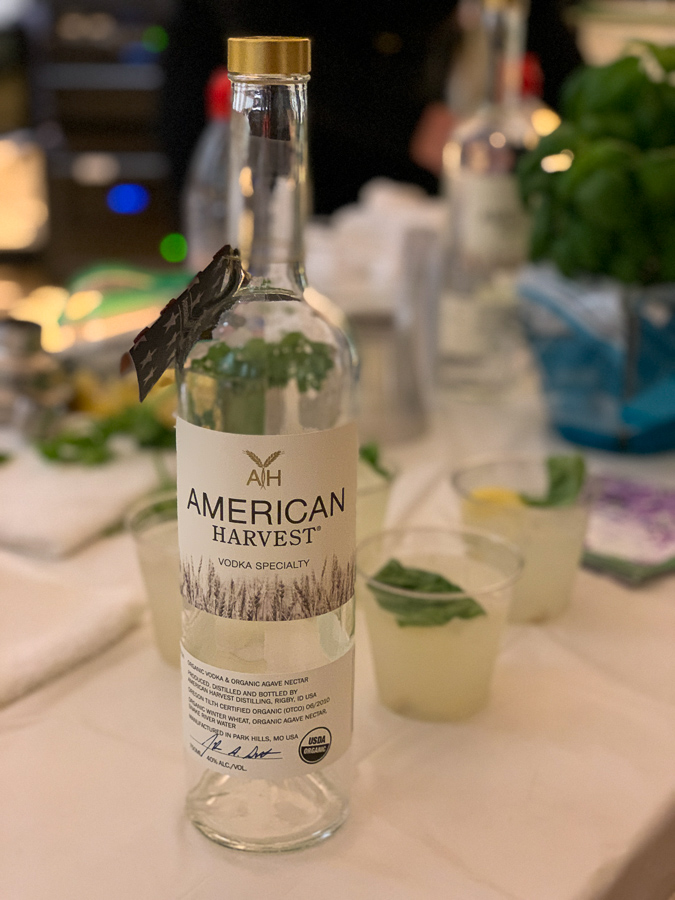 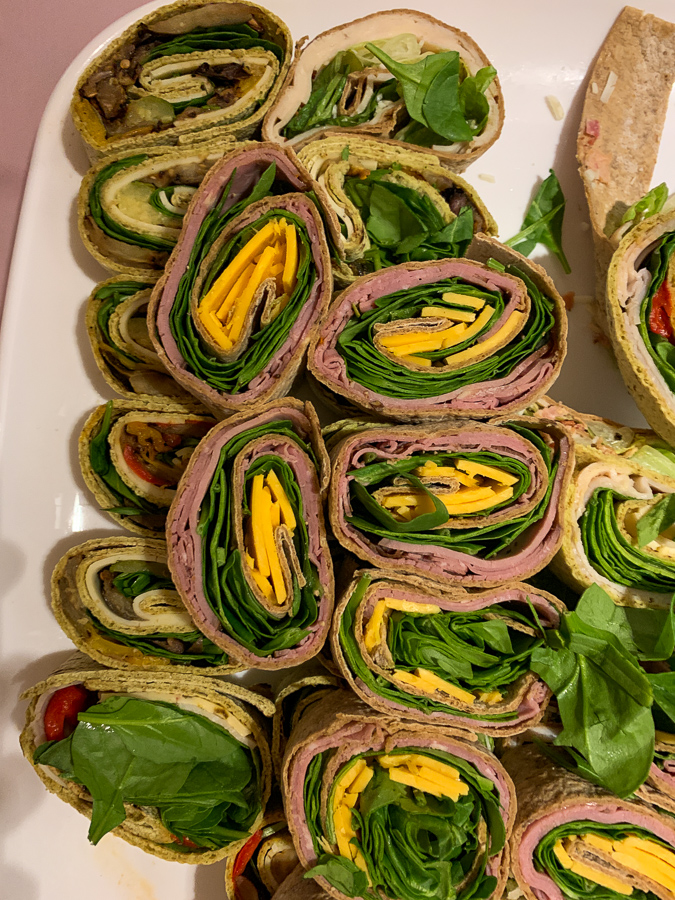 On Saturday morning, we ate more bread! This time special French toast with the bourbon syrup, as promised. So good! 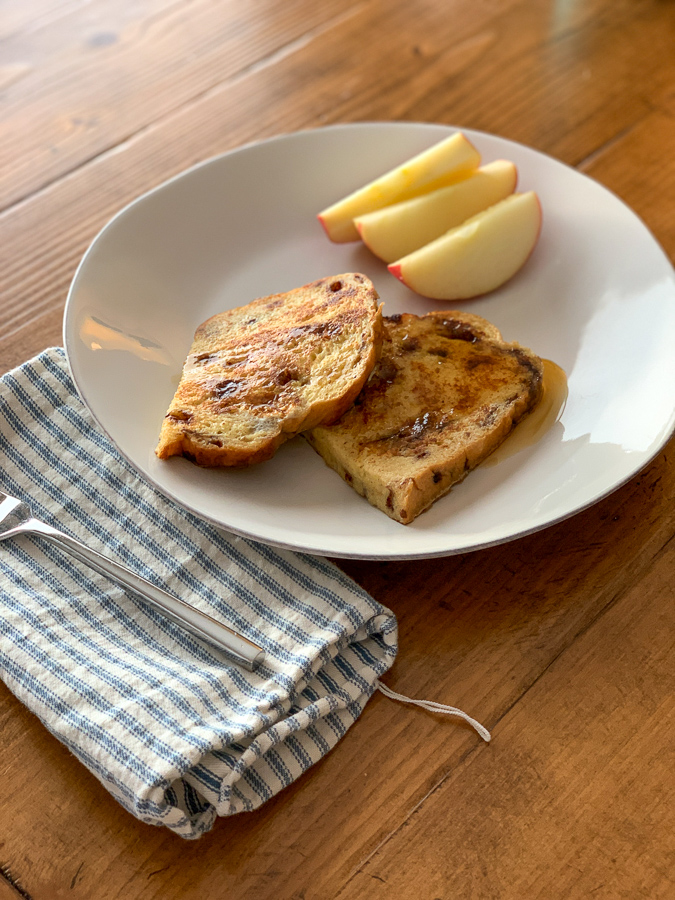 Poor little Mazen came into our room at 6 am complaining of a headache, and I knew immediately that he had a fever. Luckily it was only 100.5, so not super high, but high enough to cancel all plans for the day, which included not one but TWO birthday parties 🙁 Also, my parents were supposed to come up on Saturday, but my mom came down with some sickness cold and they had to cancel as well. We had so many plans for the weekend and ended up just staying home all day.

Despite his fever, Mazen was near 100% on Advil and so instead of staying in bed resting all day he wanted to play, play, play. Doesn’t seem too sick to me! 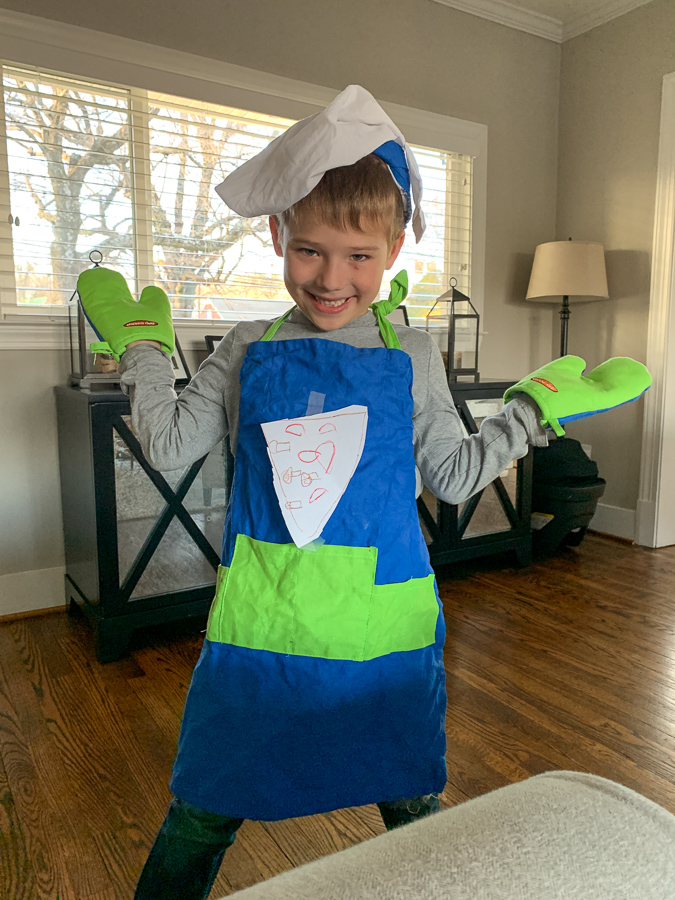 Thomas brought us Roots for lunch after a visit to the gym, and I otherwise didn’t leave the house all day. 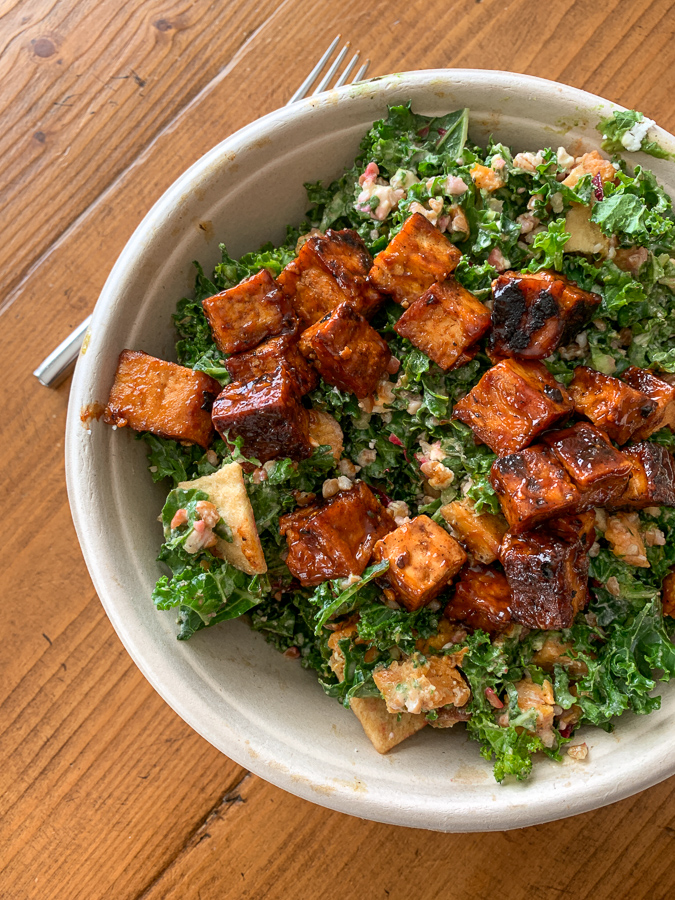 Originally my parents were going to babysit so Thomas and I could go to the Duke/UVA game together. We’ve been talking about the game for months! But alas our sitters were busy, and then when Mazen got sick I knew I would want to stay home with him. So Thomas took a very lucky friend in my place, and Mazen and I watched the game together. As many of you know, I grew up a big Duke fan, and Thomas was horrified when he discovered this upon meeting me. He has since converted Mazen (Mazen Duke) to a Hoos fan, and so we had a lot of family fun getting ready for the game.

This was the uniform I had planned to wear (because you know I wouldn’t dare wear a Duke shirt into JPJ!) 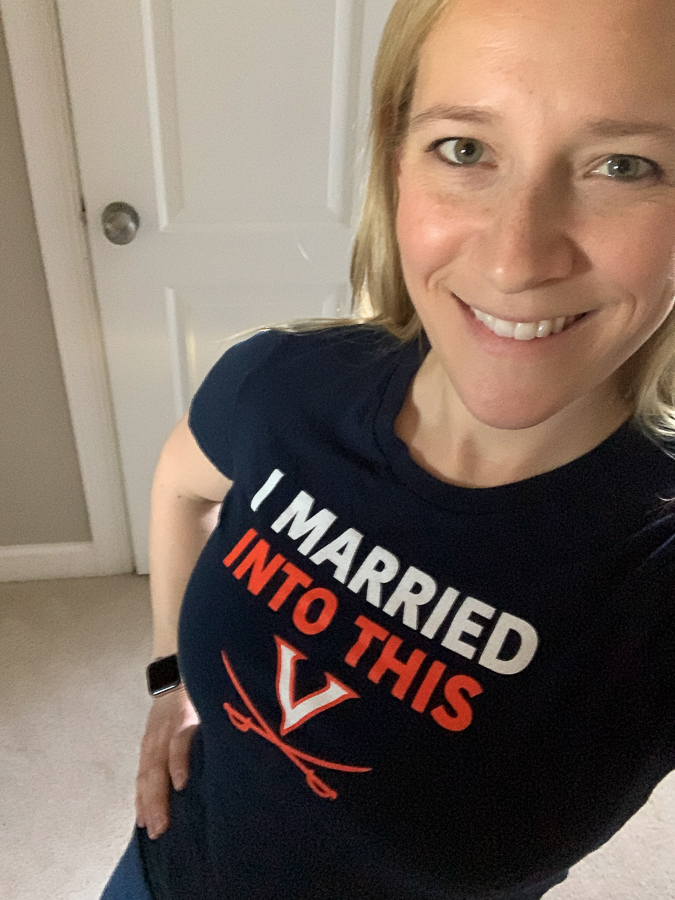 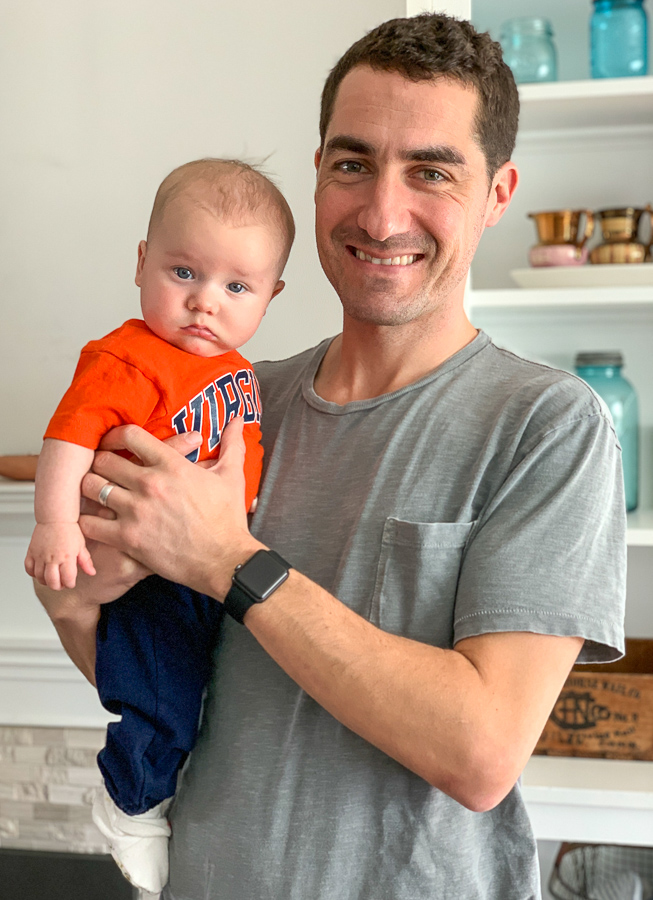 And then I changed him as soon as Thomas left! Look at that Blue Devil smile : ) 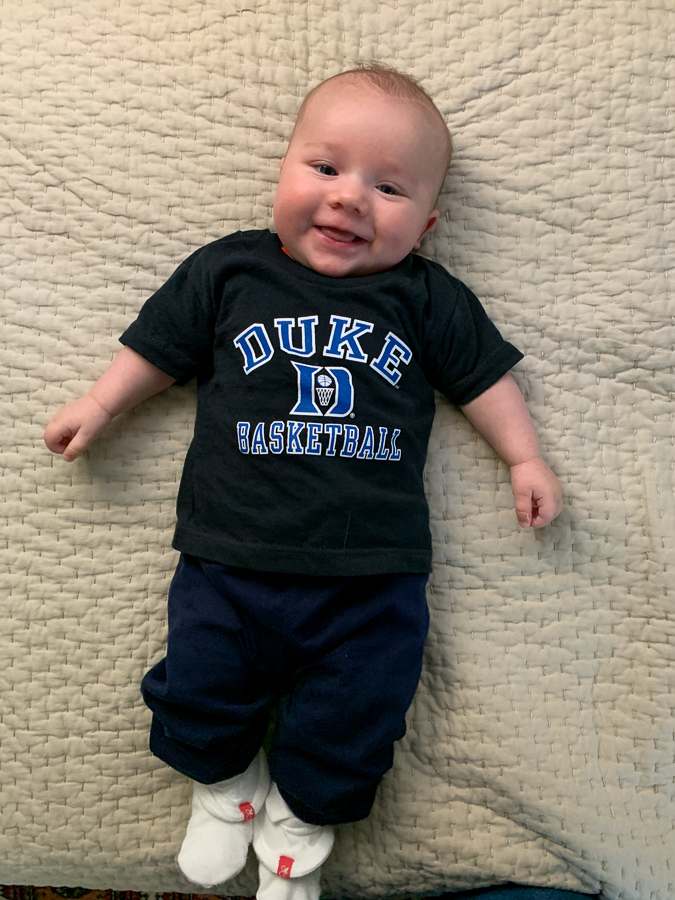 We ate leftover pizza for dinner and watched the whole game together. So happy with the Duke win! 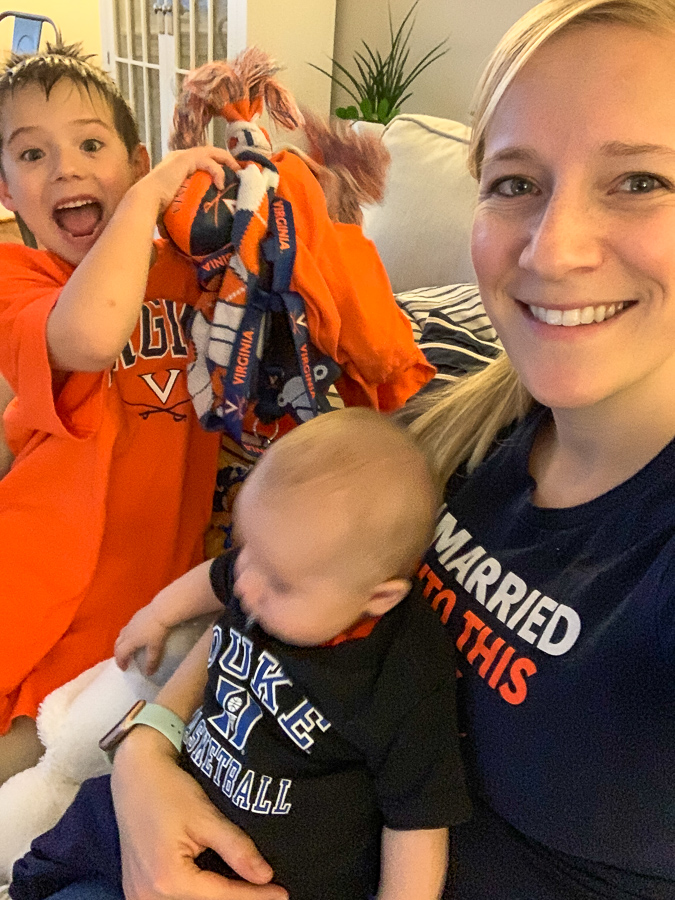 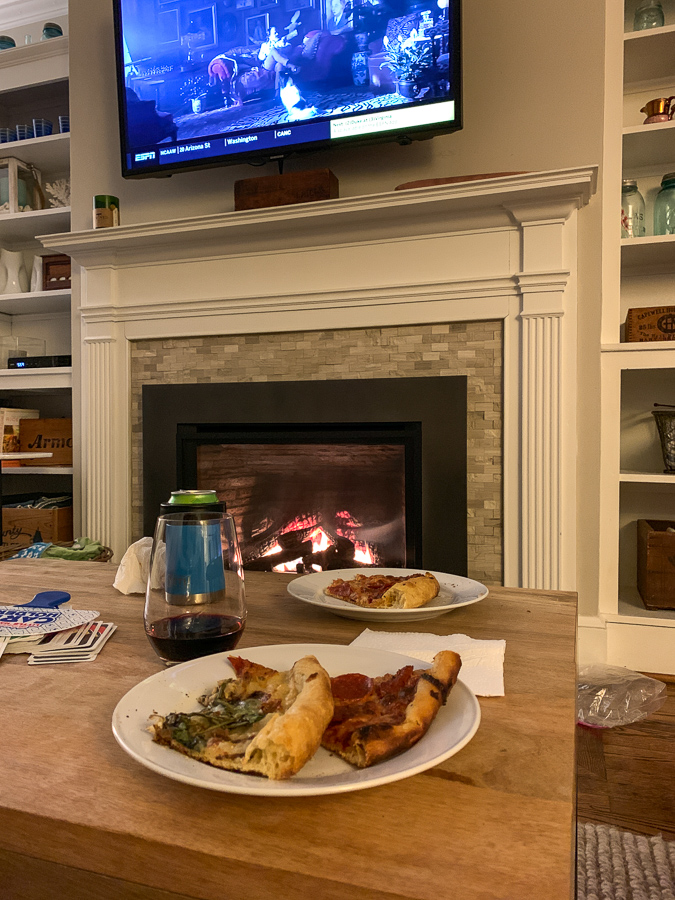 (Note he switched back to his Virginia shirt 😉 ) 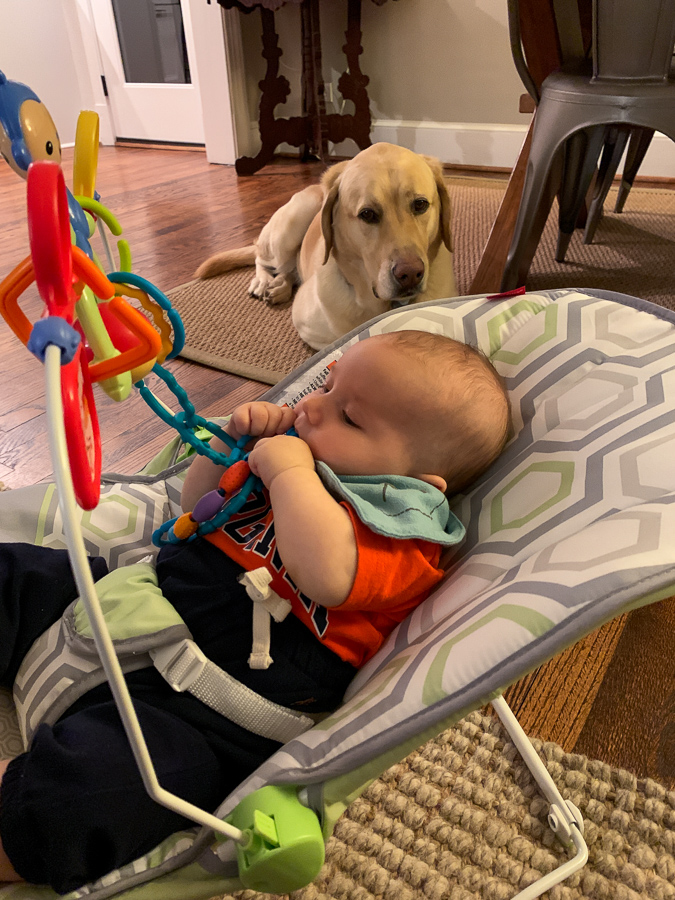 On Sunday morning we had Great Harvest pancakes! 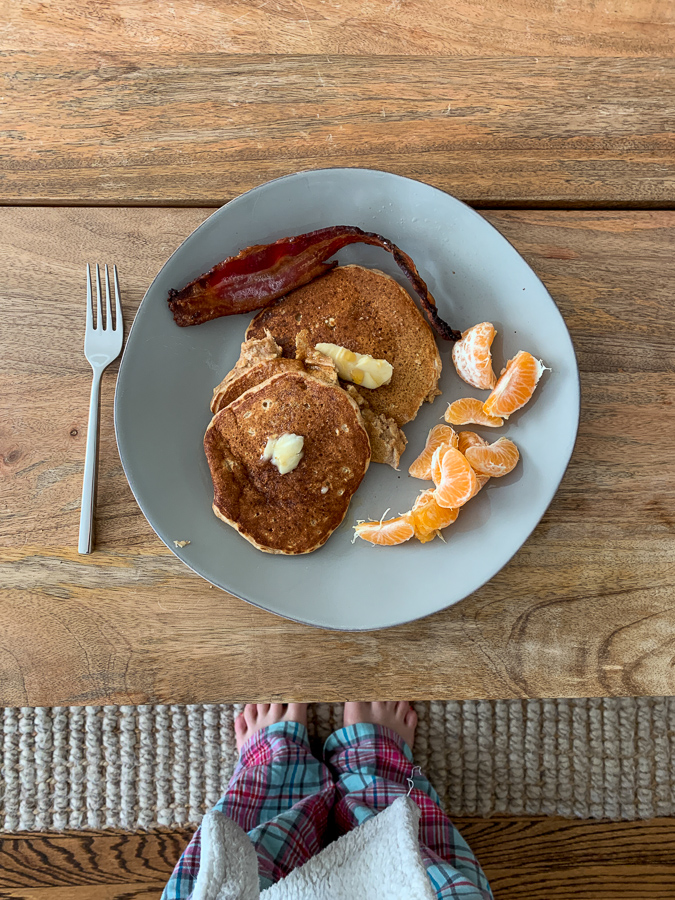 I finally got out of the house to a noon cycle class. 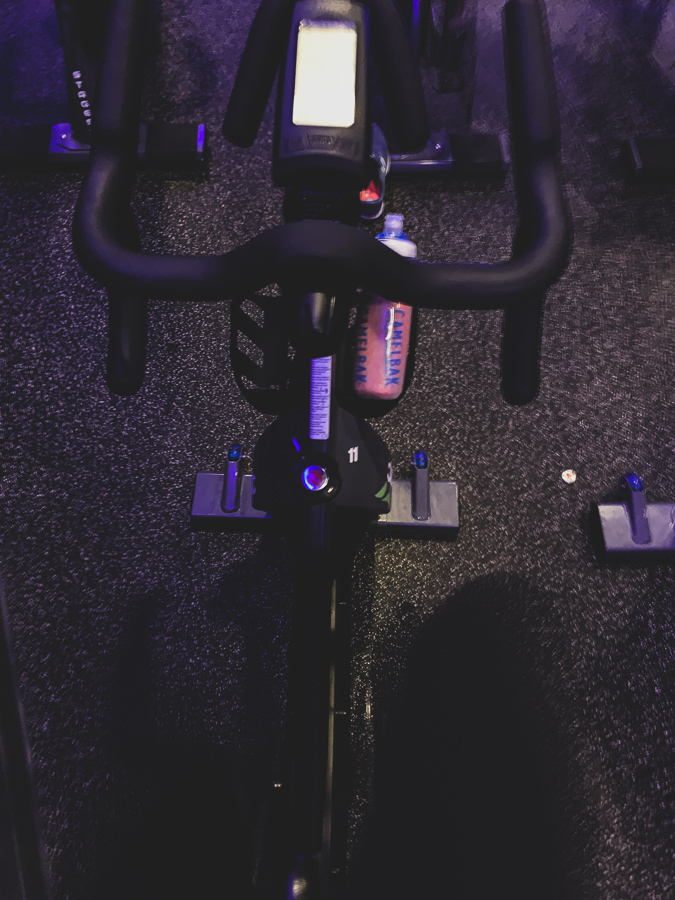 And that’s the end of that chapter!