I finished my conclusion right at 6:30 when the pizza was emerging from the oven….. 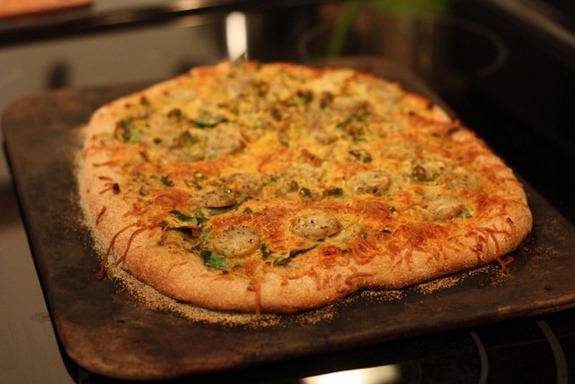 I had filled up on yogurt + persimmon + Mix My Granola at 4:00 so I wasn’t terribly hungry again. See those candy corn – I saved ’em just for my next bowl! They are embedded through the granola – sparingly of course – and are quite delicious. The Mix My Granola team wants you all to know that you can get 10% off a purchase with the KATHEATS coupon code 😉 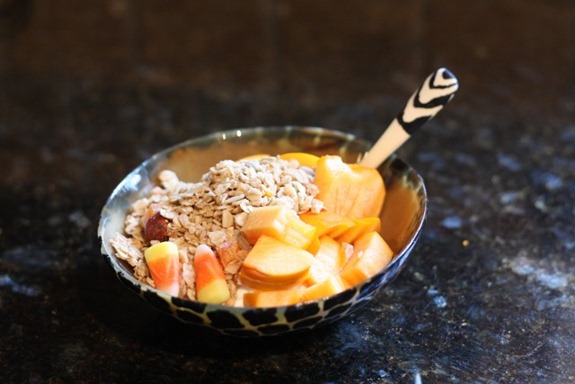 Per usual, I ended my paper with a little celebratory Tusker!! 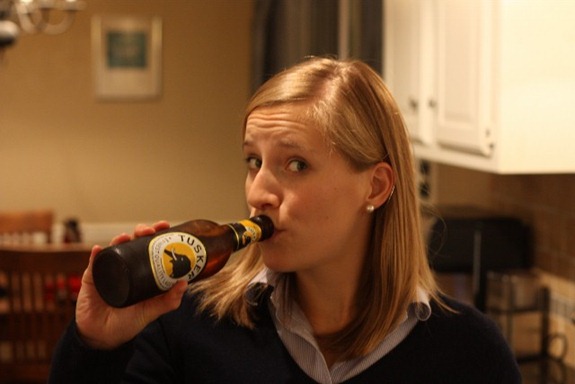 Mmm! I was nice, though, and gave half to Matt. 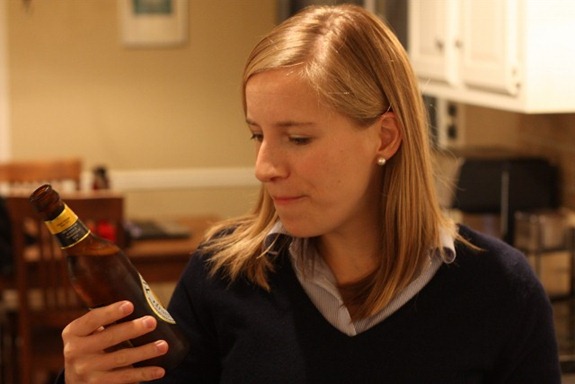 Tusker the Kenyan Elephant got a sip too! 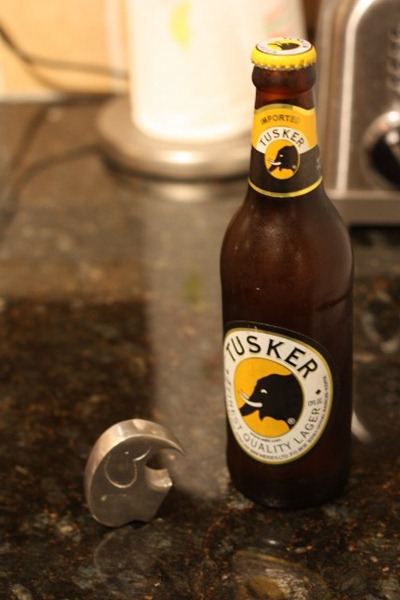 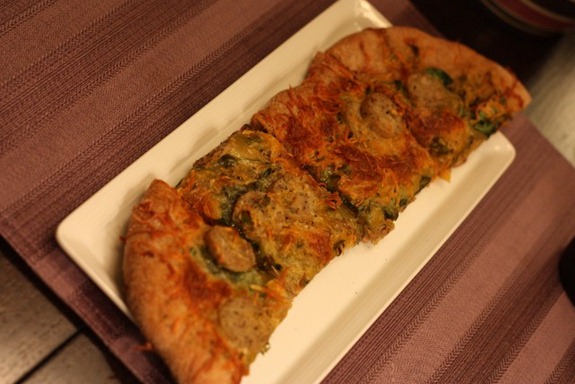 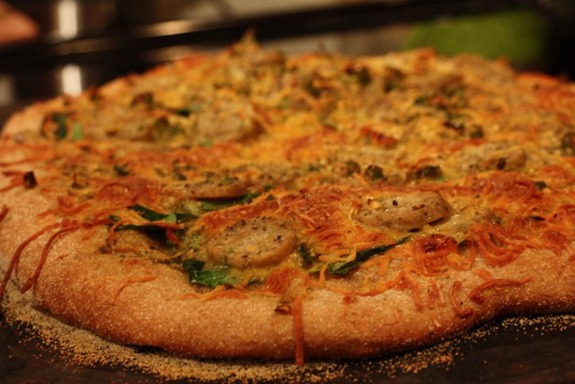 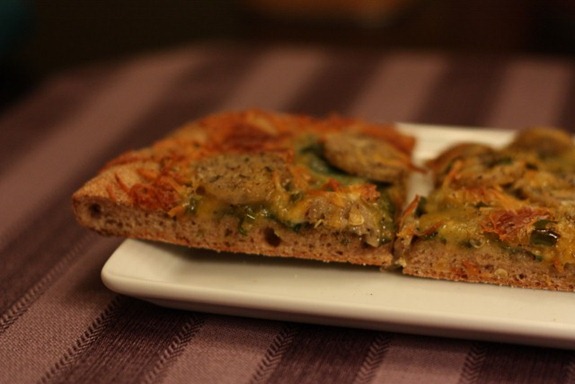 Yes crust. Matt’s whole wheat pizza crust to be specific. However, it wasn’t as good tonight and we I think it was because he had some ww flour in the freezer and topped off the canister and I think I could taste the FREEZER BURN!! Sometimes I hate my taste buds… 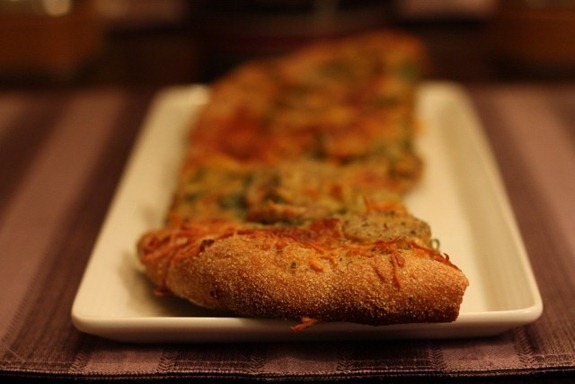 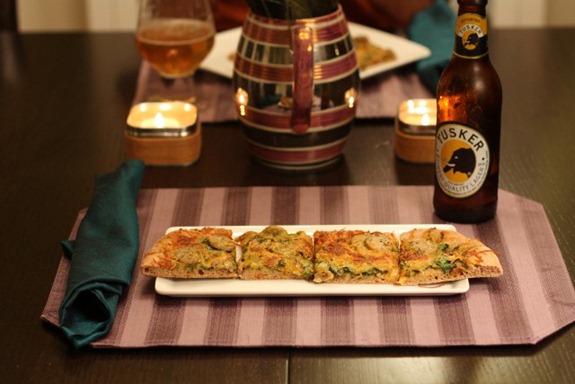 For dessert I am having tea with agave. Love sweetening my tea a little after dinner 🙂 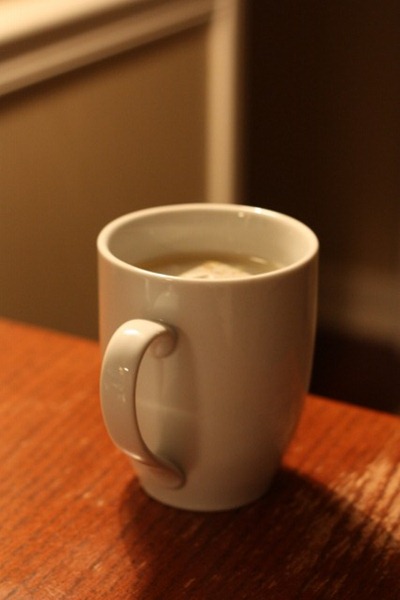 I heard from Honest Foods today about the staleish plank from this morning – and am so relieved to hear that my bars were probably a FLUKE!!!

Unfortunately, we have a new manufacturer for both our product lines, and it has taken more time than we would like to get the kinks out. Some of the product has been marvelous, fresh-tasting and everything we desired…and some product from the exact same batch has been what you described in your latest blog. Suffice it to say, we are on the case with our food developer investigating the problem (we think it was insufficient mixing). What I can assure you of is that fortunately the problem does not reside in the formula itself – it has remained the same, we have just made the Planks slightly smaller to keep the portion sizes down.

So I am officially done with all official assignments for the semester except:

But since I was on the ball this week with 5 days straight of research + writing [and a few dance parties], I have the whole week of Thanksgiving to PLAY before my last few classes and final exam week. And by play I really mean organize and clean!

I just realized I have to go to BED now because I am meeting Emily suuuuuper early at Y2Yoga for a class and short run!!