Cardio funk was so fun!! I got to the gym a little early to warm up on the Stepmill and did about 20 minutes before class started. I walked into the gym to find it PACKED with people – all kinds of people too! Hip hop girls, old ladies, lots of young professionals and a few men! But seriously, there were probably close to 100 people there. All of a sudden the music just started and everyone started doing this latin kind of dance move and I just had to join in and catch on. I’m so glad y’all weren’t there watching me!! People were breaking it down!! It was one of those times when I felt stupid until I realized that everyone else was doing it and no one was looking at me. Throughout the class the music kept changing to a new song and we had about 3-4 moves per song that we just repeated until the next one. Some funk, some dance, some hip hop, some latin – and my favorite was Footloose when we did a kind of jazzy dance move 🙂 I definitely want to go back! My HRM reported just under 300 calories burned (including going 5 minutes past time to leave so a total of 65 minutes). Not bad!

At about 4pm I had some plain yogurt (a free single serving Stonyfield I got) with chopped apple, cinnamon and PB – 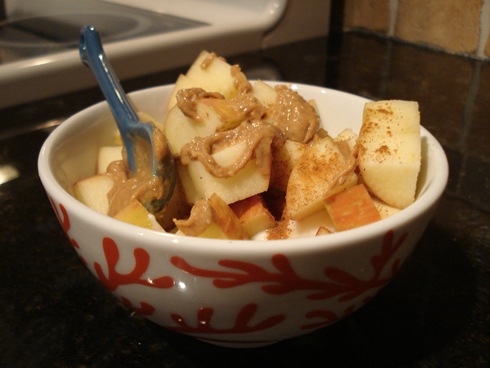 Once home we threw together last night’s stir-fry with leftover chicken marsala. 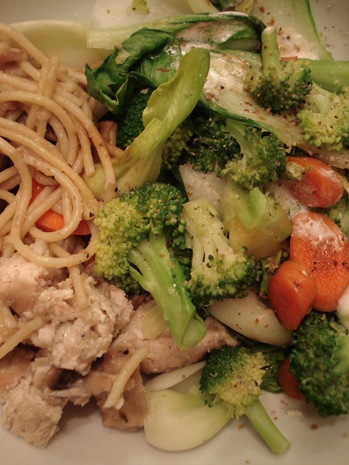 For the veggies I steamed 2 heads of broccoli, 1 sliced carrot and 2 heads of baby bok choy in some water until tender and seasoned with salt, pepper, whipped butter and some splashed of tamari (soy sauce upgraded). 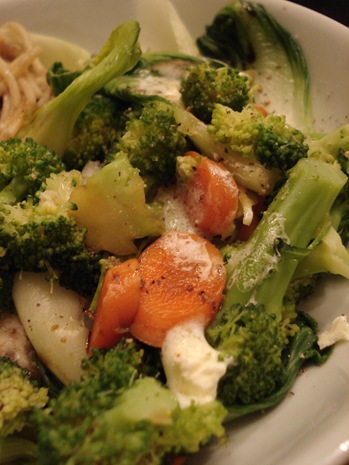 And we reheated and chopped the chicken and noodles from Friday’s dinner. YUM! 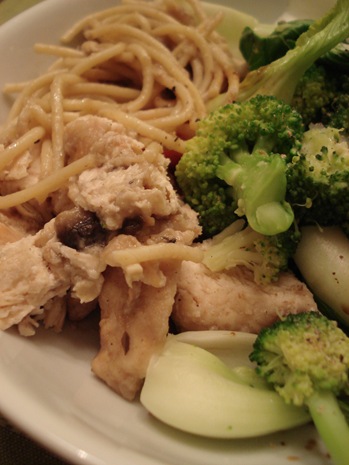 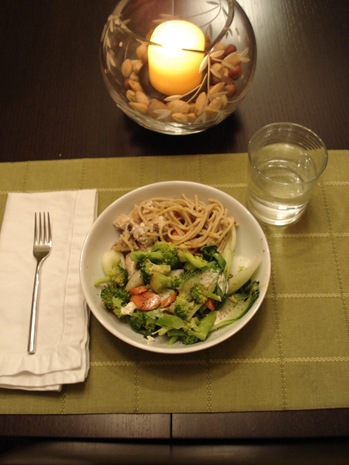 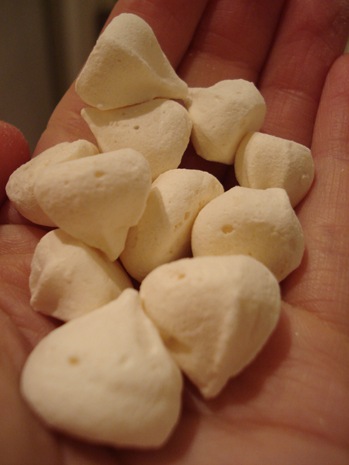 I’ve got a ton to do before 9:00 bedtime, including a bath to replace my post-workout shower.

See you in the morning for the LAST FULL WEEK OF CLASSES!!!