You are here: Home / Lifestyle / What’s Under Our Feet? 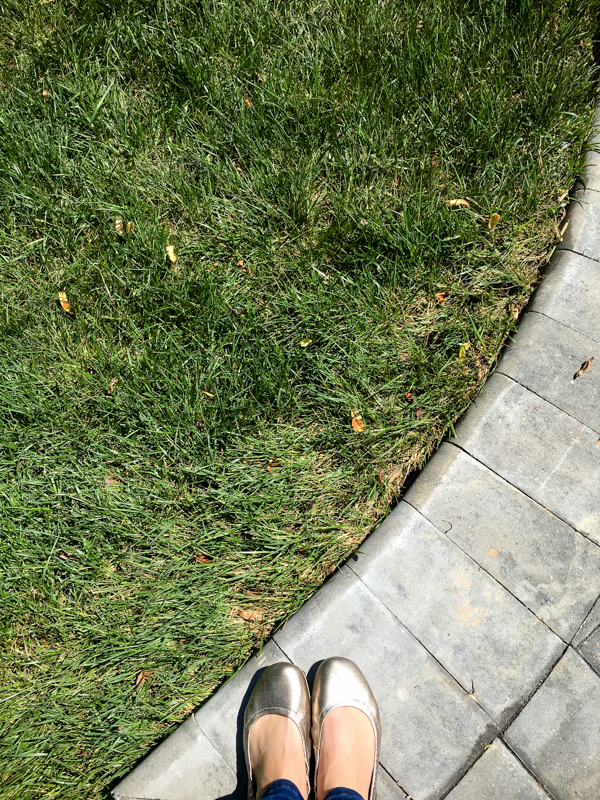 Grass!!! Really thick, plush, green grass!!! I decided to put sod in the back yard and I am SO glad I did. The grass seed that was planted was just not doing very much  at all, and I didn’t want to have to wait until Mazen was in middle school to have thick grass again! 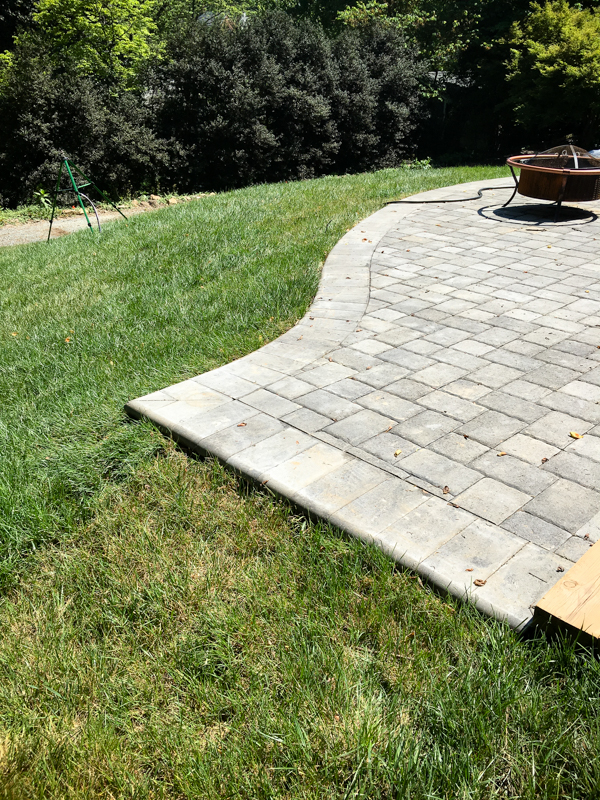 The many stages of my back yard since moving in are:

At Mazen’s birthday (last September), the grass was great, but the landscaping was terrible. Our whole yard was a slope, and there was nowhere to sit. The top part was steep and the lower part was flatter. Up near the house we had a hill of dirt where grass just wouldn’t grow. 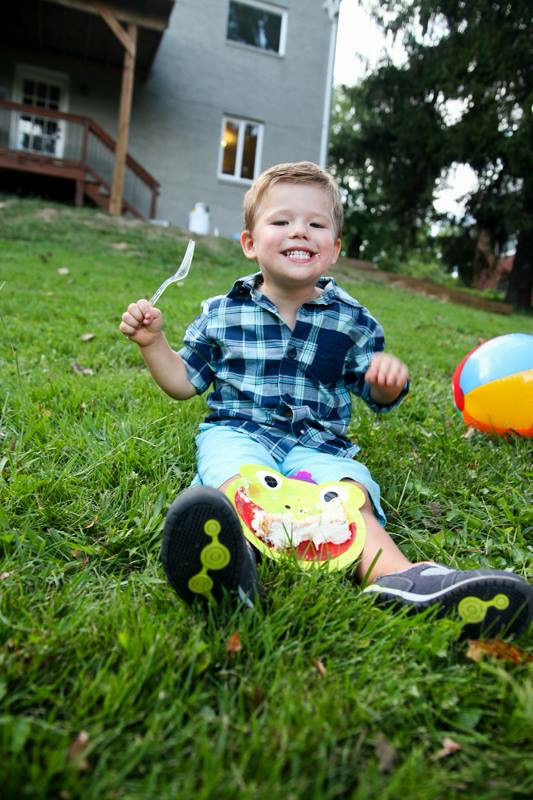 We always felt like we were sliding down a hill….I guess because we were! 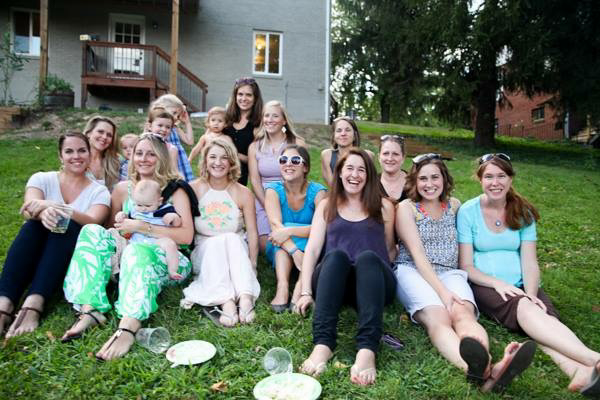 The patio flattened the top and made the lower part of the yard steeper. So now we have a great entertaining spot and plenty of yard for running and rolling. 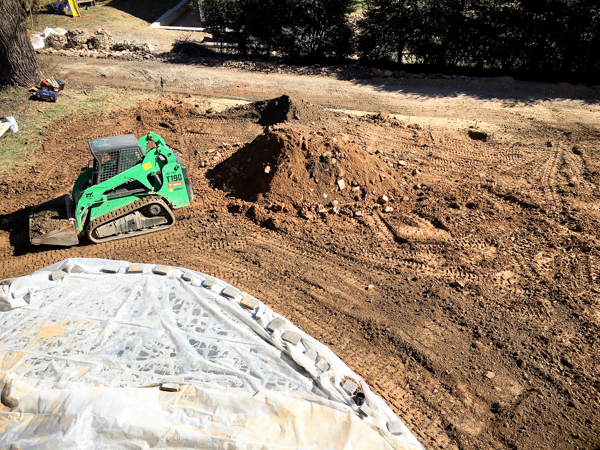 Integrity Design + Build brought in tons (literally) of dirt to re-grade the landscape. 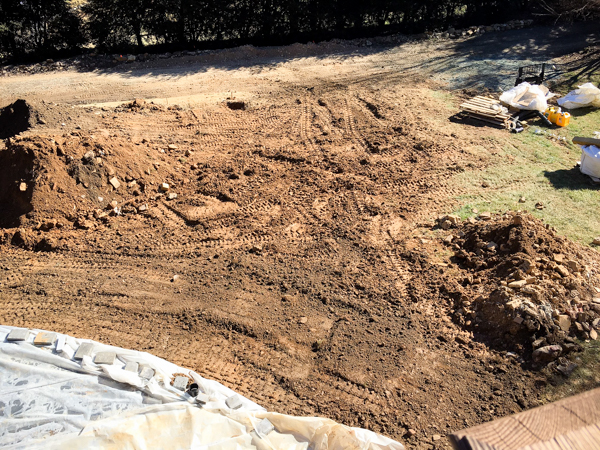 So at one point, the whole yard was all mud. 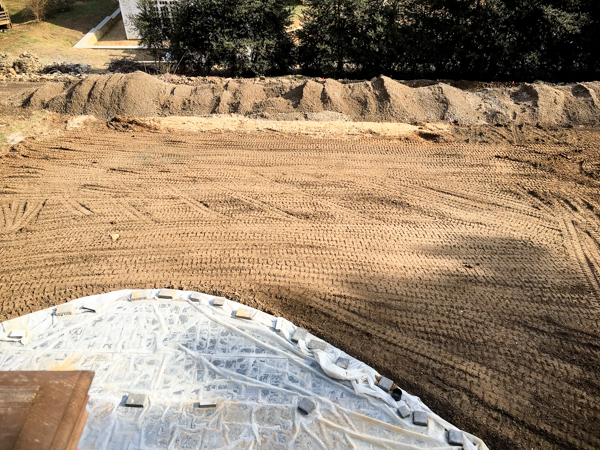 They seeded it and then put down straw. And that’s how it sat for a few months. 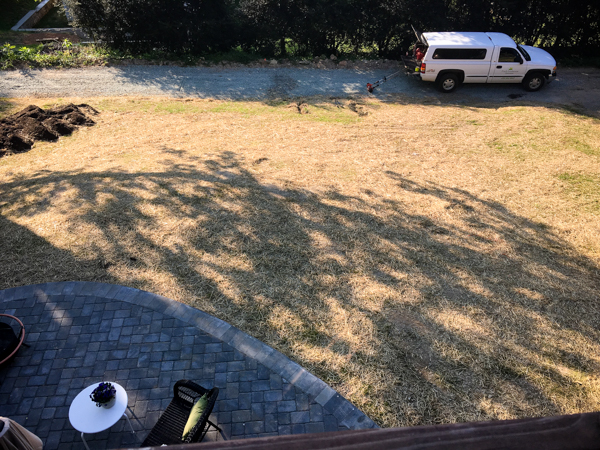 As warmer weather came along, grass did start to grow, but as you’d expect, it was very patchy and thin. I said I’d give it until the end of April to see what happened before making a decision on the sod. And by the end of April we still barely had any grass. It was clear that we wouldn’t have grass that was thick and hearty for at least a year. 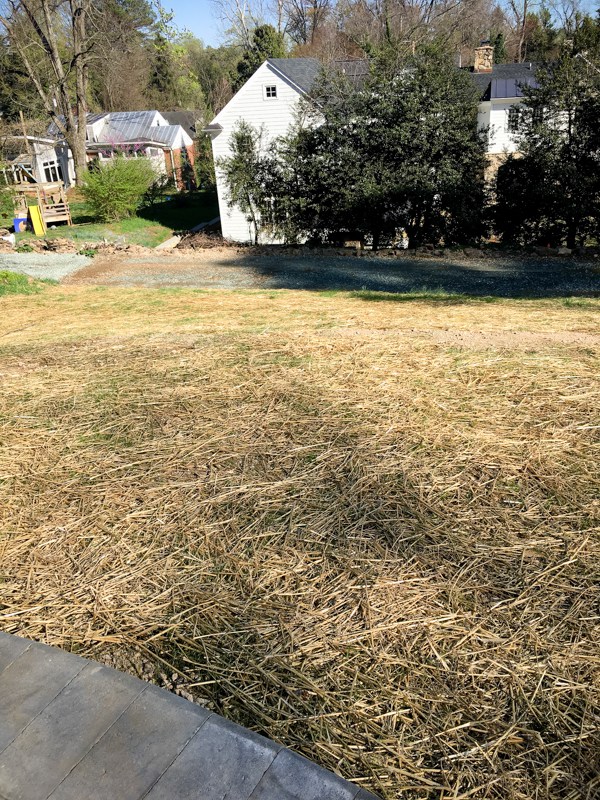 In the meantime I got an estimate on the sod and it was a lot less expensive than I thought. I loved that you could walk on it immediately and it would be thick and mature from the start. So I went for it! 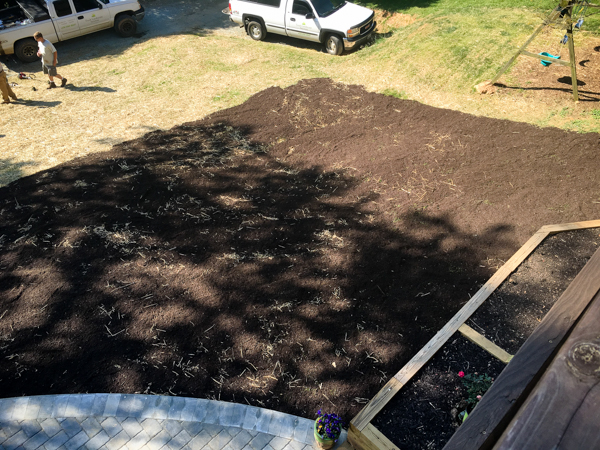 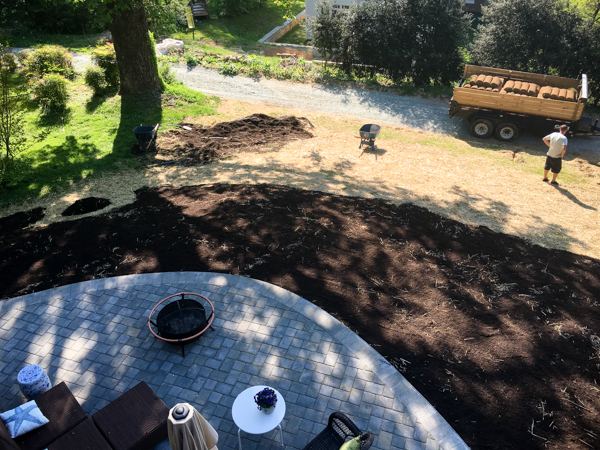 And then the rolls of sod were placed on the lawn. This was all so cool to watch! 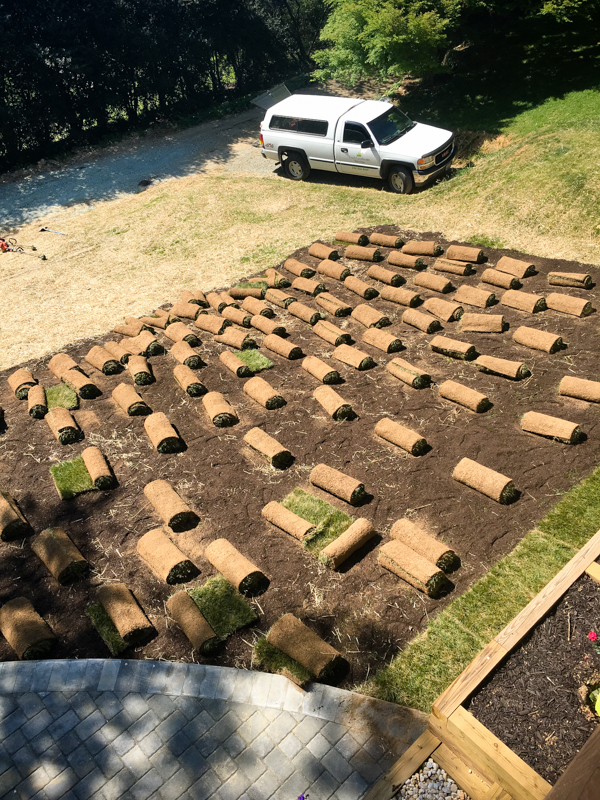 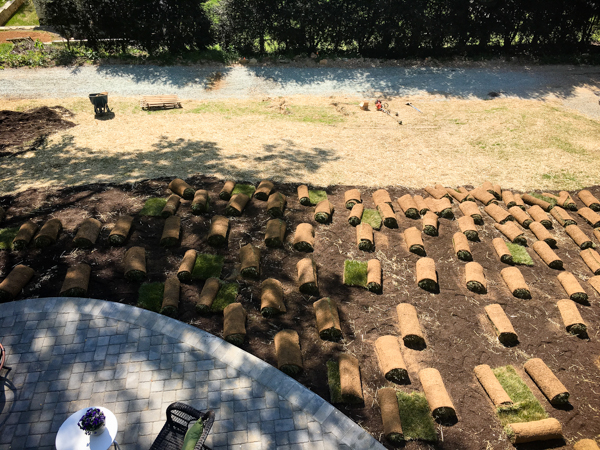 And then they started to roll out the sod, which had been cut that very morning. 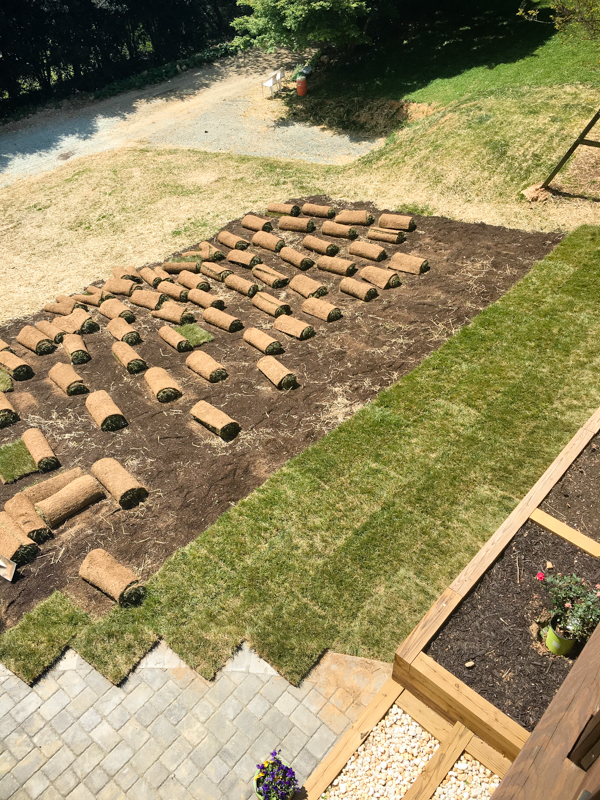 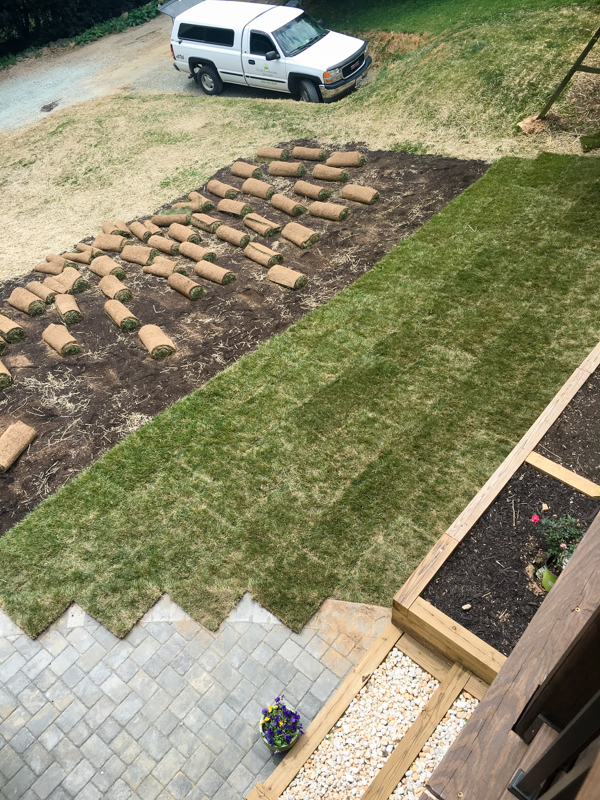 By the end of the day we had a yard of grass!! (With a bit more to finish the next day.) 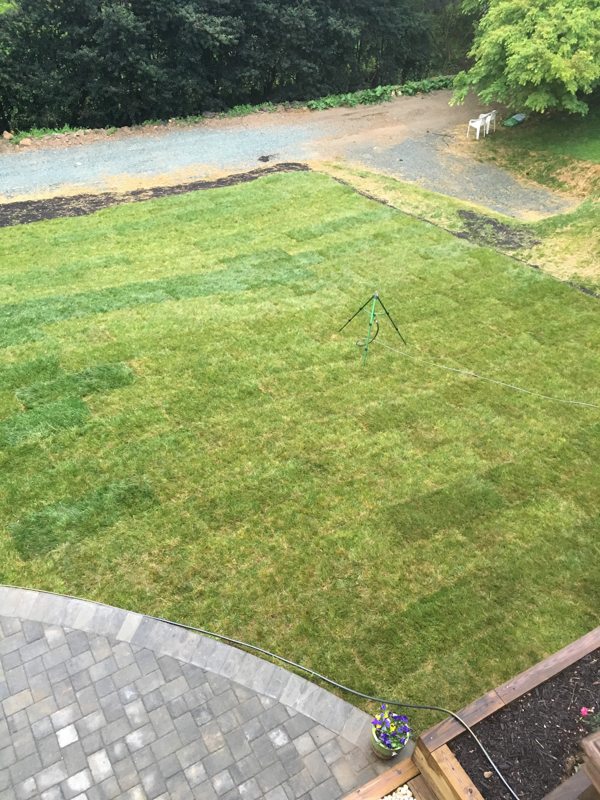 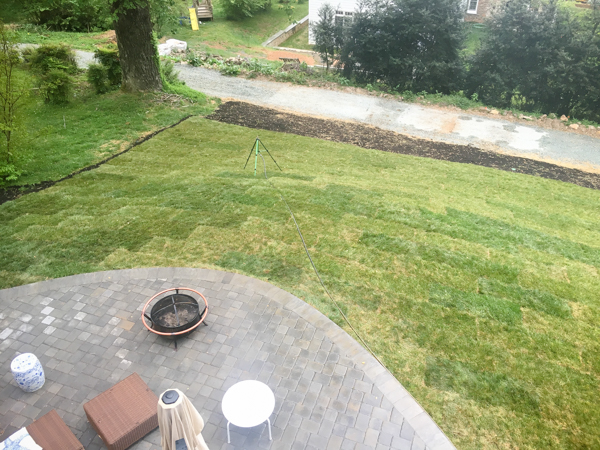 I actually got SO lucky with the weather in that we had about 10 days of rain right after this. Sod is VERY thirsty, so I had sprinklers on timers set up, but with all the rain, Mother Nature actually did most of the work. 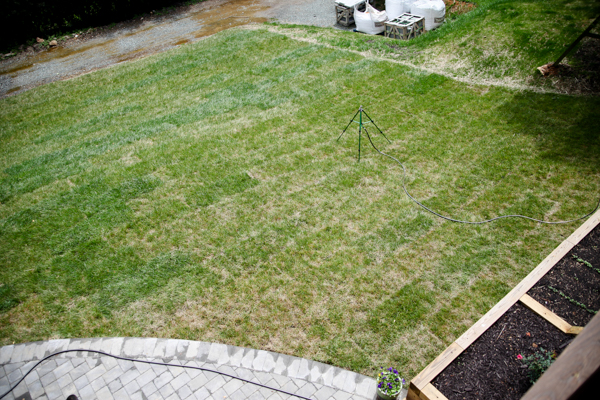 A few weeks later, the sod is doing great, and roots are digging in beautifully. 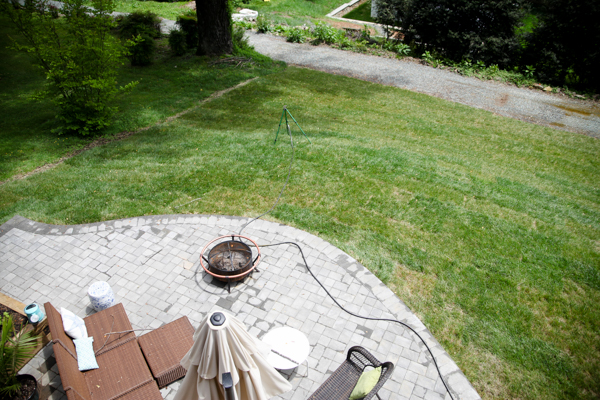 I moved the rocking chairs back up to the top deck off the kitchen for evenings and entertaining. 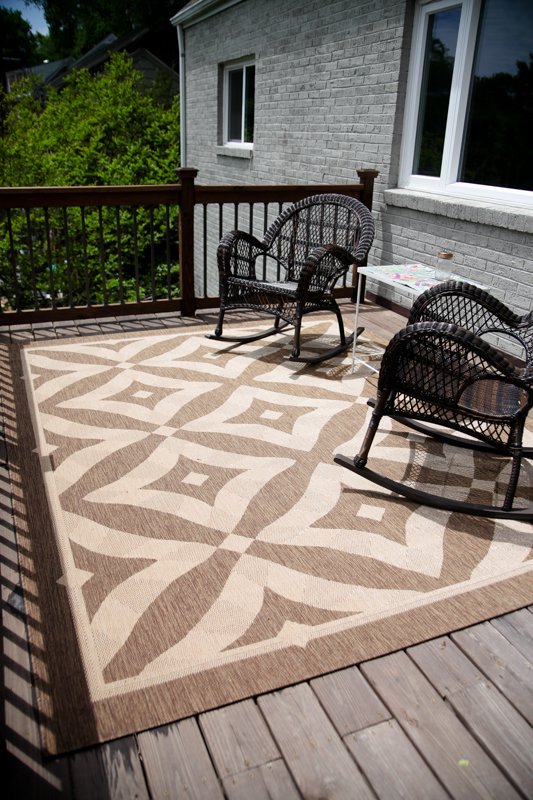 And underneath them is my brand new Treasure Garden Charleston Outdoor Rug from Starfire Direct! The company, which specializes in all things fire pit and patio, sent me the rug to feature on the blog. 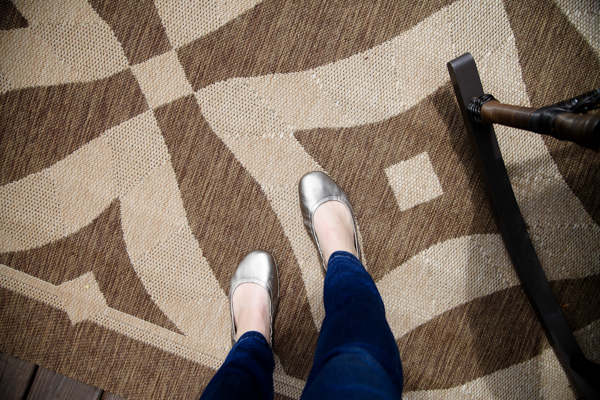 The rug (here in the color Honey), is colorfast, so it won’t fade. It’s also water repellent, so it dries quickly. It’s softer than some of the other outdoor rugs I’ve felt, which is perfect on our rough deck. The rug has been great for when we come out barefoot in the evenings, which means fewer splinters and screws to worry about. 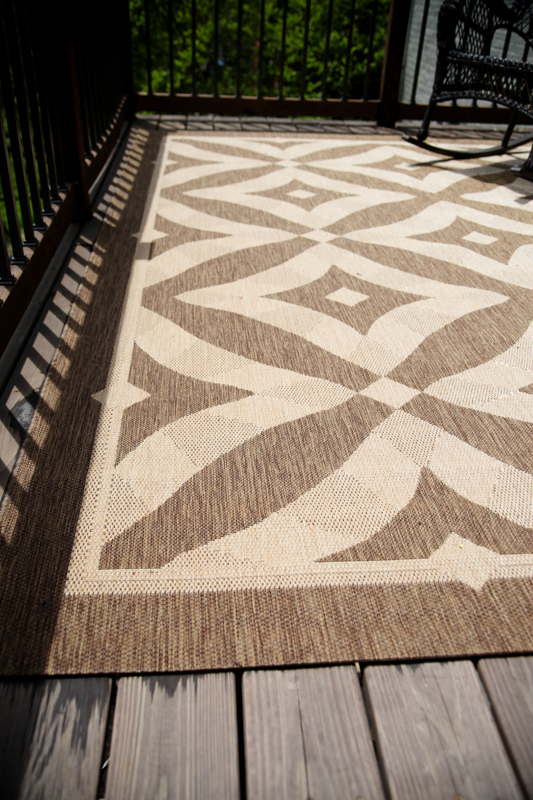 So now the yard is feeling ready to host a party!!

A portion of this post is sponsored by Starfire Direct