You are here: Home / Real Meals / What I Ate: Real Meals + Adventures 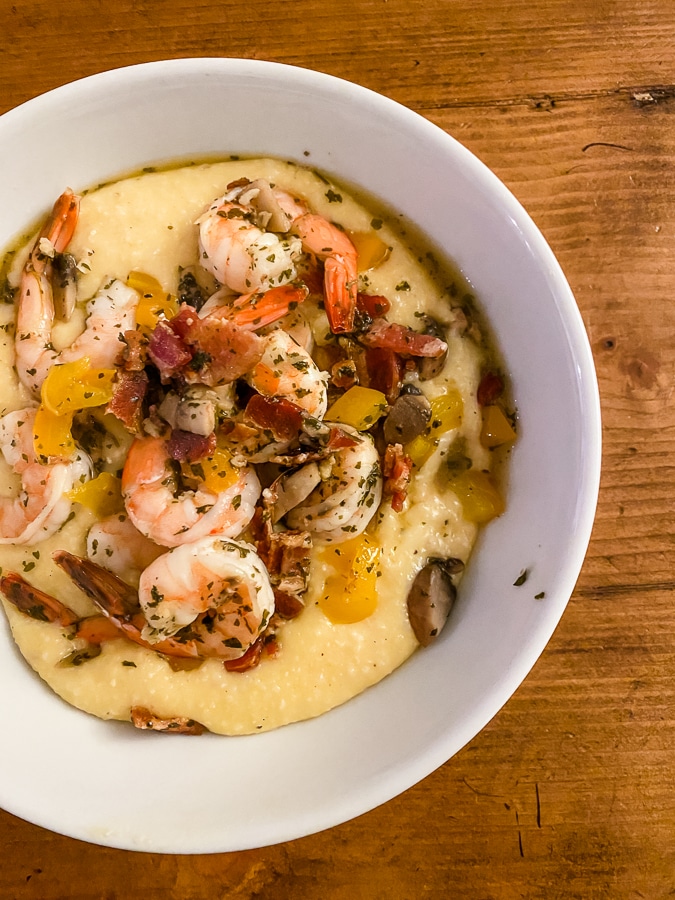 We made some epic shrimp and grits last weekend! Classic and rich with mushrooms and peppers. They were even better as leftovers the next day. Often times we make extra food on Sundays to carry is to Mondays. Cook once, eat twice style! 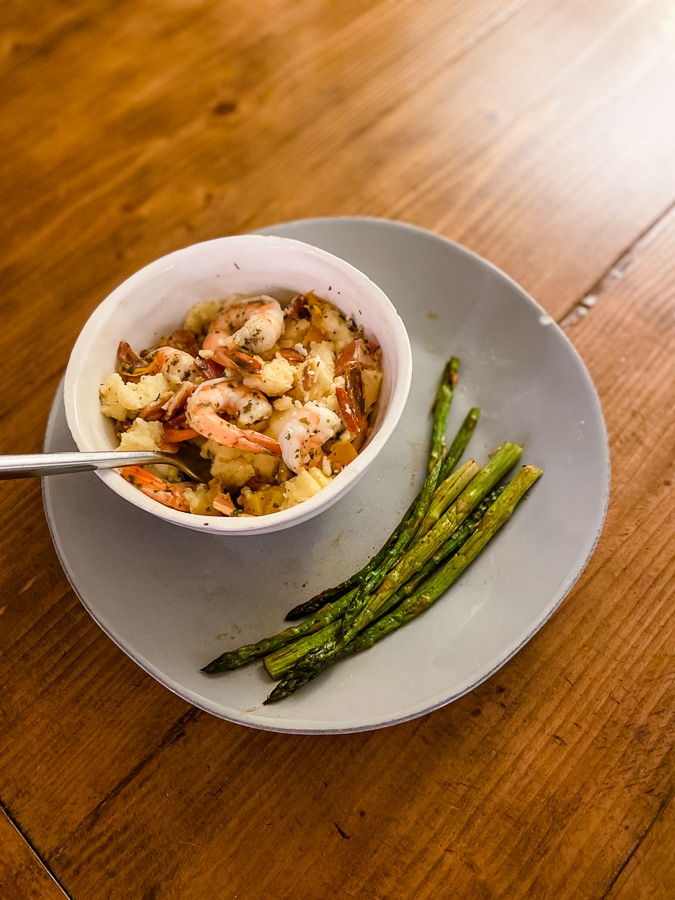 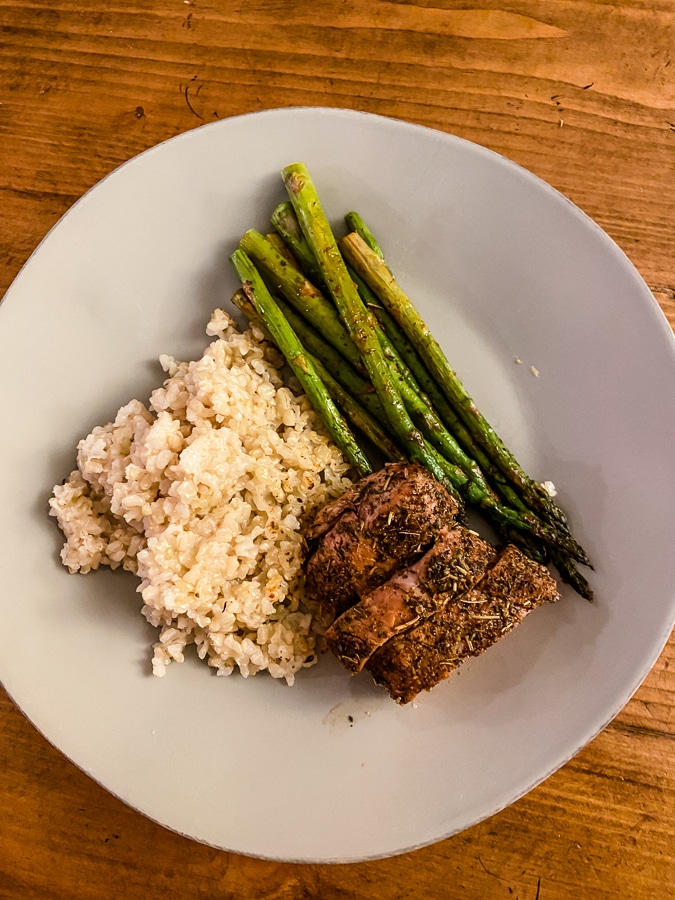 As an ambassador for Daily Harvest, we eat a lot of smoothies! One cup usually serves me plus one child (because I use more milk than the cup calls for!) so it’s kind of a two for one deal. If you’ve wanted to try them, I have a $25 off your first order discount to share with the code katheats. 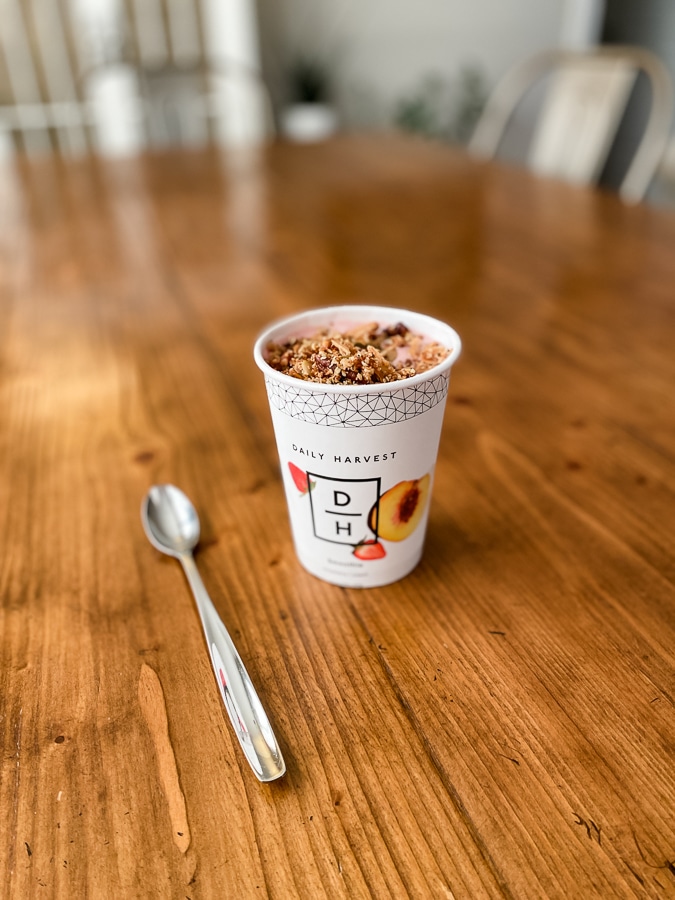 The bigger the bowl, the better the salad!

This sunny lunch was mixed greens with leftover pork tenderloin with peppers, avocado, and the Plenty homemade blue cheese dressing! 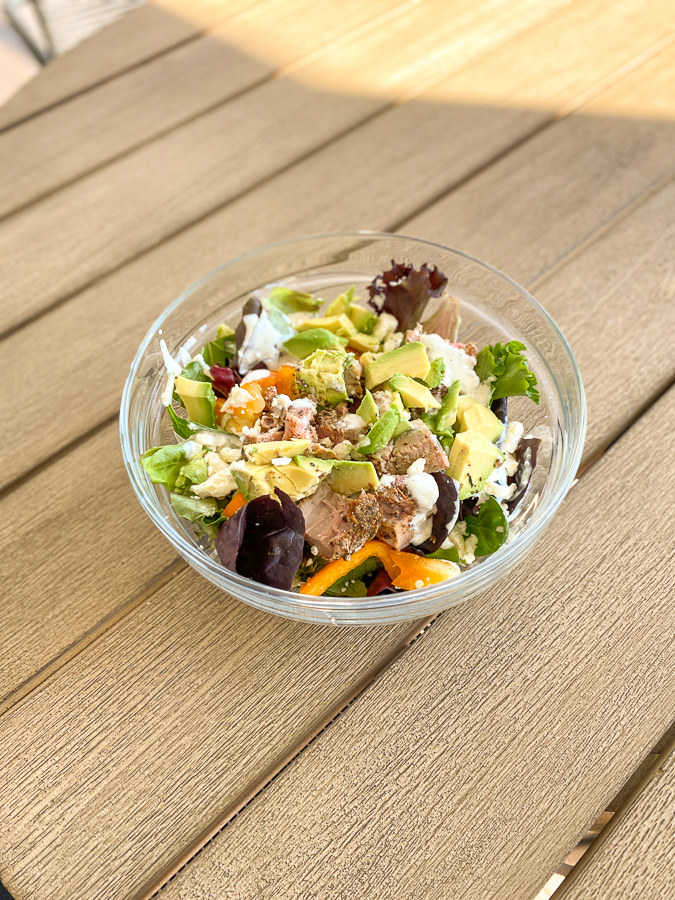 This salad was back! And we had snow! 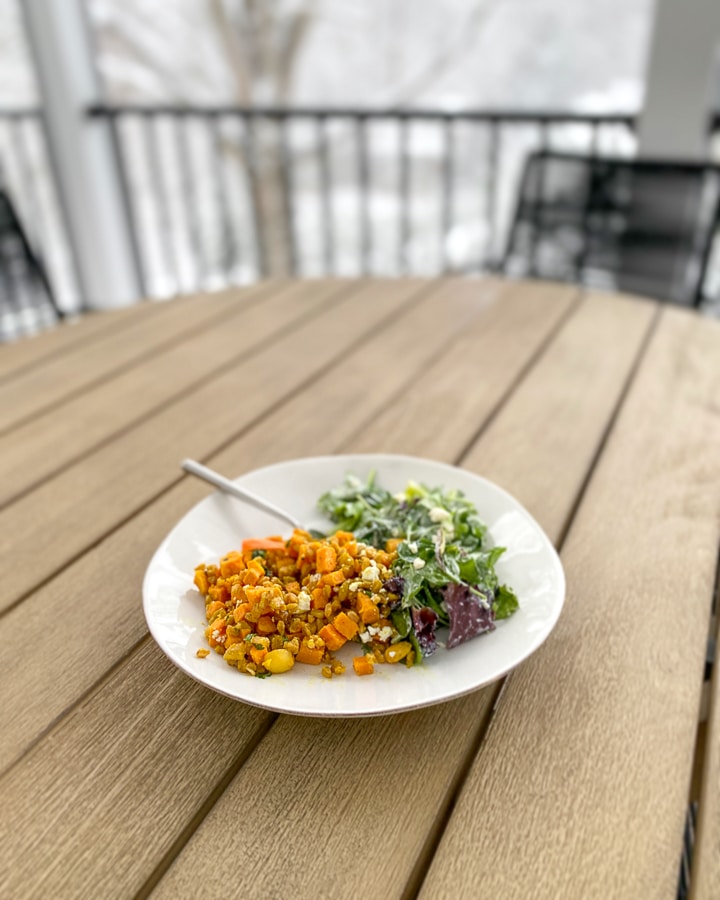 I had it with an egg on top the next day for lunch. Perfect combo of protein + carbs. 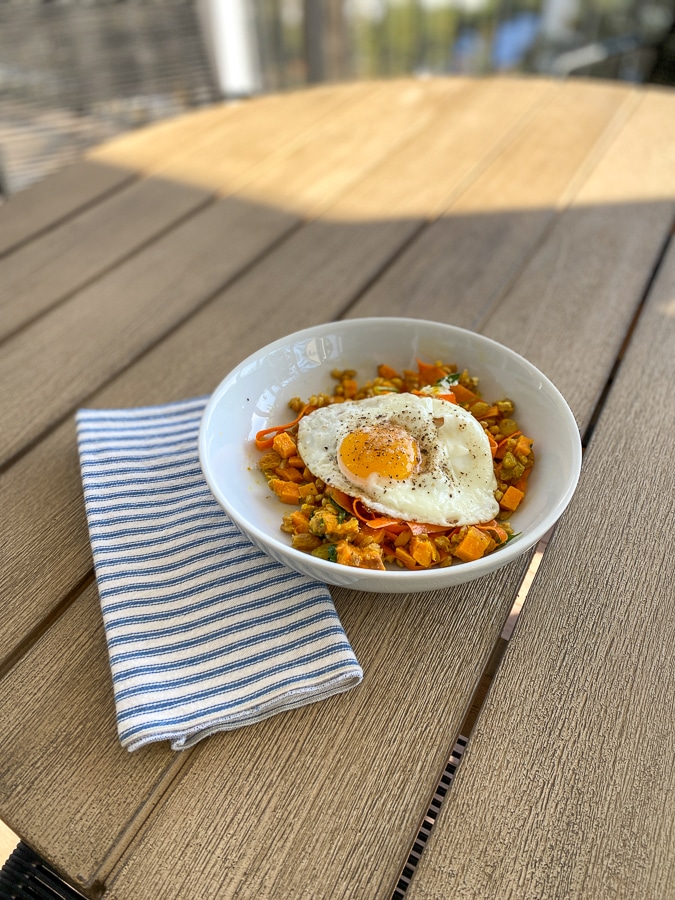 We used to sit on the porch in the rocking chairs and look for cars and buses. Since it’s been cold, he sits on his changing table, and we point at vehicles going by. He knows the word BUS now, and spotting one is always the highlight. After nap on Tuesday he woke up to a blanket of snow. He didn’t know what to think! 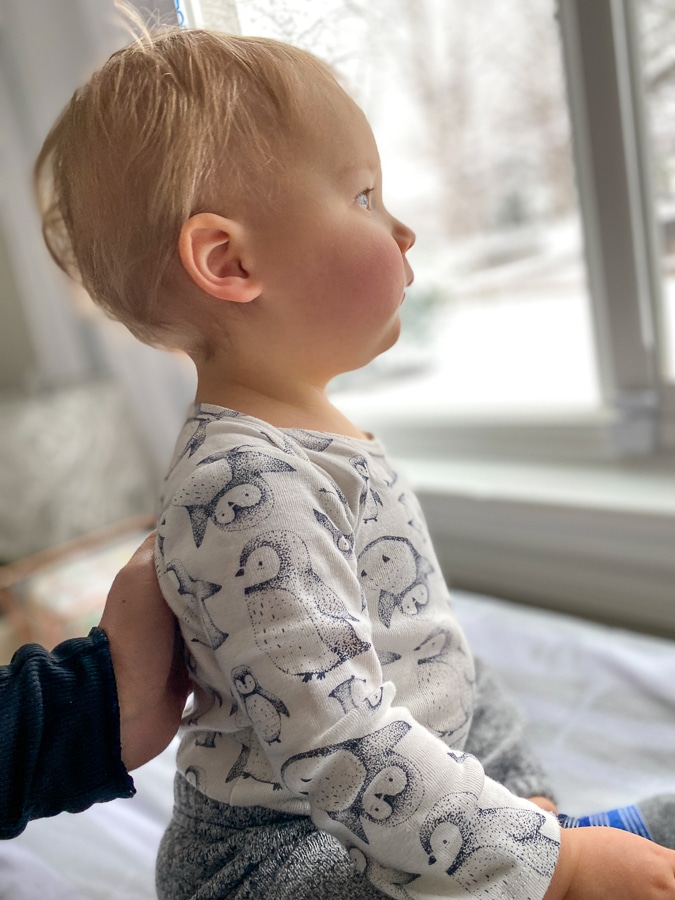 We’ve had snow, and we’ve had warm days too!

Now that Birch can walk, there is so much world to explore. I can’t wait for spring weather. How many months do we have to go? 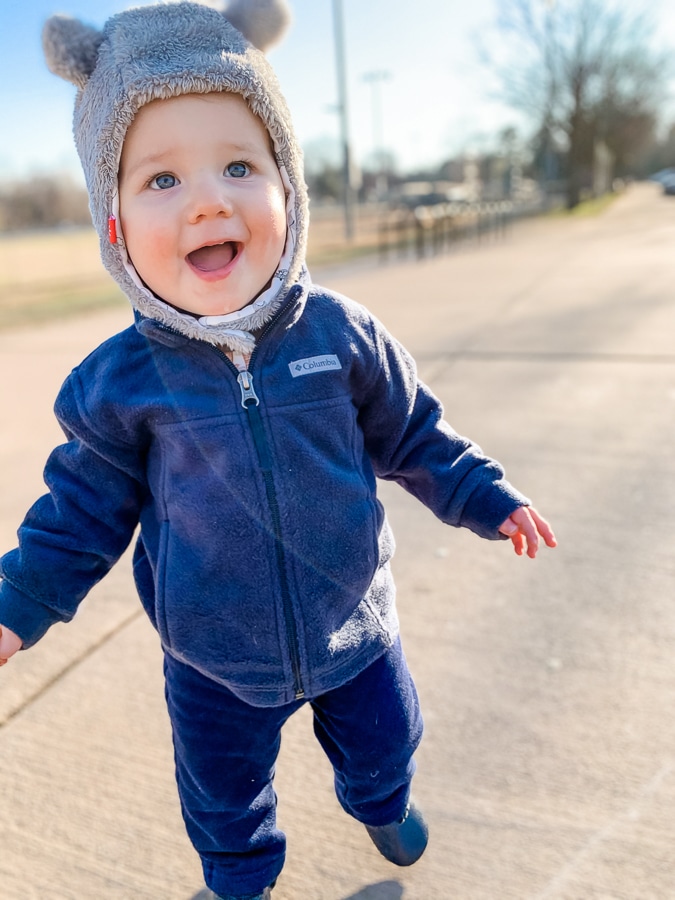 Mazen and I are loving our rollerskating Sundays!

That’s me looking dorky in the back. I think I need to buy some gently used rollerblades so I can be cool like Mazen! 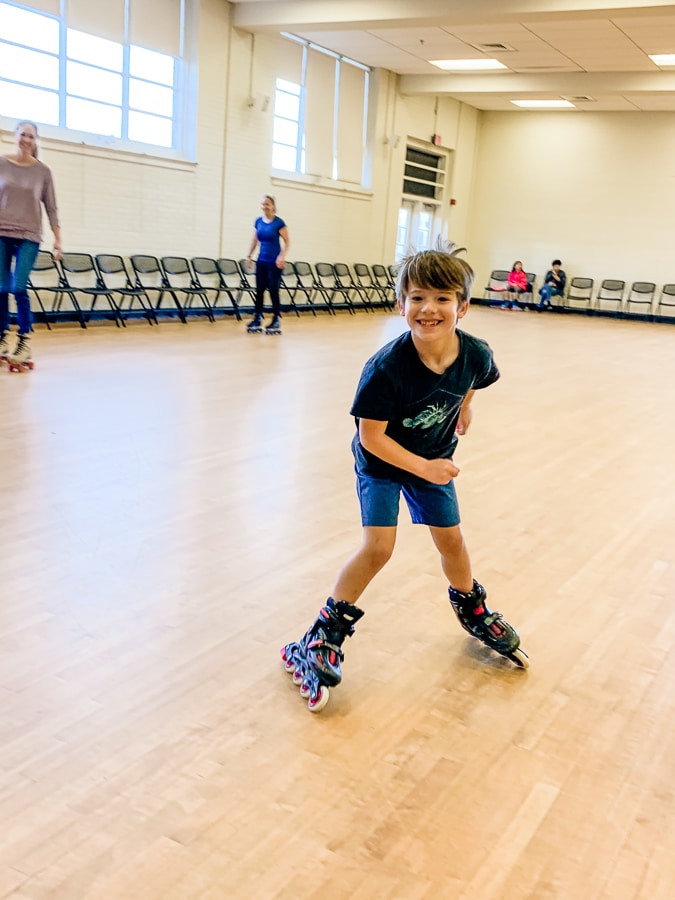 I had dinner with Dave Matthews

Not reallllllly but he dined at the table next to us! Most people who live in Charlottesville will have a Dave spotting every now and then. I was out with friends last weekend for a birthday dinner and he sat down with a group at the next table over. We played it cool! 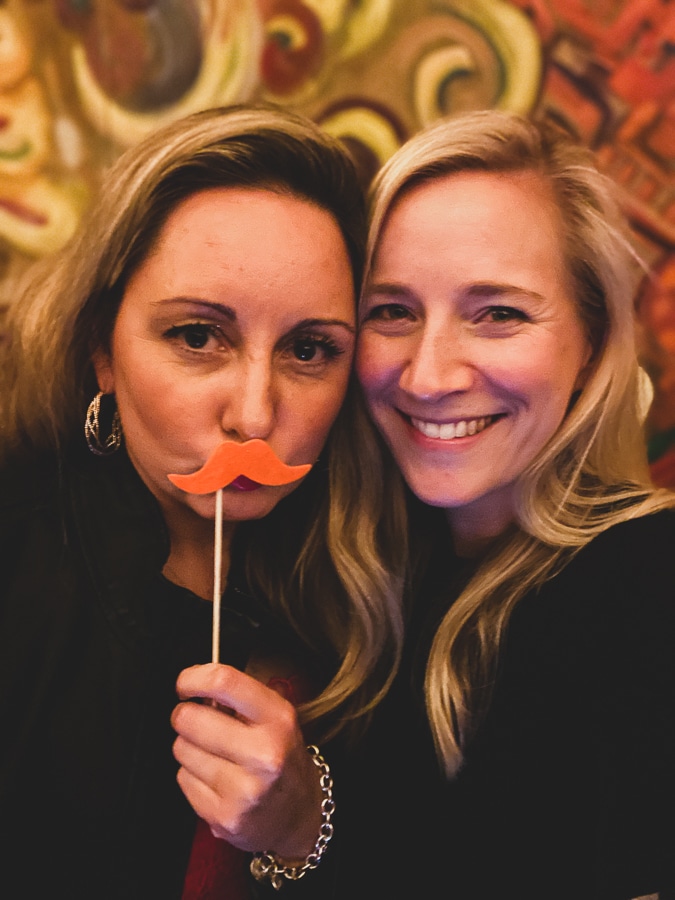 Who is the most famous person you’ve seen or met?