You are here: Home / Motherhood / Growing Up + Choosing A Preschool 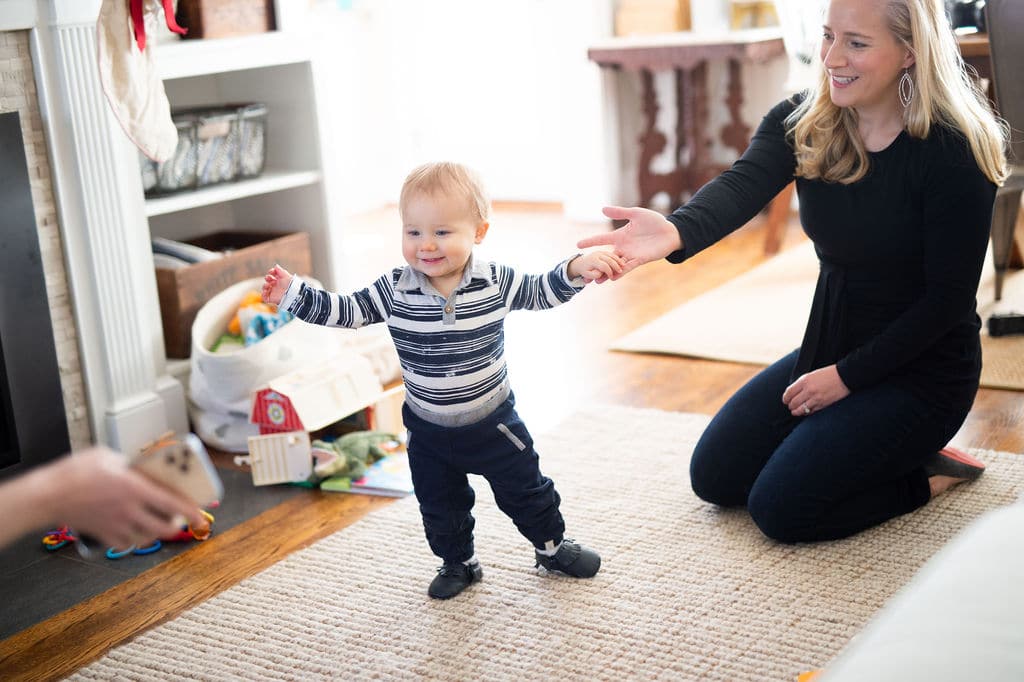 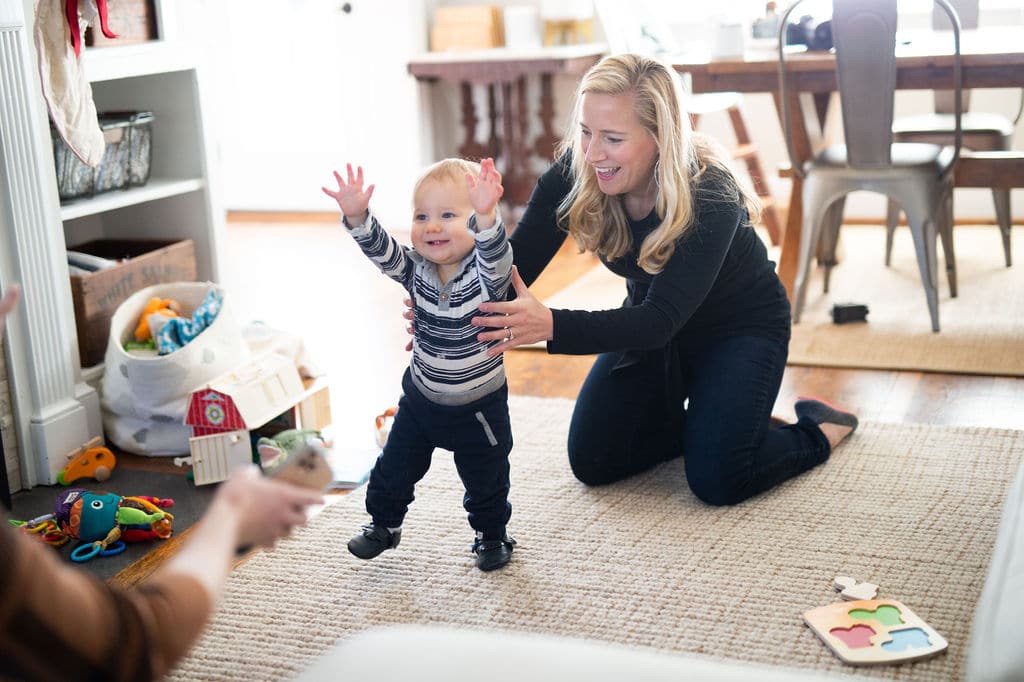 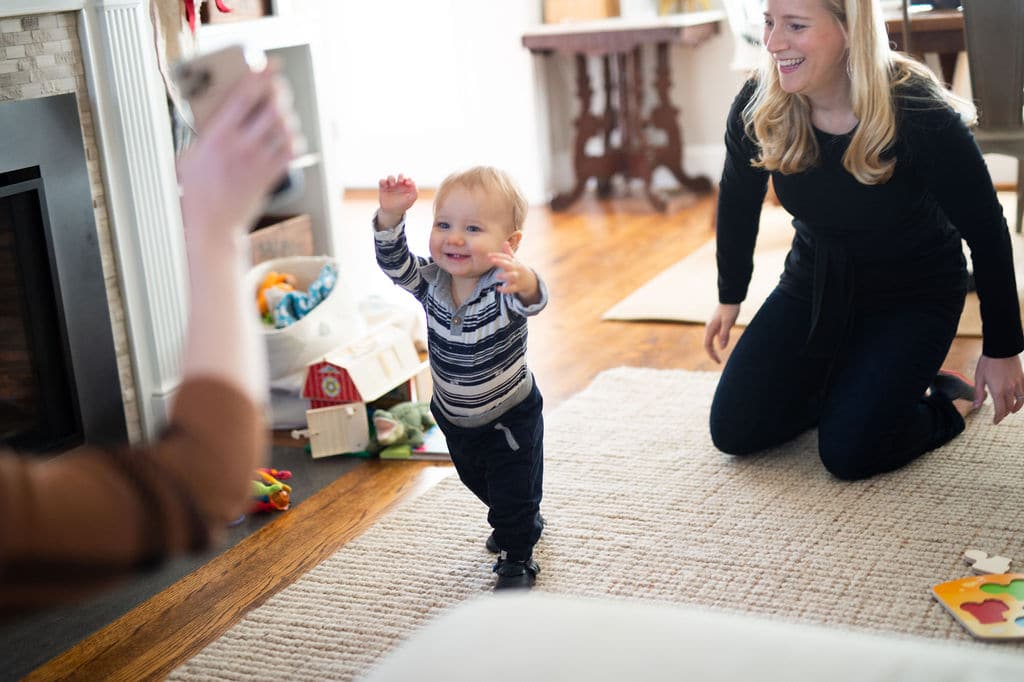 (Writing that, I can’t believe there are children who walk at 7 months!)

Birchie is a full-time walker these days! It’s been such a funny progression to glance over and see him vertical! His balance has gotten so much better too, and while he’s still occasionally falling down, he can cross a room before he wobbles. I’ve even seen him run a few times! 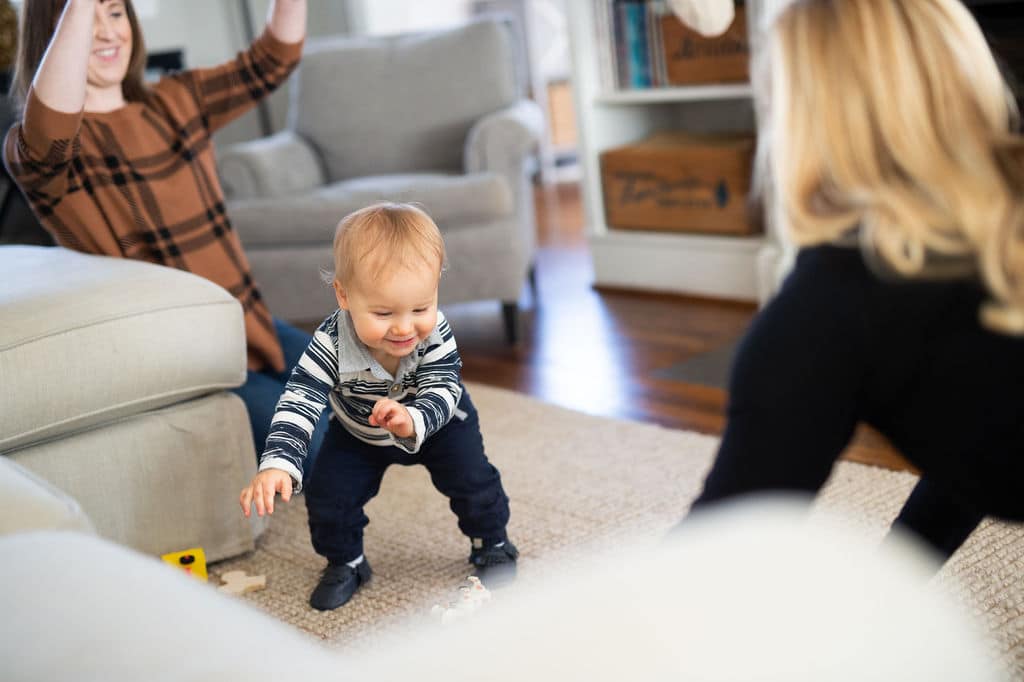 Also, He Can Talk!

He’s consistently saying hi, bye, mama, dada, “bro-ber,” Guh-Guh, and thank you. And he’s signing more and help. He knows his tummy, head, nose, toes. And more things that I’m forgetting right now! I love that we’re entering into basic communication. Recently he started pointing to his diaper when he needs it changed, and he even led me to the changing table a few times to do it. (He’s not the biggest fan though!)

It’s hard to believe that we’re already thinking ahead to choosing a preschool! But applications for next fall (when B will be turning 2) are already due. Mazen did four years of preschool split between two different church programs close to our house. (Three years at one, and a transitional kindergarten at the other because he has a fall birthday.) He went just two days a week for the first two years and then two years of 5 days with an extended lunch/early afternoon. While I was happy with both of Mazen’s schools, we’re looking for something a little different for Birch.

One main factor affecting which school we choose is a more consistent day.

While sending Mazen only two days a week was the least expensive option at the time, we’re looking to send Birch five mornings from the start. I think the consistency will be great for both of us. The director we met with said the five day toddlers tend to adjust much quicker than the 2-4 day ones. That certainly rung true for Mazen who did not enjoy preschool drop off his first year (but was fine five minutes after I left.) And of course having five mornings where I can have the freedom to work anywhere, schedule meetings, and have some flexibility is absolutely priceless.

We love the concepts of Montessori

I’ve had many friends sing the praises of the Charlottesville Montessori schools, but I had not been in a classroom before. Observing a tiny human preparing her own snack and sitting down to eat it was nothing short of amazing. We think Birch, who is fairly independent, will thrive in this environment. (Also Thomas LOVES the word “work” and that the children’s activities at Montessori are called work 🙂 )

While it was incredibly convenient to be able to walk across the street to pick Mazen up his last year of preschool, this new school is still within walking distance for days when the weather is nice. You won’t find me driving 20 minutes in traffic no matter how amazing a program is. So location in choosing a preschool is always a top priority.

I don’t mention things like kindness of teachers, an emphasis on academics, or facilities because I think almost all the preschools around here have good foundations in these. And after all, Birch will only be 2 when he starts! We mostly need loving caretakers and a safe, happy environment in which he can begin to instill a love for learning. 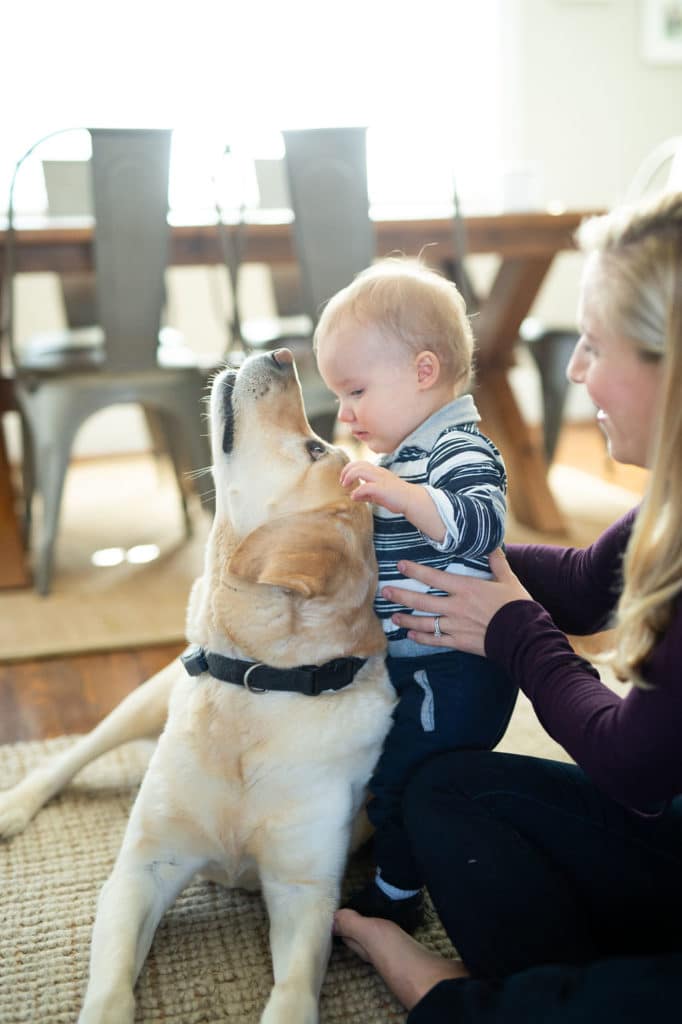 What was the best thing about your child’s preschool?