Where do I even begin!? First by wishing a happy day-after-mother’s day to all the moms out there!! Including my moms by birth and marriage!

Our weekend started on Friday, as most weekends do, with our first Fridays After Five of the season! 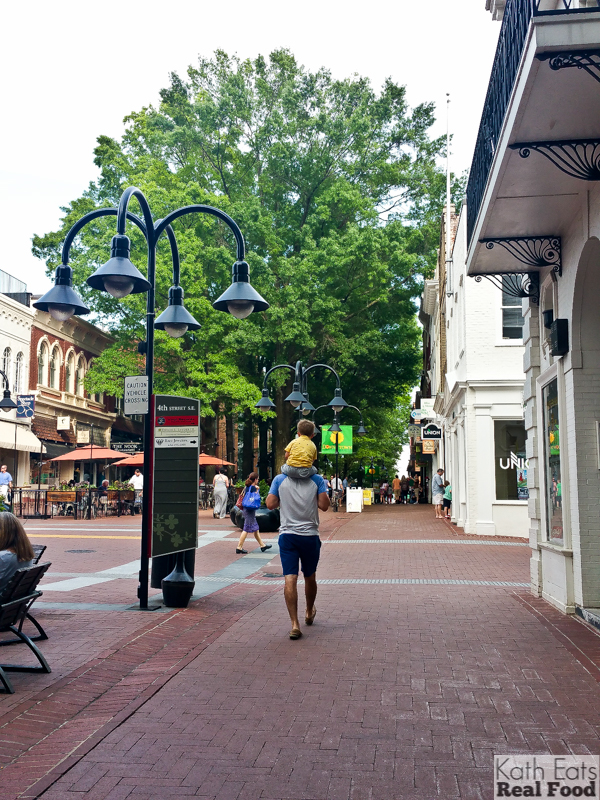 Mazen’s new thing is climbing on me like a jungle gym : )

We went to Vita Nova for a bunch of different slices of pizza, including some to share with Uncle Jeff. 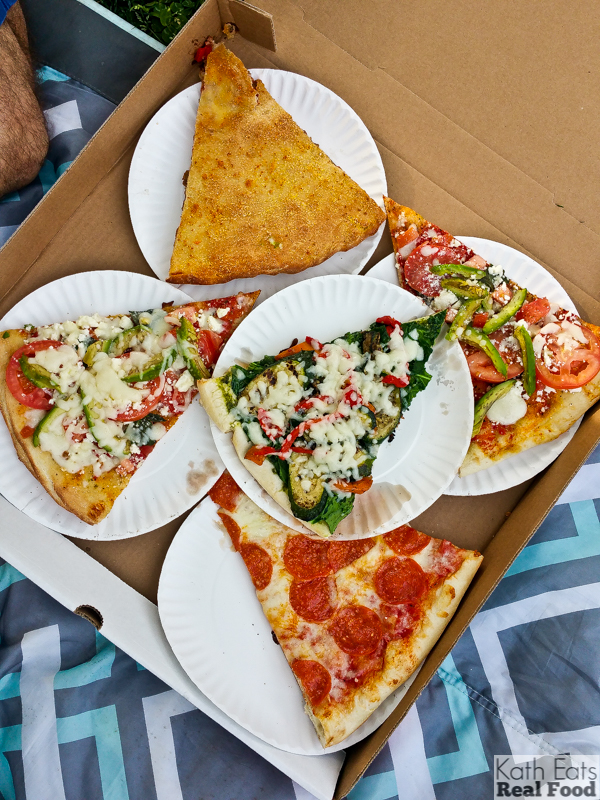 The music was great, and we had lots of fun running up and down the hills! I had a few glasses of wine with my pizza, but we opted out of ice cream in favor of an earlier bedtime.

Saturday morning Chris was back from vacation, so I packed Mazen’s breakfast and went to 8am athletic conditioning. Class was a blast and super sweaty!

Afterwards we went to the market for a while and I settled on a sprinkle donut for breakfast!! Delicious along with a Shenandoah Joe coffee. 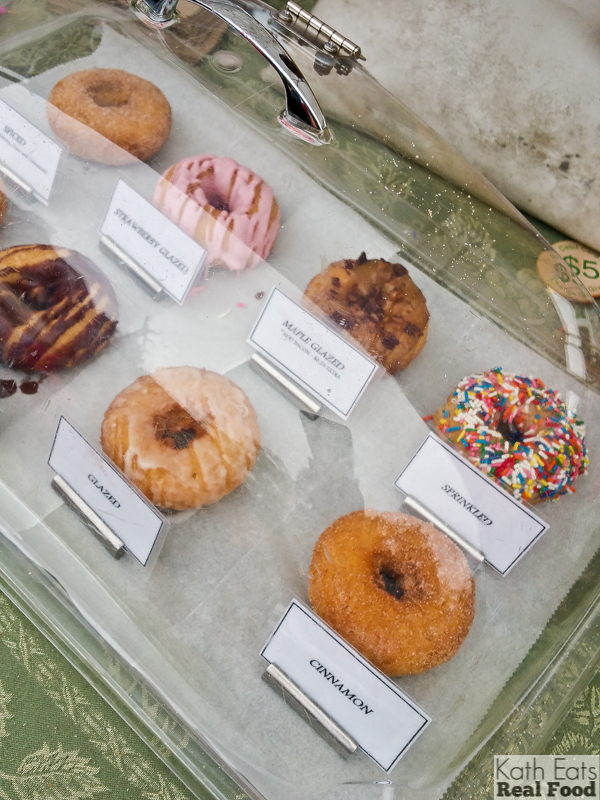 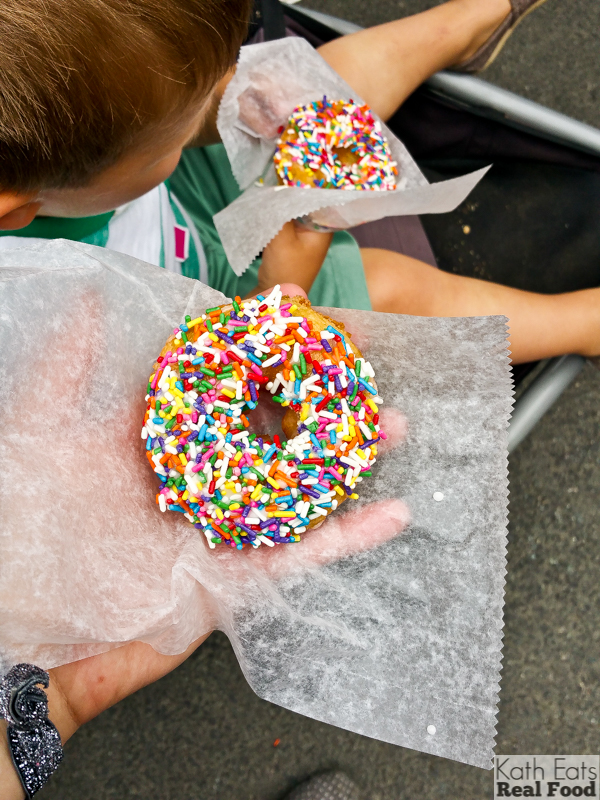 We bought some staples at the market and said hi to our friends. Stephanie has some delicious tarts this season! 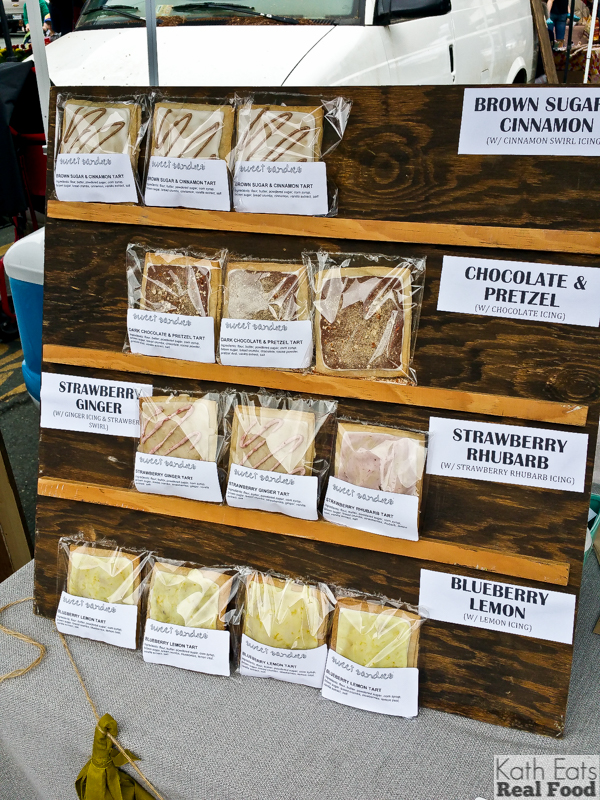 Thank goodness for the stroller to hold all of our purchases  :  ) 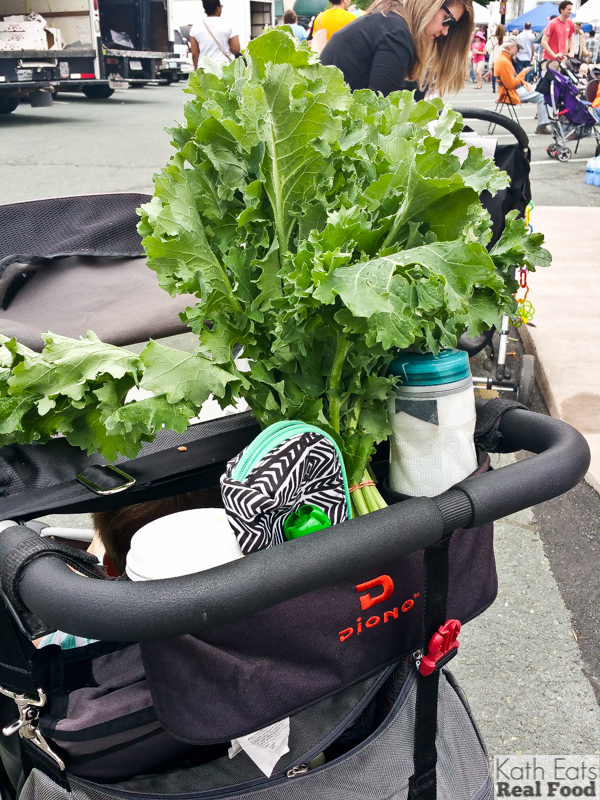 The fresh strawberries were a hit! 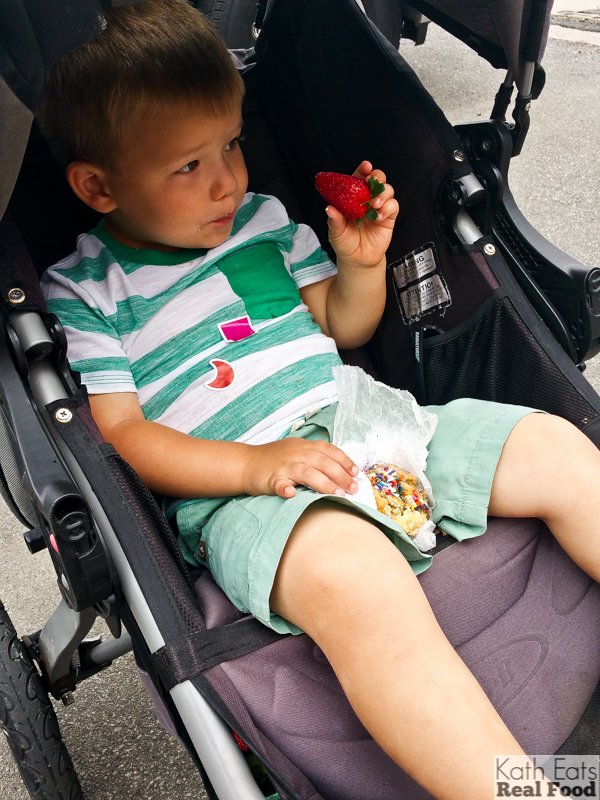 A wee bit later I wanted some protein, so I got this egg and bacon sandwich from Babes in the Wood and ate most of the proteins but not all of the bread. 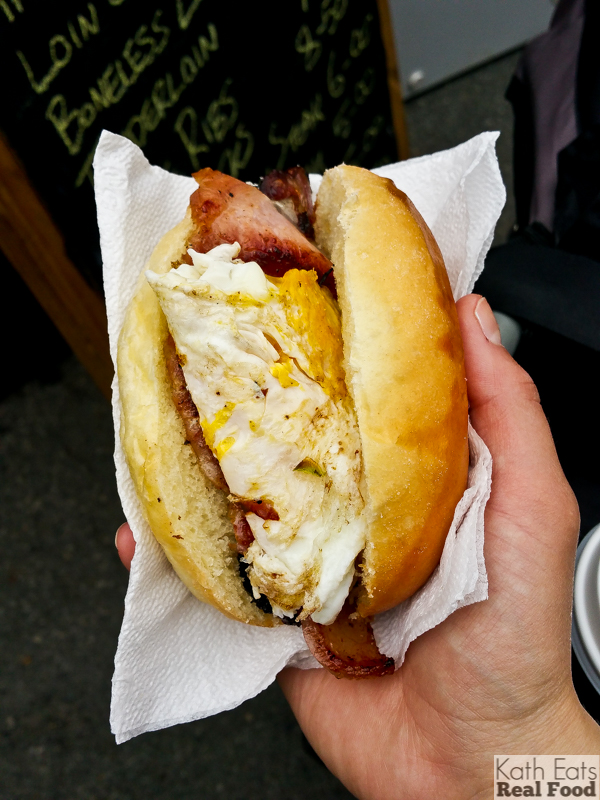 Later that afternoon I went with Hillary to the movies to see The Age of Adaline. LOVED it!!! And I have a major girl crush on Blake Lively. Movie snacks to share served as a tide-me-over between my late brunch and dinner. 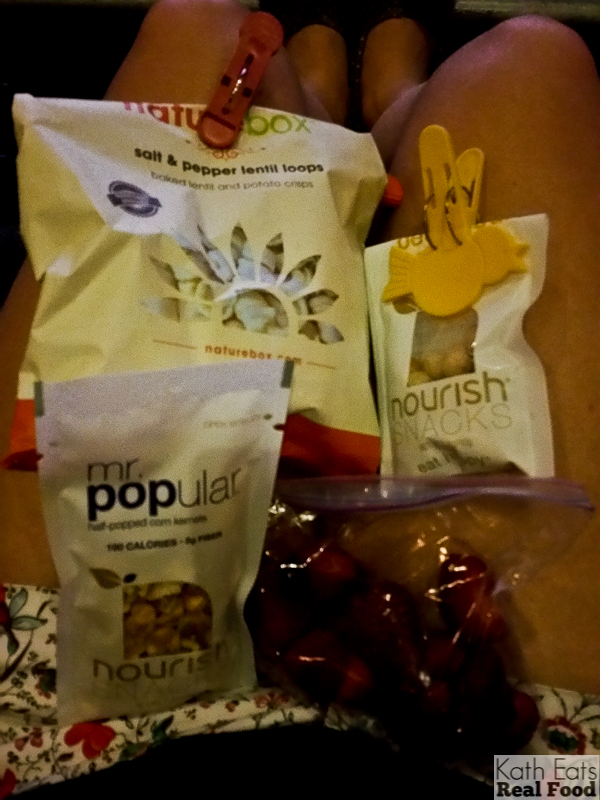 The boys had fun gardening while I was gone! 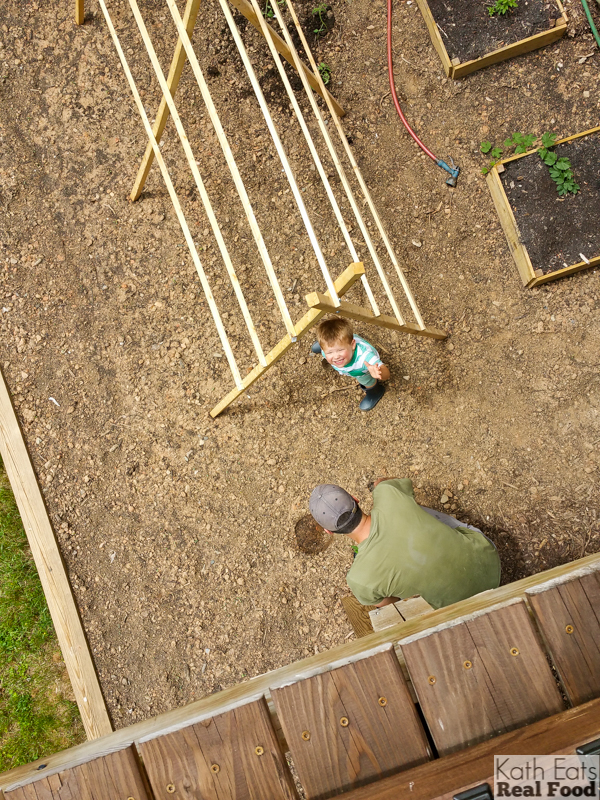 Saturday night we headed to Jefferson Vineyards for their summer concert series. We met up with the Stuckmanns, including Sarah’s parents and sister. We shared a bunch of Wayside fried chicken and sides and a few bottles of vino. (Loved the Wayside collard greens!) 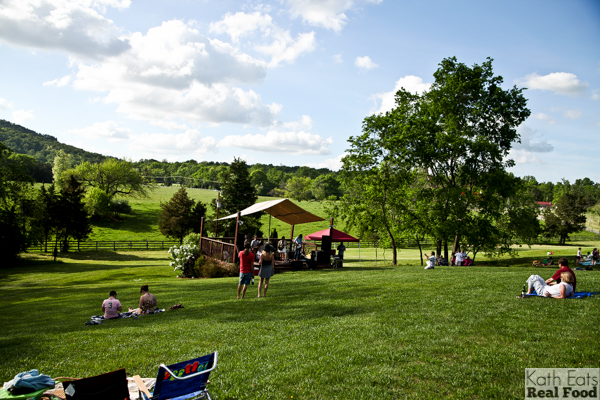 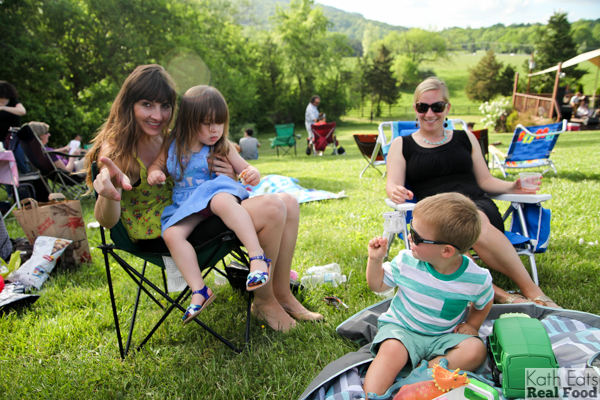 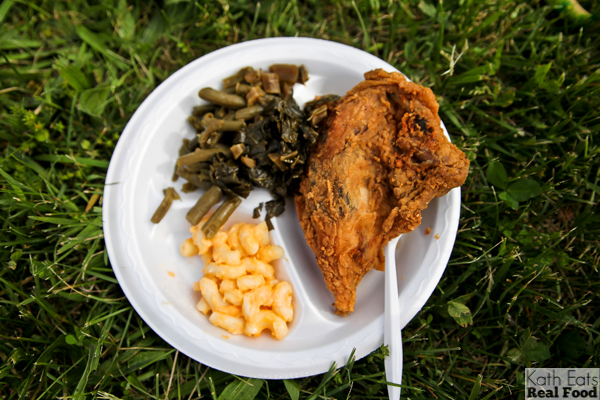 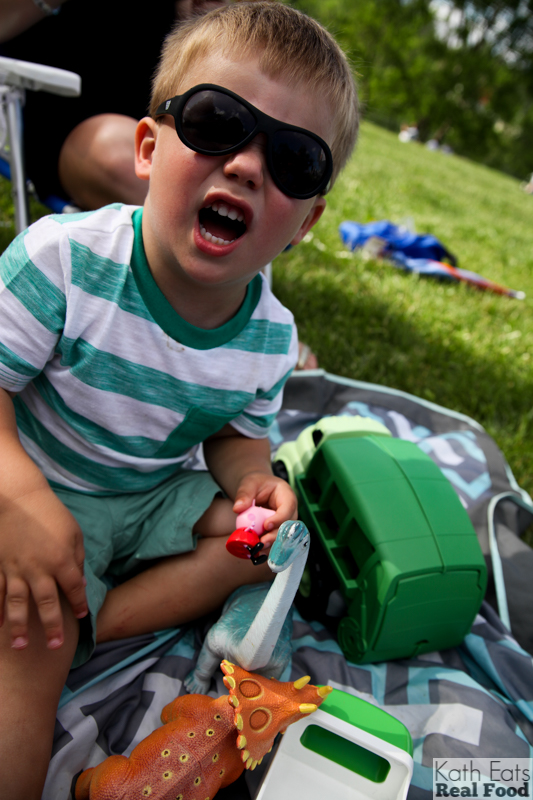 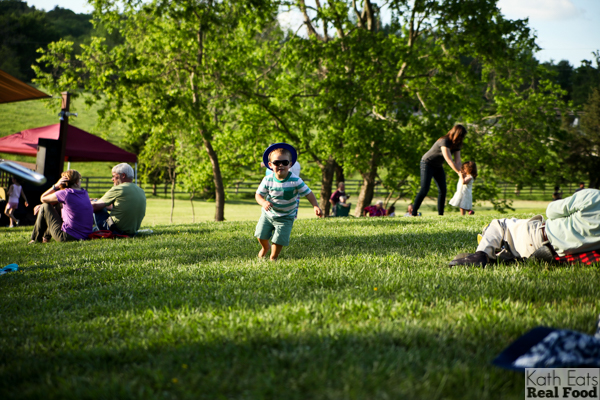 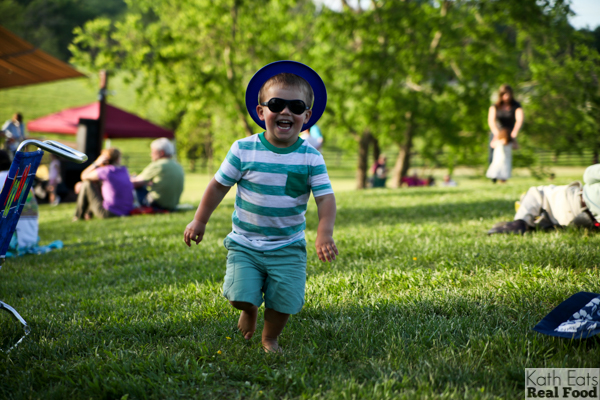 Later that night I walked downtown to hang out with friends! Spice-a-rita in the house. 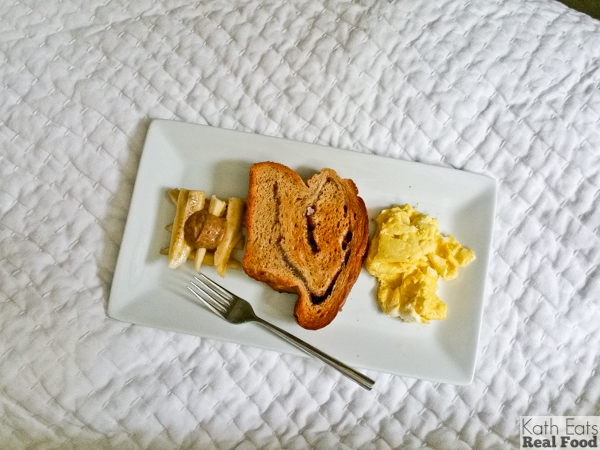 Also lots of snuggles from the sweet little boy who made me a mom. 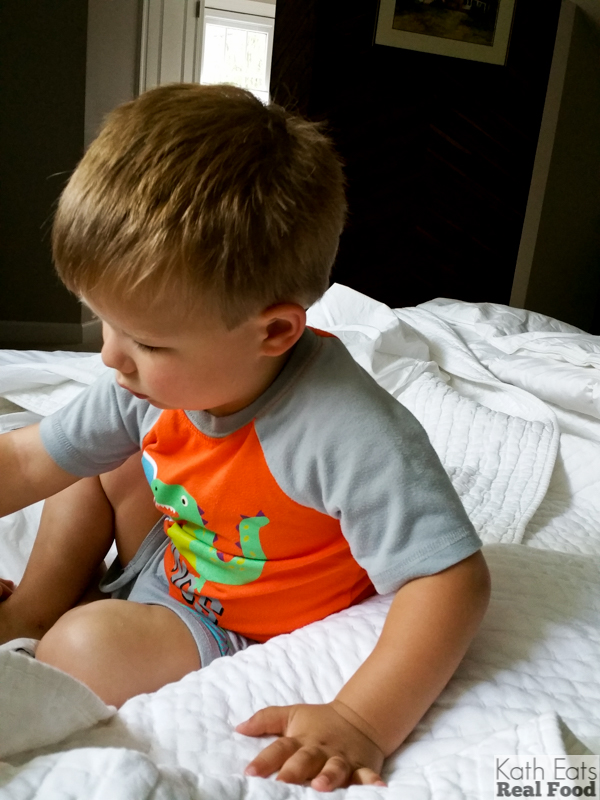 And I received the jewelry box he made at preschool along with a nice card. Matt got me a new (much needed) bathrobe! 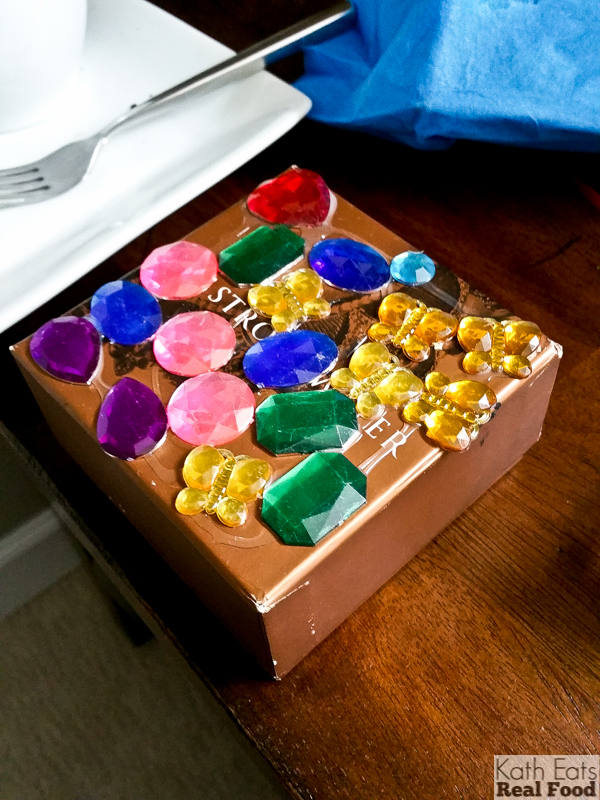 We played around the house for a bit until I had to pack up for not one, not two, but THREE soccer games! Three in a row, in fact. #soccersunday at its hardest. 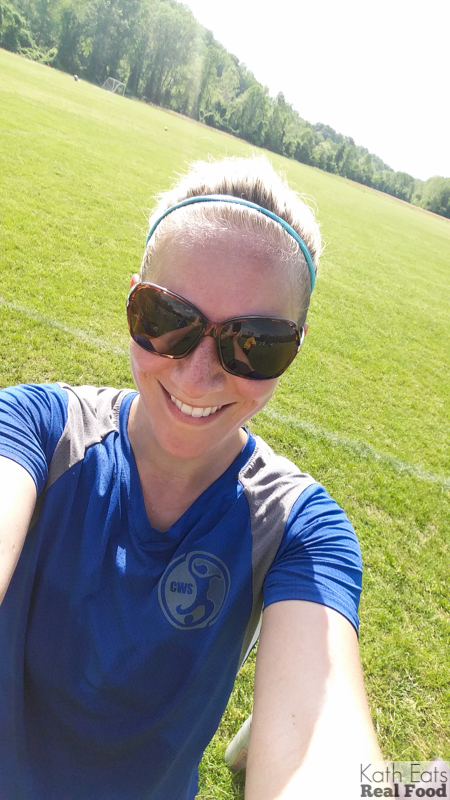 I went through tons and tons of sunscreen and Gatorade. I snacked on the Sargento Balanced Breaks and trail mix inbetween games for my “lunch.” I probably drank over 100 ounces of fluid over the course of 5 hours in the hot sun. And not to be indelicate, but I didn’t need to use the bathroom once. That’s how much I was sweating!!

My littlest fan came out for some cheering during the second game! 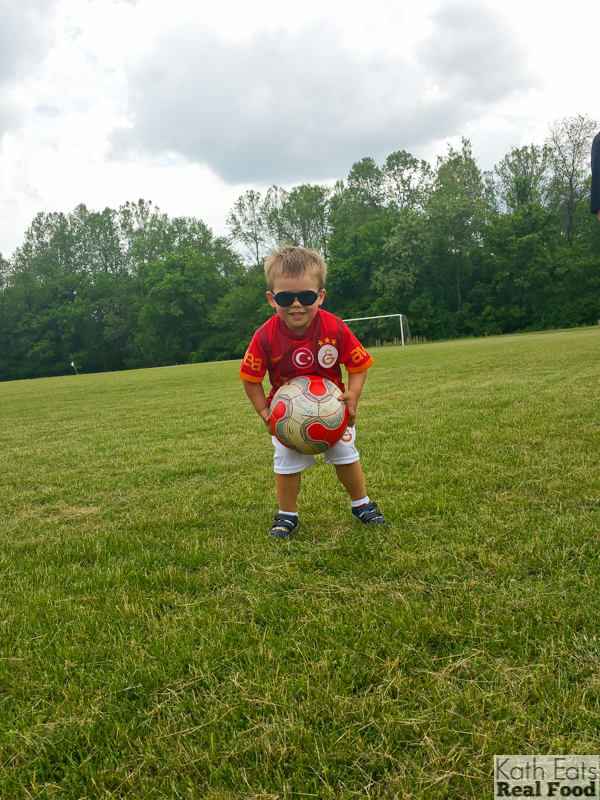 My legs were absolutely dead at the end, and I have the worst soccer shorts/socks tan. 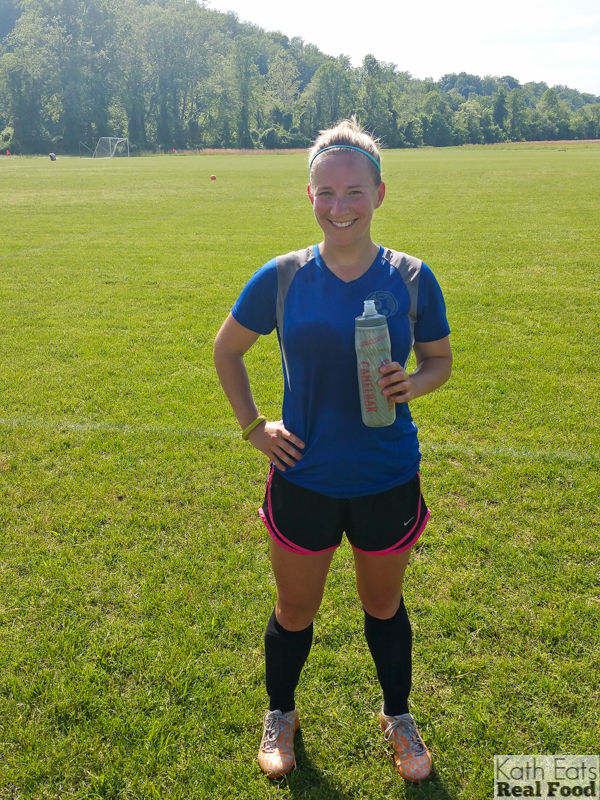 I played 5 hours of soccer (including breaks and halftimes) and feel like the Survivor contestants when they get voted off and want to eat everything in sight. Matt made us black bean burgers and sweet potato fries for dinner. Hit the spot! I crashed hard onto the couch for the rest of the evening.

Hope you had a great weekend as well!