You are here: Home / Weekend / Weekend Of Jambalaya 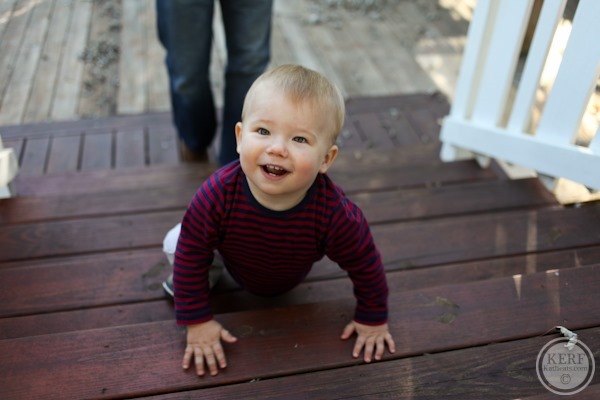 How was your weekend!!? Despite coming down with a sickness on Halloween, Mazen rallied for the second half of the weekend. He rocked and climbed his heart out! 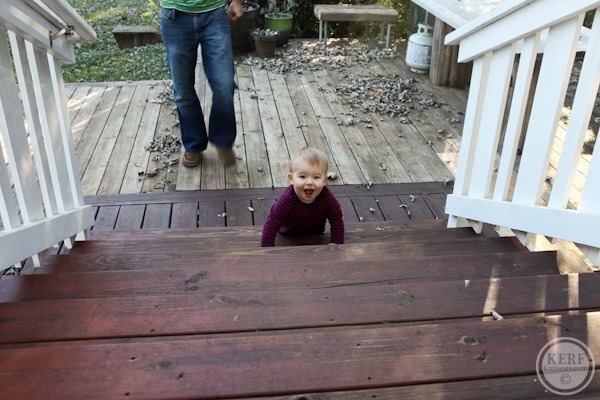 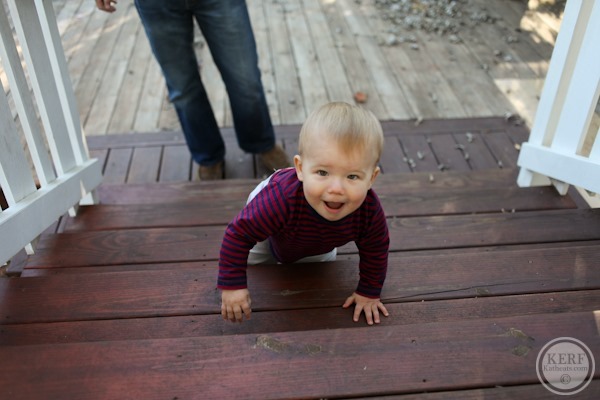 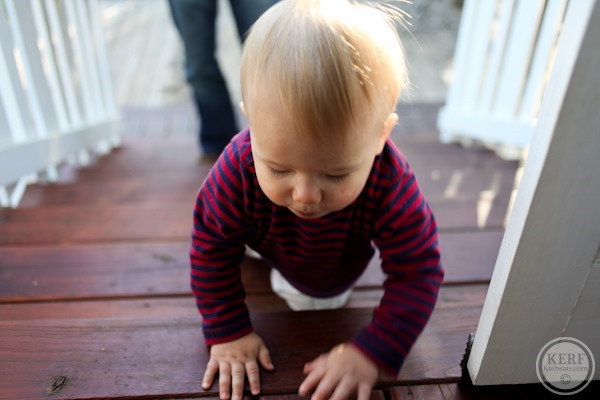 He’s getting really good on the stairs. But he doesn’t understand that he’s not allowed to stand up in his rocking chair. You can see him testing the waters here to see what we would do. 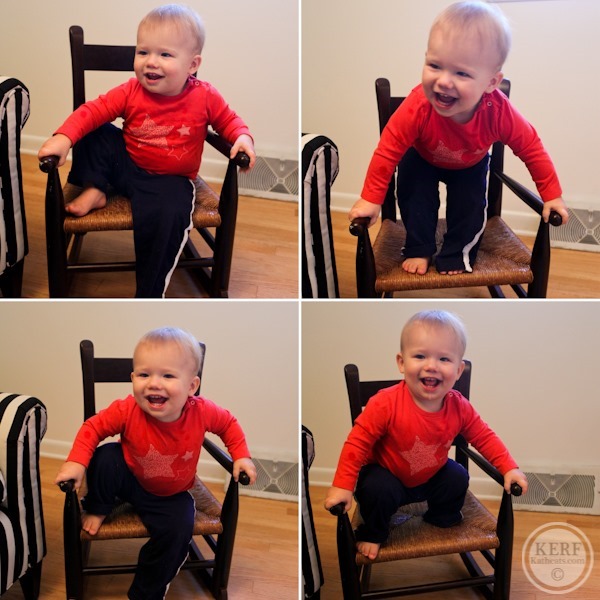 On Halloween he was sick with a fever and we didn’t get to go out with his friends. Next year I hope he’ll be ready to trick or treat. 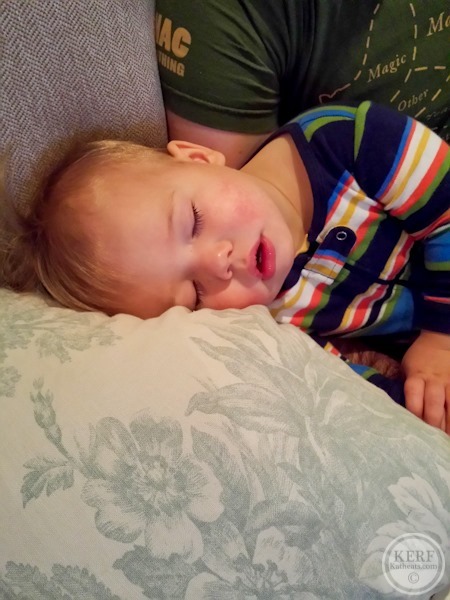 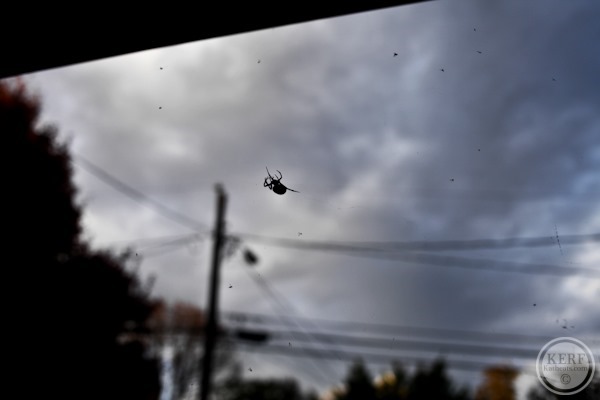 On Friday night our friend Jeff came over and cooked us jambalaya! Having spent 14 years in and around New Orleans, he’s got the technique mastered. I’m planning a separate post with the recipe. 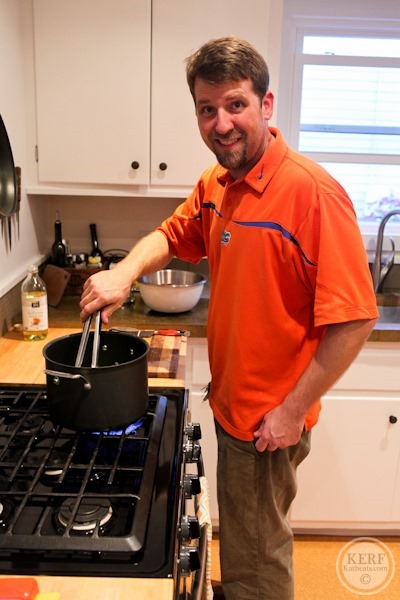 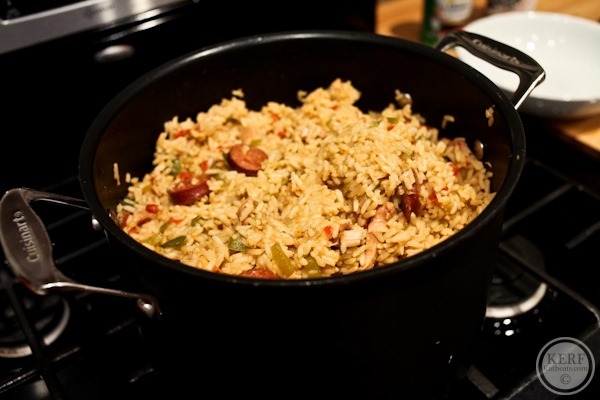 Ours had chicken and Andouille sausage and was wonderful! 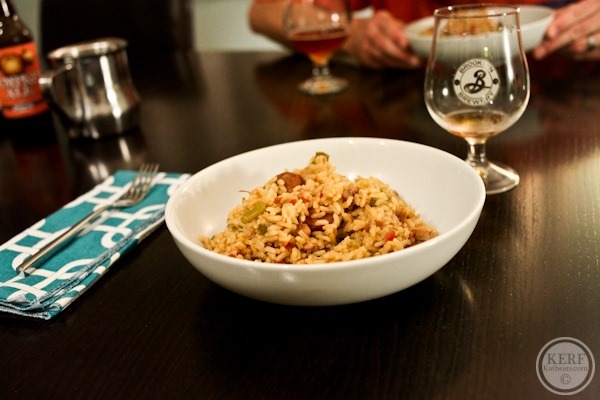 Along with the jambalaya went a pumpkin beer tasting – just some old favorites! Williamsburg Alewerks and the home brew won by a long shot over Cottonwood and Dogfish. 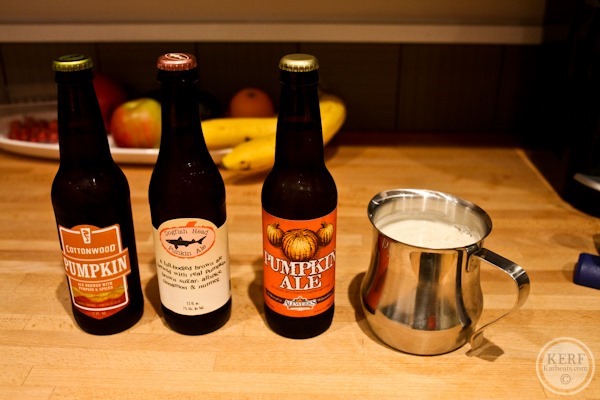 Saturday we went to the city market where we met Matt on a break from the bakery. M is old enough now that he wants to get out and play, and he would disappear in a second if we let go of his hand. He is not shy! 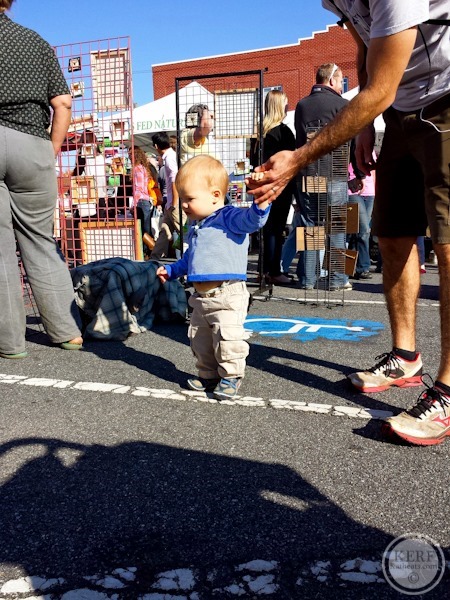 I picked up some veggies and squash, local smoked trout, goat’s milk soap and a gorgeous feather necklace from Girls Day Out! 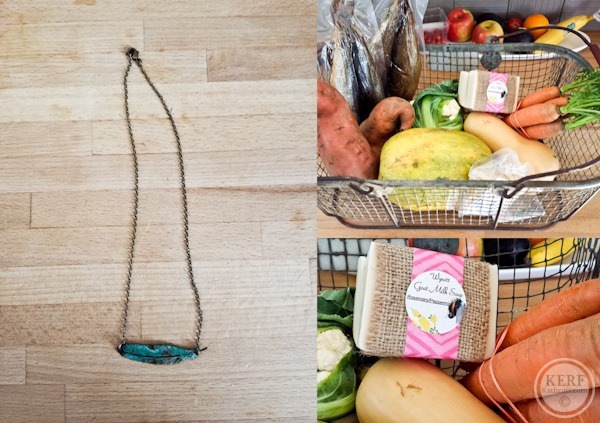 It was quite a warm day, but fall was otherwise around us everywhere! The trees are now at their peak, but I have a feeling they will be totally bare in just another week or so. 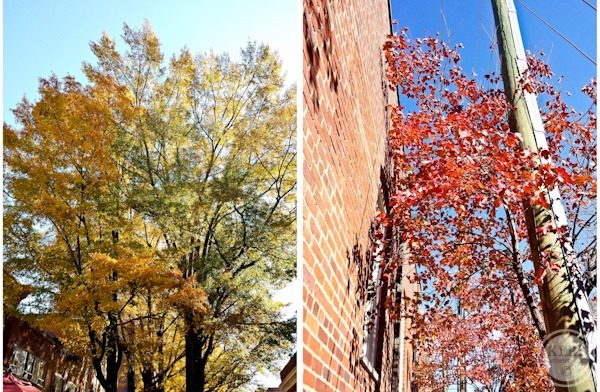 Saturday afternoon I got to take a lovely nap. Mazen was up from 4am onward two nights in a row and I was exhausted! 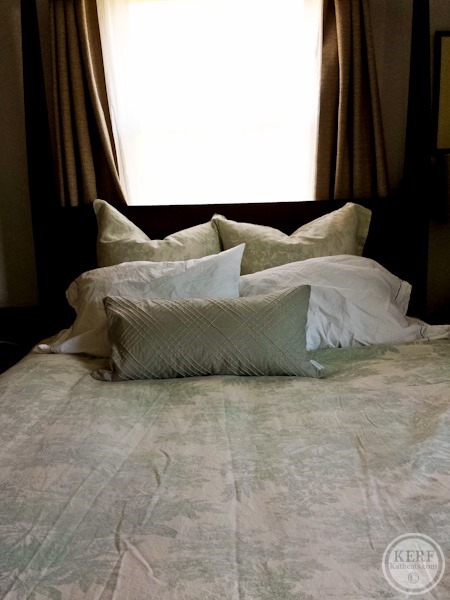 Saturday night we made plans with Jeff to eat up the giant pot of leftovers we still had! The good news is the jambalaya tasted just as good the next night. 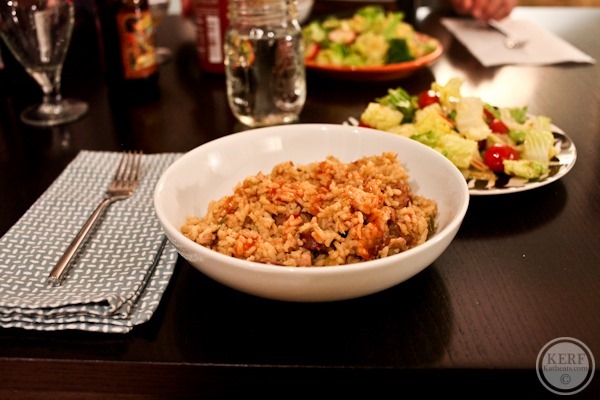 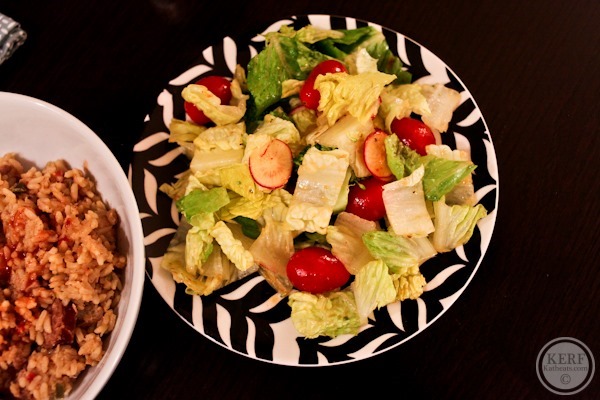 We also tried this beer – holy moly Peanut Butter Chocolate! Wish I could say it was the best ever, but I thought it tasted a bit artificial. 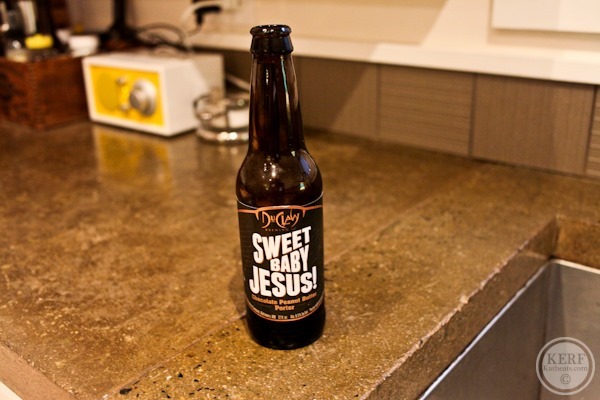 I went to bed early and woke up to make pumpkin pancakes on Sunday. I kept them simple with just butter and maple syrup on top. Surprisingly, less seems to be more these days. 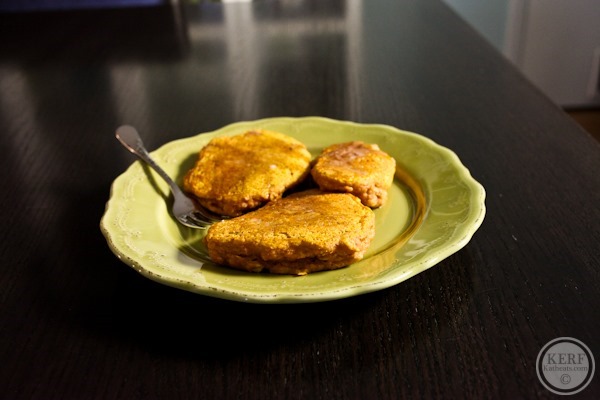 I piddled around the house doing projects and we cleaned up the garden and did lots of playing in the yard. 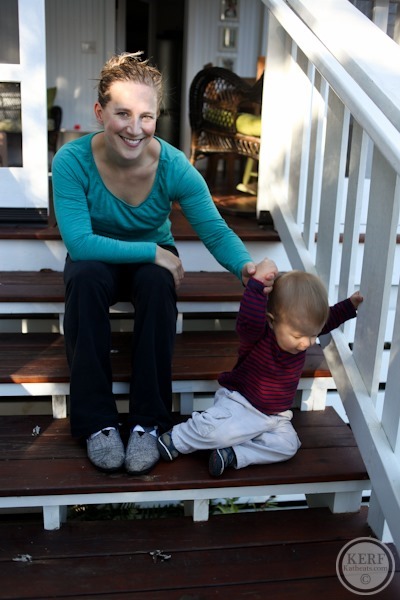 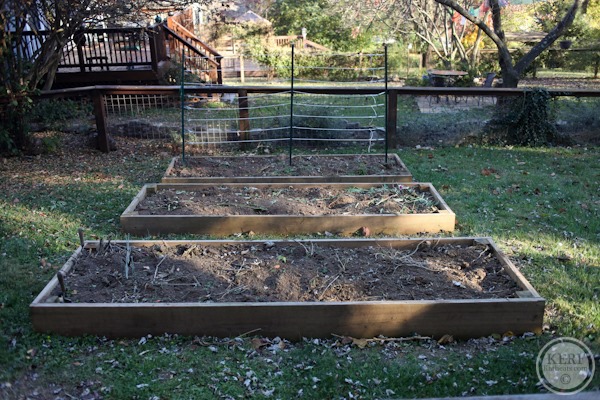 I also had a soccer game (we won!!!), went to Trader Joe’s ate carrots with sunbutter for lunch, worked on this blog post and then had a delicious dinner with Karen. 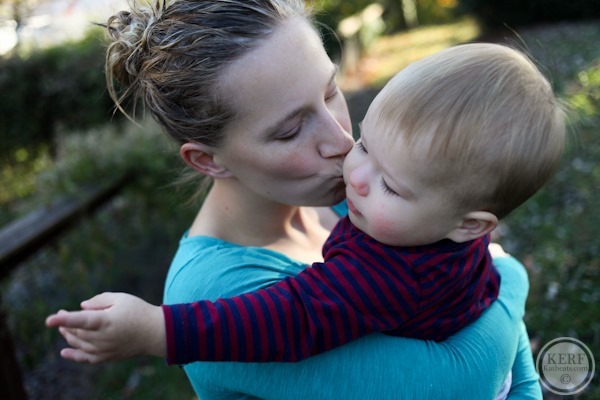 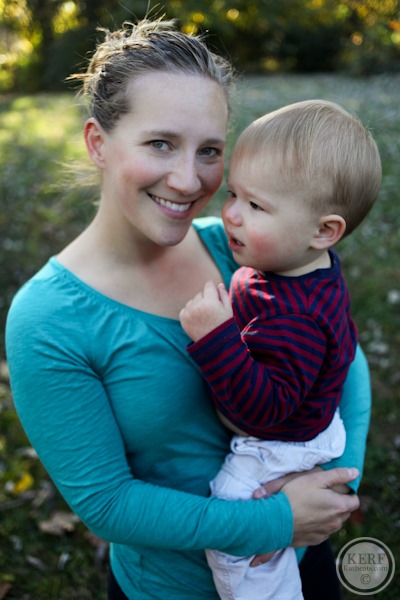