My NYC trip was an UN-April Fools joke. This planner girl doesn’t book spontaneous trips to NYC!!? But you guys believed me.

And you should have…because I’m really going!!

But I’ve been planning the trip for about a week now because OPEN SKY is my host! I’m making a promotional video for them today! It just-so-happened that I really do have Good Friday off and could fly up. What are the chances!?

I was going to keep the trip a secret and just publish my AM post from the big city, but I figured the UN-April Fools would be more fun. Guess you guys know me too well! Kind of wish I hadn’t been going so I could have said “gotcha” to all of you who commented.

A big thanks to KAREN for taking me to the airport this AM. Security was surprisingly a breeze. And everyone was SO NICE today – a first! But I did get stopped for my breakfast. Yogurt in plastic containers has never been a problem, but gels in jars must be….

Yogurt in a jar 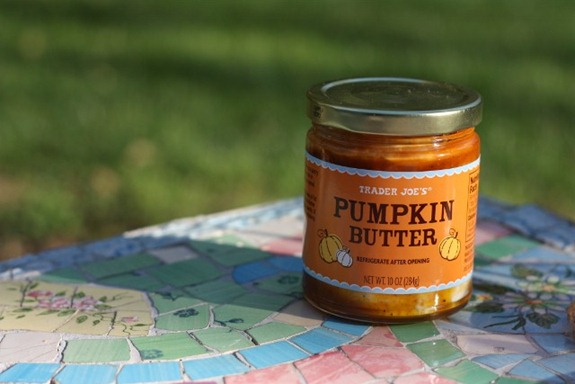 We now use oats to help get the last nut butter out – why not use yogurt to get out the jam!? 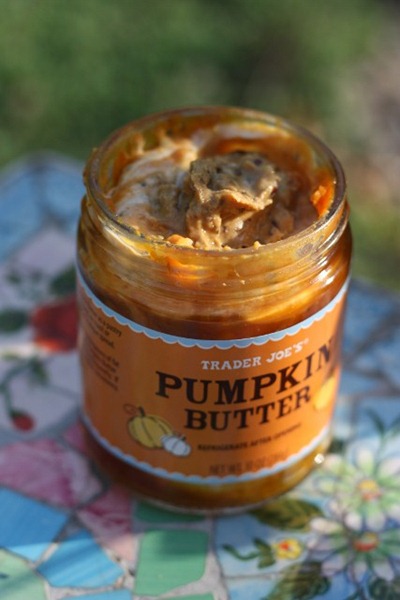 When preparing for my flight today I wanted a portable breakfast but also something that I could recycle when I was finished so I wouldn’t have to wash a tupperware. Yes, a PB+Banana sandwich would have been easier, but sandwiches don’t fill me up as well as yogurt, which was what I really wanted!

Enter the almost-empty pumpkin butter jar, which I filled with: 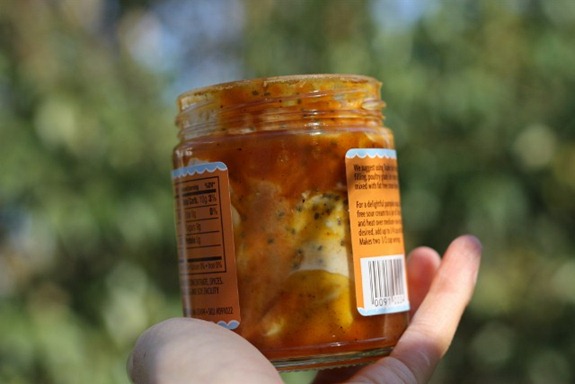 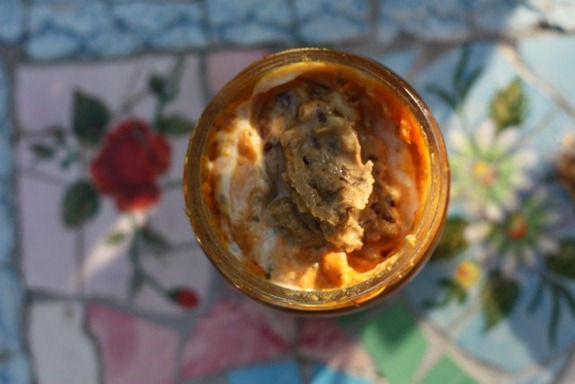 If I could have fit them, I would have added oats too, but instead I ate half of an Alliebar and am saving the rest for an 11AM snack upon landing in NYC. 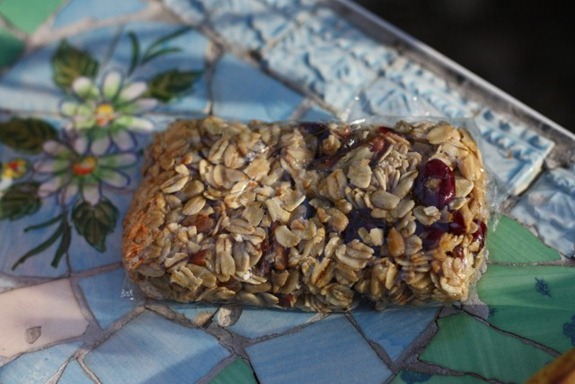 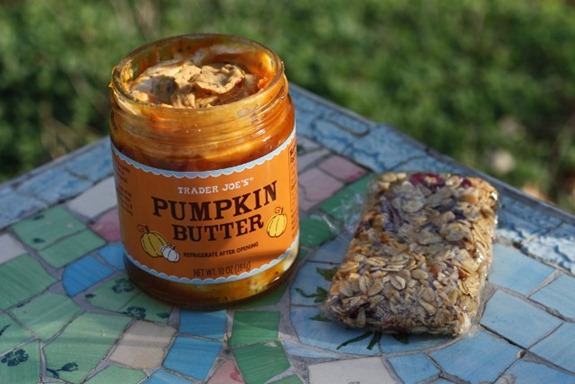 So that’s the modeling shoot….

Starbux Cappuccino. I first ordered an Americano (which I thought was coffee and steamed milk, but apparently it’s just hot water??? I was confused. She said “it’s hot water”) so I quickly switched to a Cap – which was almost TWICE as expensive!! GRRRR!!! 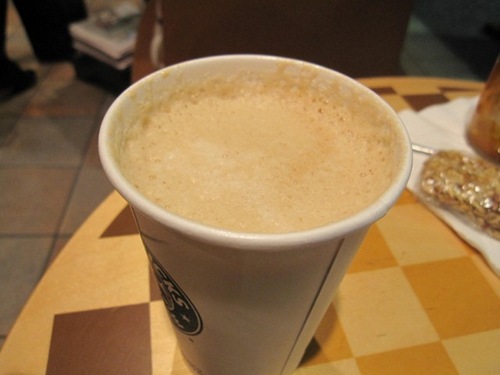 (Apparently my name is Cathy 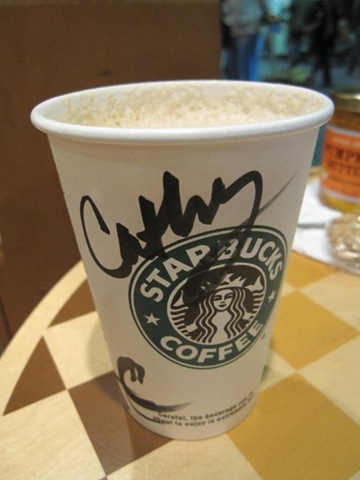 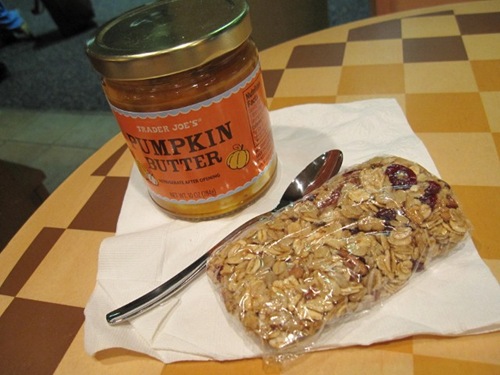 Three cheers for Charlotte’s FREE internet!! A lifesaver every time 🙂

See ya’ll from the open sky!