You are here: Home / Lifestyle / Twist (and Shout!)

I met Emily at Y2Yoga for a 2:15 hot yoga class. It was great to catch up with her, and yoga was once again, awesome. I feel like I am making some good progress with yoga! I felt really strong in many of the poses today, and with the help of Tanner, my body twisted in ways it hadn’t been able before. He has really helped me so much with the poses and stretching myself to the limits. I did some of my first binds today (although I couldn’t have done them without being physically molded into position!).  I love, love, love the personal attention you get at Y2Y (and I got another one of those amazing foot massages during savasana because the class was small!) I’ve never attempted a bird of paradise before, and the other night when I did some YogaDownload, I tried one and actually did pretty well!  Progress!

Lucky me, Aurorae sent me a really nice yoga mat to review for the blog. 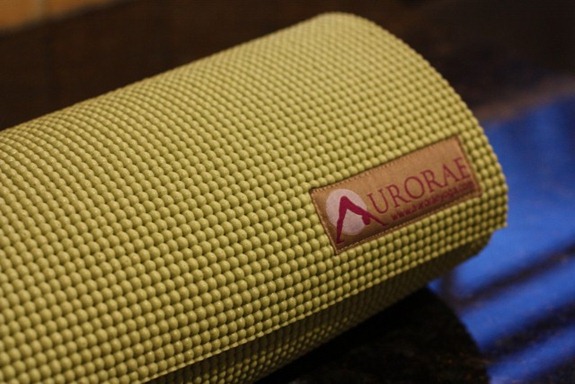 The one I’ve been using is a hand-me-down from Kelsey, and while it’s been nice, this mat is a bit of a step up 😉 First of all, I love the color. Green is my very favorite! I also loved how long it was compared to my old mat, and actually for the first time during hot yoga I rejected my towel. It was bunching up on me and I kicked it aside because this mat is sticky enough that I was ok without a towel. (I’m getting a Yogitoes towel for Christmas though (at least I put it on my list for Santa!) so I’ll use that for the sweatier vinyasa classes.) Thanks, Aurorae, for the great mat! 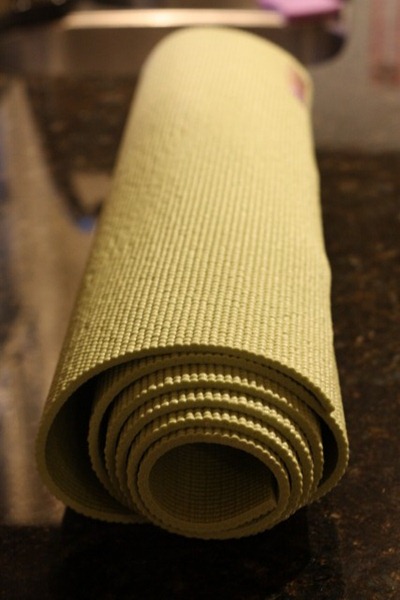 Yoga was at 2:15, so I was kind of – in a bind – with what to do for lunch. However, my oatmeal held me over really well so I just had a snack before I left – a Clif Bar for Operation Eat-The-Bar-Stash. This flavor was OK – the oatmeal raisin is still my favorite flavor (although I’ve never had carrot cake!) 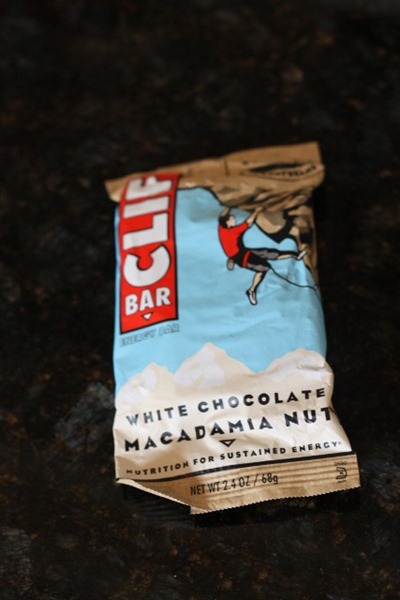 When I got home from yoga at 4PM I still wasn’t that hungry, but I was definitely ready for a little lunch. Or dinner!? 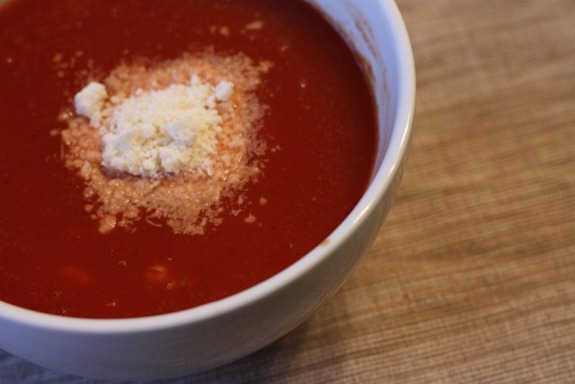 I decided on soup, which was quick and easy, and tried another of the Dr. McDougall’s I was sent to try. Today: the Roasted Pepper Tomato. I’ve tried the Minestrone, which I liked, and the Split Pea, which I didn’t like.

I added a half cup of leftover brown rice and Bob’s Red Mill grande grains to the soup along with some parmesan cheese. 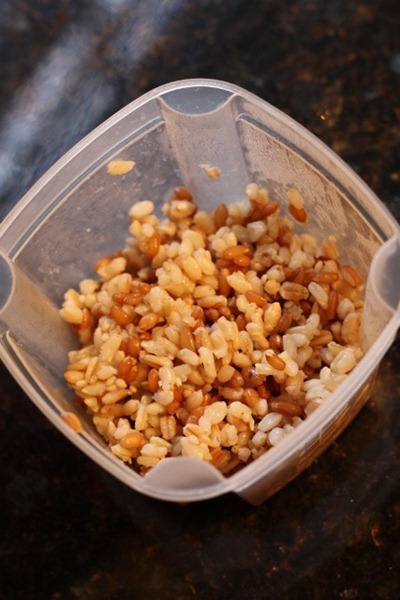 The roasted pepper tomato was GREAT!! None of that fake onion taste and lots of nice flavor. 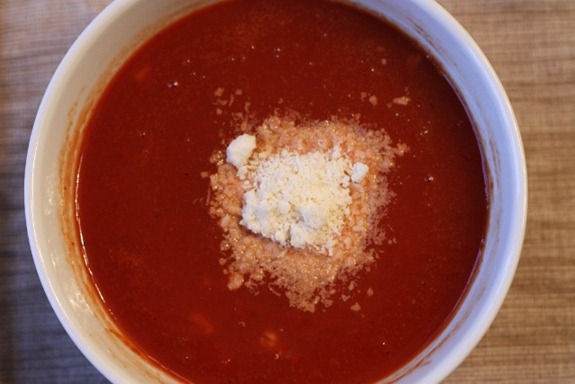 On the side As an appetizer I had some kashi crackers, but I ate them all while the soup was heating! 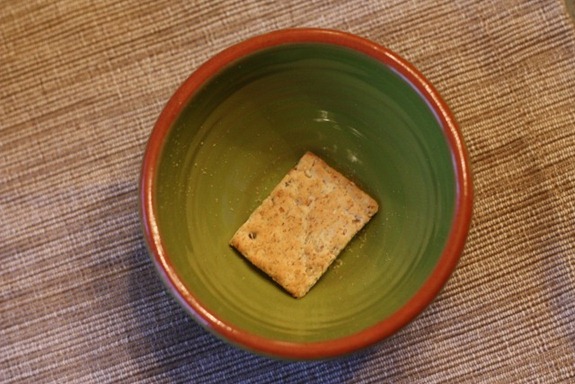 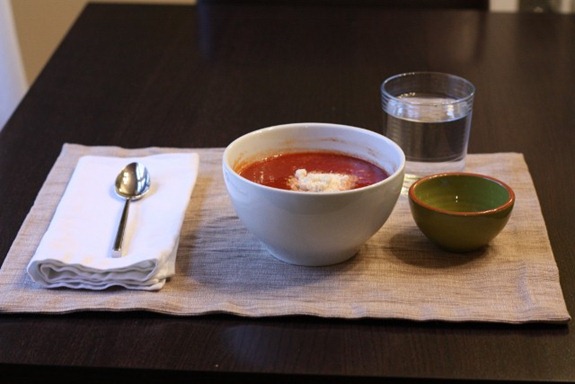 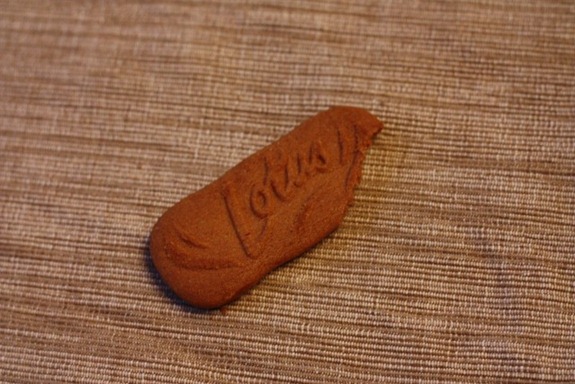 Since I had lunch (dinner?) at 5PM, I asked Matt if he cared if we postponed the mac n cheese recipe and just have snacks for dinner (he had lunch really late too). He said sure. Until 7PM came around and he was complaining that our fridge was too bare and he didn’t know what to eat! I said we could make the mac and cheese if he wanted and I’d just have a small bowl and he agreed. So we set to work.

Unfortunately I cannot share this recipe because it’s for a new mac and cheese blog!! But you’ll see it in a few weeks 😉

I really wasn’t hungry, but the mac was too tempting with its secret ingredient so I had a small bowl after all. 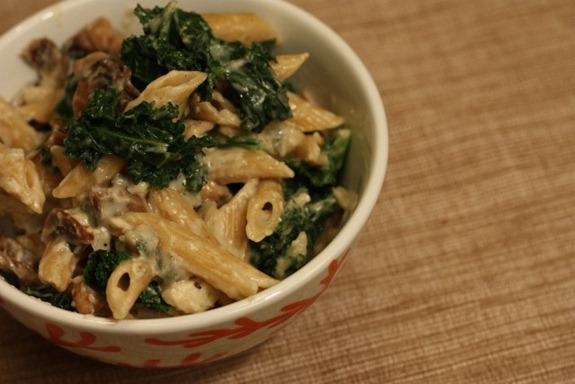 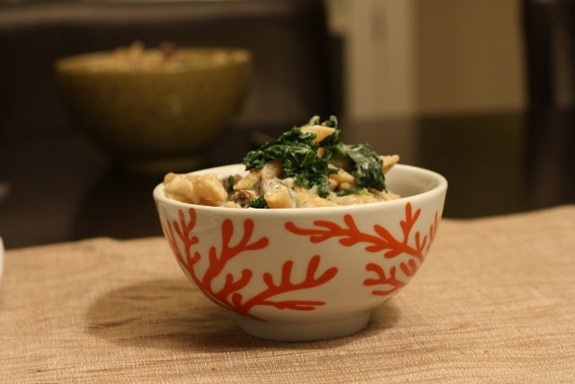 Matt opened some mead he made and it went SO WELL with the mac that I had a small pour of that too. 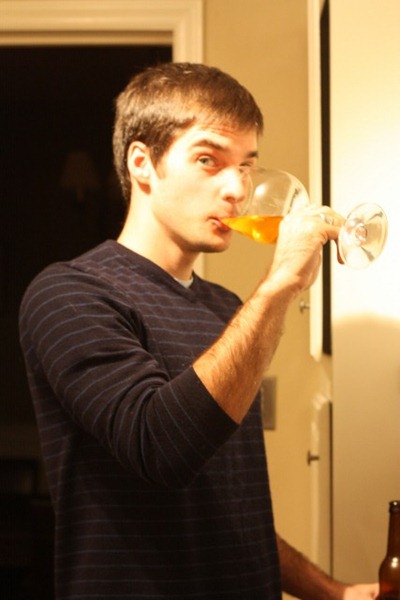 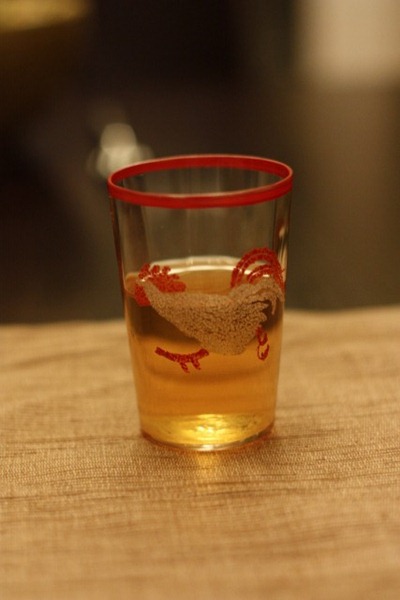 The view from the masculine side 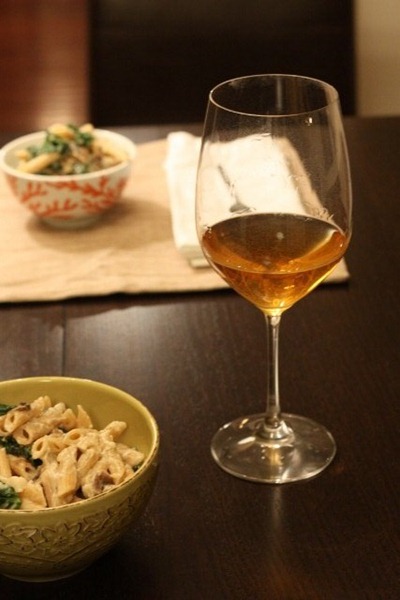 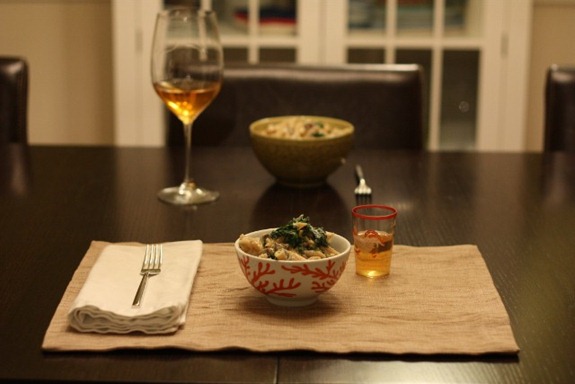 After dinner we watched Lampoon’s Christmas Vacation! Can you believe I’d never seen it? I’m much more of a Home Alone, Grinch, Rudolph and White Christmas girl. It was good – for a movie from 1989! Had it been made in 2009 I would have hated it. Loved all the period acting, costumes and props 😉 Did you catch a glimpse of their computer!?

We didn’t get around to any Xmas decorating or tree shopping because I was in sweatpants after yoga. It’s on the calendar for Tuesday!

Having another Biscoff and then going to read bed!!